Last year, 86 migrants rescued from the Mediterranean by the charity ship Aquarius were taken in by Portugal. The southern European nation, which wants to fight its demographic decline as much as it wants to place itself on the map as a "humanist" country, is one of the EU's few member states that willingly opens its doors to new migrant arrivals. InfoMigrants went to meet 19 "Aquarius migrants" who were taken in by Portugal in July and who have been housed in a former religious seminary in the town of Fundão, northeast of Lisbon, since September.

"What I knew about Portugal before I got here?" The question makes Augustina Sunday laugh. "The first time I heard of it was in Italy!" Augustina is from Nigeria and was forced into exile at the age of 19. In June 2018, she and her fellow travellers were rescued by Aquarius after they were found drifting out at sea on a makeshift raft they had boarded in Libya. Although the ship first docked in Italy, Augustina was sent to Portugal a few weeks later in accordance with the European "resettlement programme" – a distribution agreement struck between several European countries.

Augustina, and 18 other "Aquarius migrants" – from Eritrea, Nigeria, Yemen and Sudan – all qualified for the programme and in September, they were accepted by the small Portuguese town of Fundão, located some 250 kilometres northeast of Lisbon. 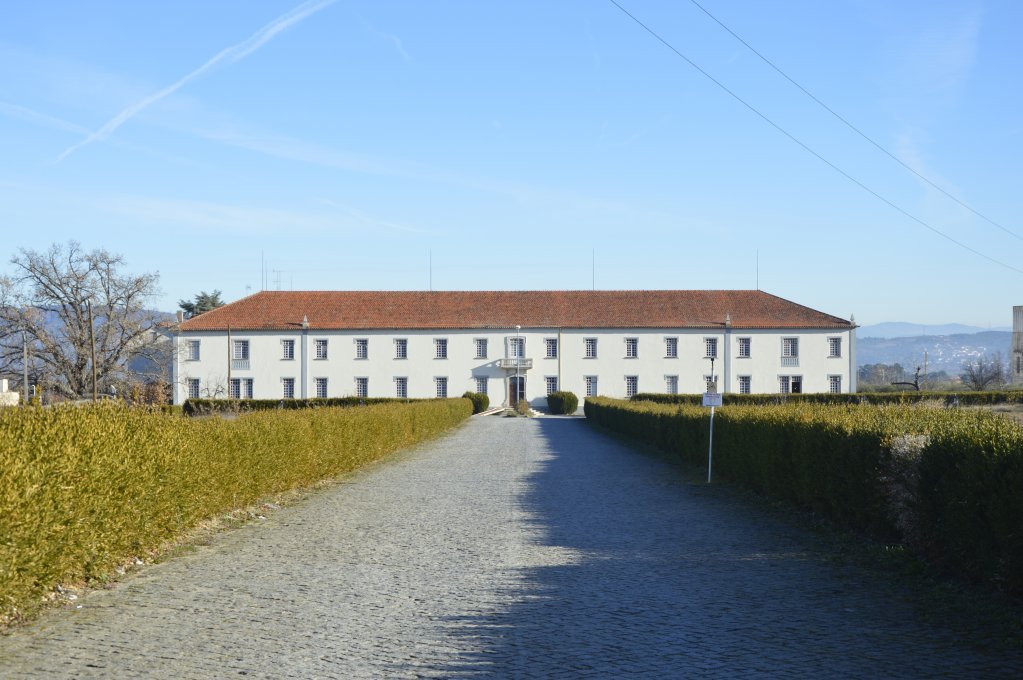 In Fundão, the migrants are housed in a former religious seminar compound, surrounded by vast, green fields. In the entrance, photographed portraits of the migrants have been put up for display. On the one side, the photos depict the migrants upon their arrival in Italy. On the other side, the photos depict them a few months after their arrival in Portugal. The tired facial expressions on the first set of photos have in the second set been replaced by new, smiling faces. But all of the migrants remain scarred by the traumas they've had to live through while on the migrant trail, especially while passing through Libya, where many of them say they were kept prisoners by traffickers. Some of them still have bullets in their bodies, while others suffer from insomnia or eating problems.

While walking through the orange trees in the inner courtyard, Augustina pauses for a moment, then adds thoughtfully: "What I know now, is that Portugal is a peaceful country." 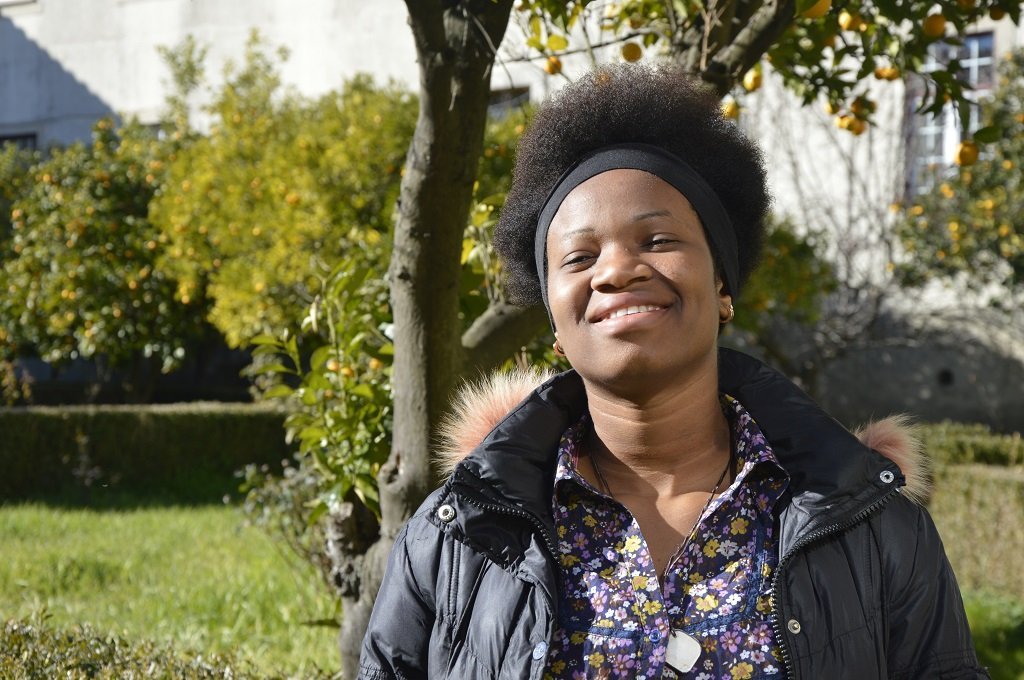 On the ground floor of the compound, one of the rooms has been transformed into an office. This is where Paula Pio, the coordinator of the reception centre, spends her days juggling grant applications, food distribution and the administrative paperwork for the migrants living there. She has two members of staff and two interns working with her. "With everything we have to manage, no day is alike here!" Paula explains. She used to head up the social affairs unit at City Hall.

Together with the High Commissioner for Migrants in Portugal (ACM) and the Portuguese Immigration and Borders Service (SEF), the municipality of Fundão volunteered to take in the Aquarius migrants. Even though the town had previously hosted foreign students and seasonal workers from Portuguese-speaking countries in the compound, Paula says the arrival of the asylum-seekers has proved a whole new challenge.

"In between legal support, health checks and intensive courses in Portuguese, the first few weeks were really, really intense," she recalls.

The migrants living there have the right to housing, food and administrative support for a total of 18 months. They also receive €150 per month to cover personal expenses. To date, only one person, a Yemeni, has left the program to reunite with his family in Germany. 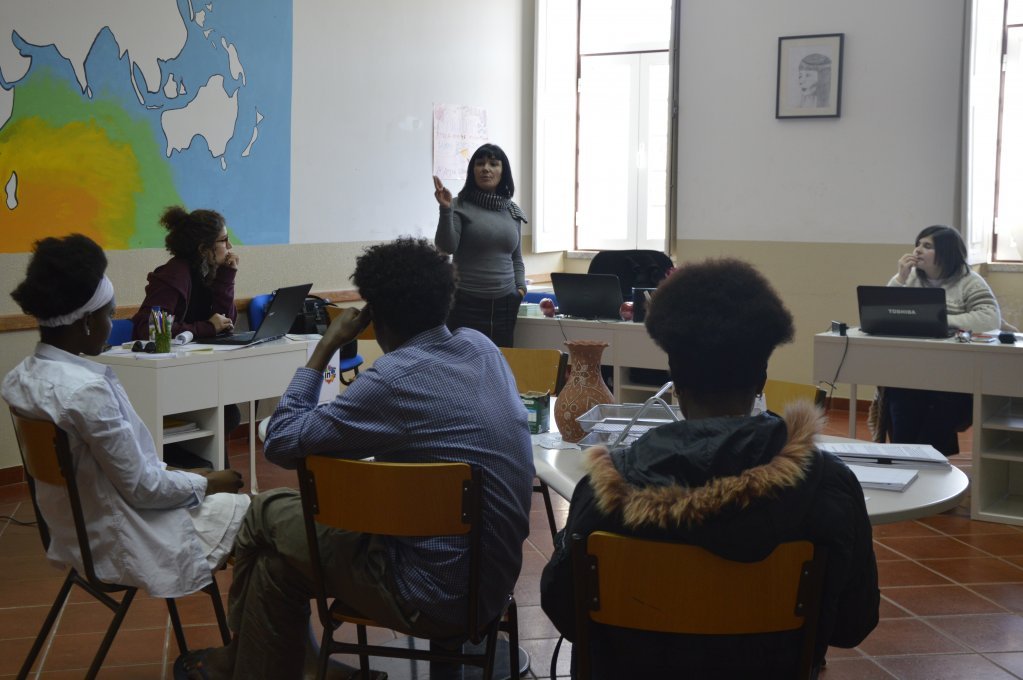 Thanks to the support of Portuguese authorities, and especially the SEF, the migrants' asylum demands have been fast-tracked. In November, they were given provisional six-month residence permits – the time needed to process their cases. The permit also allows them to work.

For many of them, it’s been an advantage to have been accepted in a small town as they look for work. "Since December, the entire City Hall network has mobilized to integrate them with the local businesses we know, or with which we are in contact with," Paula says. "Every single one of the migrants have told us that it’s important for them to find some sort of rhythm in their lives and to be financially independent, in particular so that they can send money to their families at home." Just four months after they arrived, 13 of the migrants have found a job in or near Fundão.

Gebru Mehari and d’Hadush Tsegay, from Eritrea, work 20 kilometres away from the compound. Every morning, a manager from Unitom Farming – a fruit and agricultural business that owns some 120 hectares of cherry trees, peach trees and olive groves – comes to pick them up to bring them to work. 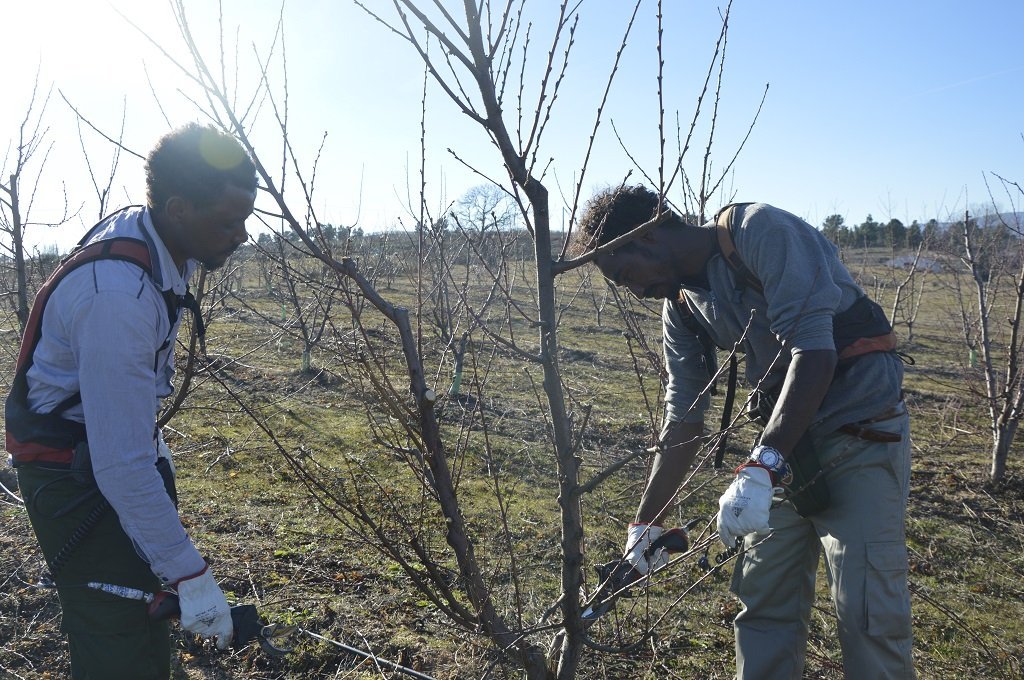 Today, they’ve been assigned to prune peach trees at Quinta das Rasas, one of Unitom Farming’s many properties. They both use hand gestures and the few technical words they’ve learned in Portuguese to communicate with their colleagues, of whom several are from Nepal and one is from Spain. Gebru Mehari explains in broken English that he has never worked in agriculture before. But it doesn’t seem to be a problem for him. "It’s easy to learn and the people are nice," he says.

D’Hadush speaks neither English nor Portuguese. But his broad smile speaks volumes as he looks out over the sundrenched fields.

"They arrive here each morning with great enthusiasm and ambition," Aires Proença, the head of the team, says proudly. "Here, it’s enough to want to learn, it doesn't matter whether you're Portuguese or not."

Agriculture – a sector with jobs

Gebru and Hadush are not the only ones among the Aquarius migrants to have found work in the agriculture sector. Habtom Bayre and Namareiam Gebrekidan, also from Eritrea, have just been hired by a fruit juice company. "There is strong demand because we're in a region suffering from depopulation, where there is a shrinking workforce, especially in agriculture," Paula explains.

On more than one occasion, Prime Minister António Costa has stated that his country needs these new migrant arrivals to counter Portugal's aging population and declining birth rates.

Since last summer, Portugal has repeatedly said it is willing to accept migrants participating in European resettlement programs, and that it will view resettlement requests from migrants who've been rescued by humanitarian vessels favorably. In 2018, Portugal accepted 86 migrants rescued from the Mediterranean.

It's late in the afternoon, and the atmosphere at the compound is changing. At 7pm, just as Paula's team is in the midst of closing up the office, a "Portuguese for all" class starts in one of the compound's many classrooms. The class is taught by a teacher from the Institute for Employment and Vocational Training (IEFP) and is open to all foreigners living in the region.

Gebru has just come back from work and taken a seat in the classroom, placing his big black binder filled with sheets full of Portuguese vocabulary in front of him. He's translated some of the words into Tigringna, his native language, on the sheets.

For him, learning Portuguese has been one of his greatest challenges since arriving in Fundão. But he hopes to master it soon because if he is granted asylum, he wants to make his life in Portugal, together with his wife and two children who are still in Eritrea.