When being a migrant can be bad for your health

Migrants arriving in Europe might assume that they are coming to countries with high standards of health care, and this is often true. But the reality, the World Health Organization says, is that migrants' access to treatment in these systems can be limited. Pregnant women migrants and refugees - and their babies - also continue to face much greater health risks than other women in Europe.

Migrants and refugees are likely to have good general health. That's the good news in the WHO's first ever study of the health of displaced people in Europe. The bad news is that it's followed by a number of serious "buts" – two are especially worrying.

Pregnant women and babies at risk

For migrant and refugee women in Europe, pregnancy and childbirth carry greater risks. Induced abortions, caesarian sections and complications during childbirth are all more common among migrant women compared with non-migrant women, according to the WHO. Some of the differences between the two groups are stark: for example, African refugee and migrant mothers in Sweden were found to have 18 times more risk of neonate death (when a baby dies within a month of birth). Babies of migrants and especially those born to refugee mothers tend to have low birth weight and are more likely to be born prematurely. 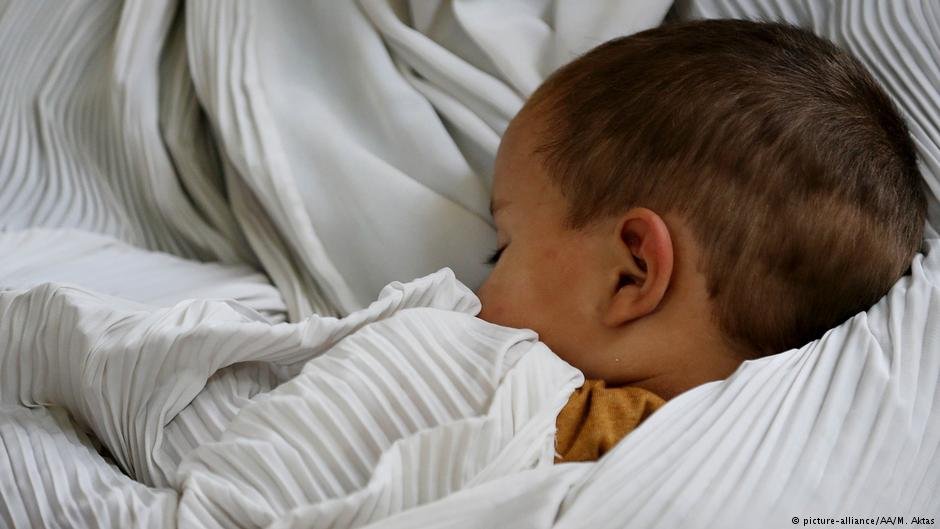 A migrant woman in Europe is more likely than a resident citizen to die in childbirth. In France, maternal mortality is two-and-a-half times higher among refugee and migrant women than women born in France.This rate increases to 3.5 times higher for women from sub-Saharan Africa in France.

There are different reasons for the higher number of stillbirths, miscarriages and abortions and neonatal deaths for migrant women. Among the causes are delays in seeking health care, refusal of medical interventions, inadequate medication and interpersonal miscommunication – all are avoidable factors.

Some of the risk factors for poor maternal health of migrant women are directly related to being a migrant – poor living conditions, unemployment, the need to support families and poverty. These risk factors expose migrant women to further risks including HIV infection, other sexually transmitted diseases and tuberculosis.

As well as suffering more physical health problems, migrant women tend to suffer from mental health problems before and after pregnancy, especially postnatal depression. In Portugal, the risk for postpartum depression is more than six times higher in migrant than in non-migrant mothers. Social isolation, lack of support, language barriers, problems within the family, cultural conflict, and not being in contact with the partner are all factors that are to blame, says the WHO.

Another major area of concern for the WHO is the disparity in migrants' access to health care across the European region. The UN agreed more than half a century ago to recognize the right to health as a human right that should not be dependent on nationality or legal status. But this week's report confirms that this right is being systematically contravened across the European region. Depending on where you are and your status as a migrant in Europe, you may be able to access the same level of health care as the rest of the population, or none at all.

The European countries in which asylum seekers have the same access to health care services as the general population include the Netherlands, Norway, Spain, the United Kingdom, and France, which sets the gold standard, according to David Ingleby, an expert on health and migration from the University of Amsterdam. In France, even undocumented migrants are entitled to the same health benefits as resident citizens, though many are unaware of their rights and find it difficult to access health care, according to Doctors of the World (Medecins du Monde).

In some countries, such as Austria, Greece and Ireland, there are conditions for entitlement to treatment, such as residence in reception centers or designated areas. In other countries, including Portugal, Finland, and Switzerland, access for asylum seekers extends beyond emergency health care but does not match the entitlements of nationals. In Germany and Hungary, the situation is most restrictive, as most asylum seekers are entitled to emergency care only.

The situation in Germany, where there are restrictions on care that asylum seekers can receive in the first 15 months of their stay, must be reviewed, says David Ingleby. During these 15 months, asylum seekers only have access to medical treatment in the case of acute illness and pregnancy. They can also receive vaccinations. Chronic diseases such as diabetes and mental illness are not generally covered.

"Denying easy and early access to healthcare not only ignores the right to health, but actually increases costs," Ingleby told Research Gate. In 2016, Germany's restrictive policies were shown to increase the cost of health care by more than 370 euros per year for each asylum seeker, Ingleby says, adding that the policies do not deter asylum seekers from coming to Germany.

First WHO study of migrant health in Europe

The WHO's Europe region covers 53 countries including Russia, Turkey, Israel, and Central Asia. Migrants make up about 10 percent of the population, or 90.7 million of the region's 920 million people. Less than 7.4 percent are refugees.

Other important findings of the WHO report include that:

Report on the health of refugees and migrants in the WHO European Region: no public health without refugee and migrant health (2018)

10 things to know about the health of refugees and migrants