Libyan authorities are holding 144 people, including four children, in a detention center in the city of Misrata. The group was rescued from the Mediterranean three days ago by the cargo ship 'Lady Sham'. The UN says they should not have been returned to Libya, and Europe must ensure rescued migrants are allowed to disembark in a safe place.

The UN migration agency, the IOM, has confirmed that 144 people rescued by the Lady Sham disembarked in Misrata on Tuesday. The IOM in Tripoli told InfoMigrants that the group included 26 women and four children.

"Some of them are evidently stressed and in a bad psychological state," the IOM said. All the migrants were taken to the Al Kararim detention center in Misrata, where IOM staff have access to them and are able to monitor their conditions.

The Lady Sham, a Sierra Leone registered cargo ship, had picked up the migrants on Sunday after they sent out an SOS signal using Alarm Phone, a volunteer-run Mediterranean rescue hotline. On Monday, Alarm Phone said some of the migrants were "severely traumatized and scared of disembarkation." The group also tweeted that some of the migrants were talking of suicide and that there were pregnant women on board, though no cases of pregnancy were referred to by the IOM. 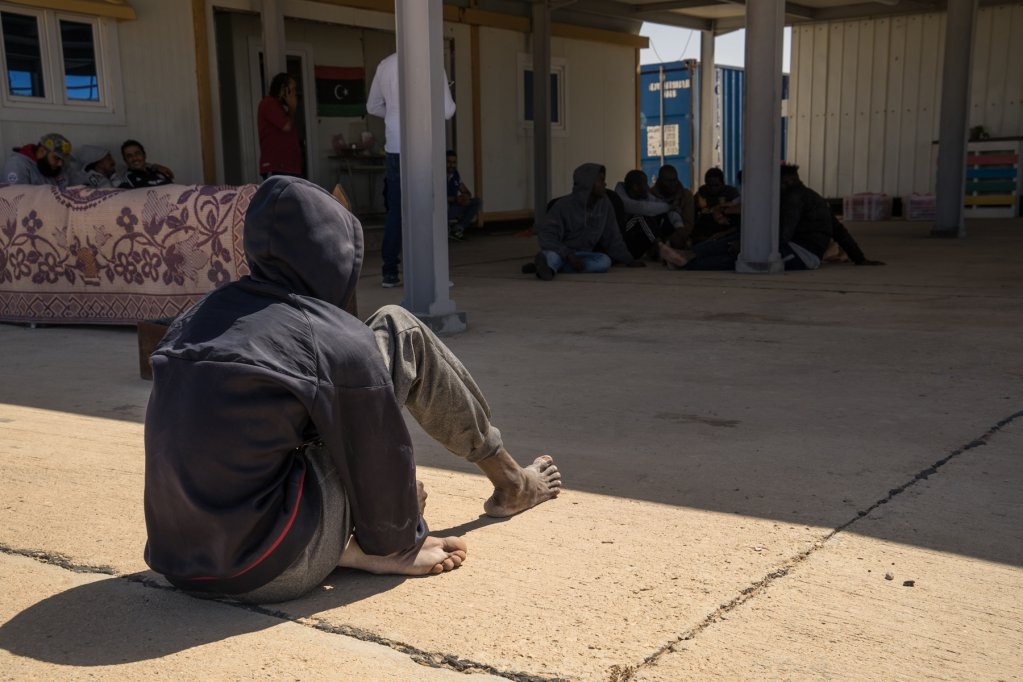 The migrants come from different African sub-Saharan and Arab countries, the largest group being 59 men from Sudan. It also includes nine from Bangladesh. The UNHCR has said they should not have been 'returned' to Libya, where migrants and refugees often experience abuse in detention centers. "Many report going hungry for days on end, not being able to receive dire urgent medical care that they require, others allege to have been tortured in some of these centres," Charlie Yaxley, the UNHCR spokesperson, said. "...We consider Libya to be, to have no safe port for docking rescued passengers at the moment."

Medecins Sans Frontieres, whose medical staff treated the migrants as they disembarked from the Lady Sham yesterday, says the number of rescued migrants being held in detention centers in Misrata and Khoms has risen sharply, from 650 just over three weeks ago to 930 today. "The facilities have been overwhelmed with new arrivals and are struggling to cope," according to an MSF statement.

MSF adds that among those recently disembarked, some are suffering from malnutrition, severe diarrhea and hypothermia. Nearly all detention centers are poorly insulated against winter weather, it says. Sam Turner, in charge of MSF activities in Tripoli, says that Europe should stop the practice of intercepting and returning migrants to detention in Libya "while also continuing to deliberately obstruct lifesaving search and rescue vessels."

The UNHCR'S Yaxley also criticized "politicking around sea rescues" by European countries that have restricted aid groups from conducting missions, but he would not single out any one state. "This isn’t something that any one...of the Mediterranean states can tackle alone," he said. "It needs European solidarity, it needs European support."

IOM spokesman Millman also said there must be a "safe and orderly disembarking mechanism in the central Mediterranean." Millman noted that the NGO vessel Sea-Watch 3, which rescued 47 migrants on Saturday, was still waiting for permission to dock in Europe.

Fewer people are trying to make it to Europe via the Mediterranean. The total number of migrants and refugees to reach Europe by sea in the first 20 days of 2019 was 4,883, according to IOM data. For Italy, January 2019 is expected to be the lowest month for arrivals for more than three years. Since January 1, about 155 irregular migrants have arrived on the country's shores. The Italian interior minister, Matteo Salvini, says the drop in arrivals is the result of his move to close Italy's ports to NGO search and rescue ships and Italy's cooperation with Libya to stop migrant smuggling.

While arrivals are down overall, crossing the Mediterranean has become even more dangerous for those who risk it. According to the UNHCR, at least 170 people have died in two shipwrecks in the past few days alone. The Libyan Navy says nearly 500 people have been rescued over the past 72 hours.