‘I used to have plans for the future, now I just live day to day’

In 2015, *Mohammed was arrested after being accused of selling Christian literature – a crime which carries the death penalty in his native Afghanistan. While in transit to the court, Mohammed managed to escape his captors after Taliban gunmen ambushed the police convoy he was traveling in. Now, he faces imminent deportation back to Afghanistan, because the country in which he sought refuge – Sweden – doesn’t consider his home province a conflict zone.

“I was living in Parwan Province and I had a shop there. I was selling everything from clothes and books, to utensils, pretty much everything. And I had people working for me.

One day, a person came in and asked me why there was a Christian book on the shelf. I had no idea what he was talking about. But that’s when the problems started. After he left, a group of people came back to the shop and beat me. Then, the police came and arrested me. They said I was advertising Christianity and that I would be hanged for it. The police beat me while I was in custody too.

The next day, they were going to take me to the court in Charikar, which is about four to five hours away by car. After driving about two hours, the car got attacked by the Taliban. They were shooting everywhere. I managed to get out of the car and I just ran as fast as I could. The police were shooting after me and I ran up into the mountains. I ran for about five hours.

Finally I made it to a village and got a taxi to Kabul. I stayed with my uncle there, and hid in his cellar for one week. I never left the cellar. After one week my uncle got scared that the police would come and look for me there, and so he said he would talk to his contacts so that I could leave Afghanistan.

At 1am in the morning, I took the bus to Kandahar, then I travelled to Maidan Wardak, then Nimruz, and from there to Pakistan, Iran, Turkey and Sweden. It took me one month and 20 days and cost me $9,000 because I didn’t have a passport or any papers. I had nothing and so I had to pay more.

I decided to go to Sweden because in every country I went to, people kept saying it was a good country, that it’s a country that helps people.

I arrived in Sweden in October, 2015, and sought asylum there. I wasn’t allowed to work and so I studied Swedish and got an internship at a farm where I also lived. I made lots of friends in Sweden.

I waited eight months for a decision on my case, but got rejected. I appealed the decision twice, but was rejected both times. The migration agency said the province I’m from, Parwan, isn’t a conflict zone and that I had four days to leave Sweden or I would be deported by force. I got the last decision on December 11, 2018 and it made me really scared. I can’t go back to Afghanistan, they will kill me there!

I didn’t wait for those four days. I took a direct bus to Hamburg, then a train to Cologne and then a taxi to cross the border into France. I was afraid the whole time that police would come and check my passport. Since I came to Paris six weeks ago, I’ve been sleeping in a tent at Porte de Clignancourt for most of the time. It gets really cold at night. In the mornings, the water that has built up inside the tent from the humidity drips down on you.

This morning, the police came and told us we couldn’t stay at the camp anymore because it’s going to snow and it will be too cold. Tonight I will be staying inside a sports hall. It’s heated and there are beds every half meter. It’s the first time that I’ve got a place there, I’ve been trying to get one every day since I got here. 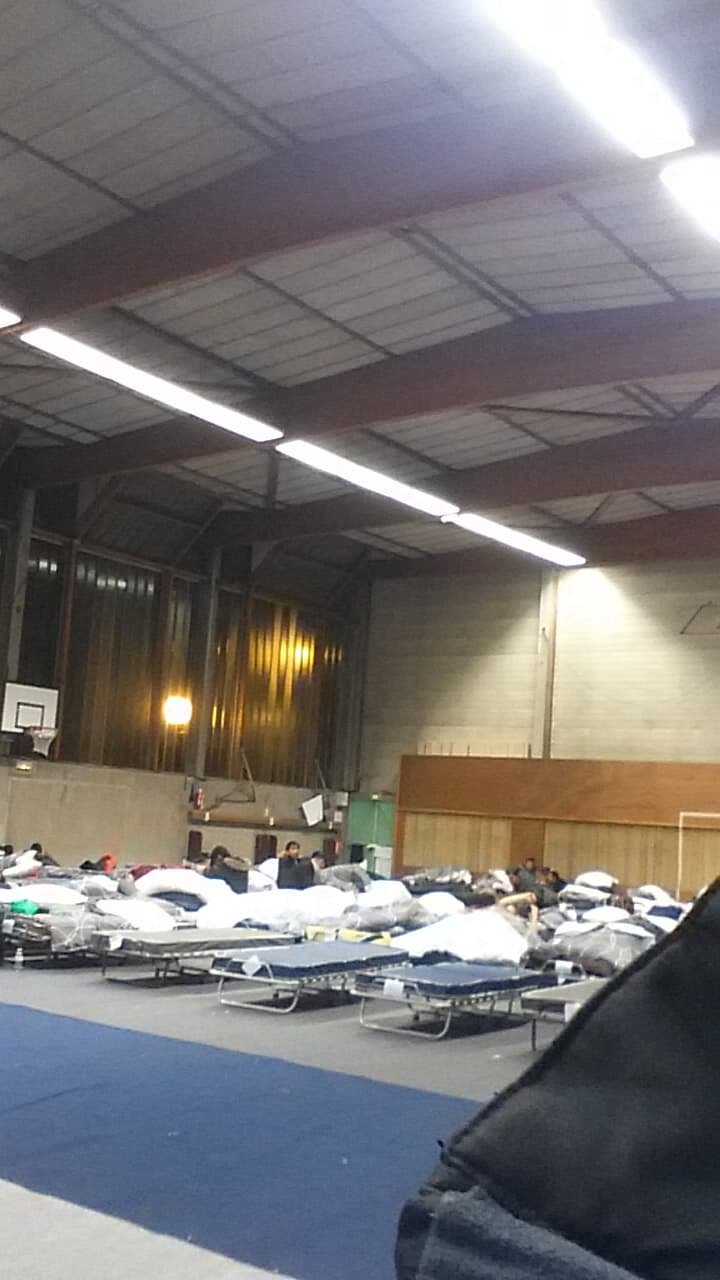 I’ve left my fingerprints with the French police, but I have no idea what will happen now. They’ve told me that I need to find a lawyer by Feb. 11, because that’s when France will decide whether I will be sent back to Sweden or not. If that happens, Sweden will deport me to Afghanistan for sure.

My plans for the future? I used to have great plans. I wanted to expand my business, get married and have kids. Now, I just live day to day. I don’t understand why it has to be like this; I’m a human being too and I just want to live a good life.”

*Mohammed is not the person's real name