At the height of the migratory movement in 2015 and 2016, Cara di Mineo was Italy’s biggest reception center. Now it holds just over a thousand inhabitants. After it was reported that a Nigerian crime gang was operating from the camp, Italy’s Interior Minister Matteo Salvini announced it would be closed by the end of 2019. What effect might that have on Italy’s migration reception system?

Until very recently, thousands of migrants in Sicily were housed in Catania’s Cara di Mineo refugee center. The camp is like a miniature town housed on a former American air force base, about one hour’s drive outside Catania. At its height, it held more than 4000 people who had requested asylum in Italy. In autumn 2018, the numbers were still around 2000. Currently, at the beginning of 2019, the estimated numbers are at 1300, as the newspaper Il Giornale di Sicilia reports, adding that the annual costs to run the center stand at around 30 million euros per year. In 2015, costs were comparatively higher with contracts of around 100 million euros per year, plus the six million euros the prefecture pays to rent the property and land.

For many people all over Italy, Cara di Mineo has become a byword for crime, overcrowding, mismanagement -- a symbol of much that is wrong with the Italian migration system. This week, reports of Nigerian crime gangs operating from within the center are just the tip of the iceberg. In the past, other Italian newspapers have reported violence, rape and even murders linked to Mineo and its inhabitants. Accusations of corruption were also levelled at some members of Cara di Mineo’s former management. They are awaiting sentences in a big anti-mafia trial in Rome.

Full steam ahead with closures

Following the reports of criminal activities, Interior Minister Matteo Salvini has announced he will close Cara di Mineo by the end of the year. This is not the only center he plans to close - under his new security and migration decree, he is going ahead with his program of closures "within months, not years" he declared. He says that the bigger the reception center, the more problems of crime, corruption and insecurity are created both for residents within the center and Italians living nearby.

In fact, Italian authorities around Mineo in Sicily have often complained that their inhabitants’ businesses have suffered. Fields have been ransacked of fruit and vegetables and running a tourist business in the area is unprofitable because visitors are put off by reports of crime in connection with the word Mineo. 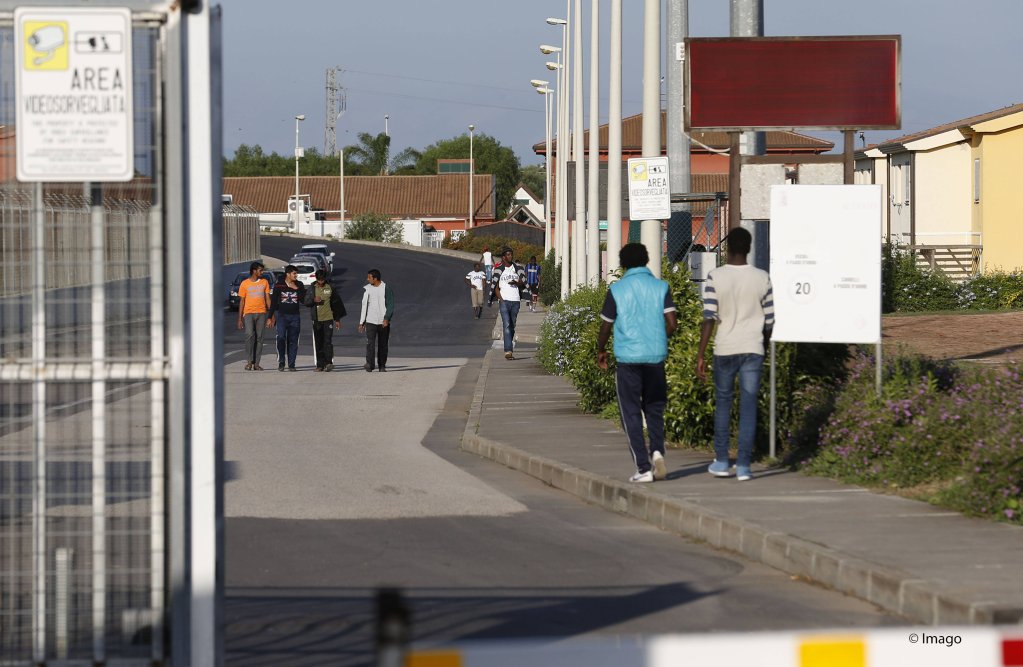 How does the reception system work?

The word CARA is an acronym which stands for (Centri di Accoglienza per Richiedenti Asilo) or a welcome center for those requesting asylum. These centers were initially designed to hold people for a short time until they could be more fully integrated into the secondary welcome network. In reality though, many people end up staying much longer in the CARA until they have had their asylum claim processed. In practice, it is often only at the point that someone manages to obtain some form of residence permit, asylum status or refugee status that they tend to be moved to the secondary system which is made up of a network of so called SPRAR (Sistema di protezione per richiedenti asilo e rifugiati), a protection system for those who have requested asylum or are refugees.

The SPRAR network is run by local authorities and is not for profit. It is paid for by the national government through money channeled to local municipalities and includes housing, financial support, Italian lessons, medical and psychological care (when needed) and the possibility to integrate into the community through training programs and job offers.

The SPRAR system is often singled out for its small scale cooperatives which aim to provide work, housing and integration for the benefit of the local community and the refugees and asylum seekers who take part. The so-called 'Riace model' in Calabria was often cited as a positive example of how a SPRAR could work. After many of its residents had left to find work in bigger cities, the community was regenerated by providing work for migrant inhabitants through a rubbish collection cooperative and kindergarten. In 2017, SPRARs across Italy employed just over 11,000 people. However, their presence is not evenly distributed across the country and not present in every region or municipality.

Alongside the SPRAR system is a private-enterprise system which runs so-called CAS (Centri di Accoglienza Straordinaria) or emergency welcome centers. These were set up in 2014 just to deal with emergency overspill situations but have ended up taking in the majority of people over the course of the last few years and are fast replacing both SPRAR and CARA as the go-to system for the new government.

CAS are also supported financially by the national government but the people that run these networks are private companies or individuals who undertake to provide services for refugees and migrants. Some CAS centers are housed in former institutions but many, like the SPRARs, are divided across networks of private apartments.

The Italian government assigns 35 euros per person per day for both the SPRAR and CAS. Critics of the predominance of CAS systems worry that since they are being run as an enterprise rather than solely to benefit the local community, the managers might be tempted to cut costs in order to turn a profit. Some reports have suggested that some CAS networks offer little or no services to the migrants who are provided housing by them. However, the government is also investigating accusations of mishandling of funds in Riace too. 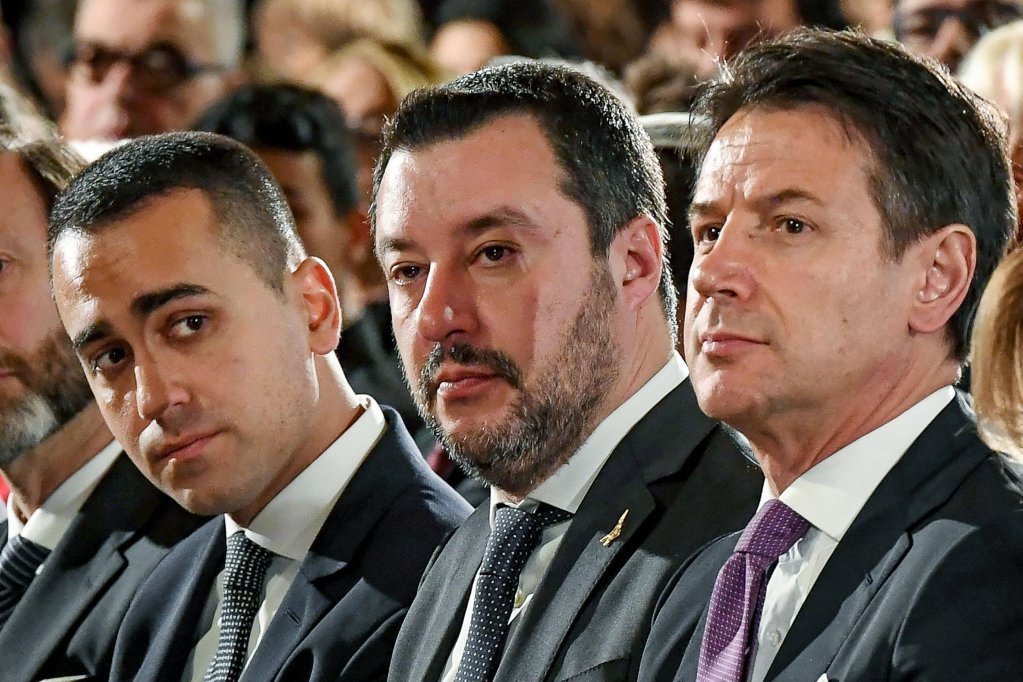 In a report about Italy’s migration system on the LE NIUS blog collective that provides in-depth social analysis of the big news stories, sociologist Fabio Colombo writes that one of the benefits of the SPRAR network is that the money and benefit from training people and integrating them into the local community is redistributed within that local community.

Openpolis, a non-profit foundation making sure data and information is open to the public, and the charity ActionAid published a report in April 2018 about Italy’s migration system citing there were a total of 174,000 people being cared for by the system. Nearly 80 percent of them — 138,503 people — were present in CAS centers, and 25,657 present in SPRARs, 9,5000 were in the so-called 'first reception centers' which have become known as CARAs. Their figures show that more and more people are being looked after in CAS structures. The majority though of migrants in Italy are no longer covered by the system at all.

According to La Stampa newspaper reports of late 2018, the numbers of migrants being supported by the Italian system are a very small percentage of the estimated 4 million non-EU foreigners who currently live in Italy. In addition, La Stampa estimates that there are as many as around 600,000 migrants who have fallen out of the system and therefore do not hold residence permits or the right to stay in Italy, but live there nevertheless, unsupported.

Following Salvini's recent announcement to close down another big CARA, the Castelnuovo di Porto near Rome, by the end of January, the Jesuit (JRS) run Centro Astalli, which helps migrants in various centers across Italy, and is affiliated with the SPRAR networks, published an open letter. Supported by a number of NGOs and charities including Amnesty International Italy, Save the Children, Oxfam Italy and Doctors without Borders (MSF), the signatories pointed out that in shutting down a center where people have been living for some time, the government is cutting their ties.

During protests in Rome, one priest complained that there are human beings and lives contained within the centers, not cattle or products just to be redistributed. Salvini claims that shutting these kinds of centers down will save the government around 6 million euros. Openpolis and ActionAid found that the Italian government in 2017 had earmarked about 3-3.8 billion euros for the various kinds of reception centers. 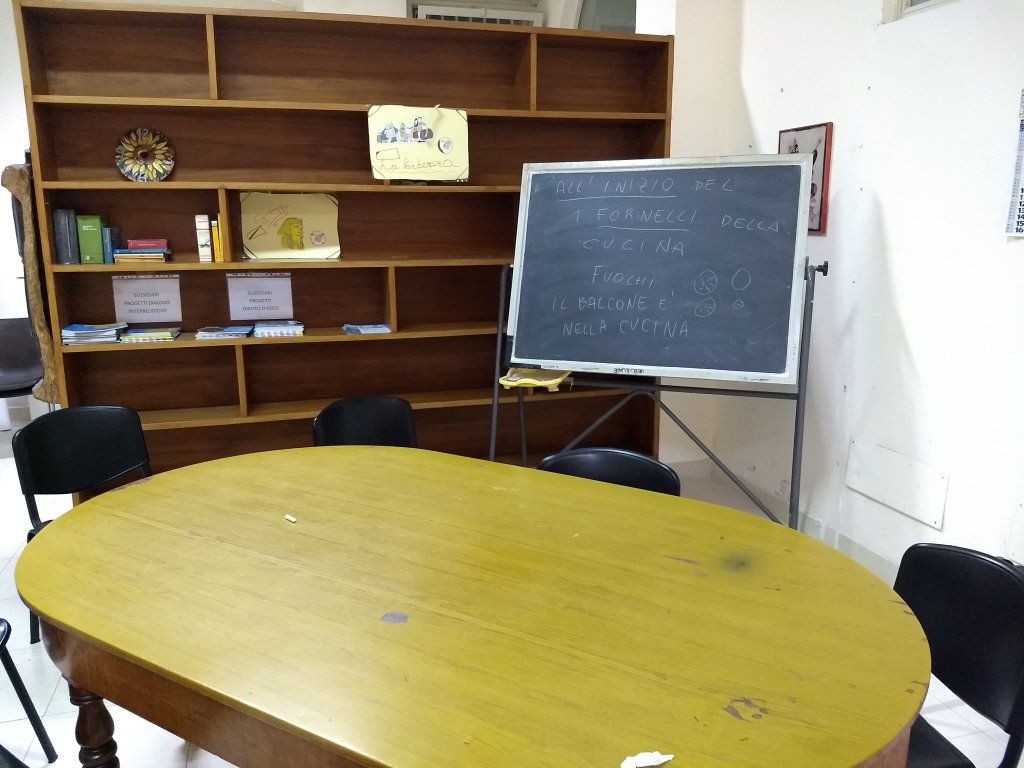 In Castelnuovo di Porto there are 300 people, of which 14 minors, who will be moved to another region of Italy. That means that their "journey to inclusion, their studies, their work and their training will be ignored," Centro Astallio notes. Still others, they point out, will have their medical and psychological care, to heal problems related to the violence they underwent in Libya, interrupted if they are moved to a different location. They also say that not everyone will even be moved. 150 of Castelnuovo di Porto’s inhabitants reportedly have humanitarian permits, which under the new law makes them ineligible for rehousing. The Jesuit Refugee Service warns that means these people risk becoming invisible to the system and left on the streets where they will be vulnerable to all sorts of difficulties.

Moving people out of big centers and into smaller places enables them to join programs and be better integrated, some supporters argue. But as Colombo’s research for Le Nius concluded, those potential benefits for migrants, refugees and Italians "seem very far from being realized." In appearing to clamp down on insecurity, Salvini's policies end up creating even more uncertainty and social problems which might cost everyone more in the future, Salvini's critics argue.