How do migrants decide where to go?

Refugees and other migrants hardly ever choose a destination country based on their understanding of the asylum system or migration policies there, or how much financial support they would get. Instead, family, friends and people smugglers, plus a fair amount of chance, are what determine a migrant’s destination.

It’s not simply speculation – these are the conclusions from interviews with more than 250 asylum seekers, conducted in 2002 and in 2015, when about a million people came to Europe seeking protection.

While it seems the obvious thing to ask migrants themselves about what shaped their "destination preferences", as they’re called in the report of the surveys done in 2015, "Deciding where to go: Policies, People and Perceptions Shaping Destination  Preferences", in the past this hasn’t happened. Instead, European policymakers have made assumptions about migrants’ reasons for choosing particular countries, according to migration expert Heaven Crawley. They have used these, generally "flawed assumptions," she says, to develop migration policy aimed at deterring migrants.

One of the big mistakes policymakers have made, Crawley says, is to imagine that most migrants know enough about policies and regulations in Europe to make an informed choice about their destination, and that they have the resources to get there. Interviews with asylum seekers from Nigeria, Eritrea, Syria, and many other countries, have suggested that this is generally not the case.

In a 2002 survey conducted for the Home Office in Britain, migrants who were asked about their prior knowledge of the UK’s asylum system revealed that they knew very little. Some even had no idea that they would have to claim asylum.

"I didn’t know that I can claim asylum. So then, this lady said the procedure; you have to do all these things… It is a big procedure, isn’t it!", one female respondent from Sri Lanka was quoted in the report.

Another thing that policy-makers have generally neglected is the fact that people’s situations change during a migration journey as a result of chance encounters and accidents, Crawley says.

Ali*, who made the journey to Europe from Iraq with the aid of smugglers, made his first stop in Jordan. "It was the only country that would accept us [Iraqis] at that time." He soon decided that he wanted to go to Germany, but "had no plan how to get there."

"By accident, I met a guy who wanted to go to Germany. His nephew was living here, and he said Munich is the best city in Germany. So I decided to go to Munich," Ali explained to InfoMigrants.

Answers from migrants about how and why they "chose" where to go suggested that there were two big deciding factors: the smugglers or agents they used who often had control over their destination, and the presence or absence of family and friends. 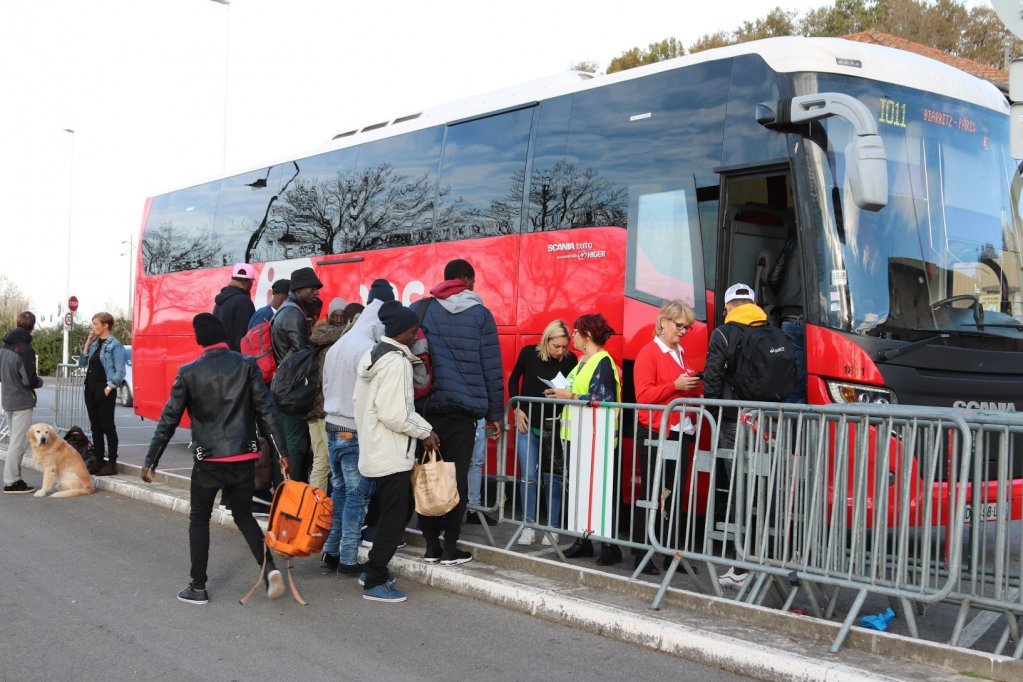 In trying to establish what influences migrants’ destination preferences, survey results show that it is important to realize that their "choices" are often very limited and initially, especially in cases of acute flight, relatively insignificant. This is because, as both surveys concluded, asylum seekers generally focus on the imperative of departure, rather than the place they migrate to.

Of the 65 migrants interviewed for the 2002 study, only three indicated that they had wanted to leave their countries because of the perceived attractions of living in the UK. "In nearly all cases… persecution was the impetus for migration, and people were electing to leave their home countries rather than move to particular destinations," the report says.

For a lot of people, leaving home meant parting from family, jobs and possessions, while life in the UK meant a reduction in their perceived quality of life – plus cultural and linguistic barriers. "Interviewees were puzzled as to why a considerable amount of the discussion was focused on what they knew about the UK before they came here. Their key concern was for their safety."

The key role of smugglers

Asylum seekers reported having been heavily influenced by smugglers. Out of the 65 people interviewed for the Home Office study, 42 had used smugglers, or "agents". Sometimes, the agents decided on destinations and routes, while in other cases, the asylum seekers had been able to negotiate with them.

"The person told me…’I have a ticket and you can go to London, England,’ so I say ‘I have to take that chance to go’," a male respondent from Congo said.

The second most influential factor in the choice of destination for migrants is the presence of family and friends in a particular country. Responses from asylum seekers suggested that there is an expectation that even distant relatives already in the country might provide some initial support. Knowledge of the language and perceived cultural connections are also important to many migrants. Ali from Iraq says he first thought of going to Australia because he could already speak English.

For many people, including policy-makers, perhaps the most surprising result of interviews with asylum seekers is that they don’t come for the money. The surveys found that scrutiny of destination countries’ asylum policies or evaluation of how much welfare support would be provided played a very small role, or was non-existent.

A lot of the migrants questioned in the UK said they had little or no idea of what financial support they would be entitled to. Many expected to be self-sufficient, including having to find their own accommodation.

"I said ‘OK, my life couldn’t get any worse anyway. I’ll go and … clean the floor and just get out of here [Iran].’ I did cleaning for a few months because I didn’t know… Social [Security] can help you… And after that somebody said ‘why don’t you go to DSS, you are entitled for benefits’. But I had no idea about the… benefit system,” a female respondent from Iran said.

Some asylum seekers anticipated that they would receive state support but they hoped to find a job rather than rely on benefits over the longer term. None of them thought the UK would offer more generous support than other possible destination countries.