Helping the victims of FGM in Africa

Many girls and women in Africa suffer from the effects of female genital mutilation (FGM), although it is banned in several countries. Doctors on the ground and in Germany provide medical and psychological help.

Hadja Idrissa Bah does not want to be a victim. The nine-year-old from Guinea is determined to fight against the brutal mutilation of female sexual organs, a practice she is familar with from personal experience. Despite being officially banned, the horrific ritual is still widespread in the West African country. According to the UN children's agency UNICEF, 97 percent of Guinea's women have been cut. "In many communities, the labia are sewn together and then ripped apart on the wedding night," Hadja told DW. "I am traumatized. Whenever anyone talks to me about FGM, I feel faint and scared – it is devouring me."

The vivacious child wears a bright yellow turban and a red and blue checked blouse. She has founded a club to educate other young girls about FGM with the aim of reducing the number of victims. She told DW about her own experience and the feeling of being betrayed by her parents. "They did not tell me where I was being taken – they pretended I was going on holiday. Then I had to face this thing." 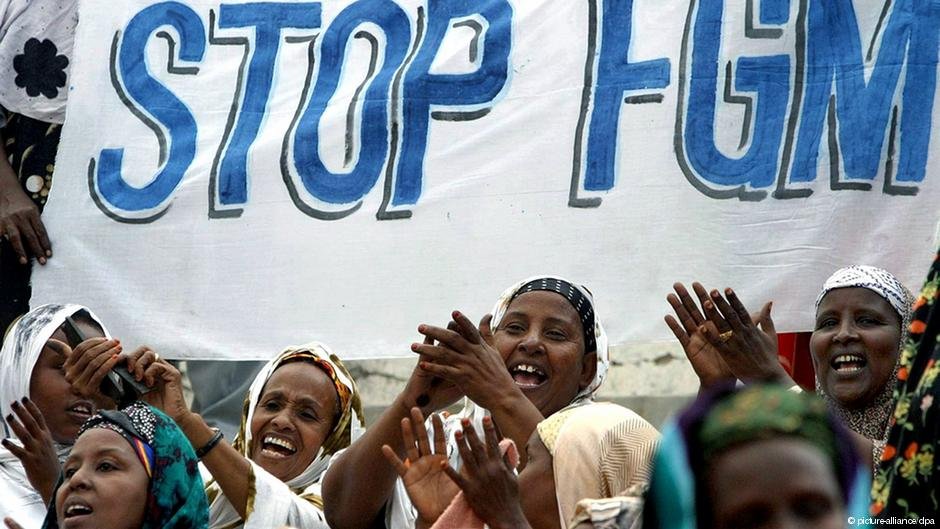 In many African countries, traditional beliefs regard girls and women as unclean when their sexual organs are fully developed. "Parents fear they won't find a husband. Many women accept this way of thinking as normal," says Mariatu Tamimum, a doctor in Sierra Leone who treats women suffering from the after-effects of FGM .

All have had their external sexual organs partly or completely removed. This is often carried out without anaesthetic and with simple tools such as broken glass or razor blades. "In our women's clinic in the town of Bo, we mainly operate fistulas caused by the mutilation. The birth canal is often closed. We open it, so that the women can give birth," Tamimu told DW.

"It's all about men's pleasure," Tamimu says. "The clitoris is removed because there is a widespread belief that women would otherwise cheat on their husbands." It has nothing to do with religion, she adds. Some women are able to live a more or less normal life after the repair operation and can become pregnant. But most suffer severe and lasting damage. 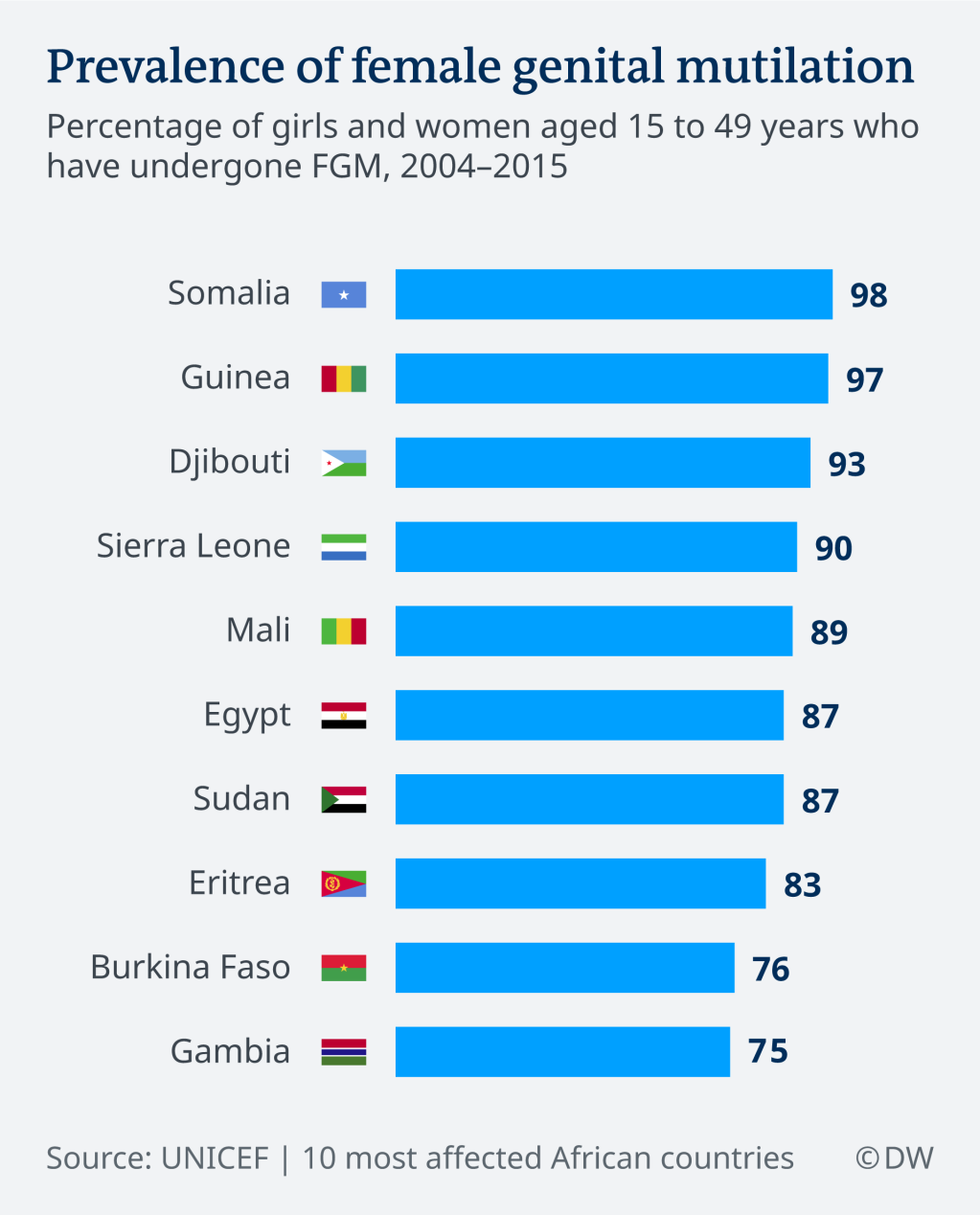 FGM is also banned in Kenya but is carried out in secret in many communities. Denge Lugayo works there with the Amref Health Organization which seeks to replace FGM with other coming of age rituals. He says it is important to actively involve the community in order to bring an end to the dangerous practice.

His organization arranges alternative ceremonies. "We celebrate the transition of girls to women in villages in very traditional ways but without the cutting." Educational work in schools is also important, teaching both girls and boys about the harmful effects of the practice, as well as finding other sources of income from the women who do the cutting. "If we want to abolish this barbarism, we must take account of these women and find other employment for them. For example, they can produce soap or sanitary pads," Lugayo said.

Raising awareness in Africa is necessary but not easy, Cornelia Strunz told DW. The surgeon has worked for four years at the Waldfriede hospital in Berlin to help victims of FGM. In the 'Desert Flower Center' she performs reconstructive surgery and provides holistic medical aid and advice. "Most women are migrants from Africa and speak here for the first time about what they have experienced. They have painful scars or the clitoris has been completely sewn up. Sexual intercourse is often not possible. Fisultas between the vagina and rectum are a common occurrence, " she said. 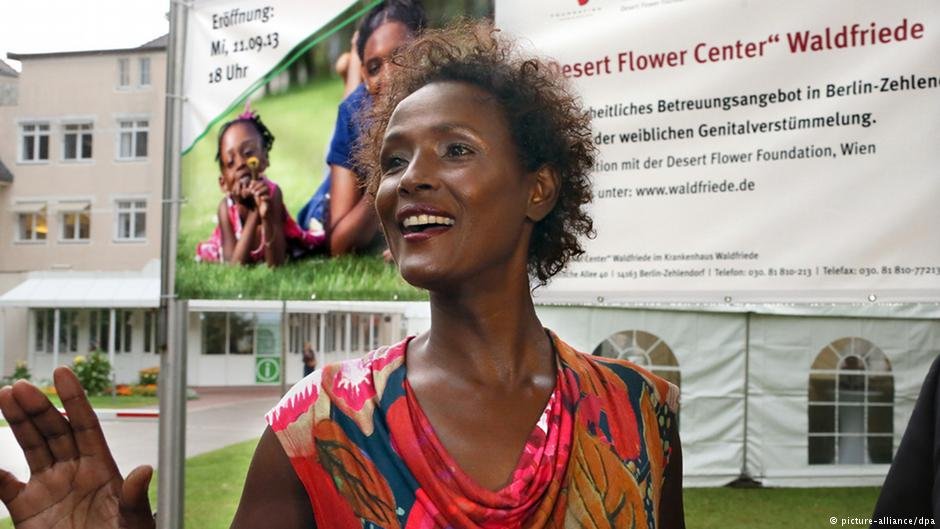 Many patients have lived in Germany for some time, others come from all over Europe for treatment, which is free, thanks to the Desert Flower Foundation, founded by supermodel, author and activist Waris Dirie who was subjected to FGM at the age of five in her homeland of Somalia. Her book "Desert Flower" brought her and the practice to international attention. "We can help many women lead a better life," Strunz says.

Her work and that of activists represents a glimmer of hope for the victims of FGM around the world.

Annabelle Steffes-Halmer and Bob Barry contributed to this article.