Germany's prisons already struggle with overcrowding and violence. Under a new proposal, they are also set to house asylum-seekers obliged to leave the country. Is the penitentiary system becoming a political plaything?

Germany's prisons are already struggling with staff shortages, rising drug use and attacks on guards. Now if Interior Minister Horst Seehofer gets his way, people slated for deportation will also be held in prisons going forward. The initiative, which has divided leaders in the German government, is aimed at curbing the high number of repatriations that have failed because foreigners required to leave the country cannot be found on the day they are to be deported.

Seehofer's initiative is representative of the judiciary's growing political instrumentalization. "After the events that took place in Cologne on New Year's Eve [2015-16], public pressure on the courts has increased," says Peter Brock, chairman of North Rhine-Westphalia BSBD state prison workers' union. "And then more prison sentences were imposed."

Refugee policy, a lack of skilled workers, drug consumption, terrorism, political and religious radicalization — Germany's social problems are mirrored and magnified in the 180 prisons across the country. Brock knows too well the longing to get rid of these issues behind prison walls: "We have to take the rap for all this. That's our job," he says. 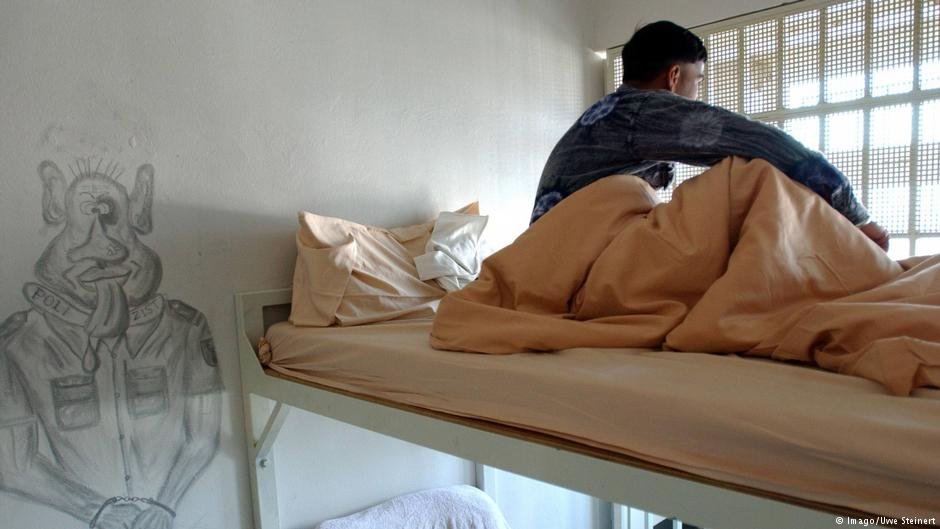 "Taking the rap" also includes receiving beatings, punches, being spat on and insulted, because violence behind prison walls is increasing. The Free Democrats (FDP) parliamentary group in the Baden-Württemberg parliament tabled a major inquiry in the state government in October 2018 showing that aggressive behavior is becoming increasingly common both between prisoners themselves and towards prison workers.

Unable to work after being beaten

The number of "attacks on staff resulting in incapacity" in Baden-Württemberg's prisons rose from nine incidents in 2012 to 24 incidents last year. In Saxony, where there are considerably fewer prisoners behind bars, a total of 25 attacks were registered in 2016, a year later it was 31.

Read more: PEN addresses the plight of writers in prison

The number of prisoners committing suicide has also increased again. According to the Justice Ministry, in North Rhine-Westphalia alone, 19 suicides were recorded in prisons in 2016, returning to the level of the 1990s. In 2009, there were nine cases.

This is just the "tip of the iceberg" for Brock. "I've never seen so many attacks against colleagues as in the last three years," he says. "In 2018 alone, we had over 600 attacks, insults and threats in North Rhine-Westphalia." 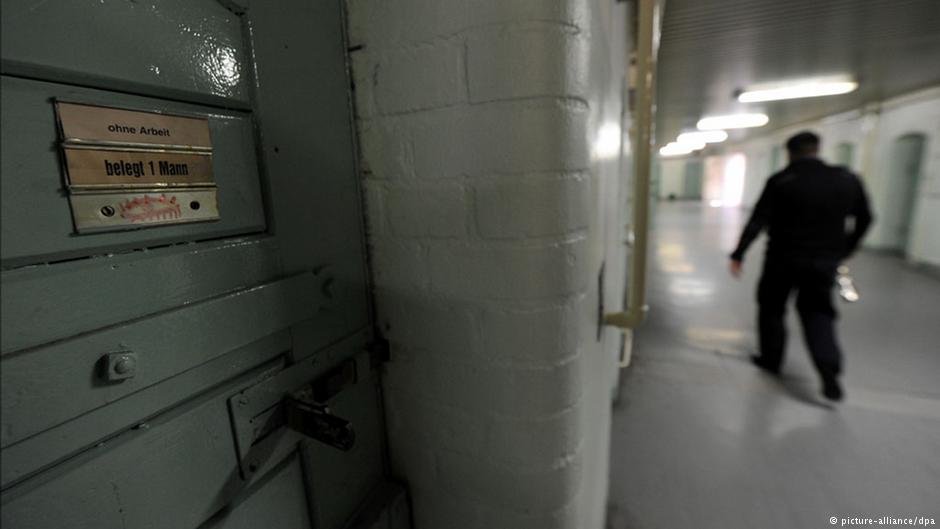 Overcrowding and drug use

The reasons given for this rise in brutalization are always the same: An increasing number of psychological disorders among prisoners, drug and alcohol addiction, communication difficulties, nationality conflicts and overcrowding. In many federal states, the number of available places in prison has declined in recent years. Prisons were either renovated or closed due to a decline in the prison population.

At the same time as prisons were being closed, the unanticipated influx of refugees and immigrants in 2015 led to an increase in the number of prisoners. In North Rhine-Westphalia, which has the highest prison population of any state in Germany at 18,000, the proportion of foreign prisoners rose from 29 percent in 2013 to 36 percent in 2018. In Baden-Württemberg, the figures shot up from 35 percent to 48 percent in the same period.

Read more: Deportation laws in Germany — what you need to know

"With foreign offenders in particular, there is a risk of collusion or escape," explains Brock. "A German offender may not be imprisoned because he has a permanent residence or a job, so it is assumed that he will not run off. In the case of foreign perpetrators without a fixed place of residence, it is reasonable to assume that they will try to cross the border and will then no longer be within our grasp."

In North Rhine-Westphalia, many prisons now have integration officers, German and literacy courses are offered, and interpreters and Islamic scholars have been employed. According to Marcus Strunk of the state's penitentiary directorate, prison violence is declining again as a result. 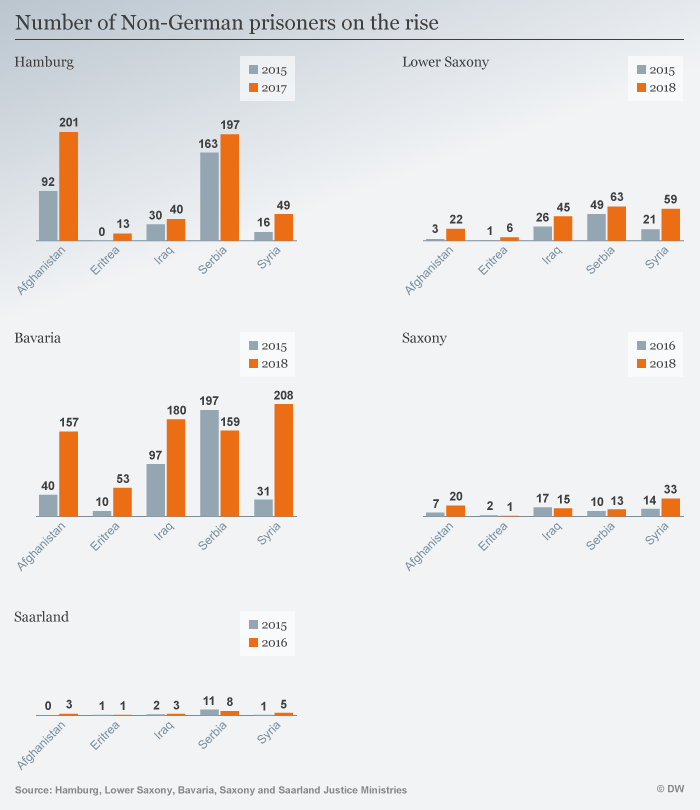 Suggestions from Berlin? No, thank you!

In Saxony too, Seehofer's plan is "not a matter to be considered," says Jörg Herold, a spokesperson for the state's Justice Ministry. "We have a deportation facility in Dresden that is not being used to capacity."