Baking up a future in Germany

A bakery in eastern Germany is helping the integration of a Syrian refugee. Through an apprenticeship program, Mohamad Hamza Alemam is forging a future as a baker. And growing new roots in his host country.

It is easy to go unnoticed in Berlin – Germany's largest city offers the kind of anonymity that comes naturally with any megapolis. But a mere 50 kilometers (30 miles) outside the city, things are quite different. The small town of Eberswalde, located in the northeast corner of the state of Brandenburg, is just a short train ride away from the German capital. Yet it's worlds apart in many ways.

The local dialect isn't much different from the way locals sound in Berlin, but those who don't own that dialect stick out like a sore thumb. This is certainly true for 23-year-old Syrian refugee Mohamad Hamza Alemam, who is currently an apprentice at a local bakery called "Privatbäckerei Wiese." 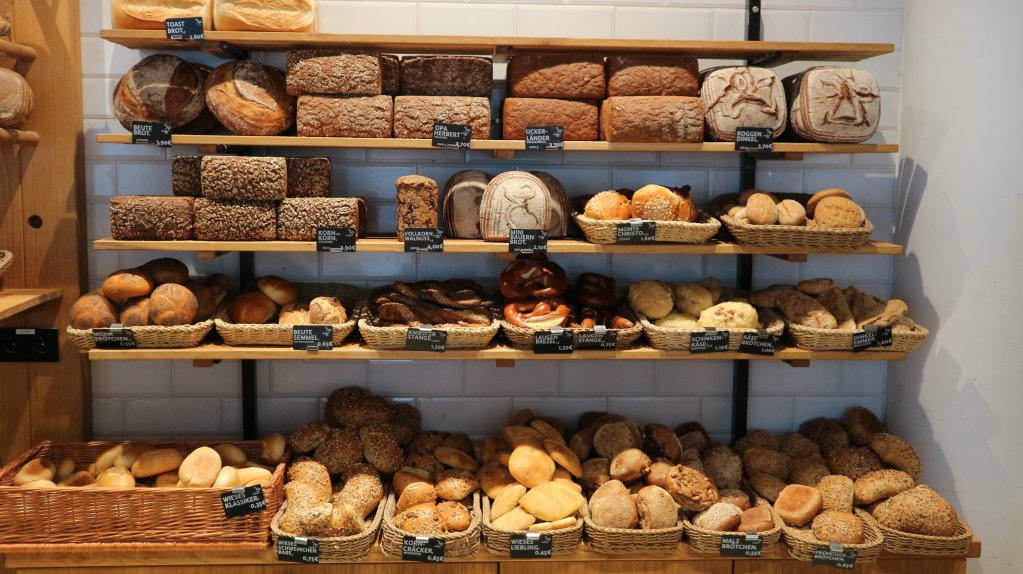 Prospects for the future

The bakery is a popular spot in Eberswalde: Patrons queue all the way to the door to get their hands on their famous sourdough bread and other specialties. There's a jovial atmosphere among employees behind the counter, and Mohamad is actually one of several refugees who have been given work opportunities there. The owner of the bakery, Björn Wiese hopes that he is contributing something towards Mohamad's future prospects:

"This apprenticeship will help him move forward with his life in Germany. Mohamad is learning new skills and will receive an official certificate at the end of the three-year program which will help him in the future. Apprenticeships really provide young people like him with better career prospects."

Mohamad says he enjoys his job – so much so that he would like to stay on after his apprenticeship is finished: "Germany is offering us who came from Syria real opportunities. Germany has given me so much, and I'm so thankful. I'm really trying to make the most of that to build my future. When this three-year apprenticeship is finished I hope I will be offered a permanent job here."

But Mohamad also stresses that if he felt it was safe for him to return to Syria, he wouldn't hesitate:

"When the war in Syria is over, I hope that I can return to my home. I have family there whom I haven't seen in four years now. I have two nephews and a niece that I haven't even met yet. I really hope that I can see my family again soon." 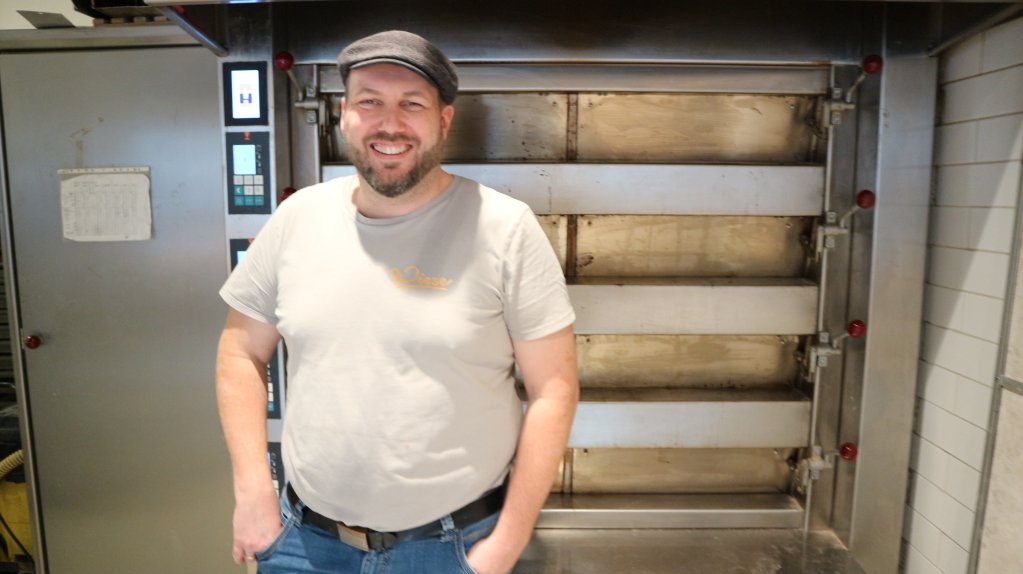 Mohamad's journey to Germany was anything but easy. He recalls how he crossed the Aegean Sea in a tiny rubber dinghy: "It was so small that we called it the balloon. I will never forget that. It was so dangerous."

From Greece, Mohamad made his way into central Europe mostly on foot, occasionally making use of buses as well. "I didn't plan to come to Germany as such. All I wanted was to reach any place in Europe after I left Syria," he tells InfoMigrants.

That was four years ago. Since then, he's been moved four times all over the country. "I feel like I've seen all of Germany," he jokes as he dusts some of the flour off his hands. When asked where he likes best, he replies that he is very happy where he is right now: "I'm really fond of our boss, who's always there for me whenever I need something. My colleagues are great, everyone's really friendly." 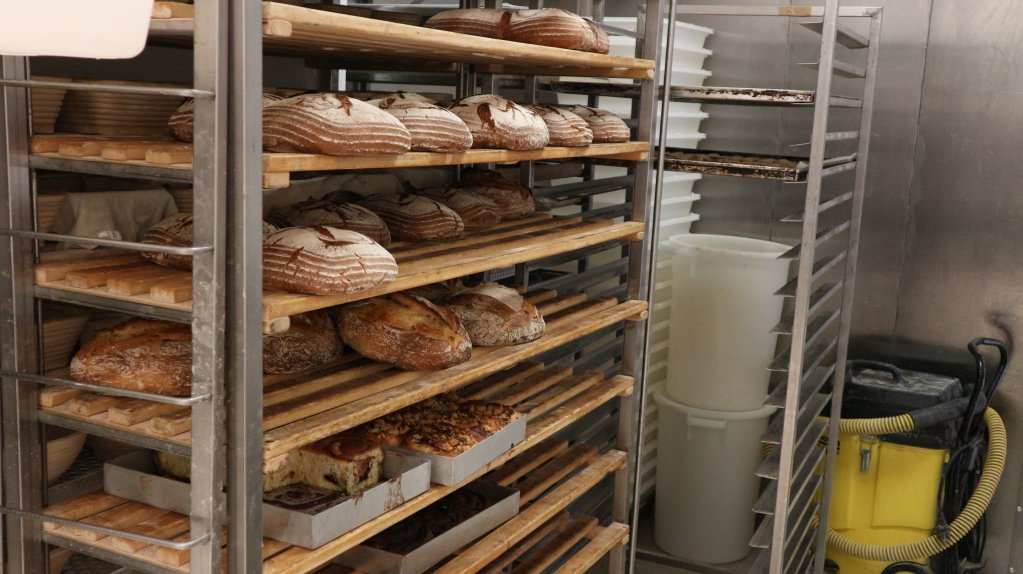 Mohamad is also fond of the people he refers to as his "German family," who took him under their wing when he first arrived in the Eberswalde region: "I met a German family here, who have been so gracious to me. They taught me German, helped me find a flat, and have supported me in all my integration efforts here in Germany. They've given me so, so much. They've really become like a real family."

But it's easy to see that Mohamad has no difficulties making friends: "It's been great with Mohamad. He's incredibly friendly. He's very patient and calm, even when there are lots of customers waiting. He's got such a gentle way of dealing with people. That truly is one of his greatest strengths," says Björn Wiese, stressing that he has no tolerance for xenophobic people who don't support his efforts to help Mohamad:

"I hope we're contributing to effecting lasting change in society, and that our business can serve as a role model to others to let go of all their reservations and fears they might have toward foreigners." 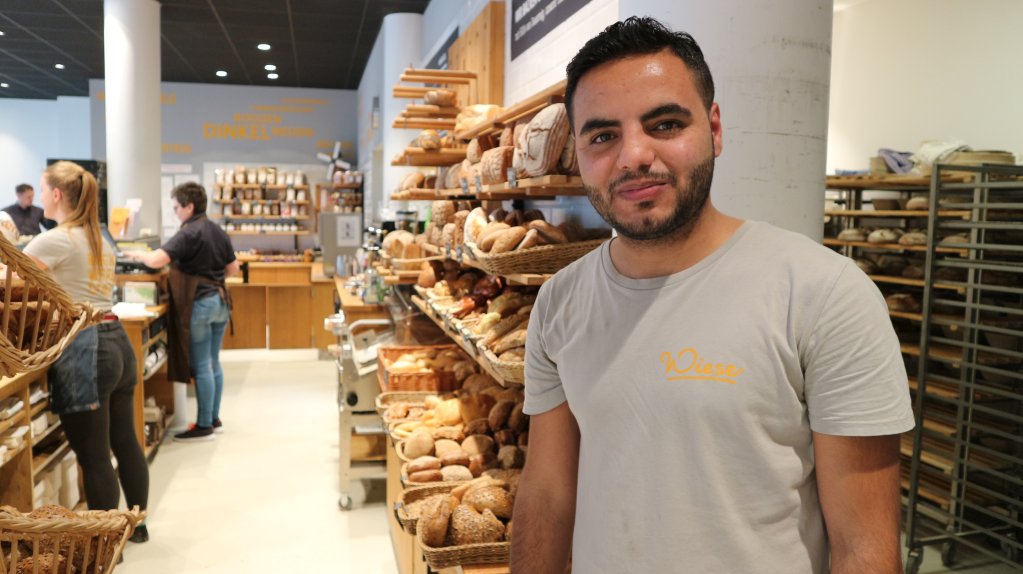 Wiese highlights that in addition to moral reasons to rally around refugees, there's also a practical case: "We're actually seriously lacking skilled workers in Germany in general. And now there are all these young refugees who are so motivated, and really want to build a better future for themselves."

Mohamad points out that he, and others like him, wouldn't be in Germany in the first place if they weren't escaping war and persecution back home – and that nothing can replace that very sense of home that refugees and migrants leave behind when they decide to embark on their journeys.

"Syria is my home and before the war, it was really beautiful. My city, Damascus, was beautiful. And you can't really compare Syria and Germany. Each culture is different. Each mentality is different. But home is home."