Tears of sadness and joy: The difficult task of reuniting parents and children on Europe’s migration routes

More and more unaccompanied and separated children are trying to join their parents in Europe. But the laws and the criteria for family reunification are getting tougher in many countries, the International Social Services Switzerland (ISS) says.

Geneva airport, April 2018: In a video filmed by the UN Refugee Agency (UNHCR), the corridors glow yellow with fluorescent light. 15-year-old Kedija* slams into her mother’s arms, burying her face in her mother’s shoulder. Her brother, 12-year-old Yonas* hangs back initially, until his mother, Semira* still holding Kedija tightly, opens up her other arm, welcoming him in. He walks towards her, also burying his face. The last time he saw his mother was when he was three or four years old. "Perhaps he doesn’t even remember her that well," says Emilia Richard, a legal advisor with ISS Switzerland who was present at the reunion.

This particular story has a happy end, although there are many that don’t, explains Richard. She indicates that more often than not, multiple organizations are unable to locate children who may have been smuggled, kidnapped or imprisoned at several points between leaving their home countries and potentially arriving in Europe. The situation is further complicated by war, conflict or family breakdown which can force children to flee the supposedly safe place they have been left in while their parents try to make a life in Europe.

Trauma lies beneath the happiness

Yet even for the ones who make it and experience joyful reunions in a European airport, sadness lies just below the surface. Many of these children have been "severely traumatized," explains Richard. Things have happened to them which will take years to process. Richard doesn’t go into detail about what those things might be, but in the case of Kedija and Yonas, she admits they were "a bit anxious" about their psychological wellbeing, and both children were sent to see a doctor on arrival in Switzerland.

Even the simplest details of their journey would destabilize most adults, let alone relatively young children. Richard starts listing a few details of their biography. They were left with grandparents in Eritrea eight years ago when their mother left to try and establish herself in Switzerland. Like many parents, she thought it would be a matter of months, maybe a year, but everything took much longer than expected. "That is the harsh reality [of the situation]" comments Richard.

"They [the children] were abducted by armed bandits … for sure they have seen things that were absolutely terrible,” states Richard. “I know that one of ‘their’ smugglers was shot in front of them," she adds, "so the children are definitely traumatized." 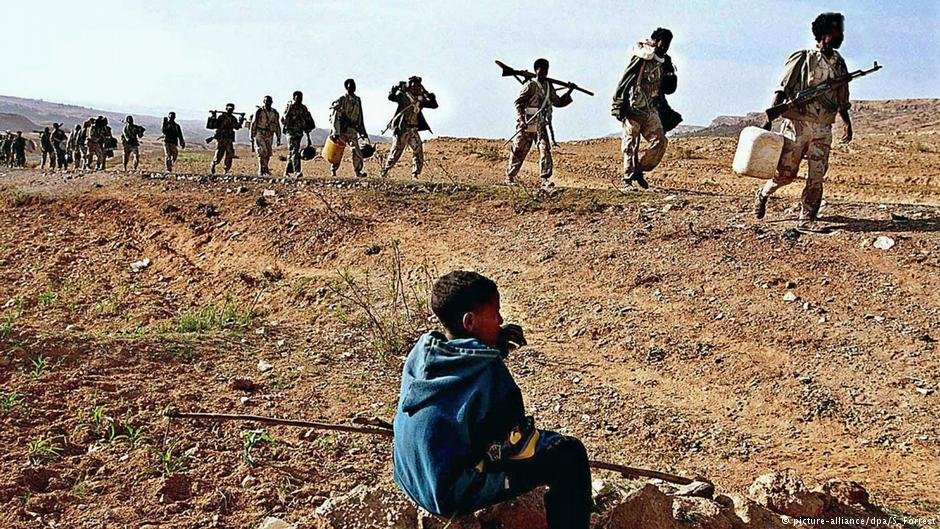 Initially, Semira tried to qualify in the Swiss system for family reunification a few years ago, but she was refused, because "she didn’t meet the criteria," explains Richard. At the time she had an F permit, which means she was recognized as a refugee but asylum had not been granted and she had only provisory right to remain. The criteria to apply for family reunification are having a stable job or financial independence, a suitable and secure home and at least three years of residence in the country.

"The rules are very stringent here in Switzerland. Almost all family reunification cases are lost by people," explains Richard. "This means that you have more and more unaccompanied children on the move alone and vulnerable. These children are at great risk of disappearance. We are seeing more and more such cases, that’s for sure. One of the reasons for this phenomenon are the stringent immigration laws in Europe in my opinion,” adds Richard.

In 2015, Kedija and Yonas were forced to flee insecurity in Eritrea. According to Tarik Argaz at the UNHCR, (who was also present at their reunion), that was when their mother lost contact with them "for several months." The children crossed the border to Ethiopia, and their uncle "who was also in Ethiopia, desperately searched for his niece and nephew.

Argaz writes that their uncle did eventually find them in a refugee camp near the Ethiopia-Eritrea border. In 2017 the trio set off in the hope of joining Semira in Switzerland. After months of begging rides on trucks and buses and enduring extreme temperatures, the group was "violently abducted by smugglers" at the Sudan-Libya border. When the smugglers found out that the children’s mother was living in Switzerland, they decided to ask for a ransom in order to free them.

Richard doesn’t know exactly how much was demanded but according to the UNHCR "the children were separated from their uncle and gradually sold from one smuggler to the next." Richard does know that ransom demands can hit up to 50,000 Swiss Francs in some cases, that’s about 43,000 Euros.

"I never lost hope of being reunited with my kids again,” Semira told the UNHCR. On discovering her children were abducted, she turned to the ISS initially for help. Richard explains that once smugglers issue ransom demands many agencies find it difficult to help as no one wants to pay the smugglers and support the system which they have created.

According to the UNHCR, for some unknown reason, Kedija and Yonas were released and wandered in the Libyan Desert until they were taken under the wing of a group of Eritreans and put aboard a dinghy, hoping to make it to Italy. Their attempt at crossing was intercepted by the Libyan coastguard and they were taken to an official migrant detention camp in Libya. At that moment, Kedija managed to make a call to her mother, informing her they were alive and in a detention center next to the sea. Relieved, Semira was able to inform ISS Switzerland of this new development, who informed the UNHCR team in Libya. It was at this point that local UNHCR Senior Protection Assistant Noor Elshin, after scouring countless detention centers to which the UN has access, was able to find the children. 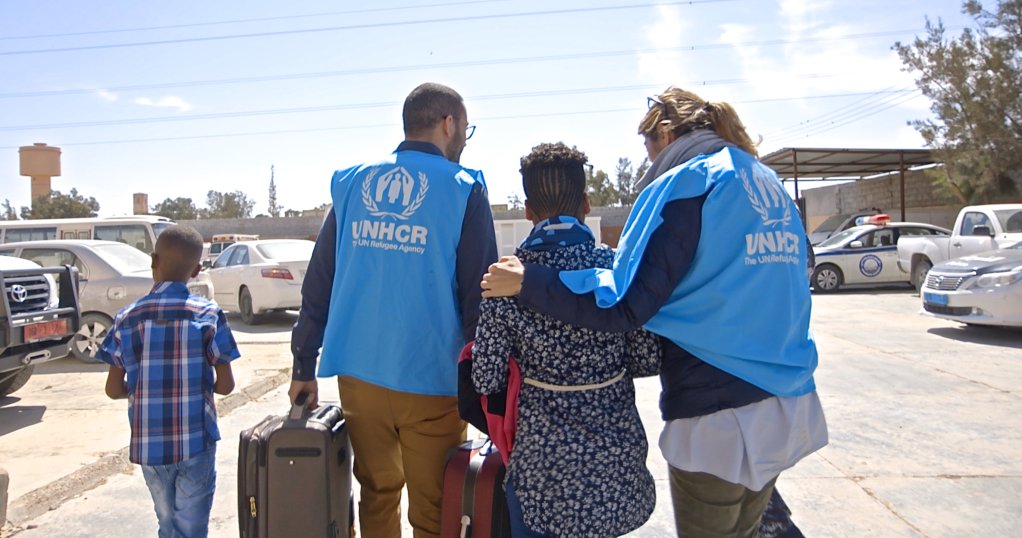 "The success of this story is [in large part] due to the great inter-organizations collaboration that we had," Richard explains. "With this case, I worked closely with the ICRC, the OHCHR, the UNSMIL, the UNHCR, the IOM and the Swiss Red Cross. On the national level, I worked with the Swiss migration services, the Swiss federal authorities, the cantonal social services and the medical facilities of the residency canton of the mother," Richard adds.

In the video shot by the UNHCR, the two children, who look relatively young for their age, are seen playing with a toy train and farm animals, the kind of game that you might expect a child under five to enjoy. Richard agrees that although the scene appears sweet, it could also belie the kind of trauma they may have experienced, perhaps a wish to return to a more innocent time and not have to think about what they went through. 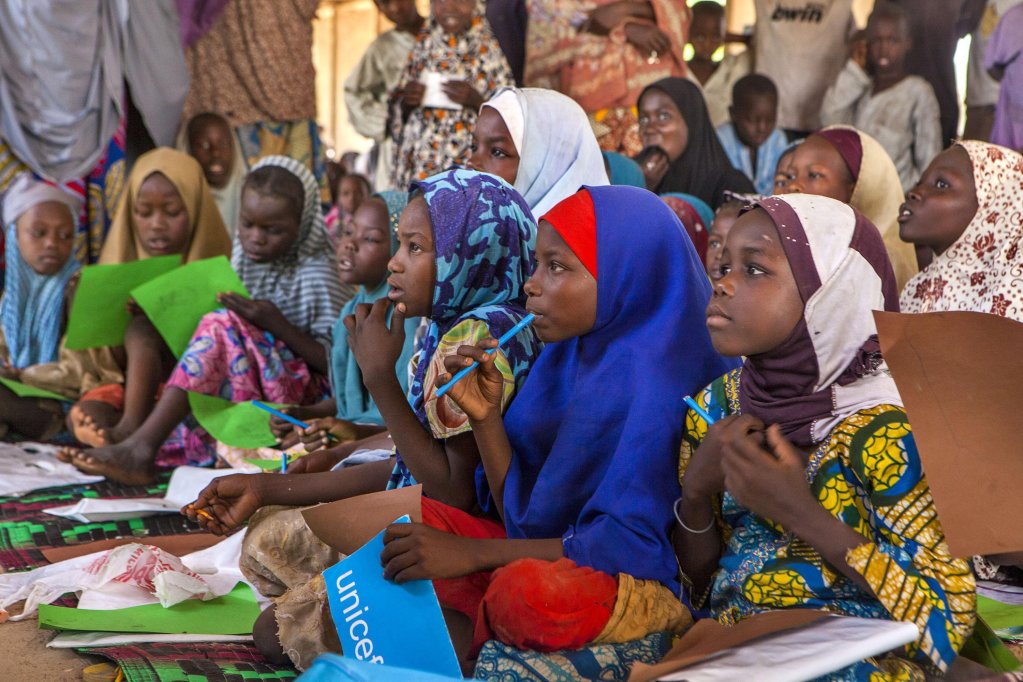 ISS Switzerland receives more and more notifications of family reunification requests of children that have been left behind, says Richard. These types of situations usually arrive at the ISS office via families that are already in Switzerland. "We probably dealt with 30 such cases last year, in 2018." Many of them, she says, have not been concluded.

The ISS tries to help “anyone who comes through their doors asking for help. They have a network of over 120 agencies in countries all around the world. They also work with other organizations like the Red Cross, the UNHCR and the IOM in order to trace children and their families.

In a report ‘Children on the Move’ in 2017, the ISS estimated that there were 40 million international migrants under the age of 20. Youth migrants from Africa make up the largest group with 34 percent. In 2015, 29 percent of all asylum seekers in the EU were children and 14 percent of those were younger than 14 years old. Although not all of those have arrived without their families, children make up two-thirds of detected trafficking victims in some regions. Even though many of them leave situations of conflict and instability, the life they find once they are on the move can often be "more traumatic than the one they left behind," notes the report. 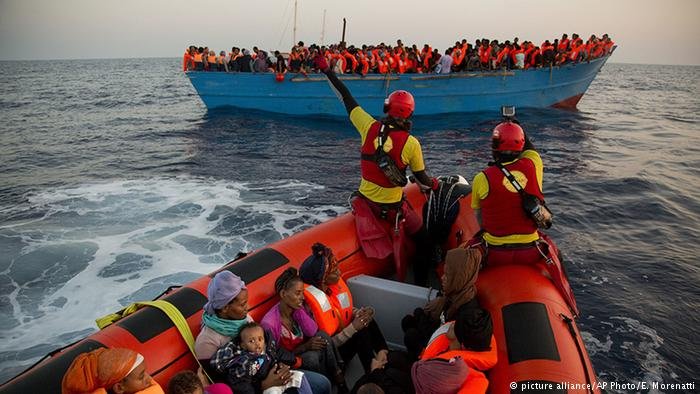 The ISS tries to act in the best interest of every child. This means that sometimes the ISS brings the children to their parent, and sometimes they have to take the children back to a more stable situation in the home country. Not every family is good for a child, explains Richard. They, or local social services, will assess the situation of the child and the people they are living with as well as the situation in the home country in order to come to a decision about where it is best for the child to live and with whom.

For Kedija, Yonas and their mother Semira, their status is still not settled in Switzerland. They are going through the long asylum process. “It can take up to two to three years,” says Richard. Will they get Swiss citizenship? Richard laughs ironically, “that’s the holy grail, that’s difficult,” she explains. What they can hope for would be eventually to get a B permit. That would mean their refugee status is recognized and asylum is granted. They could work and would receive social welfare. They could travel abroad, except to return to their country of origin. After five years, B could be converted to C and after 10 years, Swiss citizenship could be requested.

The children had their education interrupted for several years. Now in Switzerland, they are able to go to school once more. Kedija and Yonas are learning French, and attending special ‘welcome classes;’ they have medical and psychological support and they are housed in a proper apartment. "The Canton is taking care of them for sure,” explains Richard. A new Swiss asylum law is due to go into effect on March 1, 2019. It will revise the asylum procedure and “everything could change,” explains Richard. 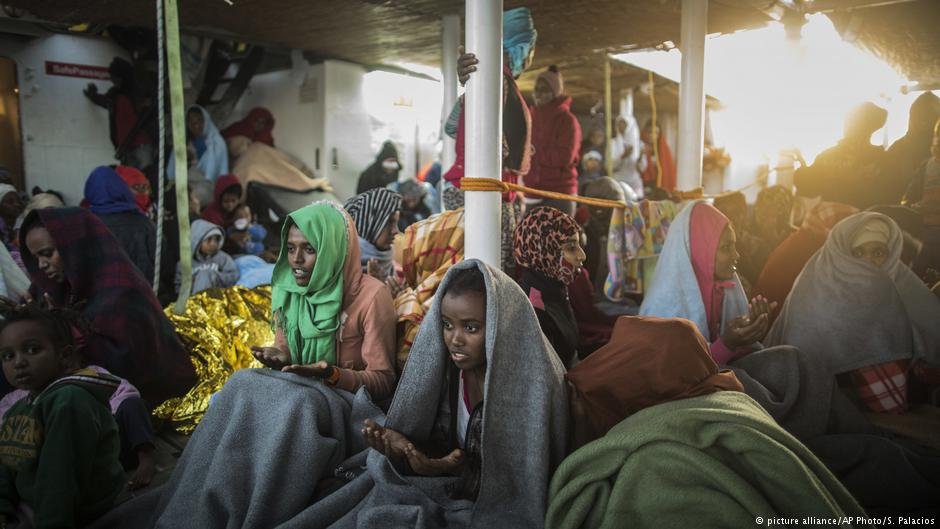 "Family reunification used to be about unifying spouses," says Richard. "Now we are unifying children with their parents. The question is: Is this a new trend, or are more coming to light because we have helped some people? The answer to that: We don’t really know." But in a way, family reunification just represents the tip of an iceberg. Richard points out that when people talk about family reunification, this right applies to asylum seekers and refugees. But there are many more children on the move who have no hope of being reunified to their families by states because they don’t qualify as refugees but rather migrants.

That said, Richard says, the ISS will "never refuse to help people [be they migrants or asylum seekers] who ask for it. We take all the cases that arrive, sometimes it works; sometimes it doesn’t.” Richard ends sounding a note of caution for the happy end. For Semira and her children, “the way to reconstruction will be long, but they have very high levels of resilience,” explains Richard. "But for sure, their journey will be long."

*All names have been changed to protect those concerned and their identities.