The Sea Watch 3, a non-profit search and rescue ship, remains in Catania port in Sicily after Dutch authorities decided last week that it needed maintenance. The ship had been allowed to enter port only after being stranded at sea for ten days with 47 migrants on board. InfoMigrants spoke to Kim Heaton-Heather, who was responsible for the search-and-rescue operations on the ship's last two missions. He thinks the move to keep the Sea Watch 3 docked in Sicily is a reflection of a growing anti-immigrant feeling in Europe.

Kim Heaton-Heather is different, not because of his long rust-colored dreadlocks, but because at the age of 37, he has helped to save hundreds of lives. There is nothing of the hero in the way that he talks. Originally from the South of England, he is pleasantly spoken but he is obviously angry, too: Angry at policies he says are causing migrants crossing the Mediterranean to suffer and to die in growing numbers. 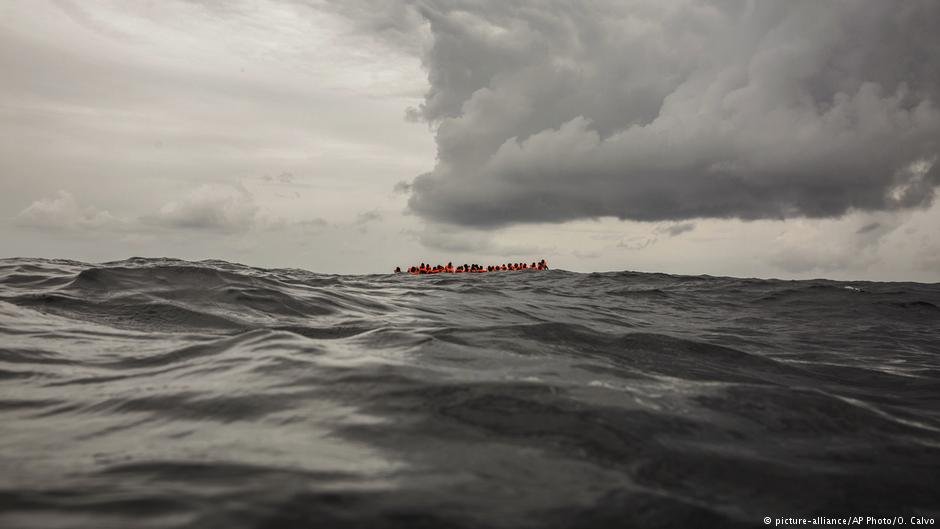 In 2018, at least 2,275 people lost their lives trying to cross the Mediterranean to reach Europe – on average around six people per day, according to UN estimates. No rescue vessel was able to reach these migrants in time to save their lives. Often, the ships that might have come to their rescue were stranded in ports or at sea, while European governments argued about who should accept their passengers. Others were unable to sail while their crew-members were facing accusations of people smuggling. Eventually, the number of non-profit rescue boats operating in the Mediterranean went from ten to just one boat – a 55-meter 'pleasure craft' (there is no registration for a 'rescue vessel' run by a non-profit) registered in the Netherlands – the Sea Watch 3.

The ship, run by the German NGO Sea Watch, patrols the Libyan 24 nautical mile zone, actively searching for people in distress. In just three months, between November 2017 and January 2018, according to the Sea Watch organization, the ship saved about 1,500 people from Mediterranean waters. Not everyone supports its work, however. It is among the ships accused of colluding with people smugglers. Madeleine van Toorenburg, a politician in the Dutch government, has said publicly that the ship should be sunk. For Heaton-Heather, this stems from an anti-immigrant sentiment that is strong in the Netherlands and among politicians throughout Europe. It was a wish to gain political mileage by stirring up fear and xenophobia that led to Holland's request that Italy keep the ship in port.

Having worked on the Sea Watch 3 as a bosun and Head of Mission for about 18 months, Heaton-Heather is staying with the ship where it is docked in Catania, at the foot of Mount Etna. "We're not going to be sitting here bored," he explains. "There is always work to be done and maintenance that needs to be kept on top of." Still, he finds the situation frustrating, as the future of the ship is so uncertain. "The work that we'll do during this maintenance period – we are doing this work without knowing whether the ship will ever be able to sail again," he says.

We were told that our ship is not ready to rescue.
Kim, our head of mission and as long-time bosun the person who knows the ship the best, strongly disagrees. #ready2rescue pic.twitter.com/66DsR7yDOF

Heaton-Heather wants to continue helping to save lives and bringing people to land and safety. There he says both migrants and crew have mixed emotions about reaching Europe. "I think there's always anxiety there. I mean these people may have been in Libya for five, six or seven years, with the single dream of getting to somewhere that's safe. When they're about to step off the gangway and actually touch the ground on the quayside, and know that they've actually arrived, that step is really emotionally weighted," he explains. 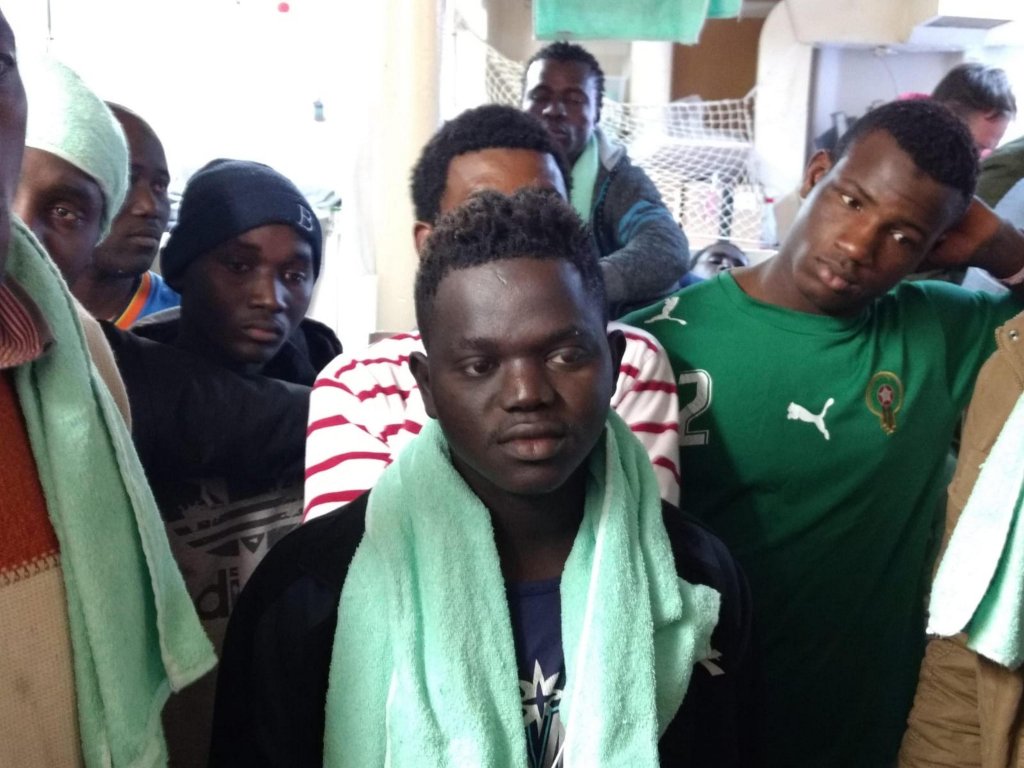 It was on the rescue before last, when the Maltese coast guard was approaching to take the migrants to safety, that Heaton-Heather experienced one of the hardest moments of all: "I told everyone that the standoff was finished and they were going to go into Malta. And there was this absolute relief and jubilation and almost ecstatic reaction, and that sustained itself for quite a while. And then, as they were getting ready to disembark and leave the ship, I could sense that people had this (sense of) holding back. And I could see them being really unsure about this next step.

A reduction in numbers, truth or fiction?

As the crew of the Sea Watch 3 wait for what they hope will be a go-ahead from Dutch investigators, there are more people like Zizu who need their help in the Mediterranean, but whose fate is now in the hands of the Libyan coast guard. "We know that they are going to be tortured, raped, murdered and beaten, (and) have money extorted from them," says Heaton-Heather. "This is not a possibility, this is a certainty."

There is another side to measures to shut down the Mediterranean routes, however. It is argued that far fewer people are taking the dangerous journeys to Europe. Heaton-Heather believes the numbers reported by Libyan coast guard authorities do not reflect a drop in numbers making the attempt. "There's a reduction of people because people are dying," he argues. "That's how you reduce the number of people."

Heaton-Heather insists that the only numbers to be trusted are those supplied by NGOs like Sea Watch. "We don't answer to anyone. We are funded by the public and no one else, so it's only in our interests to report exactly what is happening. When people talk about a reduction in numbers due to the Libyan Coast Guard, I think everyone just has to understand that the numbers might as well be made up, because quite frankly, they probably are," he says.

"We're still looking at a situation where Europe is funding the refoulement (return to a country where they will be in danger) of people that are fleeing a situation where they're being absolutely persecuted, their lives are in danger, and they're going through the most horrendous, unimaginable experiences. So when we talk about that reduction of numbers as some kind of a success story, what we're actually saying is that there is an increase in numbers of people who are being returned to that place. 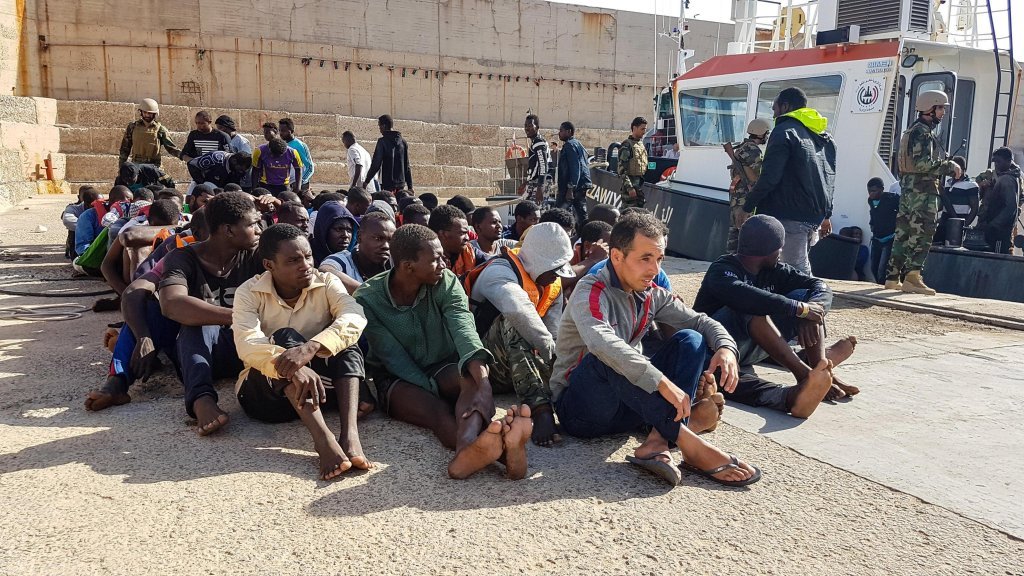 Should Italy reopen the ports?

Last December, the Sea Watch 3 sought permission from Italy to drop off 32 rescued passengers, to which the country's interior minister Matteo Salvini responded: Sea Watch 3 wants to bring dozens of migrants rescued off the Libyan coast to Italy. My answer hasn't changed: Italian ports are CLOSED. Stop the trafficking of human beings.

For 19 days, the crew and the migrants on board the Sea Watch 3 were stranded, unable to enter a safe port.

Salvini has repeated many times via Twitter and Facebook that Italian ports are closed. But according to Heaton-Heather, this has not happened. He says the closure of a port is not achieved with a tweet: "He pushed that really hard and he did everything he could to make that the case. But actually they haven't been closed, as is very obvious by the fact that I'm now sitting in Catania port having disembarked people that we've rescued."

Heaton-Heather insists that neither Italy, nor the island of Sicily, where many migrants rescued from the Mediterranean are disembarked, is an enemy. He concedes that Italy has largely been left alone by the rest of Europe to deal with the situation. "Sicily, ...the ports that we visit, and Malta included, have done more than their fair share," he says.

Europe as a whole has to tackle the problem of human smuggling and to support the countries from which people are fleeing. What is important now, says Heaton-Heather, is that Italy allows NGOs to operate in the Mediterranean and to do everything possible to save human life, wherever it is in endangered.