Why migrants cross the Mediterranean without life jackets

Many readers of InfoMigrants wonder about the safety of the migrants who cross the Mediterranean by boat. One of the most frequent questions we receive is why many migrants, and especially women and children, embark on the perilous journey without the added safety of a life jacket. We take a closer look at the reasons for why many migrants seem to avoid them.

"Why do migrants get on rafts without life jackets?" "Why take the risk of not wearing a life jacket?" "How much does a life jacket have to cost to not bring one when travelling with children?" These are just some of the questions InfoMigrants has received on the subject.

The harsh reality is that the majority of migrants leaving Libya by boat in a bid to reach Europe do so without the extra support of a life jacket. According to several former crewmembers of the humanitarian ship Aquarius, which saved hundreds of shipwrecked migrants in the Mediterranean until it ended its rescue missions at the end of 2018, almost all migrants travel without a life jacket.

Anthony, who worked on board the Aquarius between 2016 and 2018, says that during his two years at sea, he never came across a migrant boat in which everyone was equipped with a life jacket. "Quite the contrary: it’s very rare. And in around a dozen rescue missions that I’ve taken part in, I’ve never come across a child who’s been properly equipped."

Iasonas, who has also worked on board the Aquarius, told InfoMigrants the same thing. "In all the rescue missions I was involved in, I never met a Sub-Saharan African wearing a life jacket."

But it doesn’t take much for a person to drown, especially if the seas are rough and the boat starts to sink. "15 minutes," Anthony estimates, while the NGO Sea Watch notes it can happen as fast as 30 seconds if the person ending up in the water doesn’t know how to swim.

In Libya, life jackets are expensive. They can either be negotiated as an added bonus to the traffickers’ already pricey "packaged offers", or be bought separately on the side. But in both cases, "it’s an expensive add-on that many people just can’t afford," Maurice Stierl, one of the founders of the distress call platform Alarm Phone, explains.

"Many people don’t have the money to buy themselves this type of added security before they leave," he says. 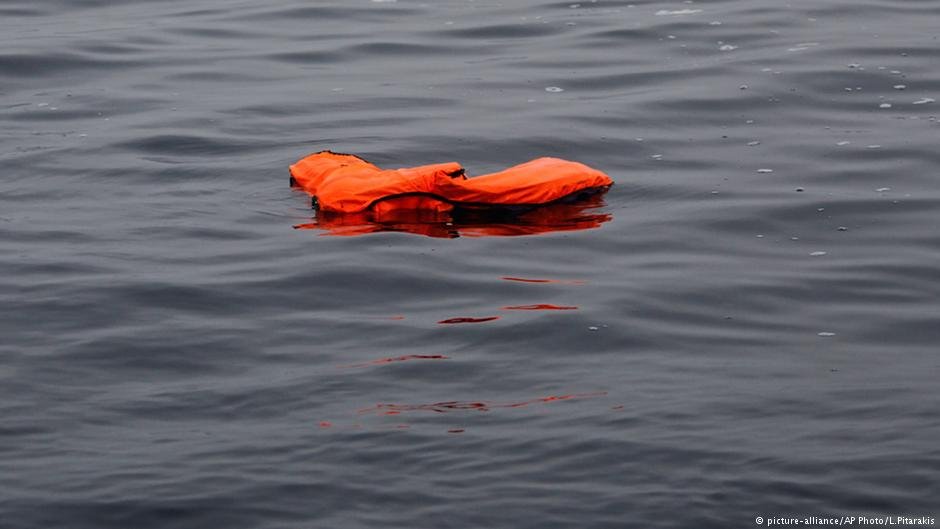 According to many of the migrants InfoMigrants have spoken to, a life jacket can cost anything from €50 to €400. "It depends on the quality of the life jacket and the price negotiated with the trafficker," Sissoko, a Malian who survived a 2016 shipwreck, says.

"For me, the trafficker gave me one because I was injured. I don’t know why he decided to help me," he says, adding that none of the other 129 passengers on board were given life jackets. "The children didn’t get anything. My life jacket ended up being too small anyway, and so I couldn’t use it."

None of the shops lining the streets of Tripoli sell life jackets. This stands in stark contrast to Izmir – the Turkish departure point for Greece - where most shop owners try to profit on the increasingly lucrative business of selling life jackets, which are visible in virtually all storefronts.

"If you walk down the streets of Tripoli, it’s impossible to find a life jacket," Sissoko says.

Panicked by the sight of the overcrowded make-shift boats they are supposed to travel on, many migrants end up begging their traffickers to hand them a life vest just minutes before their departure.

"You often see traffickers beat up migrants on the beach because they ask for life jackets. I remember the day I was leaving, an Ivorian guy next to me saw that the boat he was about to get on was leaking and taking in water. He asked for a life jacket and said he would refuse to leave without one. And so the Libyans brought him down [from the boat] and beat him up," Sissoko recalls.

To stay out of sight

Other migrants recount how they have had their life jackets confiscated just as they are about to board their boats. "I paid 300 Libyan dinars (€60) to a trafficker in Tripoli to be able to get myself a life jacket, but when I arrived on the beach they took it from me," recalls a friend of Sissoko who also survived the perilous sea crossing.

A migrant describes how a trafficker in Tripoli once told him that an “[orange] life jacket isn’t discreet enough. It can alert the Libyan coastguard." On top of that, the trafficker said that "wearing a life jacket takes up room, and we have to fill the boats to the max."

Desperate for some kind of safety equipment, however, some migrants try to make their own. "I’ve picked up people wearing bike or car tubes around their waists," Anthony, the former Aquarius crewmember, says.

Although some migrants actually get to keep their life jackets when going on board, they are no guarantee for their safety. In some cases, they are even hazardous. "I've seen migrants wearing outdated life jackets from the 1970s, made for the purpose of canoeing or windsurfing," Anthony says. "With these kinds of life jackets, all it takes is one wave and the person is under the water."

More than 2,250 people died in the Mediterranean in 2018. Despite the freezing temperatures and the bad weather conditions currently hitting the region, hundreds of migrants still try to make the dangerous crossing every month.