Aïcha from Ivory Coast: 'After being married off at 13 and beaten, I decided to change my life'

Before she reached the French port city of Marseille 18 months ago, 29-year-old Aïcha travelled thousands of kilometers to escape violence and death threats in Ivory Coast. Today, the single mother of four dreams of setting up an association defending women’s rights. InfoMigrants met her in the emergency shelter Saint-Just in Marseille where she works as a volunteer.

"I left Ivory Coast because I was threatened over defending women’s rights after having suffered violence myself for many years. At 13, I was forced to marry a man who was three times my age. I was his third wife and he beat me.

I decided to change my life, but it was a very difficult decision to make because I wasn’t on my own. I had three small children at the time. I divorced despite being afraid of doing so. After the separation, I started to bring women together to make them aware of the situation for women. I also helped young girls escape from their forced marriages.

Then, the husband of one of the girls went to talk to the head of my village to denounce me. From then on, everything went downhill. People starting throwing rocks at me in the street, they verbally assaulted me, and they threatened both me and my children.

One day, a group of strangers beat me up. They ripped off my clothes, I was totally naked, and then they filmed the whole thing. They said they were going to post the video online, cut me into pieces and bury me in the woods. It was too much for me, and so I left, I wanted to go as far away from there as possible. I left my son with my mother, who is a very strong woman. And I escaped with my two girls.

Sleeping in holes in the desert

I went to Abidjan because a childhood friend from my village lived there. She couldn’t house me though because it was too dangerous for her. But I begged her to keep my girls, which she accepted to do. I left the city and had no one to help me. I crossed the border into Burkina Faso, and from there, I went to Mali to work as a cleaning lady to make some money. I was offered to enter an arranged marriage to a Malian man who worked in Libya. I briefly went back to Ivory Coast to give some money for my girls and my boy, and then I headed to Libya.

After I arrived in Agadez [in Niger; eds note], I spent about three weeks planning the rest of my journey. I then spent nine days in the Ténéré desert, I didn’t see a single village during that time or any other person aside from the people I was travelling with. There were 24 of us in two pick-up trucks. At night, the desert was so cold that we had to dig holes in the sand in order to have some shelter while we were sleeping. I was very afraid of getting beaten or raped. But finally I reached Libya.

I accepted to marry the Malian man because I got very scared when I discovered the situation in Libya, and I told myself that he would protect me. It was a pretty nice man, he didn’t mistreat me in any way. One day, he left for work and didn’t come back for a week. During that time, I got very sick. The people we were living with got scared that I would die. Since we were all illegals, they were afraid that they would have problems if I died. They didn’t know what to do. And so they paid a trafficker and put me on a small inflatable boat to Europe. That was in May 2017.

‘When I think back on it all, it’s as if I’m dead and that all this is a dream’

The sea-crossing was horrible. There were about 140 of us, and everyone panicked when the boat started to take in water. People were all over the place, and I got crushed under several men who stepped on me. I thought I was going to die because my face was under water and I started praying. I stayed like that until another passenger saw me and pulled me out. Shortly afterward, we were rescued by the Aquarius [a private migrant rescue ship, eds note], and were taken to Italy.

Even today, I have a hard time believing that I’m still alive. When I think back on it all, it’s as if I’m dead and that all this is a dream. I still get shaky when I think about it.

UPDATE: The #Aquarius is headed for Reggio Calabria. Our 729 guests will begin disembarking at 10am tomorrow morning. pic.twitter.com/mHCmxhtXV6

When I arrived in Italy, a doctor examined me and I discovered I was pregnant. That was why I had been sick all this time. The reception and the living conditions were horrible over there. We weren’t free, and I couldn’t imagine staying in Italy. But I had gone too far to go back, and so I continued on my journey. I waited to get some money, and then I took the train through Naples, Rome, Milan, Ventimiglia.

I gave €200 to a trafficker to go to France, but he just took my money and didn’t do anything. He left me there. Without any money in my pockets, I went to the train station anyway. I got dressed up, put on some fancy sunglasses, and sat myself down with a straight back, crossing my legs and pretended to read things on my phone that didn’t even work anymore. I did all this to make sure I would just pass off as a "Mrs. Anyone." It worked, nobody checked me!

‘Women don’t need a man to make it’

I arrived in Cannes without any money. I didn’t know where I was and thought I was going crazy. Then a kind man gave me €5 and recommended I don't stay there. I looked at the map: it was out of the question to go to Paris, there were too many people there, too many migrants like me. Then I saw Marseille, and that’s how – just by chance - I ended up here. That was in July 2017. I called 115 [French emergency shelter number, eds note] and was offered help. I gave birth here.

Now I live in a reception centre (CADA) with my baby. I’ve applied for asylum, and I’ve had the first interview. I haven’t heard anything about it for 10 months now though. But despite that, I feel that we’ve been welcomed here in France. I’m happy here, and my baby will be able to grow up in a peaceful manner. I decided I wanted to help people in the squat just as I’ve been helped. And so I became a volunteer. I help to keep the squat clean and tidy. There are plenty of women here, and I can give them advice, help them, listen to them. 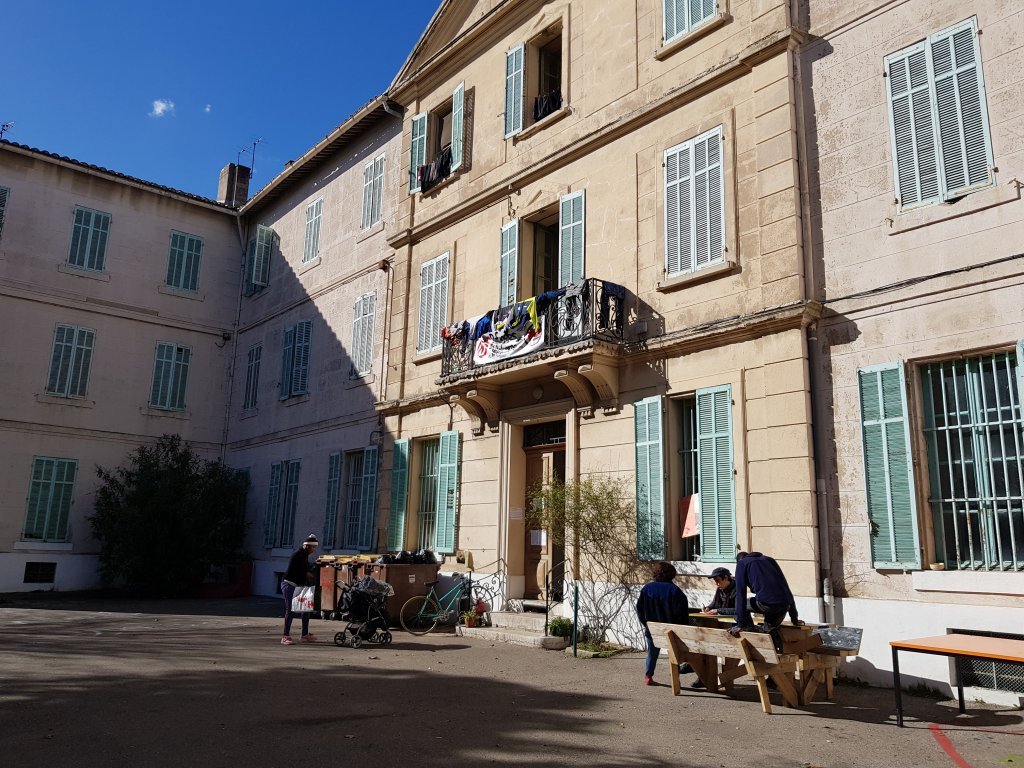 Today, the most difficult thing for me is to stay separated from my other children. All I want is to be reunited with them again. But my ex-Ivorian husband has taken my girls as a way to get revenge on me. My oldest is 11 years old, and soon she will be a young woman. I’m so afraid for her, and that she will have to go through the same thing I did. I don’t know how to prevent it.

My mission is to continue to make women aware of their situation, just the way I did in Ivory Coast. I want to tell women that they don’t need a man to make it. It breaks my heart to see migrant women, even here in France, not have their own credit cards, no independence…

If I manage to get my papers, I’d like to set up an association to help women. And my biggest dream is to be reunited with my children, whom I love so much."