Lesbian asylum-seekers at the mercy of German bureaucracy

Diana Namusoke and Success Johnson fled violence and discrimination back home in Africa, only to be caught up in Germany's messy asylum system. Luisa Rollenhagen reports from Berlin.

We're sitting in a small meeting room in a church in Kreuzberg, Berlin on a bitterly cold day in late January, and Namusoke keeps her coat and knit hat on, giving the impression that the small woman is sinking into her clothes, hiding further away from the world.

Opposite her sits Success Johnson, anxiously stirring a spoon in her cup of tea. Johnson sucks air through her teeth and shakes her head. "They don't care about others," she says.

Namusoke, 48, and Johnson, 27, are two lesbian women from Uganda and Nigeria respectively, who have come to Germany in search of asylum. They've explained — first to the police officers who picked them up, then to the aid workers at the refugee centers where they were transferred, and then at their asylum application interview at the Federal Office for Migration and Refugees (BAMF) — that they feared for their lives in their home countries. That as a lesbian woman, nowhere was safe. And now they're in acute danger of being deported back to the places they have desperately been trying to escape.

Both the BAMF and the respective administrative courts that handled the women's appeal claims don't believe the women are lesbians. Because Namusoke and Johnson didn't deliver a "gapless account of their experiences," as is required by the BAMF, their requests for asylum were denied.

This led to a situation where, in late November 2018, the two women fled once again: this time from Bavaria — where their asylum claims had been filed, rejected and their deportation had been ordered — to Berlin, where two church communities granted them asylum.

Namusoke knew she was a lesbian at a young age. When she was 13, she had her first girlfriend. While she managed to keep her sexuality hidden for a while, her family eventually found out when she was 16, and kicked her out. For Namusoke it marked the end of her schooling, the end of her family life and the beginning of a life filled with fear, uncertainty and relentless bureaucracy. In Uganda, homosexuality is illegal and punishable with hefty prison sentences. 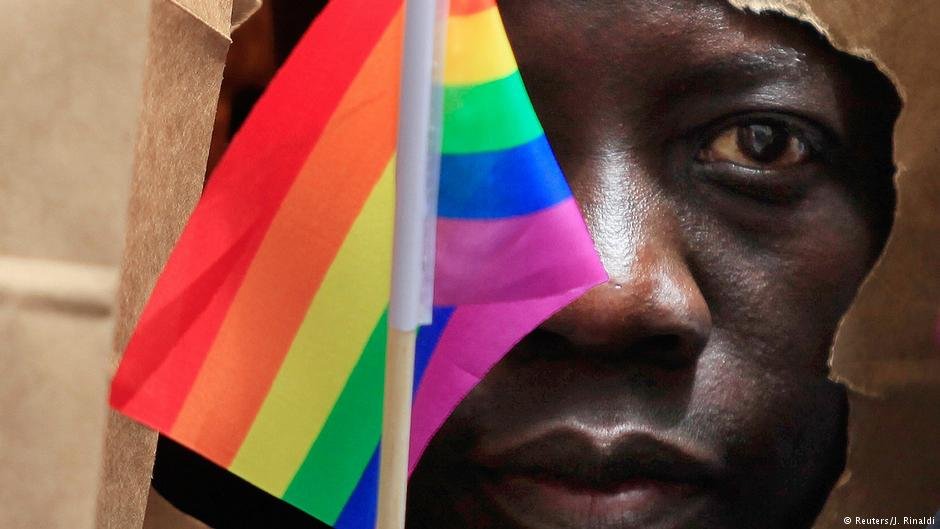 Namusoke's lawyer, Andrea Reents, who has represented many LGBTQ refugees in Germany, tells DW that law enforcement in countries where homosexuality is illegal will turn a blind eye to acts of violence against individuals. "People will be beaten up in the middle of the street," she says. "The problem is that when the police gets involved, the perpetrators usually aren't arrested; it will be the victim."

Namusoke had been violently beaten up too, as she recounts in a video petition she and Johnson made to the German Bundestag. In 2014, with the help of an acquaintance, she was able to get on a flight to Germany, where she asked for asylum upon landing.

When she gave her initial statement to the police, Namusoke told them she was a lesbian. But then she was brought to a refugee shelter with many other refugees from Uganda and other African countries, and the familiar fear returned.

"I started growing fearful that if I come out now, people may discriminate against me as they have in the past," she says. So when it was time for her interview with the BAMF, she simply said she was fleeing Uganda because her family was forcing her to get married.

For Ulrike La Gro, a representative for the federal church asylum association, this is emblematic of the shortcomings of the German asylum system when dealing with vulnerable individuals like LGTBQ refugees.

"You're supposed to get special protection and advice before you go to your BAMF interview [if you've told authorities that you're homosexual]," she tells DW. But at the shelter, Namusoke didn't feel safe coming out. La Gro says another problem is that the BAMF's case assessments are also often published in German and need to be translated.

"She was worried that if someone translated the assessment for her, they would see her reasons [for her application], and she'd experience issues again," says La Gro.

Johnson also knew she was a lesbian by the time she was 13. She lost her parents at an early age, and grew up in Benin City. In Nigeria, homosexual relationships are also illegal, and after an anti-same-sex marriage law was signed in 2014, an increased tolerance for violence against LGBTQ individuals made it "impossible" for her to keep living there, she says. She left Nigeria in 2016, by first traveling to Libya, and then across the Mediterranean to Spain. 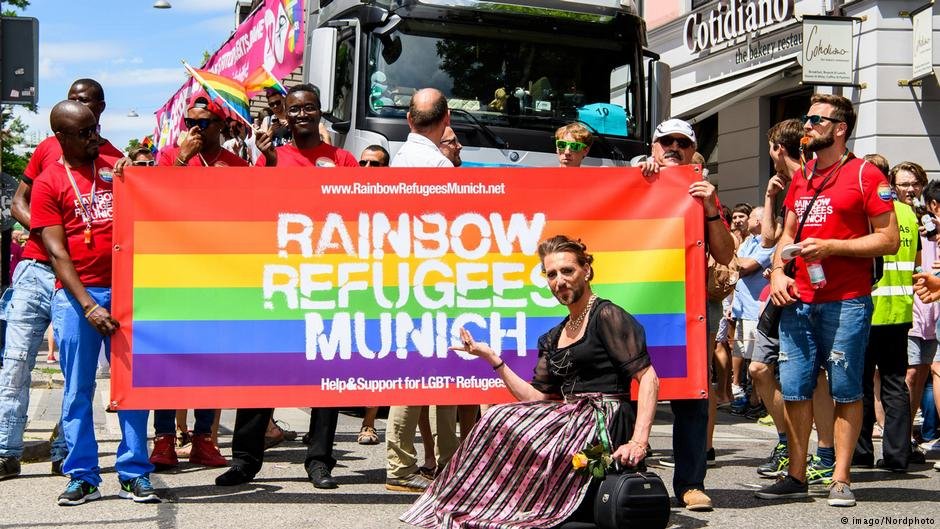 She's reluctant to speak about her experiences, and often she stops mid-sentence, her voice trailing off, her eyes fixed on the cup in front of her. "I don't want to talk about Spain," she says. "It was painful."

Somewhere along the way to Spain she was raped, and when she arrived in Spain she gave birth to a girl. Johnson lived illegally in Spain, and at some point the authorities took away her child, although the details are vague. She then went on to Switzerland, where she unsuccessfully applied for asylum, and then on to Germany.

In her first asylum application, Johnson didn't say she was a lesbian, in part because she was worried that they wouldn't believe her because of her child. "I thought maybe if I come out and say I am a lesbian, they would turn away from me," she adds. It was only when she came across the organization LeTRa, a Munich-based counselling center for lesbian individuals and refugees, that she began feeling comfortable saying she's a lesbian. That's where she met Namusoke.

Julia Serdarov, a counselor at LeTRa who's been actively involved in their cases, said the conflicting statements of the two women need to be viewed through a cultural lens. "These interviews [with BAMF] require you to develop a very specific narrative about your own biography. And I really think that what the BAMF expects clashes with what the people who are recounting very traumatic events feel."

Both Johnson's and Namusoke's lawyers have been submitting appeals claims to the court in Bavaria, which are still pending. The church asylum saved them from deportation in November, but it didn't remove the fear and anxiety that accompanied them at every step.

"We are not safe anymore," Namusoke says, explaining that the publicity around their case means they can now be easily outed in their home countries. "When you are sleeping at night, you can't sleep. You close one of your eyes and open one. You're always afraid," Johnson says.