Bosnia – Croatia: ‘The game’, a cat-and-mouse chase between migrants and border police

In the past year, Bosnia has become an inevitable leg on the new migrant route passing through the Balkans. From there, the migrants hope to cross the border into Croatia, an EU member state, but are often caught by police and sent back to Bosnia. This small impoverished state, which for many was only supposed to serve as a transit point, is increasingly turning into a dead end, with some 5,000 people now finding themselves blocked at the border leading into the European Union.

It’s just before nightfall and small groups of migrants have taken to the road in Bihać, in northeastern Bosnia. Carrying huge backpacks and equipped with sleeping bags, they’ve geared up for what everyone here refers to as “the game”: A cat-and-mouse chase involving the Croatian police. The aim is to cross the Bosnian-Croatian border by foot without being detected by officers.

Haris, 23, and his brother Salman, 16, are from Pakistan. They’ve attempted the difficult crossing six times already. Every single time, they have been caught by police and been sent back to Bosnia. But on this particular evening, they hope that the bad weather will play in their favor and result in fewer police controls. “We’re going to take road 217. Then we’re going to take another road, and then we can continue towards Italy,” Haris explains in good-level English. The two brothers are trying to reach Trieste, the closest Italian city and which is located some 240 kilometers from Bihać. “We’re going to need all the luck we can get, all the prayers and wishes possible to succeed in crossing the forest” the young man says in a hopeful voice. 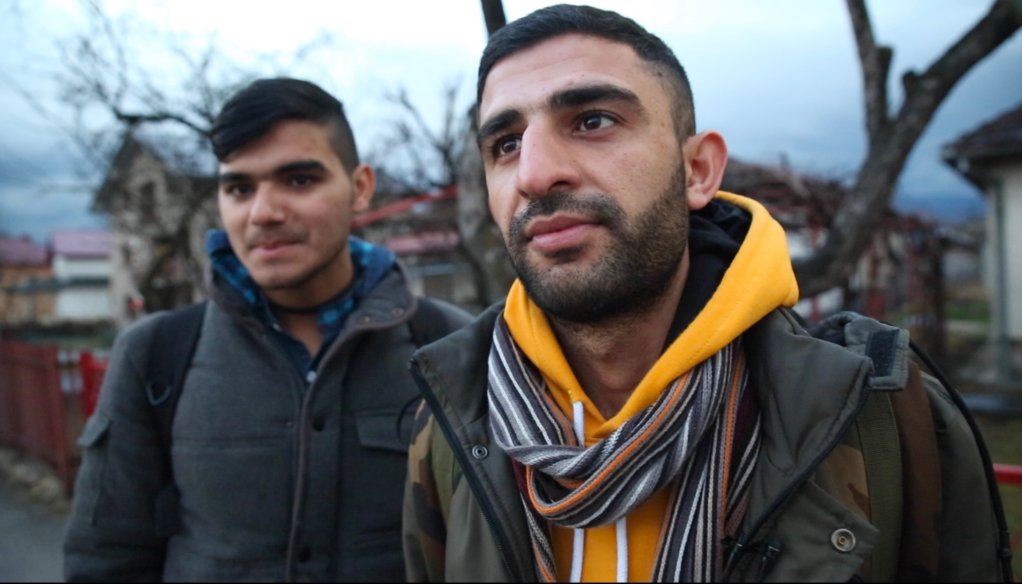 The duo fled the western Pakistani city of Peshawar, near the Afghan border, after their father was murdered. He was a salesman in Kabul. During one of his business trips, he was kidnapped for ransom by the Taliban. “Our family paid the ransom, but they killed our father anyway,” Haris recounts. “After that, our mother told us to leave for our safety. We hope to go to Italy, then Spain or France. We would like to work and then we want to bring our mother over.”

To attain this dream, they have already travelled through Iran, Turkey, Greece, Albania and Montenegro. Six months ago, they arrived in Bosnia.

The increased migrant arrivals in Bosnia have put the country on the spot: Between 2017 and 2018, the number of migrant arrivals jumped from 700 to a staggering 24,000. The Bosnians, who are still healing from the war that ravaged the tiny country in the 1990s, have been kind in their welcome. But as the situation worsens, the compassion has increasingly been replaced with fatigue. Locals feel abandoned by the government. But at the start of the winter, local authorities finally allowed the International Organization for Migration (IOM) to open up migrant shelters. There are now a total of four shelters located close to the Bosnian-Croatian border.

On the outskirts of Bihać, a former Bira factory houses families, but in particular single men, with the majority originating from Pakistan, Afghanistan, Iran, Syria and northern Africa. Tensions regularly flare up in the overcrowded camp which was initially set up to house some 1,500 migrants, but is now home to at least 2,300 people, according to IOM estimates.

Ali has been living in the camp for four months and shares a shipping container with five other people. “In the camp, we do nothing but wait for the time to pass. We only think about the place we want to go to,” he sighs. Ali also wants to go to Italy to work. But the long wait is starting to weigh on him. “I get very bored in the camp and sometimes I get angry over the conditions that we are living in. I don’t like to have nothing to do. I want to work, I have plans for my future. I hope to leave soon. I don’t want to live in this camp anymore,” he says.

Ali has tried - and failed - to cross the Croatian border twice already. He is determined to make a third attempt sometime soon. The failures of his friends doesn’t seem to discourage him. In one of the tents, where about a hundred migrants have been crammed together, the young Pakistani points out four men. They are sleeping after having returned exhausted to the camp the same morning. One of them has a bandage around his left leg. “Yesterday, they crossed the border. They succeeded, they made it to Croatia. They told me they were resting for a bit. They were sitting down when dogs came up behind them and injured them. The Croatian police had sent their dogs on them,” Ali explains. “The officers took their blankets, their jackets, as well as their phones and broke them. They never give belongings back to migrants, sometimes they don’t even give them their shoes back.”

Several NGOs document the police violence, including the Croatia-based “Are You Syrious” which has contact people in all the European countries that the migrants cross. According to its president, Milena Zajovic, “the police break their phones so they can’t film, they want to destroy any evidence of abuse, and they want to prevent people from trying again seeing they use websites such as Google Maps to make their way through the forest”. According to several testimonies collected by InfoMigrants, the Croatian police doesn’t hand the migrants they arrest over to Bosnian police. Instead, they just send them back over the border. That’s what happened to Hamza and his friends, and who have returned to the Bira camp: “Croatian police arrested us two days ago and they broke our phones. They let us go in Bosnia, but we had to walk 15 kilometers this morning to get back to the camp,” the Pakistani says.

Velika Kladuša is a small village which is about an hour’s drive from Bihać. It is another favored crossing for the migrants heading to Europe. In a restaurant that offers free meals, Mourad is in the midst of devouring a plate of pasta. He is 24 and from Algeria. Mourad and his friends had already spent nine days walking in Croatia and had come as far as the city of Rijeka, on the border to Slovenia, when they were arrested. “The police didn’t give us anything to eat,” he recalls. “We spent the night in a van. It was cold, and it was impossible to sleep. The next day, the police drove us to the border, near Kladuša.” 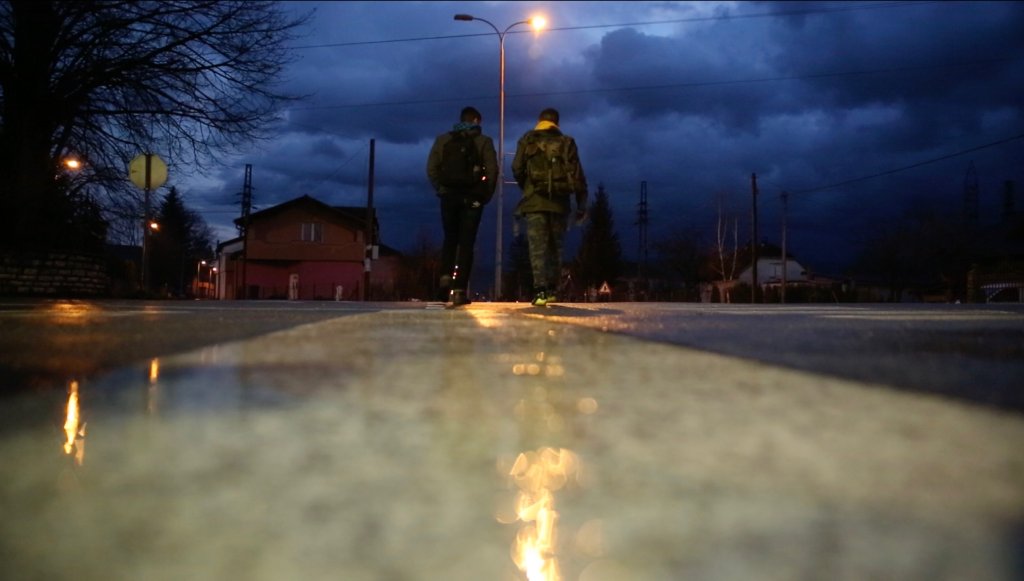 During their trek through the forest and the mountains, Mourad said they encountered two bears. The region is full of wild animals (bears, wolves, lynxes, etc.) and can therefore be dangerous. But despite the dangers, Mourad says he is not about to give up. “We have to cross over. We’ve walked a long way to get here, we’re almost there. At home, there is no work, no aid,” he continues. “I want to build a life, settle down somewhere where I’ll be happy.” Mourad is hoping to make his way to Paris, where he has family.

An increase in arrivals

Due to the winter, some migrants have decided to put off their attempted crossings until the spring. But this has not stemmed the number of illegal arrivals flooding into Bosnia. According to figures provided by country’s foreign affairs office, the number of arrivals totaled 700 in January, 900 in February, and 341 in the first week of March.

Peter Van der Auweraert, OIM director in Bosnia-Herzegovina, fears this development. “If there are a lot of new arrivals but the migrants have more trouble crossing into Croatia than last year, many will find themselves stuck in Bosnia, and it will give us problems because there isn’t capacity for more housing. We would end up in the same situation we were last summer, with people sleeping in parks.”