Changes ahead regarding cash assistance and accommodation for refugees in Greece

Around 200 refugees in Greece will have to move out of accommodation that was provided to them through an EU funded scheme. Their cash assistance will also be stopped. The caps are necessary to assist newly arrived vulnerable persons, the UNHCR says.

Some 200 refugees and beneficiaries of subsidiary protection in Greece have been told by the Ministry of Migration that they have to leave the camps and accommodation in which they are living and that the cash assistance on which they have relied will also be stopped by the end of June. Some worry that government provisions won't match what they have so far received from a European Commission funded scheme, sparking small-scale protests on the streets of Athens in recent weeks.
The support scheme, ESTIA (European Emergency Support to Integration and Accommodation), is financed by the European Commission and is administered by the UNHCR in Greece. It has been funding vulnerable asylum seekers and refugees in the country since 2015. The program was originally just designed for relocation purposes in 2015 but was expanded the next year as more and more people arrived in Greece. 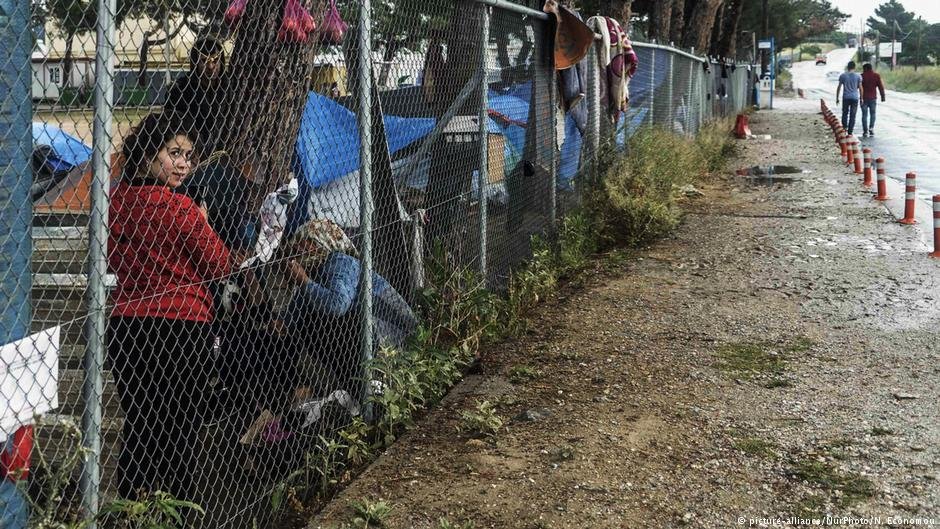 What is ESTIA?
The program has two components - accommodation and cash assistance. It comprises 26,000 accommodation places mostly in Athens and Thessaloniki as well as about 1,500 places on the islands, according to Boris Cheshirkov from the United Nations High Commmissioner for Refugees (UNHCR) in Athens.
The second part of ESTIA is about cash assistance (Greek Cash Alliance - GCA) via an electronic cash card. "In January, that assistance was provided for about 63,800 refugees and asylum seekers," Cheshirkov says. The UNHCR estimates that of those who arrived after January 1, 2015 there are around 74,000 asylum seekers and refugees currently in the country, so the assistance is provided to the large majority of those people.
Cash cards: How do they work?
The cash cards are loaded with cash on a monthly basis by the UNHCR. The amount of money is dependent on the size of someone’s family and the type of assistance being provided.
If a person is in accommodation where food is provided, they can expect to receive around 90 euros per month. Without food, it’s around 150 euros per month. Families receive more, and the maximum capped amount is 550 euros per month for families of seven or more, according to the UNHCR.

The cash is intended to cover food (when not provided), transport, communication, school materials and medicine, as well as clothing and hygiene products. Accommodation is provided separately. The cash gives refugees and asylum seekers a choice in what they buy and is meant to support their integration and gradually strengthen the local economy too, by allowing refugees to buy local products with their cards.
Those who are issued with the cards have to meet the UNHCR once a month to verify that they are still in the country. If they leave Greece, their cards are automatically cancelled. The cards are calibrated so that money can only be withdrawn in Greece. An attempt to use the card outside Greece blocks the card automatically.
Changes ahead: Enforcing policy
The ESTIA scheme was only intended to cover recognized refugees for six months after they are granted refugee status or subsidiary protection. However, the grace period continued to be extended allowing even those who had the potential to work and rent private accommodation to stay within the UNHCR and government system. This was in large part to recognize the difficulty that many registered refugees still face in fully integrating into the Greek system and finding adequate work by which they could sustain themselves and their families. 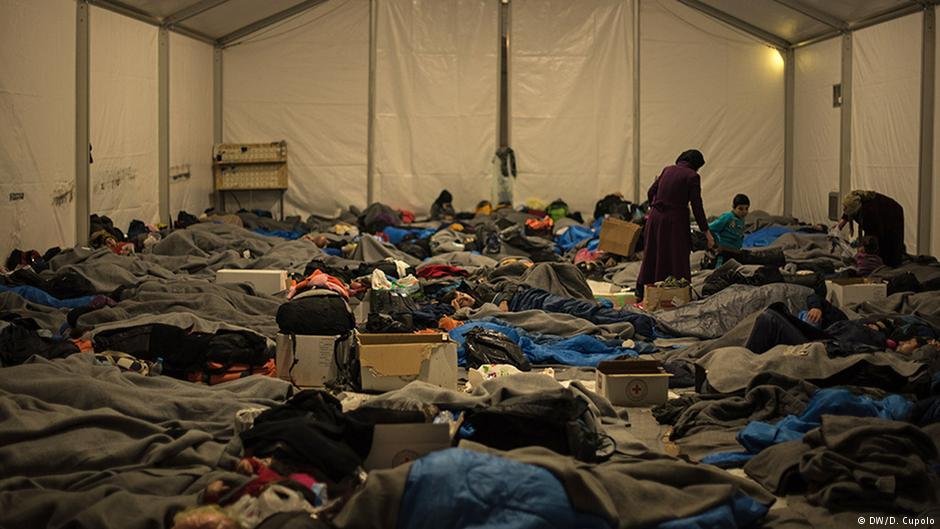 Who is affected by the change?
At the end of January, the Greek government announced that it would stop extending the grace period and that those who received a refugee status on or before July 31, 2017 would need to leave UNHCR accommodation or camps by March 31, 2019.
Cash assistance will be continued until June 31 2019. If the refugee fails to leave their accommodation, their cash is due to cease with immediate effect on March 31 2019.
Those who got asylum between August 1, 2017 and December 31, 2018 will eventually also be asked to leave their camp or accommodation and will lose access to the cash assistance but these programs will be rolled out gradually over the coming months and years.
Who is exempt?
Those who are assessed as vulnerable will be allowed to stay in accommodation for longer and will continue to receive cash assistance. Children who are enrolled in school near a camp can also stay in that camp, with their families, until the end of the school year at the end of June.
Those already living in private accommodation will continue to receive cash assistance until the end of June 2019 anyway.
So far, only 200 people have been assessed capable of managing without assistance.
Criticism
The charity Refugee Legal Support in Athens is worried that for those whose assistance might be coming to an end, there are not adequate provisions in place and that many will become homeless. Refugees need a home even once they have been recognized, they wrote in an open letter to protest the policy enforcement. They argue that “housing is … the gateway to integration and enjoying adequate living conditions is an essential factor of successful social inclusion.”
They claim that the Greek welfare system is “not adequately equipped to host and support recognized refugees” and that there is a fundamental lack of social housing provision “both for locals and newcomers.” 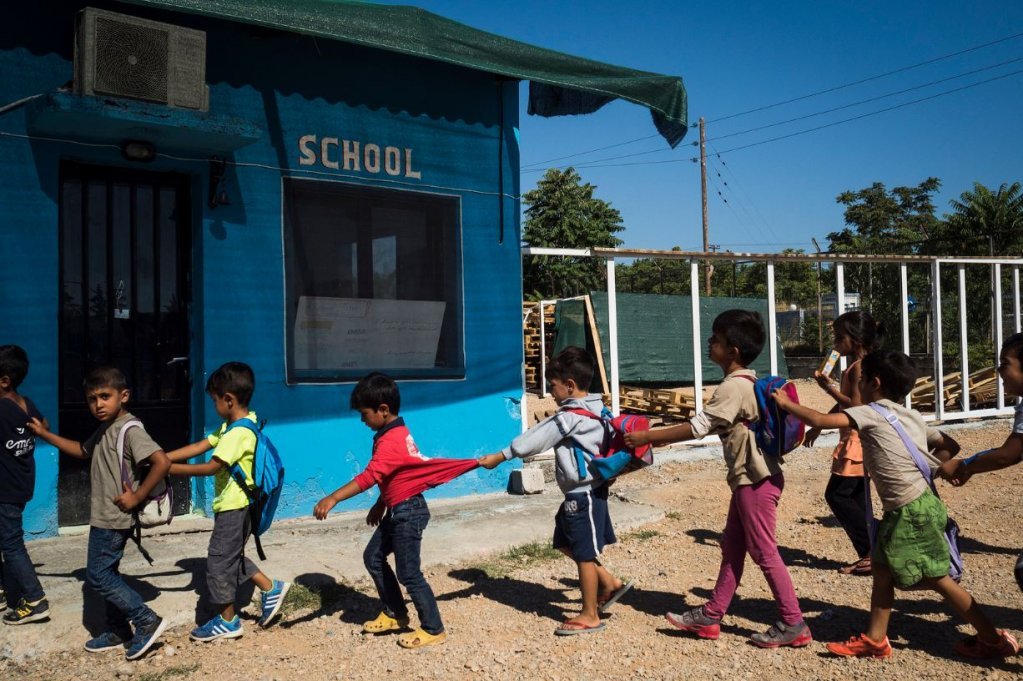 They call upon the European Commission to make sure that everyone who has gone through the asylum process be provided with an adequate housing solution at the end of their process.
UNHCR ‘welcomes’ government initiative
For those asked to leave the ESTIA program, the Greek government is putting in place support programs to be rolled out in June. The UNHCR welcomes the “set of concrete actions announced by the Greek Ministry of Migration Policy to support refugees in accessing gainful employment and social solidarity safety nets as they integrate in Greece.”
The Greek government strategy will cover 5,000 newly recognized refugees and will offer a vocational training program to an additional 3,000. The 200 currently asked to leave their accommodation by the end of March will be prioritized for this vocational training and will be helped to access social solidarity income, according to UNHCR.
Provisions for the vulnerable
The UNHCR say that the government changes are needed to accommodate thousands of vulnerable new arrivals in the country. "We have right now 100's of asylum-seekers who are in very difficult conditions on Samos, who have vulnerabilities and they would be eligible for places in ESTIA as long as places are available," says Cheshirkov.
The grace period for ESTIA, however, will no longer be extended, according to information available to Refugee Info. Those who receive asylum in 2019 will probably be granted the six months statutory leave to remain in accommodation and receiving cash assistance, as the program was designed, and then it will stop, Refugee Info writes on their blog.
The future
Cheshirkov said that there was a meeting between the Greek government and NGOs last Tuesday and there is a "clear understanding that a thorough process has been carried out [to assess the people who can manage on their own] ...and the Greek government has provided concrete assurances that specific actions will be taken to support those who will leave at the end of the month. It is understandable that some will have concerns but we have to look at the sustainability of the program. The reception system in Greece cannot just continue to grow."