'More Than One Million Pains': Sexual violence in Italy (Part 2)

A recent report by the Women's Refugee Commission (WRC) detailed cases of sexual violence and exploitation of migrants, including young men and boys, during their journey to Italy. It goes on to describe what happens to many survivors after they reach Europe.

Sometimes, reaching Europe does not mean an end to the suffering. Unfortunately, the WRC report notes that the sexual violence and exploitation doesn’t stop when migrants and refugees get to Italy. Numbers are difficult to quantify, but the vast majority of Nigerian women who reach Italy fall victim to sexual exploitation through prostitution. There are also reports of young men, "unaccompanied minors being exploited or becoming so vulnerable, unable to work, having lost contact with their families, (sometimes because of the shame of what they underwent on the journey to Italy,) that they turn to sex work in order to make some money, or because they think those that groom them and offer them an entrance into that kind of work will solve their problems for them."

Malike* from Ghana said that "sexual violence is not just on the journey, […] it’s [in Italy] too. They abuse us here. We wake up without a penny in our pocket and the pain of hunger in our stomach. What can we do? We have to sleep with the white people in order to eat." A 2015 study, published in the journal Reproductive Health Matters, found that 28.6 percent of male migrants and 69.3 percent of female migrants were subject to sexual violence after their arrival in Europe.

The most vulnerable group after women is unaccompanied and separated adolescent males and persons with diverse sexual identities. But these are not the only people at risk. Some participants in the group discussions also reported adult heterosexual males selling sex "for economic reasons." One man from West Africa, living in a "squalid informal settlement for several years," told the researchers: "We are forced to do things because we need money. I had a friend near Teramo [in the central Abruzzo region]. There was a man who gave him 1,000 euros to come to his home and sleep with his wife. The man filmed this." 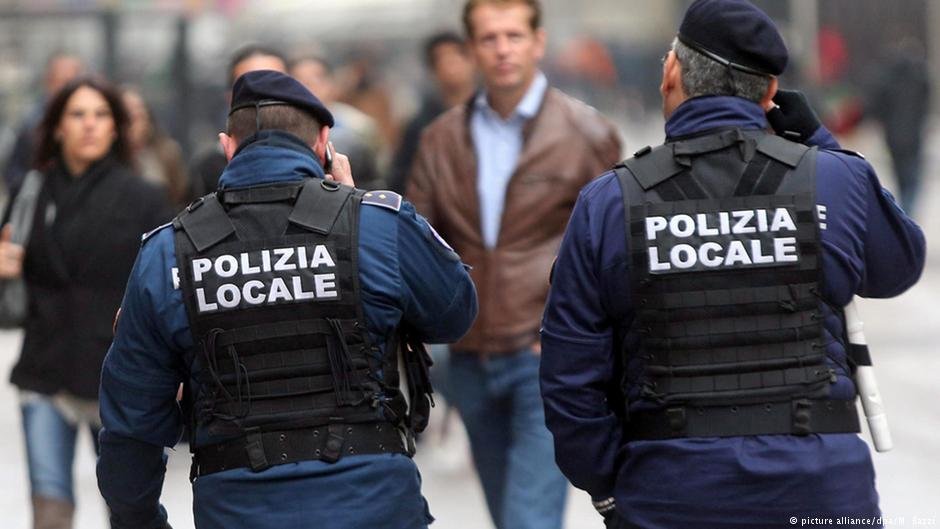 Others confirmed that mainly older Italian men would pay for sex with refugee and migrant men. There were some accounts of older Italian women paying. One legal aid officer even reported the case of a group of young adolescent migrants being recruited to perpetrate a sexual crime. In this case, an Italian man paid five young African men to rape his 15-year-old autistic daughter while he filmed the assault. The same legal aid officer, whilst not wanting to excuse the severity of their crime, felt that the experiences they had probably undergone in Libya meant that they no longer were able to see that what they were doing was wrong. "They were very young and had no awareness about what they had done. […] The normalization of the sexual violence that they suffered as torture affected their ability to understand the seriousness of the situation," he told the researchers.

Amnesty International also documented "four cases of Italian police officers inflicting genital violence, forced nudity and sexual humiliation on male refugee detainees." There is also concern about the incarceration of minors alongside adult males because of the "widespread sexual violence in the Italian prison system." One child protection officer said that the issue of adolescent migrant boys selling sex was "strongly underestimated." The case can be further complicated with older adolescents because often the sex doesn’t appear to be physically forced. One child protection officer described a likely scenario. "[The boys] rationally decide, 'this will help me solve my problems.' All they can think about are their vulnerabilities – that they have no money, they are worried about their families, they are scared about their future." 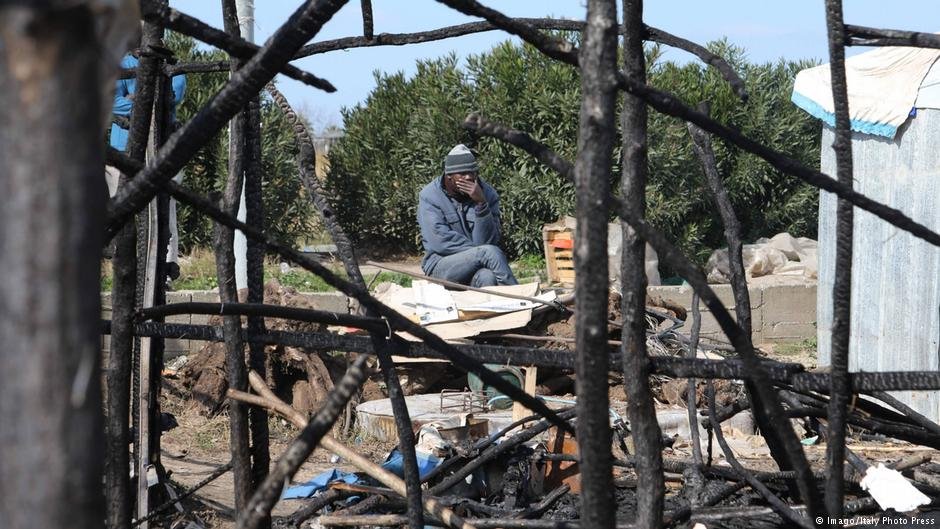 Key informants reported that much of the exploitation happens to boys still living within reception centers. Often these centers don’t provide pocket money which, according to the report, forces them to find other ways of generating income, as they are unable to work legally. Even once they have turned 18 or 21, these boys can still be very vulnerable. It is at this age that they are forced to leave the reception centers and survive on their own. The report found that "engagement in exploitative labor […] can increase vulnerability to sexual exploitation as it sets up a vicious cycle." A key informant described the scenario: "Boys get paid two euros an hour to work in a pizza shop, pick or sell fruit, or do laundry work. They are working 10 to 12 hours per day, their bodies hurt, so they take drugs. There’s not enough money, so they supplement with some sex work on the side."

A 2018 report from Save the Children "Young, Invisible, Enslaved" said that drugs are often the gateway to pushing refugee and migrant boys into sexual exploitation. On the Italo-French border at Ventimiglia there are frequent reports of adolescents selling sex to pay for their trip on into France and beyond. Because many of these young people will have left centers in order to reach France or other European countries, they have often dropped out of the system, making them vulnerable precisely because they are untraceable.

Although only one case of sexual misconduct by reception center staff was reported, there were reports of boys being raped by older boys of the same nationality within the reception centers. Those who took part in the study said that "reporting mechanisms for sexual violence are weak" in many reception centers.

Those who are gay highlight even more problems. Often isolated from their families and communities, where being gay might not be accepted, they can fall prey to older Italian men and women, including male and female clergy. One care worker reported that a young gay refugee was touched by a priest and "didn’t dare refuse him sex." The young man "didn’t perceive it as violence or abuse. It was normal for him to receive invasive attention. There was no option to say no – that is the most frightening side." 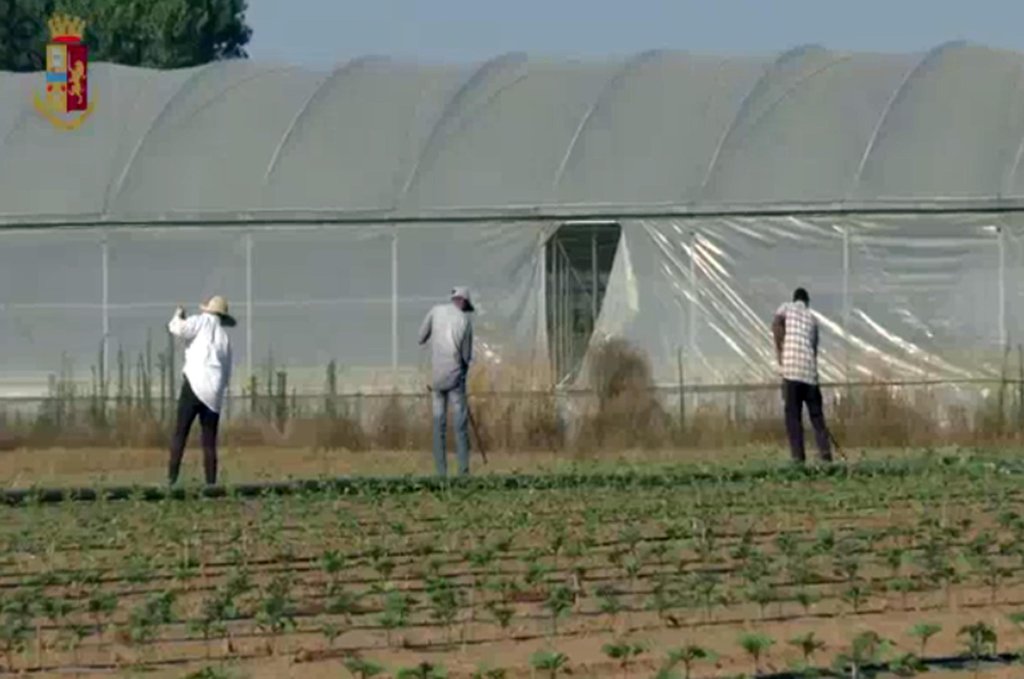 Impacts on those who have arrived in Europe

Health workers have talked about the impact all this can have on the people who are arriving in Italy and Europe. "Sexual violence against men and boys is a massive issue," said one. "I’ve met so many men and boys who are deeply traumatized on a level I have not experienced before because of their experiences in Libya." The report found that many migrants and refugees in Italy have post-traumatic stress disorder (PTSD), depression, anxiety, dissociation, auditory hallucinations (hearing voices), paranoia, memory loss and confusion, intrusive thoughts and images, sleep disturbances and erectile dysfunction. Many "struggle with intense feelings of shame, guilt and self-blame," because of what they have witnessed, perpetrated, or suffered.

Muslims report being particularly affected because what they have done, or undergone, is strictly forbidden in their religion. Damage to the survivor’s identity often ensues. Some believe that sexual violence "'turned them gay,' which causes confusion about their sexuality." If they come from a culture which puts a lot of emphasis on male identity they can become "de-structured." Self-harm, suicidal thoughts or actual suicide is a common response for male sexual violence survivors especially.

High incidence of STIs and HIV

According to a Save the Children representative in 2016, 50 percent of unaccompanied children treated by doctors in Italy presented with an STI, including sometimes HIV "which medical personnel attributed to sexual exploitation during the transit." Some were too scared and ashamed to seek help in the fear that their STIs would be attributed to the sexual violence that they had often suffered. The report recommended that there be easier ways to access this treatment but also cautioned against the stigmatization of migrants and refugees as being particularly prone to suffering from these diseases in case campaigns to this effect were instrumentalized by the far right.

The effects of these experiences, whether suffered on the way to, or within, Italy hinder the process of integration in Europe, according to the report. One child protection officer feared that the violence many had suffered could "reactivate against others later." Another said "If we don’t tackle this problem [of sexual violence], then it will have impacts in Germany, Norway, the UK, wherever people end up settling down. They will be isolated, they can’t cope, they will have demons, they will spiral down. There is [an] urgency to address this."

Nevertheless, building relationships of trust and safe spaces for survivors within host countries is the most important thing that can be offered in terms of their recovery. Provided with stability, schooling, and the encouragement to live their dreams was enough for many to be able to integrate successfully. The report noted that some centers in Italy are providing very strong services to migrants and that thousands of Italian individuals had volunteered to be guardians for minors, but there are lots of holes within the system and society overall. It branded the Italian reception system "underfunded, fragmented and decentralized." It said more training was needed for those in the first reception centers in order to help survivors of sexual violence.

Worse in the future?

According to UNICEF, the law resulting from the so-called Salvini decree, "may render an estimated 130,000 refugees and migrants homeless by 2020 and restricts access to the reception facilities." Survivors of sexual violence would be eligible for special protection permits but "few male survivors understand they have suffered sexual victimization or are recognized as survivors." Many who participated in the study feared that the law might increase the vulnerability of more migrants and refugees to sexual exploitation and abuse in the future "as well as limiting their access to services, including survivors with mental health issues and refugees and migrants living with HIV."

The report concludes that urgent action needs to be taken, both within Italy and by the EU to stop these abuses happening in Libya. It lists lessons that can be taken from the Italian context and applied to the new countries of arrival, like Spain and Greece, now that the routes to Italy have become harder to navigate.