More refugee status signing up to German higher education than before

The German Rectors’ Conference (HRK) which represents German Universities in Germany published a poll in mid-March which suggested that more refugees than ever are finding out about, and signing up to, German universities. Raihana, a 30-year-old Afghan refugee in Germany, is one of them.

Raihana Qaher is one of the more than 10,000 refugees who has signed up for a degree in Germany since 2015. She is now 30 and arrived in Germany from Afghanistan in 2013 with her mother and two brothers. Qaher already had a BA in sociology in Afghanistan and had been working for a few years there before she left. She was surprised, but pleased, to find that her degree was recognized in Germany. In Afghanistan, she hadn’t thought to continue further with her studies because she needed to work, but once in Germany, she thought, “new country, new start,” and set about learning German to a high enough level in order to apply for university.

The numbers of refugees looking into higher education in Germany have been gradually increasing year on year. In 2015, since the HRK began their unofficial poll, the number of potential students visiting universities to find out about courses was logged at just over 9,000. By 2016 this had climbed to almost 23,700. In the winter semester of 2017/18, numbers had gone up slightly to 25,760 and by the 2018/19 winter semester, when the majority of students sign up to university, the numbers had reached 27,460. 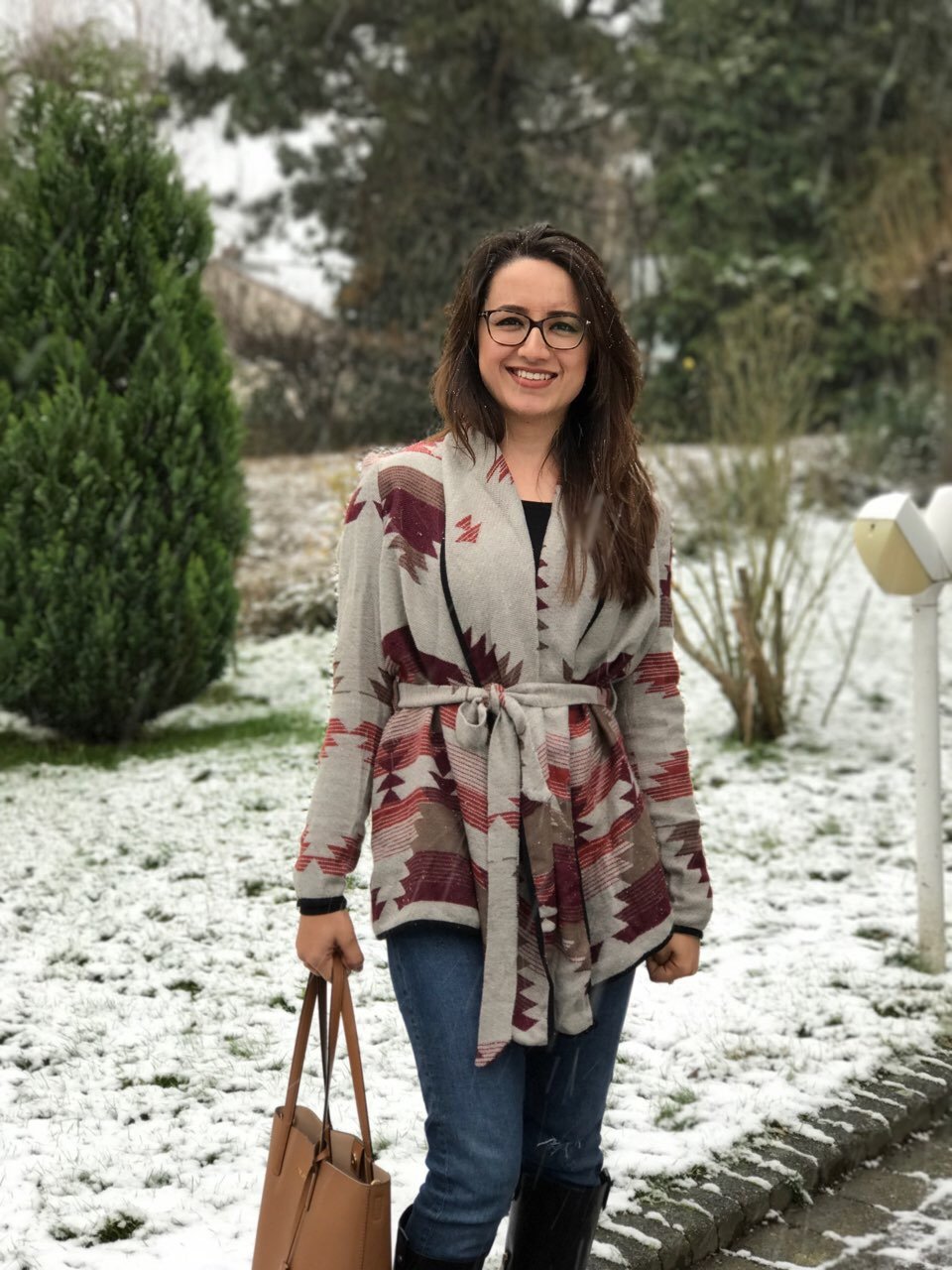 The HRK makes it clear that their figures are not a full statistical study. They rely on universities filling out their poll so it can provide a snapshot of trends but cannot give concrete numbers of who actually has enrolled and where they are from. The Universities don’t ask people specifically about their refugee status but they look at people’s nationalities and when they arrived in Germany which means they have an idea of who could be refugees. This year, 173 higher education institutions took part in the poll.

The majority of refugees applied to study or wanted to find out about Bachelor level degrees. In 2018/19 that was almost 4,000 students. 1,177 wanted to know about Masters and just 19 were looking into doctoral level degrees.

In terms of those who actually enrolled, in 2018/19 the numbers jumped significantly from just 205 people in 2015-16 to 3,788 in September 2018. Three quarters of those wanting to find out about studying were men and one quarter were women. The majority, two-thirds, came from Syria, around 15 percent came from Iran and then Afghanistan and Iraq accounted for the majority of the rest of the refugees who were enquiring about studying. 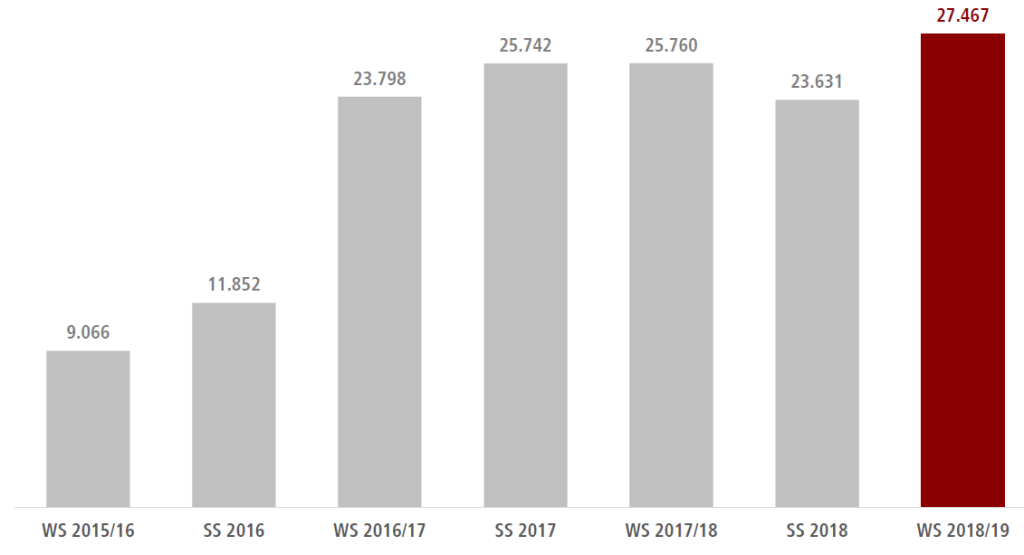 “Integration in universities is becoming better and better,” said Germany’s Education Minister Anja Karliczek from the CDU to Germany’s News Network RND. “Since the end of 2015, more than 10,000 refugees have managed to sign up for university degrees; and that pleases me. That is 10,000 more people with good chances and 10,000 future professionals. That will be good for their countries of origin, if they go back; and it is good for Germany as they will help meet the needs that our economy has.”

“Talented refugees should have the chance to study, our government is supporting that,” added Anja Karliczek. “That shows that our funding for universities is having an effect,” said Karliczek. The Education Ministry put 100 million Euros in a university integration fund for the period 2016-20. 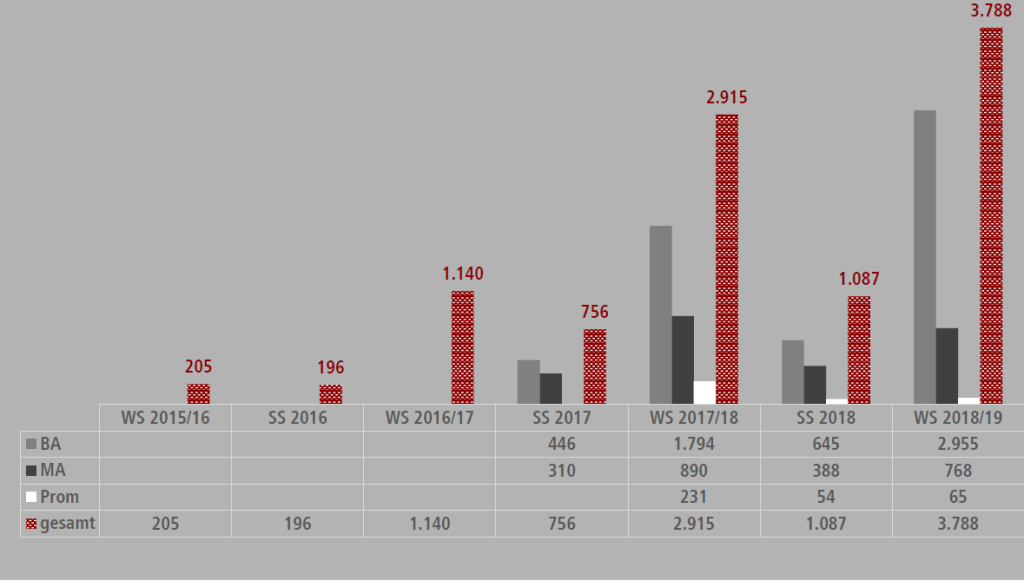 Studying for a Master degree

Raihana Qaher and her family came to Germany a bit before 2015. Provisions for refugees were not so widespread as they are now. This meant that it took her a while to find out how to enroll in a German course and she started in a Catholic church. At the time it was the only place that was offering help to families like hers, she explains. She was clear from the beginning that she wanted to learn the language in her new home. From the church she was told about the community college (VHS) where she and her brother were able to study up to B1 level German and then start applying for university. She enrolled in Spring/Summer 2018, after a few semesters studying German within the University in order to get her German up to the level required for university entrance. Qaher is about to start her third semester. She hopes to be finished with the masters in April 2020 and is already getting work experience in a refugee and asylum seekers' center. This is one of the fields that interests Qaher for a future job. “I was a refugee myself and so I have experience of what it means,” she explains. Her masters in educational science can lead to lots of different consultancy jobs. Another interest might be working as a consultant in kindergartens and nursery schools.

Qaher’s story is one of success. She sees her future in Germany as she has lost all hope that the situation in Afghanistan will improve. “In particular for women,” she adds. Her refugee status means she couldn't go back to Afghanistan even if she wanted to, but she is keen to stay in Germany and values the opportunities she has been offered in Germany. “I always hoped that I would be offered a new start one day, when I was in Afghanistan, and now I have it,” she says shyly. “In Afghanistan, I was ‘only’ a woman, and I always wanted to be accepted as a ‘person’. In Germany, I AM a person, and that is what I always dreamed of.”

Qaher’s refugee status will need to be examined once more in June, but she’s hopeful, with her studies and work, her excellent level of German and more than five years in Germany that soon she might receive permanent leave to remain. Eventually, she would like to apply for German citizenship and contribute to the country which has offered her the chance to be the person she always dreamed of becoming.