'Anyone who thinks they can do better than us is welcome to try,' says director of Moria Camp on Lesbos

The damp containers and tents of Moria Camp on Lesbos feel like a dead-end for many migrants and refugees, who have traveled weeks or months and paid people-smugglers often large sums of money to reach the European Union. Faced with criticism over poor living conditions, the camp’s director tells InfoMigrants he and his team are "doing our best, but we have new arrivals all the time."

Patience is not only a virtue, it’s a necessity for residents of Moria Camp on Lesbos. They spend most of the day lining up for meals, medicine and paperwork. Many have learnt the word for wait in Greek: perimene.

Sometimes the wait leads to tension. When InfoMigrants visited the camp, two Afghan women were hurling insults at each other and needed to be pulled apart to prevent a physical fight. Anger had boiled over as they waited in the rain to see the doctor.

"None of these people here left their countries with the intention of coming and staying in Moria. So, they get frustrated," says the camp’s director, Giannis Balbakakis, an army general who came out of retirement two years ago to run Moria Camp.

"The fact that we have tensions and problems is due to their concern about when they’ll get to leave this place. There are a lot of people living in a very small area." 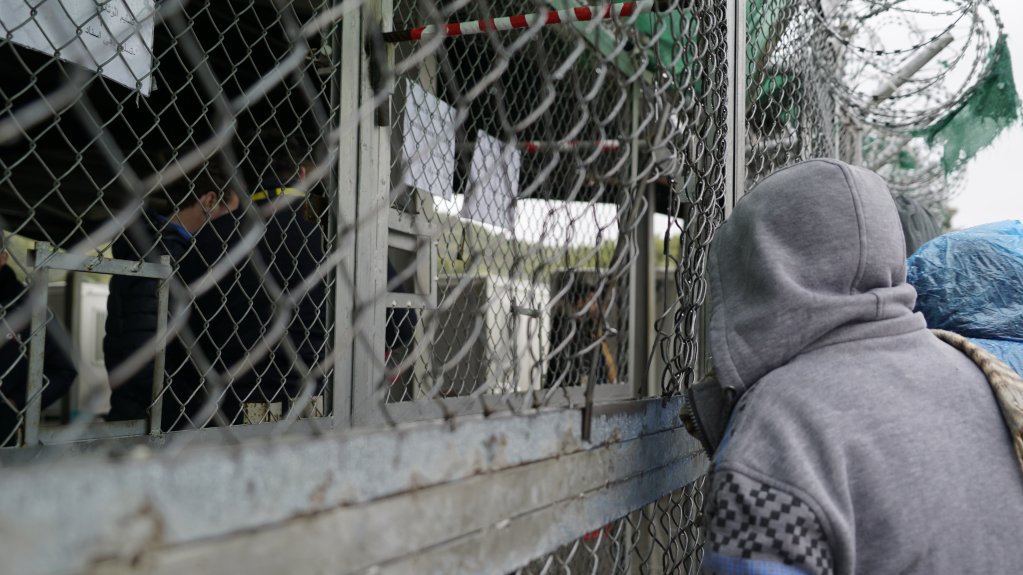 When the camp’s population reached 9,000 in late 2018, the Greek government decided to move residents deemed among the most vulnerable to mainland Greece. That has brought the population down to 5,000, but it is still well above the supposed ‘maximum capacity’ of 3,100.

The reason why so many migrants and refugees are packed into Moria Camp is due to the European Union’s ‘hotspot’ policy. Lesbos has been designated as a so-called ‘hotspot’ where identification and asylum requests are concentrated. So while in 2015 migrants and refugees moved off the island quickly, most now have to stay while their asylum applications are processed. This can take months or more than a year.

The policy is aimed at discouraging illegal crossings from Turkey to the Greek islands. The presence of Frontex, the EU’s Border and Coastguard Agency, has also been boosted. Numbers of crossings did, in fact, plunge from 856,723 in 2015 to 32,497 in 2018.

'I don’t feel safe at night'

Sixty percent of the camp’s residents sleep in shipping containers, forty percent in tents. Unaccompanied minors live in a fenced-in zone designed for their security.

"I feel safe in the day," a 17-year-old Afghan told us. "But at night people drink alcohol and come inside, so I don’t feel safe at night."

Two nights previously, a 15-year-old Afghan got drunk and lit a fire, in a different part of the camp; the fire had to be extinguished by the fire brigade. No one was injured. 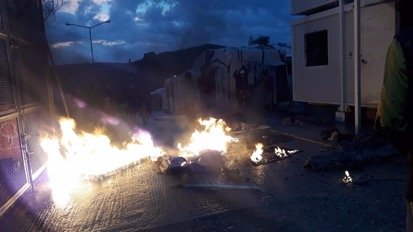 Nevertheless, many don't feel safe. "It’s dangerous." said one resident. "If someone is drinking, he’s no longer himself and you can’t control him. Everyday there was fighting in Afghanistan but it was better than Moria Camp, because I had my family to keep me safe."

An 'unacceptable place' for families

The main section of the camp is split into separate areas for families and single men. An Afghan man was keen to show the inside of the container where he lives with his wife, four children and six other families. It was dark, damp, cold and overcrowded. Regular power cuts mean there is often no light or heating. It is an "unacceptable place", he said, for his children, including a four-month-old baby, to grow up in.

He was desperately worried for the wellbeing of his family, given the cold winter weather in Lesbos and because he does not know how long they will have to wait in Moria while their asylum application is processed. 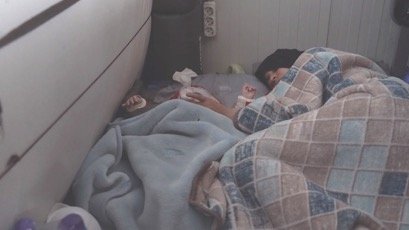 'We are doing our best'

Camp residents, who come from over forty different countries, are all familiar with the phrase "Moria, no good". They repeat it, in English, in unison.

The miserable living conditions are a source of constant criticism by international humanitarian organizations working in Lesbos. The camp’s director says he and his staff should not be the target of criticism about living conditions and that, at their level, "we are doing our best."

"We feel at ease with our consciences, we are doing humanitarian work," he says. "I have people here working for €495 a month who give their souls. Anyone who thinks they can do a job better than us is more than welcome to come and try. We’ll all go back to our homes, and they can do the job instead."

The EU and the Greek government are failing to live up to their responsibilities to ensure the wellbeing of asylum-seekers, according to Médecins Sans Frontières (MSF - Doctors without Borders), which runs two clinics on the island.

"Three years on and the EU Turkey Deal’s policy of containment, combined with harsh living conditions in the reception centers in Greece, continues to severely impact the health of migrants and refugees and inhibit their recovery," says MSF’s Head of Mission in Greece, Tommaso Santo.

MSF is calling on the "Greek authorities and the EU to immediately evacuate the most vulnerable people to safe accommodation on the mainland and other EU member states."