There's a growing movement in Germany of people sheltering rejected asylum seekers who are at risk of being deported. They call it humane and an act of civil disobedience. But some critics warn that 'citizens' asylum' is illegal and may not help anyone in the long run.

Hossein* was in his twenties when he decided to become a Christian. After this was discovered by the authorities in his native Iran, he was arrested and harassed, Hossein says. He managed to escape to Turkey, continued to Italy and finally arrived in Germany, where he ended up in a town in the Barnim district on the Polish border.

When Hossein learned that German authorities were going to send him back to Italy, he panicked. "They put me in jail there and took my savings away from me. There was no way I wanted to go back there," he told dpa. He took an overdose of sleeping pills.

Social worker Anna Claßen says they picked Hossein up from the hospital and took him to a private home where he remains, hidden from German authorities and safe from the threat of deportation.

Claßen belongs to one of a growing number of "citizens' asylum" groups across the country.  There are similar collectives in Berlin, Hanover, Göttingen, Hildesheim, Nürnberg-Fürth, Osnabrück, and Cologne. The refugee advocacy group, Pro Asyl, says there are a lot more initiatives that are never publicized because of fears there will be legal consequences.

Anyone who refuses to comply with a deportation order and hides is liable to prosecution for remaining in the country illegally, warns Karl-Heinz Schröter, Brandenburg's interior minister.

So far, this hasn't happened to anyone sheltered by the Barnim Citizens' Asylum group that took in Hossein, its members say. However, the activist group Solidarity City also warns that asylum seekers could find themselves in pre-deportation detention sooner if they are discovered trying to evade deportation. 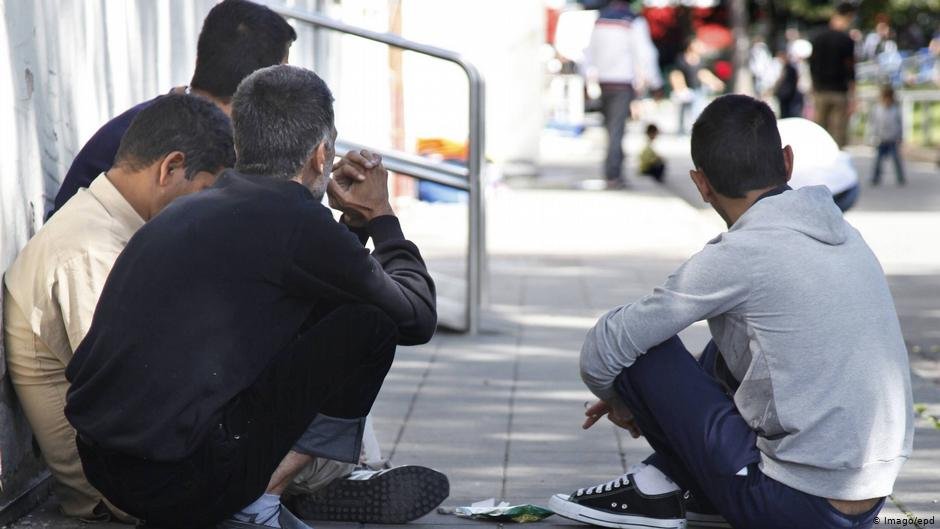 Is it illegal to hide asylum seekers?

According to Minister Schröter, there is no question that those who help asylum seekers to hide are breaking the law. The federal interior ministry also issued the warning this week: "arbitrarily preventing Dublin transfers or returns from being carried out is unacceptable."

Under the Dublin regulation, asylum seekers have to register and remain in the country through which they first entered Europe. If they travel irregularly to another European country, they may be transferred back to the arrival country.

Others have suggested that a person offering protection to the asylum seeker may not be committing any offense. The Constitution guarantees the individual's right to freedom of opinion and expression, a spokesperson for the state government in Lower Saxony points out. As long as they are not violent, citizens can't be prosecuted for exercising their right to prevent deportations, the spokesperson said.

In Bavaria, Pro Asyl, the Refugee Council and local activists regularly try to forewarn people facing imminent deportation. So far they have not been acting illegally, but that could change under a proposed new law to make deportations easier, the "Geordnete Rückkehr Gesetz", or Orderly Returns Act.

Solidarity City says their activities "CAN lead to police proceedings or a court case," and suggest that members should also be prepared to pay a small fine. They add that it is not an offense to offer accommodation to a person who has a valid "Duldung" or "Tolerated Stay" status. If this isn't the case, they suggest people considering offering protection to a deportee should seek advice on the extent of the risk they are taking.

Solidarity City say citizens' asylum is an act of civil disobedience similar to blockading nuclear reactors or stopping Nazi parades. They also see themselves as an extension of the Church asylum system, which is largely tolerated by the German government.

The government disagrees: "(Church asylum) was developed in accordance with the principle of the rule of law," a federal interior ministry spokesperson said.

Pastor Katharina Falkenhagen, whose Frankfurt parish has given protection to many asylum seekers threatened with deportation, doubts that asylum seekers benefit from citizen asylum. "The legal consequences for the supporters are not pleasant – preliminary legal proceedings, financial penalties," Falkenhagen told dpa.

Church asylum is more like a pause button to stop a deportation from going ahead at short notice, according to Bernd Mesovic, spokesperson for Pro Asyl. The church also has a "special moral role," he adds.

Supporters of citizens' asylum say they are also fulfilling a moral obligation in preventing deportations. For Daniel Kurth, the head of the Barnim district authority, this exposes a dilemma: "If we start to use morality as a way of overriding existing law, we will find ourselves in a very difficult situation."

*Hossein is an assumed name