The UN Refugee Agency’s High Commissioner Filippo Grandi (UNHCR) warned, during a meeting with German Chancellor Angela Merkel in Berlin on Monday, that escalating violence in Libya could cause more migration to Europe.

Since the latest wave of violence in Libya erupted, Filippo Grandi from the UNHCR has been talking about how much harder the fighting makes it for agencies like UNHCR to work with migrants who are already in Libya. He called for urgent outside political pressure to bring about a political solution to the conflict.

About a week and a half ago, intense fighting broke out in Libya again between rival regimes in Tripoli and Benghazi. General Khalifa Haftar, whose stronghold is in the eastern coastal city of Benghazi, has been fighting the internationally recognized government troops in the western capital Tripoli. So far the fighting has been halted in the suburbs of Tripoli but observers say Haftar's troops are better armed than the government army.

According to the World Health Organization (WHO), thousands of people have already fled the fighting and others are currently caught in the crossfire. They estimate that 147 people have died and 614 people have been wounded.

‘Challenges of migration continue to be gigantic’

On Monday, German Chancellor, Angela Merkel spoke again about her fears for the worsening humanitarian situation and its effects on human rights both in Libya and in Sudan. At the same time, she called for an “improved approach to the factors that force people to migrate.” According to the news agency Associated Press (AP) Merkel said that the “challenges [of migration] continue to be gigantic.” 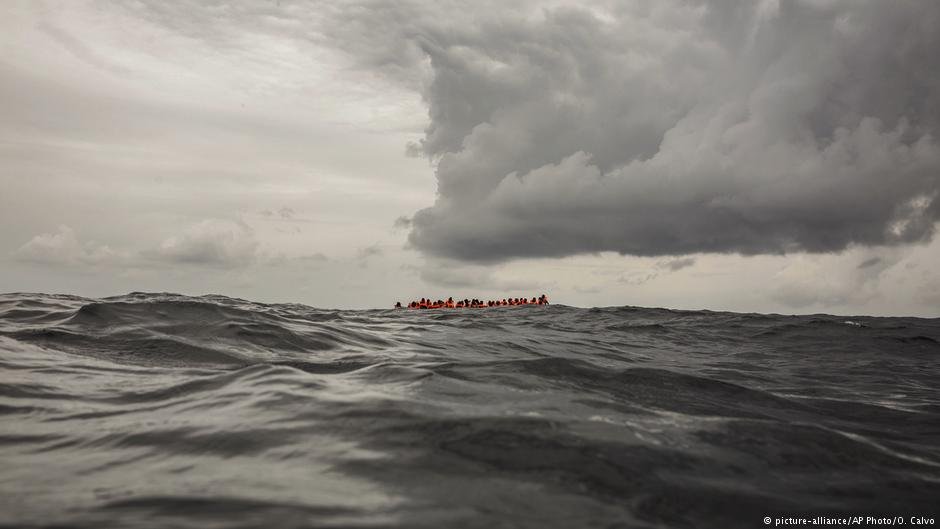 As the two leaders met, Grandi thanked Merkel and Germany for its support of migrants in Libya and elsewhere. Before the meeting, Merkel had telephoned with Egyptian President Abdel-Fattah el-Sissi and talked about the effects of political instability in Libya. General Khalifa Haftar met with el-Sissi on Sunday in Cairo, according to Egyptian state media. Egypt is said to be one of Haftar's backers. According to the German Press Agency EPD, Merkel is calling for the situation in Libya to be brought under UN control again and for talks between the warring factions to begin.

The current Libyan Prime Minister Fayez al-Sarraj has also said that there needs to be a political, rather than a military, solution to the crisis.

'A matter of life or death'

In the last few months, the UNHCR has gained limited access to some camps in Libya and has also been working with neighboring Niger to get the most vulnerable people to safety in Niger in the hope of eventual resettlement places becoming available. Grandi said he was “very worried” about the situation in Libya. Reports of widespread rape, sexual violence and exploitation are commonplace from migrants who have been through the camps in Libya which are controlled by rival factions and militias. 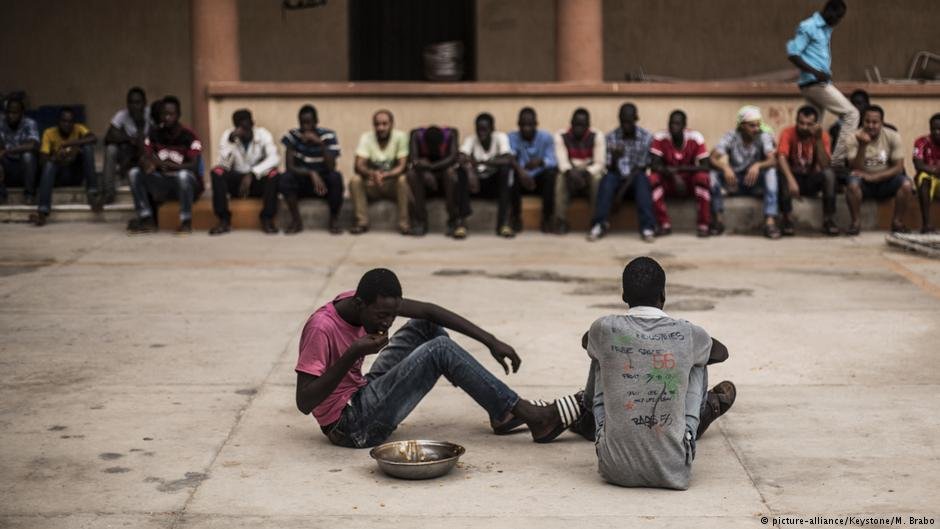 On Monday, Grandi tweeted that he was “grateful to hear [...] that Germany will continue to be UNHCR’s strong supporter in addressing refugee situations worldwide." He called the relationship "a key partnership in troubled times.”

Just a few days earlier, on April 12, the UNHCR launched “an urgent appeal for the release and evacuation of detained refugees caught in Libyan crossfire.” The agency estimates that in just under two weeks more than 9,500 people have been forced to flee their homes. “More than 1,500 refugees and migrants are believed to be trapped in detention centers where hostilities are raging.” Grandi pointed out these people were “in the most vulnerable and dangerous of circumstances. They have fled conflict or persecution in their own countries, only to be trapped as conflict engulfs them again.” He added, “the risks to their lives are growing by the hour. They must be urgently brought to safety. Simply put, this is a matter of life or death.”

The UNHCR has noted at least three detention centers (Ain Zara, Qasr Bin Ghasheer and Abu Sleim) close to the fighting south of Tripoli. The refugee agency has been trying to evacuate the most vulnerable refugees in these centers and take them to safer locations. One such location is the UNHCR “Gathering and Departure Facility” (GDF) in the center of Tripoli. 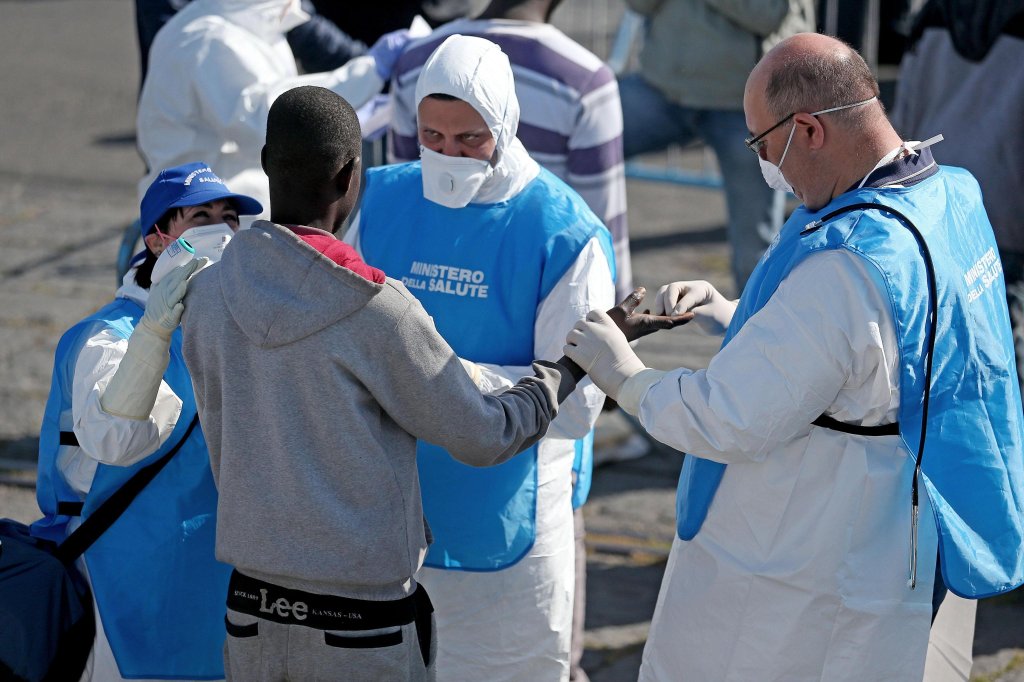 In fact, the UNHCR attempted to transfer all 728 refugees and migrants detained in the Qasr Bin Ghasheer facility to the Zintan detention center which is further away from the fighting. Zintan has an onsite clinic run by UNHCR’s medical partner IMC (International Medical Corps). The UNHCR admits the facility is far from perfect but would have been safer for migrants than their current location. However, refugees and migrants in Qasr Bin Ghasheer apparently refused the transfer and asked instead to be evacuated out of Libya. The UNHCR confirmed that “currently evacuation possibilities from Libya are extremely limited.” They called once more on the international community to install humanitarian corridors “to evacuate the most vulnerable.”

A 'cancer' spreading through the Mediterranean

The Libyan Prime Minister on Monday warned that hundreds of thousands would be pushed to flee fighting and that Khalifa Haftar’s attack on Tripoli “will spread its cancer through the Mediterranean.” The Italian secret services have also been warning that Europe will be facing increased arrivals if the fighting doesn’t stop. 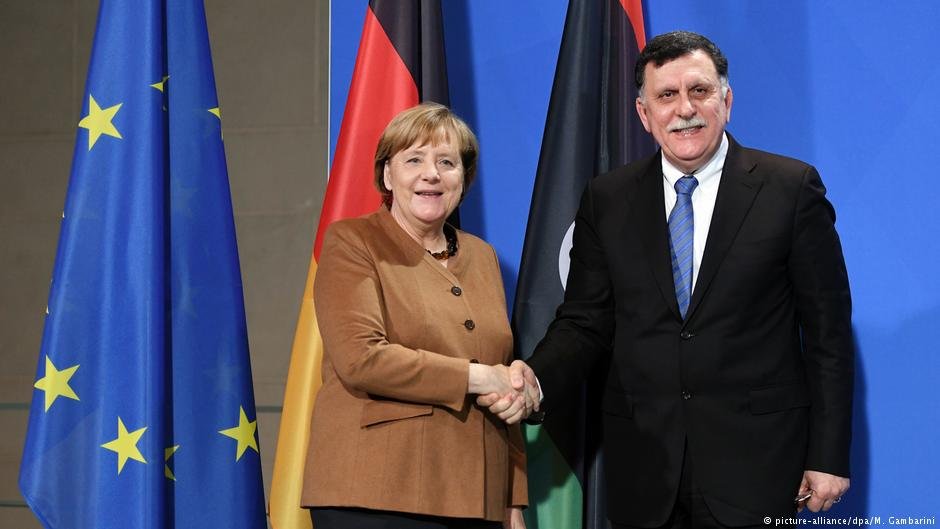 Al-Sarraj confirmed this in an interview with the Italian daily newspaper Corriere della Sera. He said that instability in Libya would be “a disaster” for Europe. He claimed there are “more than 800,000 people (African migrants and Libyan citizens) either in centers or scarred by war who could try and reach Italy if attacks from Haftar continue. He said the more instable Libya becomes, the more Europe “should prepare itself to suffer the consequences of a wave of desperate arrivals.” He underlined that there would be, among these people, criminals and potential Jihadists who would be ready to attack in Europe. He claimed that although IS seems to have been mostly defeated, there are still lots of dormant cells which “would feed off the chaos and would grow.”

The situation is further complicated by different approaches to solving the fighting from leaders within the EU. Articles in Italy and on Thomson Reuters have recently highlighted that opinion towards the conflict in Libya is just as divided in Europe as it is within Libya itself. With Italy supporting the UN-recognized Tripoli government and France tending towards support for General Haftar, finding a political solution to the conflict could still be some way off.