On Wednesday April 17, the German Cabinet decided on a raft of new measures for a draft law which will be put before the German Parliament. German Interior Minister Horst Seehofer has been hoping to strengthen current measures in order to limit and better control asylum law in the country.

The German government, like many other EU countries ahead of the EU elections in May, has been busily debating its migration policy. The governing coalition between the conservative sister parties CDU/CSU and the Social Democrats SPD has provided plenty of differences of opinion over how best to handle asylum seekers and those who have had their asylum applications rejected.

Currently, as the German press agency DPA reported, Germany faces a huge gap between the number of people the government has deemed deportable and the numbers of those actually deported. According to DPA at the end of February 2019, there were 240,000 people in Germany who had had their asylum application refused and should therefore leave the country. Of that number around 184,000 of them were un-deportable for various reasons and received a temporary leave to remain or “Duldung.” In 2018 only 23,600 people were actually deported. The number of failed deportations in the same year was far greater at 31,00 people.

The most common reason for a failed deportation is the lack of possession of a valid travel document. Sometimes, migrants themselves don’t look after the documents with which they have been issued, or they are found to have given false information, thus making their document invalid. Other times, a deportation can fail because the country of origin will refuse to accept the person slated for deportation. At other times, a future-deportee might disappear before they can be deported or might be ill on the day of deportation. Again, according to DPA, in 2018 there were 7,849 last minute stops to deportations for one of these reasons on the day of the deportation itself. 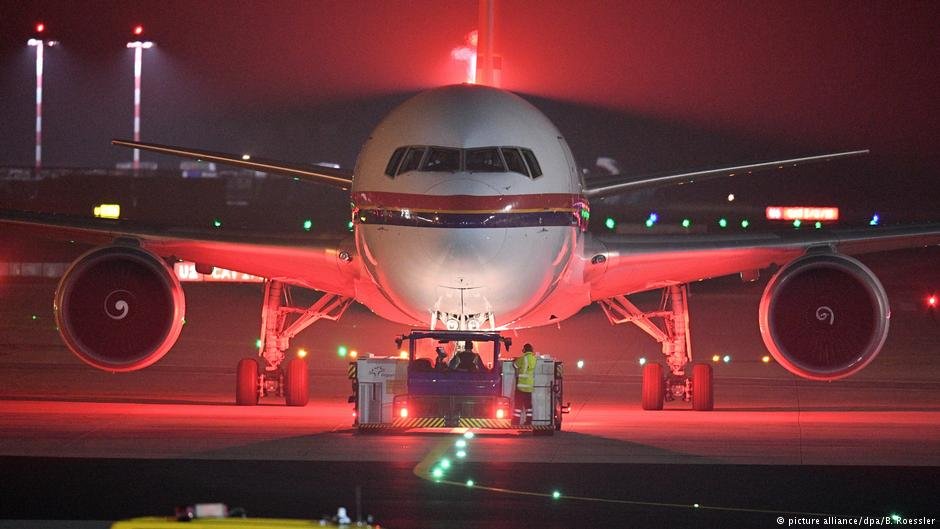 In order to combat the ‘loss’ of documents, the draft law proposes giving those with “unclear identities” a different kind of temporary residence permit which would stop them taking advantage of the chances other people with a residence permit have. For instance, people with a residence permit have the chance to work or attend language and integration courses. Many nationalities, in particular those from Ghana and Nigeria who, according to the government, most often lack any kind of travel document, will have to go their embassies in the future to obtain valid travel documents. When they refuse to do this, they could be fined or be banned from working, or forced to stay in one area until their deportation.

According to the new draft law, it would also be easier to detain potential deportees prior to their deportation. At the moment in Germany, there are only 490 deportation places. Interior Minister Horst Seehofer aims to use spaces in German prisons for those asked to leave Germany. The deportees would be separated from convicted criminals, says the government, but nevertheless detained. The plan is to be able to bring them from the detention centers to their embassies to prepare their documents for deportation. 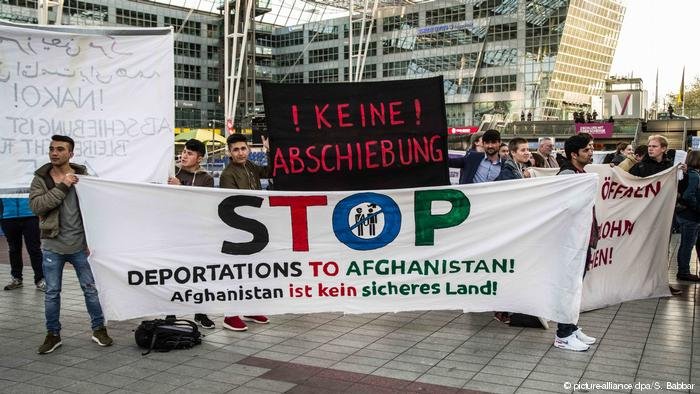 The government also wants to encourage integration. Every migrant who has filed for residency will be offered after nine months an integration course or job-oriented language course. Until now, these types of courses were only open to those who had a good chance of staying in Germany. A ‘good chance of staying’ is for those migrants who come from countries of origin with a 50 percent chance or more of obtaining asylum in Germany, namely Syria, Eritrea, Somalia, Iran and Iraq. Job-oriented language courses will also be offered to those with temporary leave to remain who are staying in the so-called Anchor centers for asylum seekers ("Anker-Zentren") and are waiting for a decision on their asylum status.

In the future, the possibility of further training for jobs will also be open to foreigners in Germany, including people from other EU countries, something that was often limited in the past. 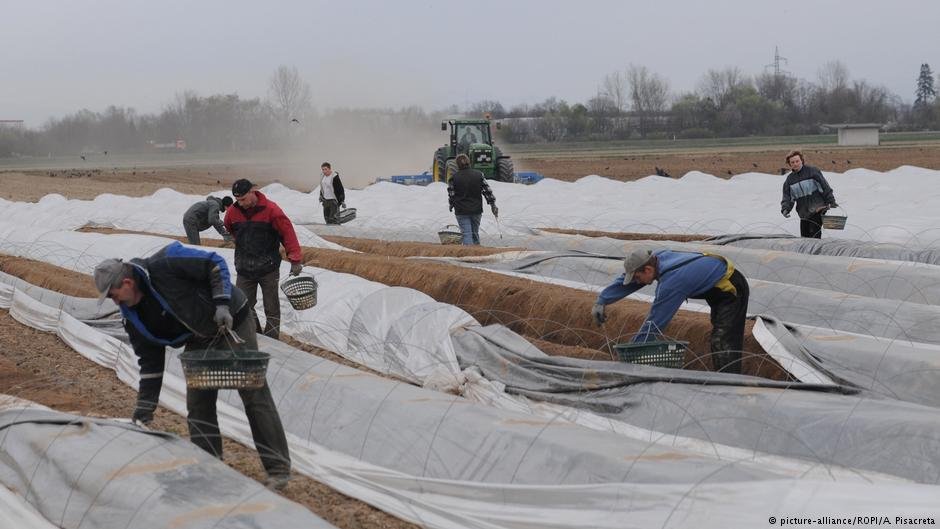 The German government is also hoping to take some of the pressure of its own administrators in the new draft law. Until now, the Federal Office for Migration and Refugees (BAMF) was expected to review decisions on refugee status every three years. This has put a huge amount of pressure on officers who from 2018 were expected to start reviewing the cases of more than 1 million people who arrived from 2015 onwards. The new law has called for reviews to be carried out after five years, giving the civil servants a couple more years to work through their case loads.

The amount of living costs within the benefits package that asylum seekers can expect to receive from the state could also be raised, in line with the rising cost of living. However, one Conservative, Alexander Mitsch from the CDU, told DPA that this kind of proposal was “socialist dreaming.”

Once the government introduces its new draft to the German Parliament, the two houses of parliament will have about six weeks each to debate and add comments to the bill which will then be put back to the government before finally being passed or rejected with modifications and voted into law.

This article was first published on April 17, 2019