The International Committee of the Red Cross (ICRC) has set up call centers along popular migrant routes in West Africa, allowing migrants to phone home to their families for free. The two-minute calls help the migrants keep in touch with family members who can often go months on end without any news from their loved ones.

The ICRC has installed the phone centers in several West African cities that serve as transit points along the most popular migrant routes, with the bulk of them being located in Niger.

The ICRC told InfoMigrants that the service, which comes in the form of mobile phone stands, is part of the agency’s program to restore family ties and that it was set up to help migrants keep in touch with their families who can otherwise often goes months on end "without any news."

The length of the phone calls are limited, however. "After two minutes, the call is automatically cut off, or depending on how a specific stand works, one of the local Red Cross volunteers will ask the person to end the call," a spokesperson said.

The first mobile phone stands were set up in Niger in 2011. Niger, which is a popular transit country for many migrants, now boasts two call centers at its bus stations in Agadez, two in the city of Arlit and one in Dirkou.

In 2017, the ICRC also installed a stand in Séguédine, north of Dirkou, to serve migrants taking the Libyan route in their quests to reach Europe. A stand is also due to open in the Nigerian city of Assamaka, near the Algerian border. 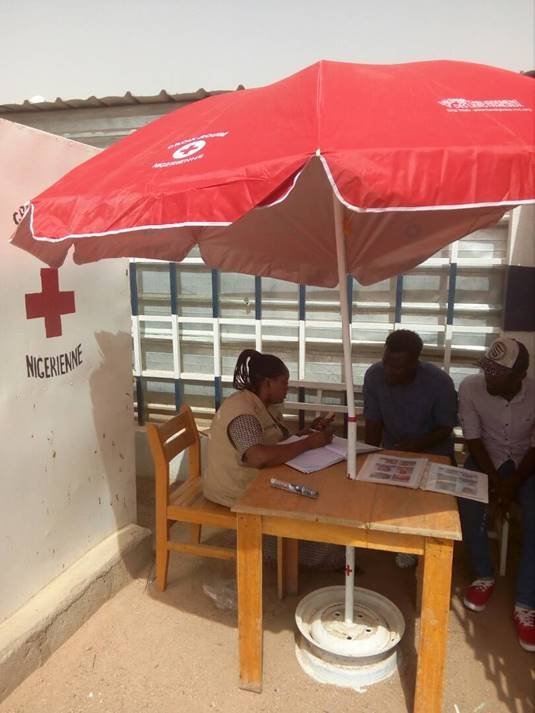 Last year, the ICRC extended the service to also cover cities in other countries, including Bobodioulasso and Tenkodongo in Burkina Faso, and Ouangolodougou and Daloa in Ivory Coast. The most recent additions include Bamako in Mali, Oujda and Nador in Morocco, and Médenine in Tunisia.

Since the start of this year, 1,235 phone calls have been made from mobile phone stands in Niger, and more than 3,500 were recorded between January and June of last year.

In Burkina Faso and Ivory Coast, more than 1,500 people used the service between September 2018 and February 2019.

But the phone stands are not just about offering the migrants free phone calls: The ICRC volunteers operating the stands make sure to also inform users of the importance of keeping in touch with their families and the dangers linked to sea- or desert-crossings. "We help make the migrants aware of the importance of remembering at least two or three phone numbers while they’re on the road," the NGO Razak Aliou, which collaborates with the Nigerian arm of the Red Cross, explains on its website. 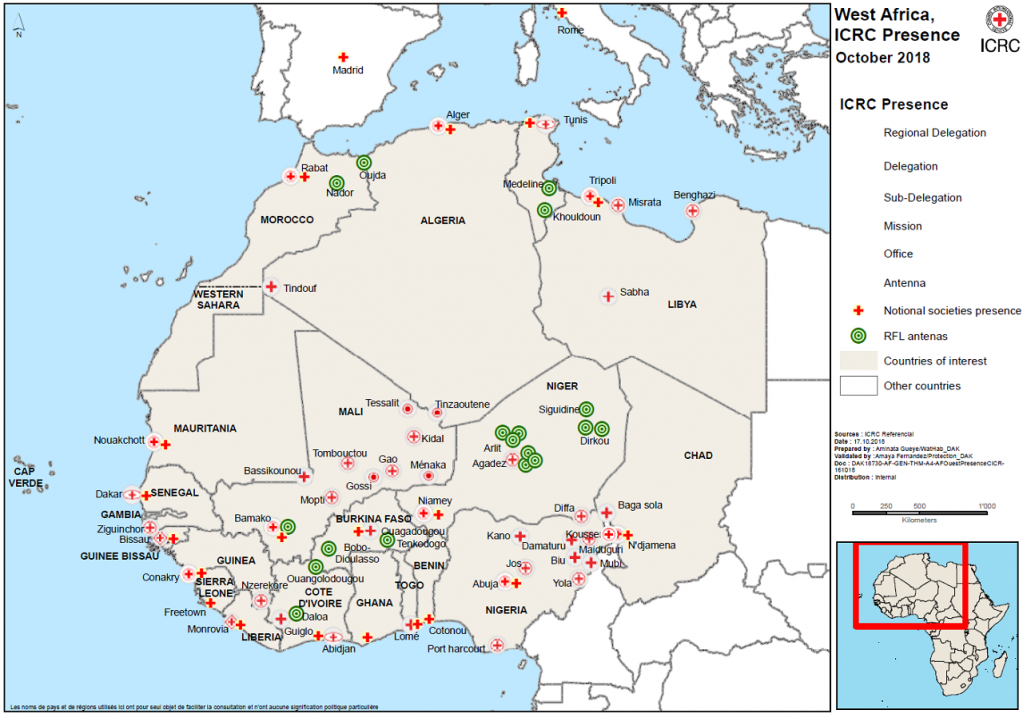