‘At the crossroads of two worlds:’ The children of migrant parents in Italy

The latest figures from Italy’s office of national statistics, ISTAT, highlight that around 10 percent of people under 18 in Italy were born to migrant parents. Some arrived in Italy as children but the vast majority of them were born on Italian soil. A new study looks at the opportunities and challenges of these children.

“When I was younger, I’m talking about the 1990s, I was one of the first blacks in the local area [in Rome]. I still remember they used to call me ‘The Black One’”, explains Amin Nour, actor and director of an Italian short film entitled “Indovina chi ti porto per cena” (Guess who I brought for dinner).

In an interview for his film Nour explains, with a broad Roman accent, that he arrived in Italy at the age of four from Somalia. He says that he feels like a double foreigner because he would be considered a foreigner in Somalia if he “went back there” and is often treated like a foreigner in Italy because of his color. He laughs about confounding the expectations of casual racists, recounting the recent story of being told to “go back to your own country,” by a Roman man on a train. He answered “I’m sorry, what did you say?” and the man’s “hair stood on end, as he said, ‘oh, you’re from Rome’ and apologized. Later, after chatting about Rome, the man wanted to pay him a compliment and said: “You know, you speak very good Italian,” Nour laughs it off, answering, “So do you!” But having to constantly confront other people’s expectations and navigate between two worlds is an experience he knows well.

Noor describes his identity as something which can’t be labeled. “I am of European culture, Italian, then well, I’m black. I’m African. Then, I could be described as ‘of Somali origin.’ My identity is always growing, it is a river; you can’t channel it or contain it,” he concludes.

His short film tries to play with those stereotypes and expectations for children like him who have grown up or were born in Italy. And that is exactly what a new study from the Guarantor for childhood and adolescence in Italy (Autoritá garante per l’infanzia e l’adolescenza – AGIA) has been grappling with too.

For many years, Italy had a relatively homogenous ethnic population. Over the last twenty years though, the Italian national statistics institute (ISTAT) has registered a year on year increase in the number of children born to migrant parents, even if, since 2017 that trend has been slowing. Figures from January 1, 2018, show that 1,041,177 out of 9,806,357 of children under 18 were born to migrant parents - that's around 10 percent. Most of these children were born on Italian soil, almost seven out of ten.

Across Italy as a whole, almost 15 percent of births are to immigrant parents. In the north, this figure climbs as high as 20 percent and in the south and on the islands it drops to around five percent, although cities like Palermo in Sicily are an exception to this rule. The AGIA set out to ask how children of migrant parents are living and how they are growing up, if they were being offered the respect they deserve for their different cultural and sometimes religious backgrounds and whether they were being given the same opportunities to grow, study, play, work and socialize as their Italian counterparts.

These children are at the “crossroads of two worlds,” writes Filomena Albano, the Guarantor at AGIA. They still face many challenges, and Italian society has yet to come to terms with the new reality. AGIA wants these children to be seen as the resource that they are, but also to be understood in terms of the challenges they sometimes face. If understood more thoroughly, the children could contribute and be guaranteed better participation in Italy’s future. For that reason, AGIA projected Nour's film when presenting their new study in Rome as one example of the variety of experiences and cultures which make up today’s Italy.

In fact, Italy’s present and future are looking more and more diverse. There are at least 135 different ethnicities from Balcanic, to Nigerian, to Senegalese, to Pakistani, Indian and Chinese now bringing up their children in Italy. To lump them all under the title “migrants” is to ignore the multi-layered context in which we now live. Each city and region in Italy is also different. In Genova for instance, the largest migrant group is made up of those from Ecuador, around 25,000 people in total. In Tuscany, the ‘migrant’ population is largely Chinese. In Sicily, the families tend to come from sub-Saharan Africa or countries bordering the Mediterranean. How are the children growing up?

The rate at which children complete secondary education varies depending on when they came to Italy. The highest proportion, around 30,4 percent, of those completing secondary education, are foreign children who were born on Italian soil. Of those who arrived before they were six years old, like Nour, that number drops to 23,5 percent and to 19,9 percent for those who arrived after they had already turned 11.

The report looked into how the children of migrant parents are being treated in Italy and in particular at the challenges facing females in that population, which make up just under half of the total. They noted that females in particular can find it difficult to balance the contrasts between cultural beliefs within their families and the Italian context. According to the report, young women often experience conflict between their friendships and relationships outside the family and the expectations of their families. Often they will be economically poorer than their Italian counterparts and this can also present problems when trying to fit in and “follow fashion” or join friends in social situations. This can often lead to their marginalization, AGIA found. Even trying to pursue their educational hopes and dreams can be difficult for many of these young women. Although there are no actual restrictions on what they can study in Italy, their families or ethnic communities may think otherwise, providing another source of conflict and difficulty for integration. Part of AGIA’s mission is to implement and uphold the UN Convention on the rights of the child and to make sure they are being applied across the board. A list of recommendations is provided for institutions and educators who come into contact with these children and their families in various ways. AGIA asked for personnel in schools to be trained properly to respect cultural specificity and encourage integration through special projects and open spaces.

Another recommendation pushes for more teaching of the Italian language and the Italian culture so that children of migrant parents feel at home in the land in which, many of them, were born. They also want more emphasis placed on the skills that many of these children bring with them, for example, multilingualism, and access to several cultures.

Sex education has been another problem for some children of migrant parents. AGIA want educators to know more about the cultural practices and beliefs of other cultures so that they can start debates and get young people talking about, and feeling comfortable with, the different challenges that await them.

On the political level, training should be offered by the Ministry of the Interior, headed by Matteo Salvini, and the Ministry of Health to its employees to better deal and respond to this new ‘migrant-origin generation', AGIA argues. Regions and municipalities too are asked to offer more psychological support for the new generation and their families. More information needs to be available in several languages and better access to social and health services also needs to be facilitated countrywide. Furthermore, AIGA calls for improved information access about the educational system and opportunities on offer. 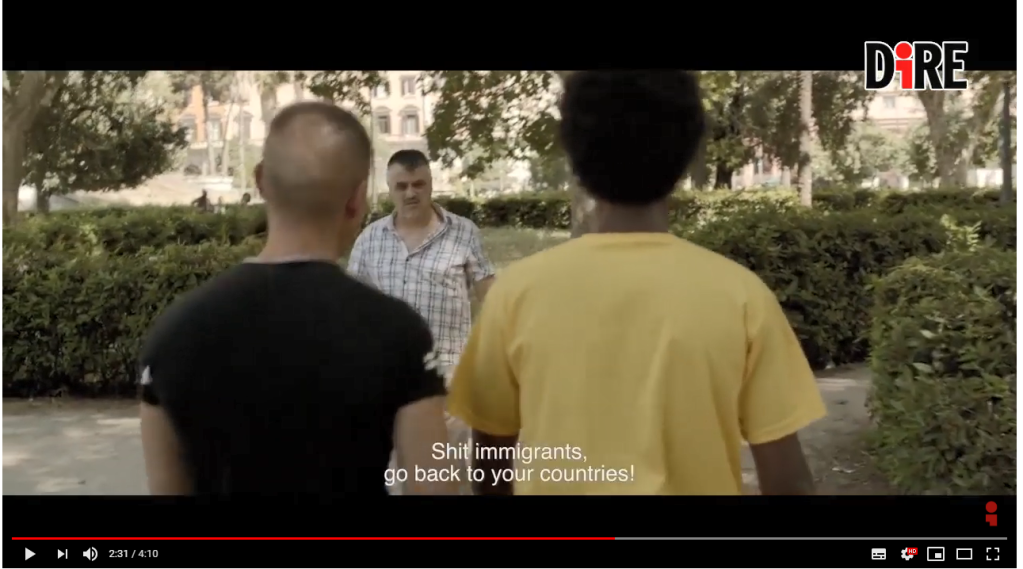 The developments are “destined to change the face of Italy in the 21st century," ISTAT noted.  More and more children born in Italy to immigrant parents are choosing to take Italian citizenship on turning 18. The hope at institutions like AGIA is that more and more children of migrants will become contributing members of a new Italy in the future. Like Nour, they will happily navigate their diverse identities and help the nation as a whole to reflect on who, and what, they want to be going forward.