More than half of Germans view asylum-seekers in a negative light, a new study shows. Prejudice against the newcomers has grown even as fewer migrants come to Germany.

Right-wing populist attitudes have become "normal" in Germany's mainstream, said authors of a new study presented by the left-wing Friedrich Ebert Foundation in Berlin on Thursday.

"The center is losing its footing and its democratic orientation," researchers said.

The foundation has released reports on right-wing extremism since 2002. The latest study, conducted by a group of researchers from Bielefeld University, shows that a record 54.1% of the respondents across Germany now hold a negative view of asylum-seekers.

Trouble in the east

The numbers are higher now than they were ahead of the refugee crisis in 2014, when 44% of Germans expressed concerns about the group. In 2016, after the peak of the migration wave, the survey showed 49.5% of people were negative about asylum-seekers.

According to the study presented on Thursday, these attitudes are more common in former East Germany, now home to less than a quarter of the country's population, where 63% were found to harbor such attitudes, while 51% did so in western Germany. The survey also shows that the level of prejudice has grown even as fewer people applied for asylum in Germany. 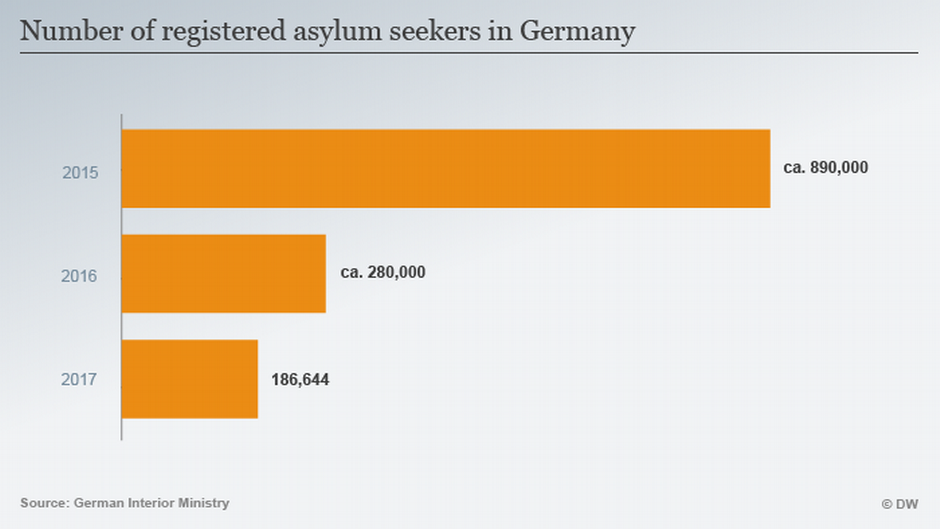 The survey included 1,890 participants across Germany who had responded to interviewers' questions by telephone between September 2018 and February 2019.

At the same time, many of them hold illiberal ideas about democracy and animosity towards asylum-seekers.

"A part of the population does not live up to their own values," Berghan said.

Nearly one in every five Germans (19%) has a negative outlook on foreigners in general. The same percentage is critical towards Muslims, and even more (26%) view Sinti and Roma groups in a negative light.

At the same time, Germans are now more inclined to accept LGBT people and the homeless than before. They are also more likely to reject sexism.

Half of all Germans admit to being led by their own feelings more than by experts' views. Also, almost one-quarter of the survey participants believe that the media is in cahoots with German politicians.

Calls for law to support democracy

Following the release of the survey, German Family Minister Franziska Giffey renewed her call for a law to strengthen projects that promote democracy.

"The consistently high acceptance of inhumane and anti-democratic attitudes is worrying," Giffey said.

She explained that a new law is needed "so that the promotion of democracy and the strengthening of civil society doesn't only flow from project to project."