Pope calls for humanitarian corridors for those in Libyan detention centers

Pope Francis has called for the installation of humanitarian corridors for refugees and migrants trapped in Libyan detention centers during his traditional post-Easter prayer Regina Coeli in Rome. While international organizations try to evacuate migrants from the affected areas in Tripoli, there are reports of migrants being forced to participate in the fighting.

During the prayer on Sunday, Pope Francis expressed his concern for all the refugees and migrants who are trapped in detention centers in Libya due to the ongoing conflict between the UN recognized government and forces under the control of General Haftar, a former general in the deposed leader Gadhafi’s army and the strongman of the eastern city of Benghazi.

The Pope asked the international community to help evacuate those trapped, “especially the women, the children and the sick, as soon as possible through the safety of humanitarian corridors,” according to the Vatican news service.

Italy started taking in refugees from Libya via humanitarian corridors in February 2016. Until February 2018, around 1,300 highly vulnerable refugees had been transferred to Italy on corridor flights. The programme is based on a Memorandum of Understanding initiated by an ecumenical church initiative. 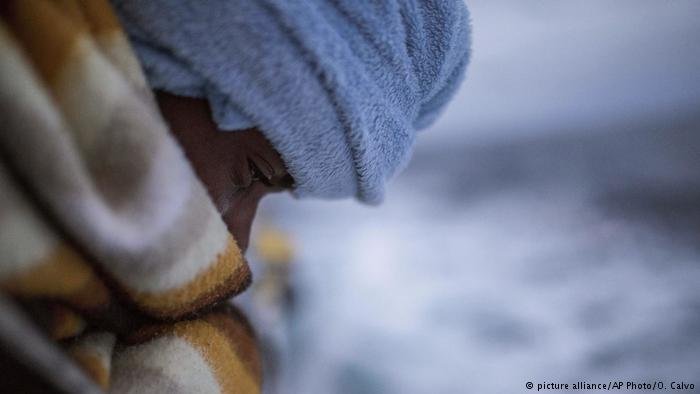 The humanitarian situation in and around Tripoli has deteriorated sharply over the past three weeks, according to the International Committee of the Red Cross (ICRC) Libya. The "densely populated residential areas are gradually turning into battlefields,” the ICRC said.

The World Health Organization estimates that the fighting has killed at least 278 and injured 1332 people for far. The UN has reported that about 3,000 refugees and migrants are still trapped in detention centers in Tripoli.

In early April, the EU pledged six million euros in humanitarian aid for Libya as a whole but so far, no direct corridors have been opened up. On Monday, the Italian Interior Ministry announced that it would be airlifting 147 asylum seekers from Libya to Italy.

A British drafted UN Security Council resolution has called for the creation of a humanitarian corridor from the battle zones near Tripoli. According to AFP, Russia, the USA and several African states are refusing to support the British approach. 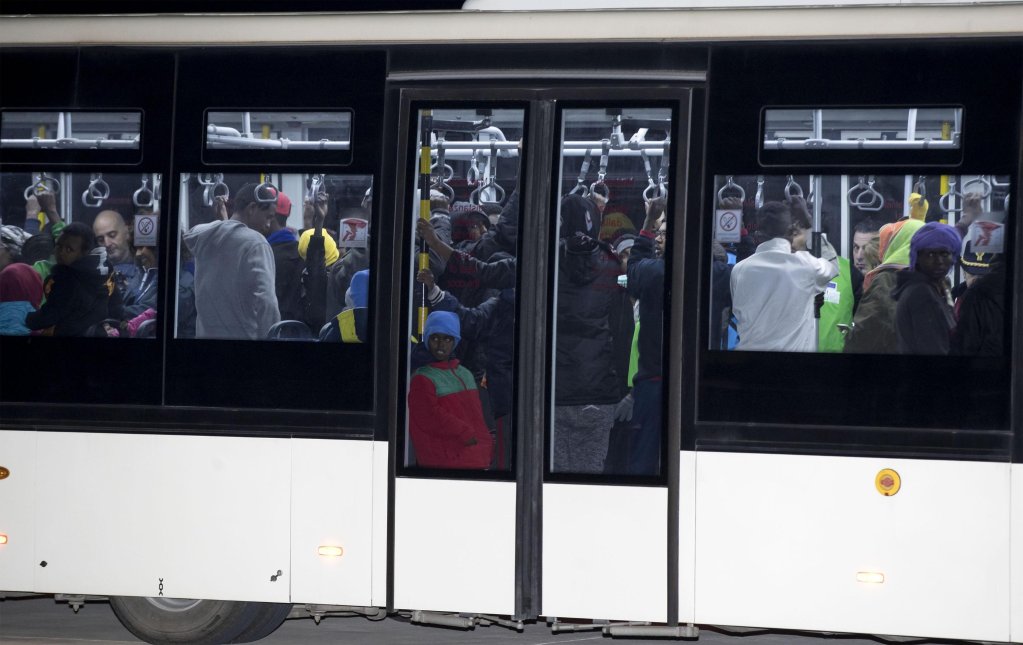 The UNHCR has evacuated migrants and refugees trapped in centers affected by the clashings and transferred them within Tripoli. The UN Migration Agency, IOM (International Organization for Migration) was able to continue its charter flights to return migrants to their country of origin despite the fighting. According to IOM news, the latest charter flight took off from Tripoli’s Mitiga airport on Wednesday night with 153 migrants aboard bound for Bamako, Mali, Senegal, Guinea Conakry and The Gambia.

One of those on board, ‘Mary’ who was bound for The Gambia told IOM: “I can’t put what I have endured here in words. I lost one of my children and my husband in a detention center. They were both ill and help did not reach them on time. My three sons are the only family I have left now, and I’m taking them home.”

On arrival in their home countries, the migrants were given food and non-food items, medical screenings and reception assistance in order to help them reach their final destinations. “Over the coming weeks, we will be working in close coordination with the government and local partners to facilitate the safe and dignified return of these migrants to their communities, and to ensure their economic and psychosocial reintegration,” said Fumiko Nagano, IOM Chief of Mission in The Gambia.

According to the IOM Libya team, in 2019 the organization has run seven charters so far this year, transporting a total of 3,631 migrants back home. More migrants, flying to Algeria, Bangladesh and Sierra Leone were also offered safe passage on regular commercial flights. 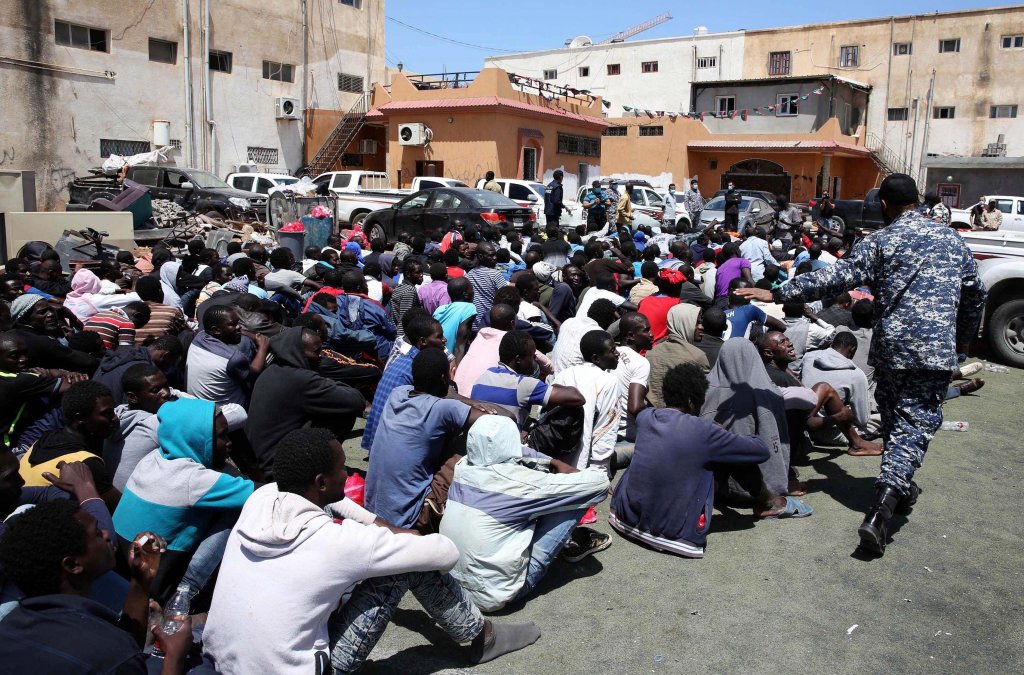 Meanwhile, reports in the British newspaper The Telegraph and the Irish Times have written of “scores of migrants ..reportedly [being] taken from detention centers, and forced to assist militants aligned with the UN-backed Tripoli government.

The freelance journalist Sally Hayden, who focuses on migration and humanitarian issues, has written many of these reports and has been tweeting messages from her contacts in various detention centers with more and more worrying content.

She acknowledges the international actions to move people from the worst affected detention centers, but said “hundreds have been left behind.” Now some are being forced to participate in the fighting, Hayden wrote: “Since Haftar’s advance began on April 4, migrants and refugees in three detention centers told the Guardian they were taken out of locked halls and ordered to carry and move weapons, with some transferred to military bases around the city. In a fourth center, detainees said people had been taken away by fighters, but they don’t know what’s happened to them.”

In a message she received from one migrant using a hidden phone, she said that detainees were being “forced by police and soldiers to do cleaning work and load weapons. They [tell] migrants that if you know how to shoot a gun we will make you stay with us.” 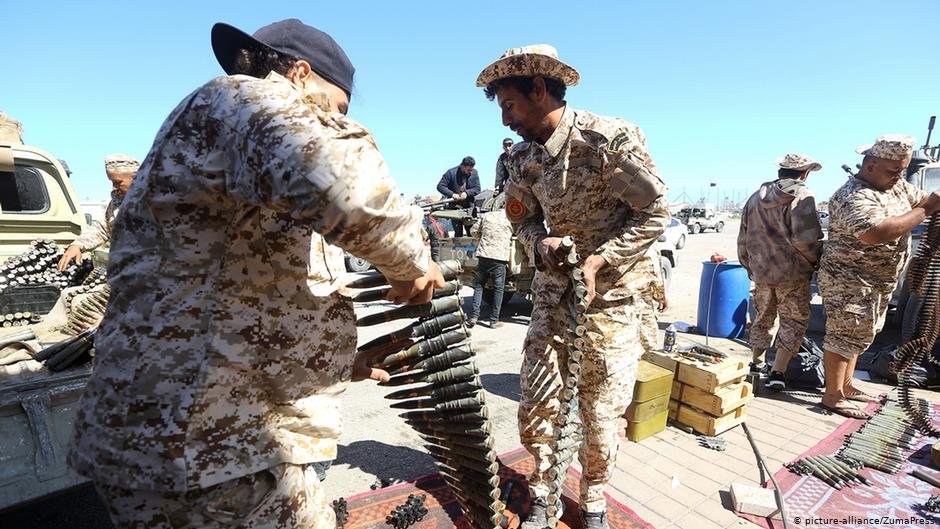