Migration is the theme of a new mini-series, co-produced by French and German media. Under the title “Eden”, five different human stories across six episodes are woven together in an attempt to portray the extent that the current migration context has touched everyone’s lives in Europe.

Greece, Germany, France, Belgium and Lebanon: These are just five of the locations where five stories in the new mini-series "Eden" play out. Behind these four countries, there are many more. Nigeria, Syria, Switzerland, England, Afghanistan, Bangladesh, Pakistan, Iran, all clamoring, like the asylum seekers in the camp in Athens, to make their voices heard.

"Eden" begins at a beach on the Greek island of Chios. A German family on holiday, mother, father and son, eat ice creams on the sand. Other tourists play quietly in the water. The camera tracks slightly further out to sea, and approaching the beach is an overloaded dinghy, full of people from several different corners of the globe, dressed in jeans, t-shirts and red lifejackets. As soon as their boat cuts past the holiday-makers, and nears the beach, they jump into the water, wading waist-deep until they reach the shore, and can run, discarding their lifejackets on the way. 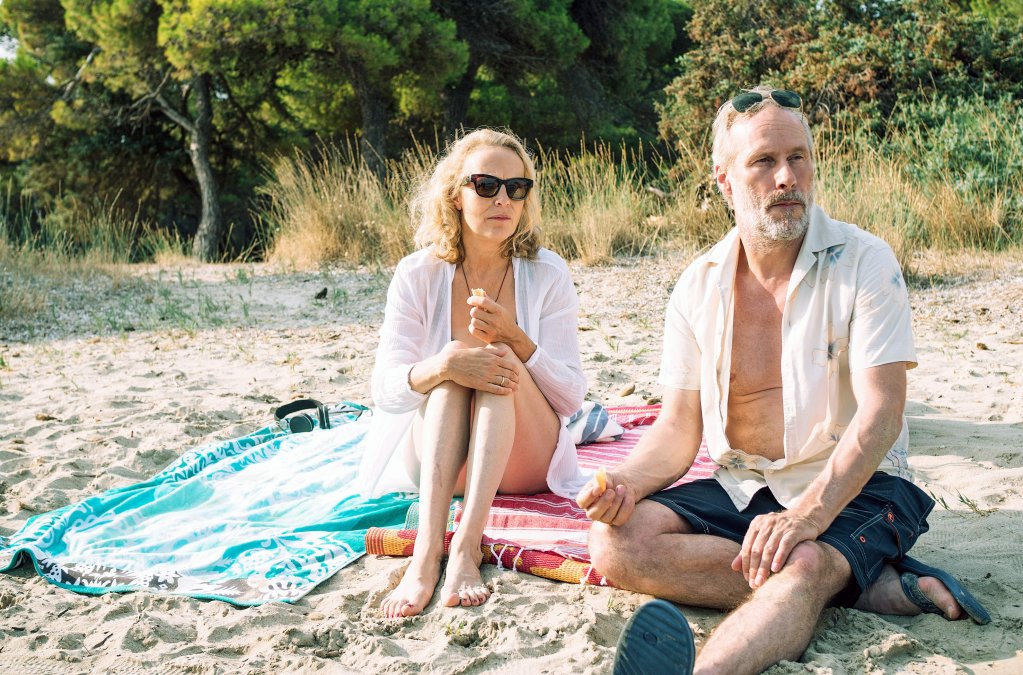 The tourists seem at first largely indifferent, shocked, or scared, but, perhaps reflecting the early enthusiasm for Angela Merkel’s refugee policy in 2015, the German parents, on returning home, decide to welcome a young Syrian named Bassam into their home. This annoys their teenage son, Florian, who sulks in his bedroom and is rude to the new arrival.

"There is complexity in all our characters," says Felix von Boehm, (Lupa Film) one of the producers of the series. Before beginning work on "Eden", he made a documentary about migrants at Berlin’s Tempelhof airport; “so I had the opportunity to gather lots of stories on migration,” he explains to InfoMigrants. 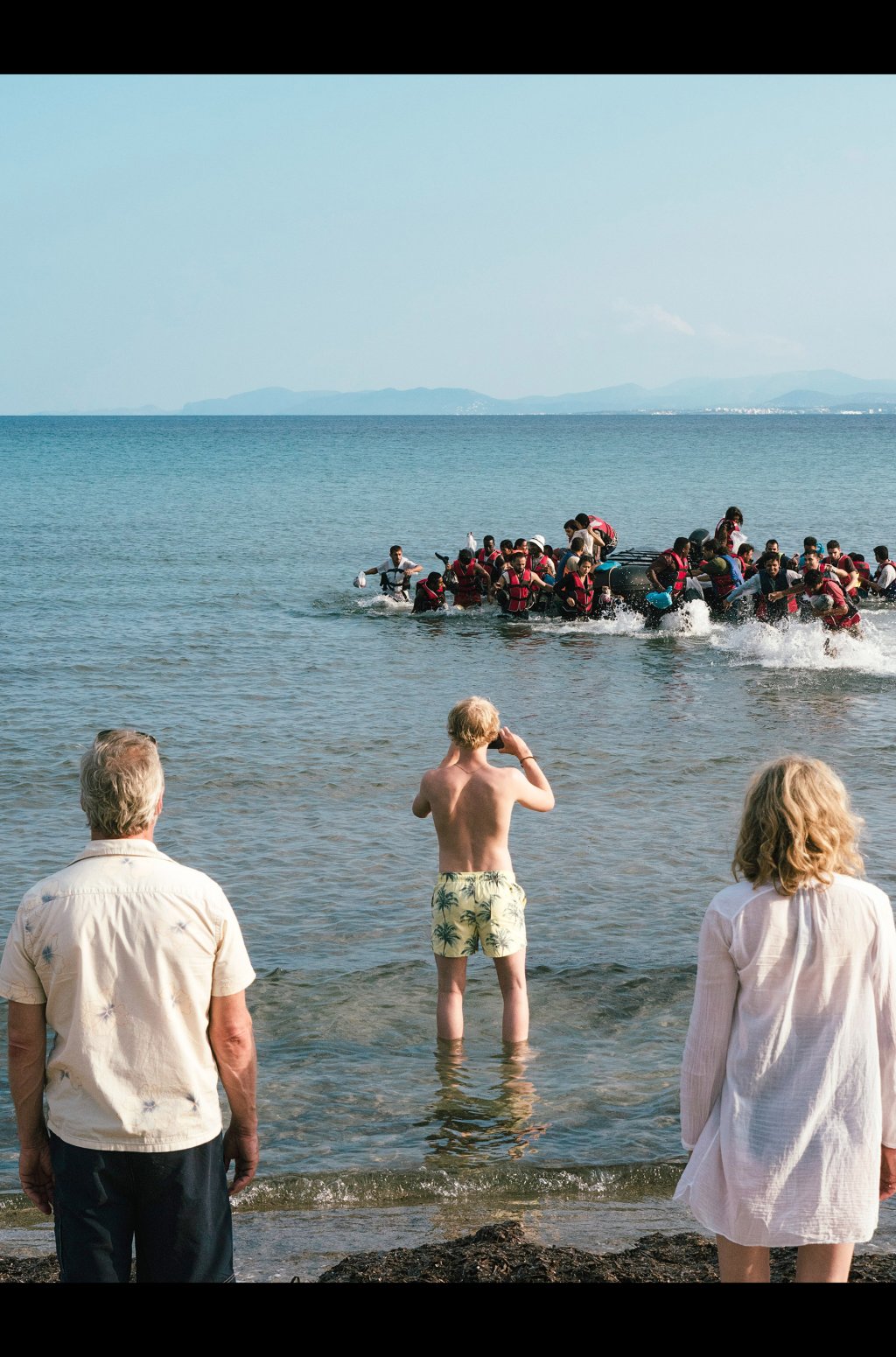 During the writing process, he explains, the writers and producers had so much daily news about migration on which to base their stories. They wanted to do justice to those stories and to the complexity of the issue. Complexity is a word which comes up a lot during the conversation with von Boehm and it is reflected in the characterization of all the protagonists, he thinks. “We show stories where the ‘good’ and the ‘bad’ don’t exist” he replies, in answer to a question about whether they felt a responsibility to only portray ‘good’ refugees and asylum seekers.

In the first episode, one of the asylum seekers, Daniel, from Nigeria, gets angry when his asylum process is delayed. He steals from the camp, sets fire to an office and then runs. Is he the typical bad character and his more innocent younger brother, Amare, (who comments as he watches Daniel stealing laptops “that is not good,”) the good one? Deciding who is ‘good’ and ‘bad’ is too simple a judgment, thinks von Boehm. His co-producer, Jan Krüger from Port au Prince film agrees, "especially in the Syrian storyline, be prepared for a complex situation where it is hard for the audience to judge whether Maryam’s husband has a ‘dark past’ and is a perpetrator, or whether he simply had to obey a system in Syria up until a certain point until he was able to exit?” The series constantly juxtaposes and weaves together different storylines to underline this complexity. There is the poverty of the Greek security guards, who need a job, one sleeping on a put-up bed in the living room of his sister and brother-in-law’s tiny flat in a run-down suburb of Athens, with the even more extreme poverty of those in the camp who are desperate to work and gain asylum. Both these storylines contrast with the international flights taken by the boss of the private camp in Athens, Héléne, who flies to Frankfurt and Brussels and stays in luxury hotels while trying to win more contracts to open further camps in Greece and the middle-class wealth of the German family and the upper-class wealth of the Syrian family that flies from Lebanon to Paris to start their journey as ‘refugees.’

Von Boehm was concerned that often refugees and migrants are depicted as an anonymous mass of people in the media. Reports in the news will concentrate on how many people were rescued from the sea but it is relatively rare that we learn about each person’s story. What was important for the Eden team was that people could really understand the stories behind the words refugee and migrant. “We wanted to do something different from what journalism could do,” adds von Boehm. “We wanted to allow the public to really dig deep into people’s biographies and, if I can use the word, meet their souls.” Much of the series was filmed in a refugee camp in Greece, in which the inhabitants also played background parts on screen. “Some of the stories you find in Eden were “infused” by our documentary project,” says von Boehm, “including the character of Héléne. They also talked extensively with refugees and social workers throughout the writing and filming process to make sure that their storylines were plausible.

"Eden" wanted to show the big business aspect of migration through the character of Héléne, explains von Boehm, “but what she represents most of all is the ambivalence of the western world, trying to help but at the same time being stuck in its own capitalist circle where everything, even help, is business.”

In the first episode, Héléne is filmed talking to camera. She describes her philosophy that in teaching migrants western languages and providing them with an education they will become “valuable assets” to our society. Later, she is filmed asking ministers to turn a blind eye to the fire in her camp, and to avoid claiming on insurance so as not to attract media attention. Von Boehm wanted to underline the nuances: Describing migrants as “valuable assets” is “the egotism of the west,” he thinks, although she thinks she is doing good; she is in fact ignoring (perhaps like many in the audience) the stories of those who have arrived and what they can, in fact, teach us (in the west). Money is certainly being made from migration. The series shows the smugglers counting out hundreds of thousands of euros per migrant, before packing them into clapped out cars and vans and promising to take them to Eden. There are the big contracts in the shiny halls of Brussels and the private security firms who dream of takeovers and world domination. There is also the paycheck of the security guards, holding back the jaws of poverty which threatens to engulf them too.

The German Hennings family, who we meet right at the beginning of the series, is partly there to “express the evolution of the change in public opinion in German society,” explains von Boehm. “They are quite Angela Merkel-like, at the beginning, it was all about ‘we can do this’ but what they are not taking into account is that they have a 15-year-old son who is not such a fan of this new adopted brother [the Syrian Bassam that the parents decide to take in]. And this will obviously create turmoil and problems…” 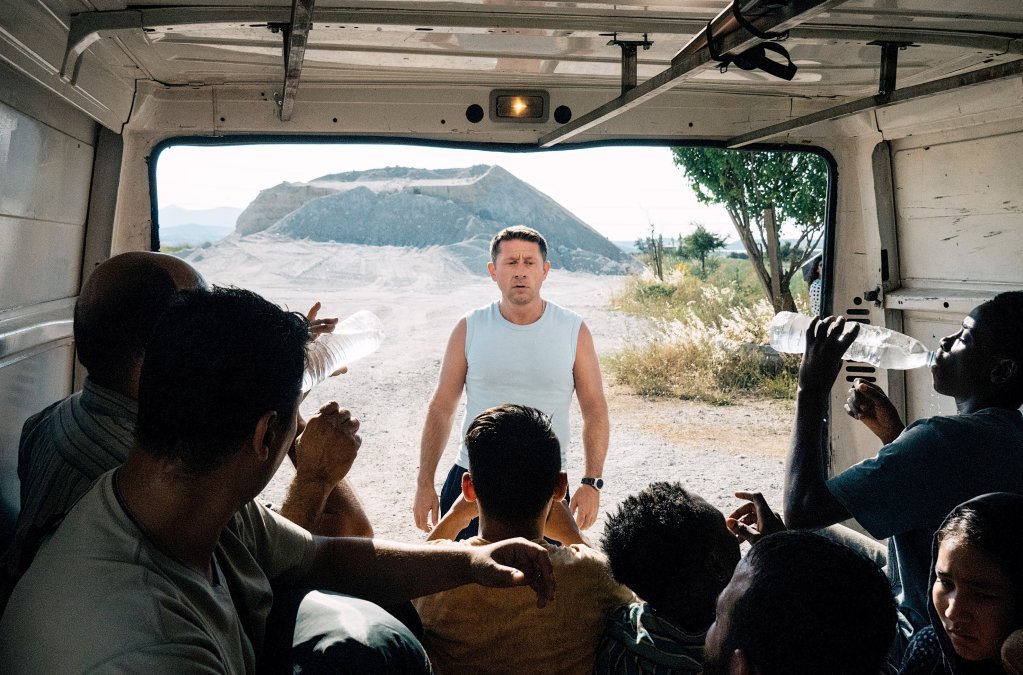 This being a Franco-German co-production, the producers and writers also had the very different context of France to contend with. Von Boehm explains again that the Syrian family tries to encapsulate the French reality. They exist within a Syrian microcosm within French society. The Germans who were busy trying to atone for the Nazism of World War II, tried initially to welcome migrants with open arms until they woke up to the reality of the situation; the French who live in a much more diverse society due, in part, to their long colonial past, have a very different way of looking at and accepting different minorities within France. Von Boehm hopes that viewers will stop perceiving migrants and refugees as “an anonymous mass ‘invading’ Europe, so to speak,” and start understanding that “there is a story and a need and a life behind every effort of [people] coming to Europe.” With European elections coming up, they are hoping to change the way some people approach this topic. Krüger says that the producers are “flirting” with the idea of a second series to also reflect the political and social changes that have taken place since they started working on "Eden".

The series title is Eden. It is partly about migrants’ wish to reach a ‘better place and a better life’ but ultimately, von Boehm appears to sum up the idea of Eden as being about a celebration of the survival of the complexity of the human spirit. The societies and people it depicts are ones which are now irrevocably touched by migration and all worlds are now as tightly entwined as the characters in the film.

The series launches on the German-French Arte TV channel for audiences in those two countries on May 2.