Italy and Tunisia have signed several agreements on cooperation in areas including migration and human smuggling. Top government officials from both countries met in Tunis on Tuesday for talks, which also covered the civil war in neighboring Libya.

"We will continue to emphasize the importance of the relationship between our two countries, and we want to underline the importance that a stable Tunisia continues to play in the Mediterranean," Conte said.

"We reached agreement on a wide range of themes," added Conte, including "foreign policy, the future of the Mediterranean area, migration, anti-terrorism and smuggling." He said both countries were keeping a close eye on the "deeply troubling" situation in Libya.

Tunisia was the first Mediterranean neighbor visited by Conte after he took office last June. "We want the Mediterranean to return to its role as a meeting point between cultures, a place which offers opportunities for development for everyone." 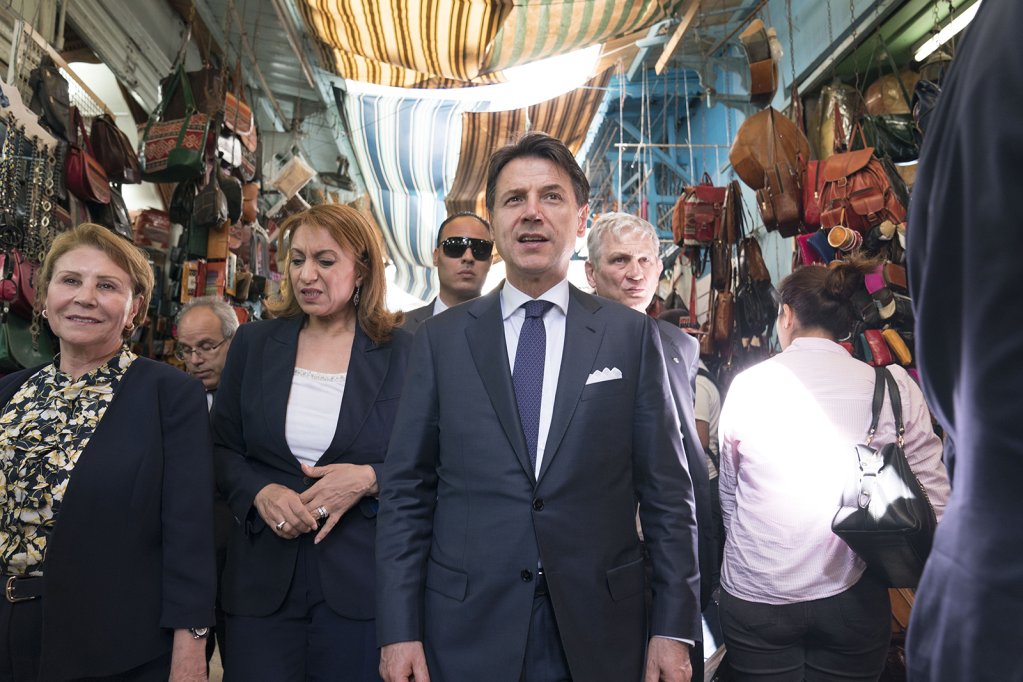 Keeping an eye on security

The two leaders talked a lot about Libya and Algeria and the developing situations, stressing that they want a political solution to the military crisis in Libya. Both countries are also concerned about the risk of terrorism in the region, which is heightened by the current instability.

One of the major agreements signed between Italy and Tunisia was the ELMED accord to develop renewable electricity structures and exchange between Tunisia and Europe. As part of that agreement, an electricity viaduct or "bridge" will be installed between Sicily and Tunisia.

The ELMED agreement was part of a wider range of measures to sure up Tunisia’s economic development and political stability. Conte announced a further 75 million euros on top of accords to the value of 157 million euros. The money is to be invested in developing infrastructure for primary school education, Conte said, as well as projects in the fields of culture, higher education and scientific exchange. 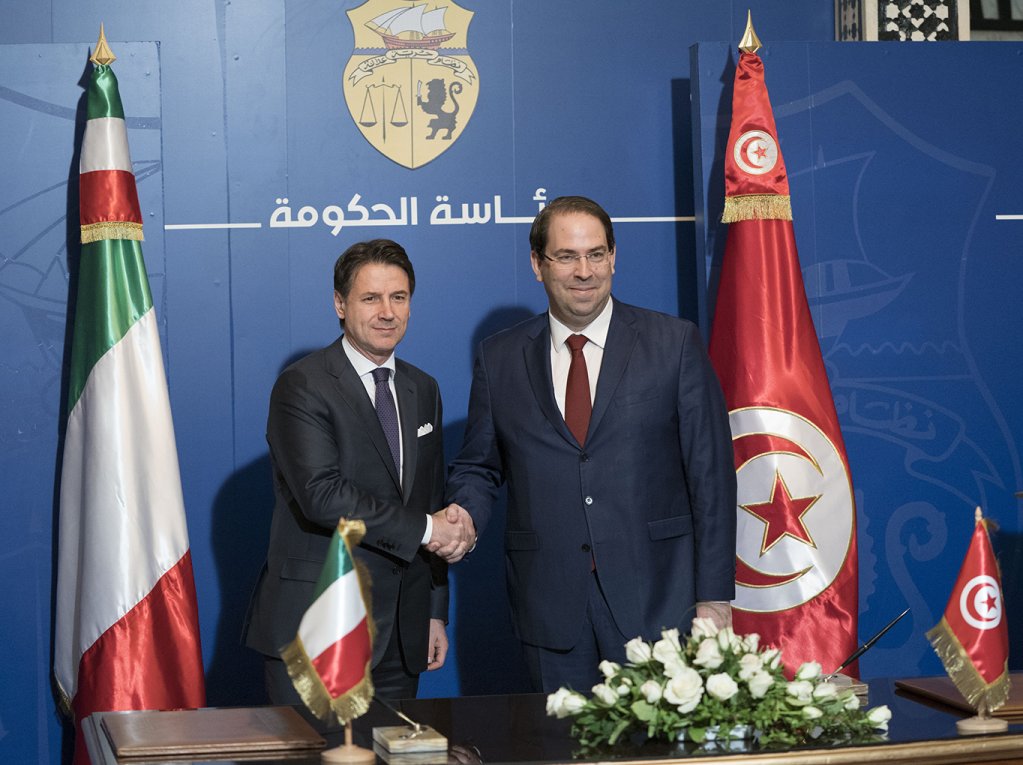 800 Italian businesses currently operate in Tunisia. The new accords will add to the large amount of exchange that already exists, particularly in the fields of energy, construction, manufacture, tourism and transport, Conte said.

Behind the declarations of friendship, concerns remain in Italy about Tunisia and the region as a whole. Reducing irregular migration across the Mediterranean has become a major plank of the current Italian government’s policy. Deputy Prime Minister, Matteo Salvini tweeted from Tunis on Tuesday afternoon confirming that a big part of the visit was to join the two countries in fighting irregular migration.

Some of the outlying Italian islands are closer to Tunisia than they are to mainland Italy. Pantelleria and Lampedusa, for example, lie not far from points on the Tunisian coast. And while Salvini claims that Italian ports have been "closed" to migrant arrivals, the mayor of Lampedusa says that most days, small boats continue to arrive. On the day of the bilateral meeting, the Italian newspaper La Repubblica reported that the so called "ghost runs" of small boats filled with migrants coming from a larger "mother ship" had resumed. They said two wooden boats from Tunisia arrived off the coast of Agrigento in Sicily. According to some witnesses, 35 were on board one boat and "several migrants" ran away from the second. One of the boats overturned and it is thought that some people may have drowned.

According to Open Migration, the Tunisia-Italy route is an important one for smugglers. On the same day that Conte was in Tunisia, a boat carrying 55 Pakistanis arrived on Italy's east coast on a boat believed to have set off from Turkey. In the north of Italy, a further 19 Pakistanis were intercepted in Trieste, near the border with Slovenia, it is presumed they arrived in Italy via the so-called Balkan route.