Following last year’s hunger strike by women asylum-seeker detainees in Yarl’s Wood in the UK, DW looks at the impact of the country’s immigration policy. Marianna Karakoulaki reports from London.

When Annie* arrived in the UK in 2004 she had no idea where she had landed. She had been trafficked into the country by a woman who had promised to keep her safe. Annie's trafficker, however, forced her to work as a prostitute. "I could not say anything, my voice was taken," she told DW. "I was threatened that I would be sent back to my country."

Going back to her country in West Africa was not an option. Annie's only memories from there are those of suffering. Annie is lesbian and at the age of 16 she was forced to marry to a 40-year-old man who beat her up and raped her. When she got pregnant with twins her husband performed a forced abortion on her. When she trusted someone who had promised to help her, she was forced into sex slavery. And when she trusted the woman who had promised to get her out of her misery, she was trafficked into the UK where a new cycle of abuse started.

Eventually Annie managed to escape her trafficker's house and found herself in an abusive relationship with a woman who had promised to host her for a while. She found a job with the help of that woman but until that time she had not made an asylum application. She was too afraid and did not know how to seek help. One day the police arrived at the shop where she was working and found that she did not have any papers in the UK.

A cycle of institutional abuse 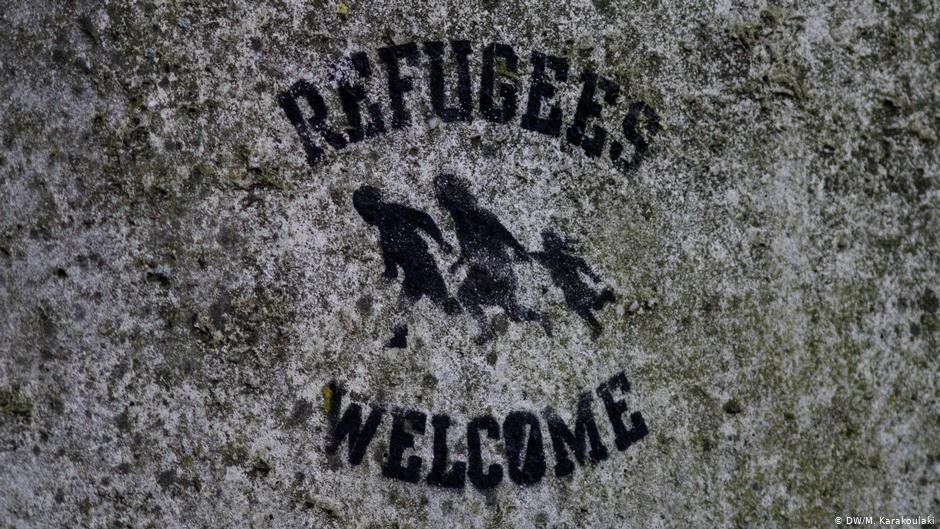 Annie made her first asylum claim in February 2010, six years after arriving in the UK, while she was held in prison for identification. Yet a new cycle of abuse was about to start — institutional abuse this time. After being released she was taken to the infamous Yarl's Wood Immigration Removal Center in the eastern county of Bedfordshire for the first time. Three weeks later she was moved to a city in Wales where she stayed crammed in a room with eight other women of different nationalities.

"My asylum was refused but the Home Office gave me the right to appeal that decision. But my solicitor abandoned me. Wales was too far for him to come," she said.

Her appeal was dismissed. After that she was evicted from the house she was staying and left homeless. She met a woman from Congo who saw her crying. That woman knew what Annie was going through as she herself had been an asylum seeker. She let Annie stay at her house for a few days and then put her in touch with the London-based charity Notre Dame who offered to pay for her relocation to London and help her with a new appeal.

During the appeal they found out that the Home Office had lost Annie's documents (The Home Office declined to comment). When they were eventually found three years later she was finally able to continue with the appeal process.

Her troubles were far from over though.

One day, while visiting a friend who had just given birth, some officials from the Home Office made a random check at her friend's apartment block and found that she had no ID.

"Fifteen men from the Home Office enforcement came, 15 huge men for one woman. Suddenly I started bleeding. They told me, 'go and have a shower.' I told them 'I can't shower in front of you.' I told them 'have the dignity of a man. Do you have a mother, do you have a sister? Could you stand your mother's nakedness? Where is the dignity you are giving me? You want me to shower in front of you? If you want to kill me, kill me. I am not doing that. I am prepared to die but I am not doing that,'" she recalled.

After that incident she was detained again and sent to Yarl's Wood for the second time. She described her second experience there as one of her worst experiences in her life.

"I was there for three months. My mental health deteriorated. They kept me on suicide watch. I was crying all day long. What have I done to deserve this?" 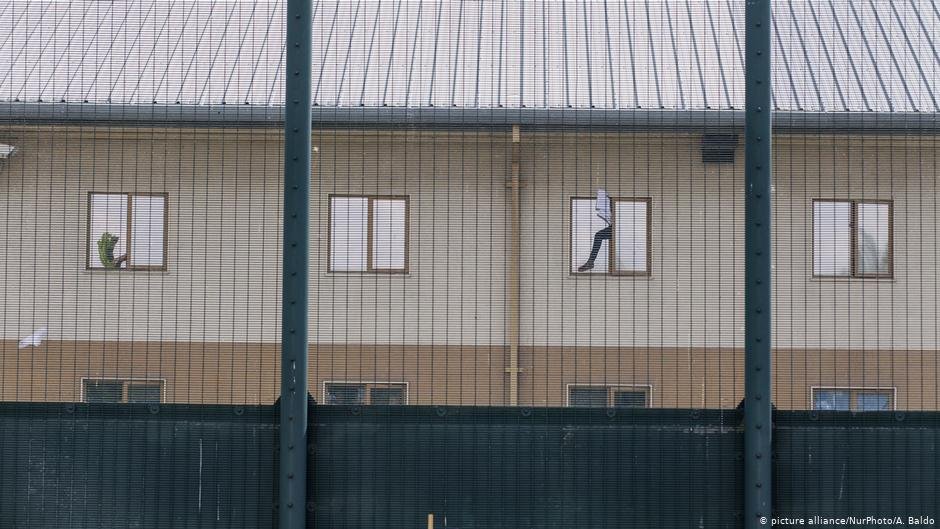 A recent report by the Joint Committee on Human Rights slammed the UK's detention policies and especially indefinite detention based on which asylum seekers are detained without knowing when they will be released. According to statistics provided by the UK's Home Office, in 2018, 24,748 people were held in detention under the country's Immigration Act. 12,637 of those had had claimed asylum in the country and were detained regardless of their asylum status; Of the total number of detainees 3,641 were women.

Read more: Calais refugees adapt to life in the UK

Yarl's Wood, where mainly women and families are detained, is one of 10 removal centers in the UK. A report by the London-based charity Women for Refugee Women, published in November 2017, revealed the severe impacts of the country's immigration and detention policies on vulnerable women, including survivors of torture, sexual abuse, and gender-based violence. According to Natasha Walter, the director of Women for Refugee Women, the country's immigration and detention policy has a severe impact on women's mental as well as physical health.

Read more: In Britain, refugees build a new life from on top

Annie is still waiting for the results of her asylum application. "2014, 2015, 2016, 2017. My application is rejected again. I receive a letter that tells me that I have to return to my country," she said. Returning to her country, however, is not an option. Homosexuality is illegal and she could face years in prison as well as abuse from her community.

In 2017, Annie applied again for asylum based on her sexuality which was rejected again.

"I explained everything about my sexuality in my statement. They didn't ask me to prove my sexuality, however, in the rejection letter the Home Office said that I did not provide enough evidence, such as photos of me in gay clubs in London."

Annie has appealed again. Nine years after her first application she is still living in uncertainty.

*Name and specific details have been changed in order to protect Annie's identity.