Italy’s deputy Prime Minister Matteo Salvini was in Budapest on Thursday to meet with Hungarian Prime Minister Viktor Orban. The two leaders discussed how to forge a common European pact to combat migration on the continent and succeed in the European elections.

Being tough on migration is something Matteo Salvini and Viktor Orban have in common. Matteo Salvini heads the right-wing and anti-migrant League party (La Liga); Viktor Orban is not only Hungary’s leader but also heads up the right-wing, anti-migrant party Fidesz. At the Thursday meeting, the two leaders talked about forging a pact ahead of the European elections and praised each other’s fight against migration.

Ahead of the two leaders meeting in Budapest, Orban gave an interview to the Italian national daily newspaper La Stampa. In it, he called Salvini a “hero” because, according to Orban, “he [Salvini] stopped sea migration and I [Orban] stopped the land migration.”

Salvini responded to Orban's statement on Twitter, thanking him.

On Thursday, Salvini got on a plane to Hungary. He posted a video message from the plane saying he was off to “build the new Europe…” On arrival in Hungary, he was met by his counterpart, the Hungarian Interior Minister Sándor Pintér.

First on the agenda for Salvini was a helicopter trip to the border. “We are going to fly over the border to see how they have put their border controls in place and how they block illegal migration,” said Salvini in a statement from the helicopter’s cabin.

Back on the ground, Orban and Salvini climbed wooden ladders into border posts, peeked over coils of barbed wire and appeared to admire the fence and wire construction which snakes along the Hungarian-Serbia border. Salvini posted a video on his twitter feed of his visit and also various pictures; including one of him patting a fierce guard dog, wearing a wire muzzle.

According to news agencies, the focus of talks between Salvini and Orban was immigration. Orban, whose Fidesz party was suspended from the European conservative EPP block in March (because of fears that Hungary was becoming less democratic under his leadership), used the meeting to reiterate his grievance that although he claims to have spent over 1 billion euros (1.1 billion US dollars) on building the fence, he hasn’t received any money from the EU in return. The EU has refused to contribute any money to the border construction.

Orban is hoping to change the way the EU controls migration. He has proposed that control of migration issues be given over to a council of interior ministers from the 26 countries in the Schengen travel zone, for instance. At the moment, the EU has a mandate to make sure human rights are protected within the bloc and that repatriation is carried out in line with international guidelines. The EU parliament can legislate and the council issues directives on migration. The EU border agency Frontex has some responsibility for patrolling the borders but the EU cannot tell individual countries within the bloc how to implement policy, as long as they adhere to international rules and responsabilities regarding human rights and repatriation.

In the EU parliament, Salvini’s league party is currently a member of the right-wing Europe of nations and Freedom group. But in early April, he announced plans to create a new alliance of euroskeptic parties.

According to reports from the press agency Associated Press (AP), Salvini stated his goal “to govern Europe in a different way. I am part of a strong alliance that has never existed before. I wouldn’t define it as the right, but as an alternative to bureaucrats.”

During a joint press conference with Orban, published on Salvini's Facebook page, the Italian minister stated: “The positions of the Italian and Hungarian governments are identical on [the issue of border controls.] We expect the new Europe to protect its external borders.” He added that Europe needed to start repatriating unregistered migrants who were “roaming” the continent. He also expressed the opinion that after the elections, the EU needed to get tough on non-EU countries who refused to repatriate their citizens denied asylum in Europe; the way to do that, he suggested, was to put pressure on those countries via trade deals and financial arrangements. 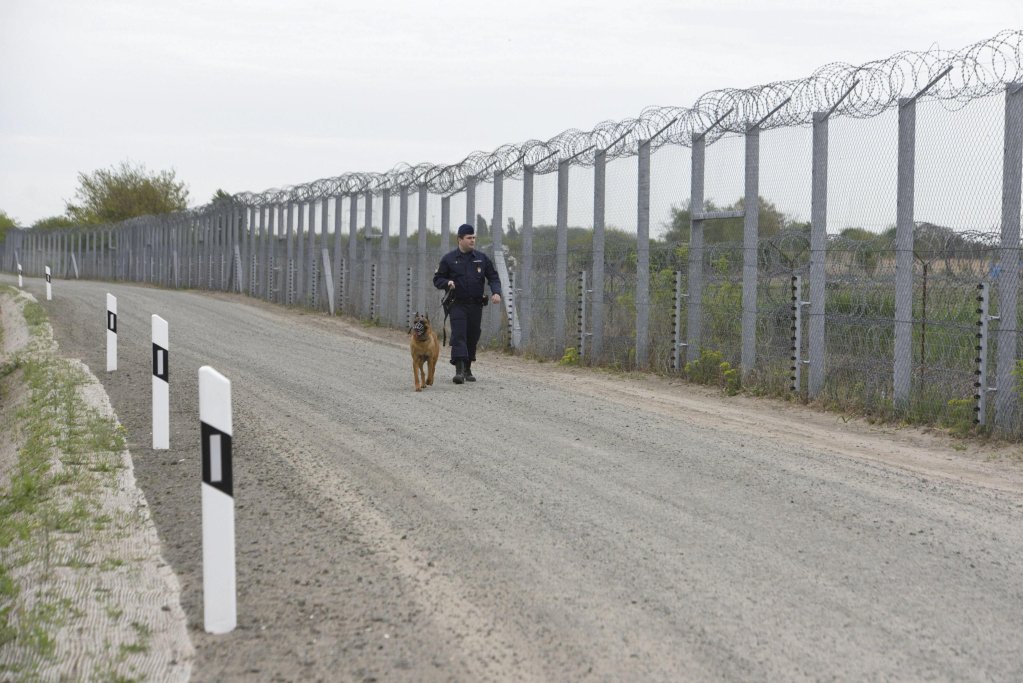 Following the meeting, the right-leaning Italian daily newspaper Il Giornale published an article in which they wrote that Salvini claimed that if the Left continues to govern Europe then “we will have an Islamic caliphate on the continent." The minister reportedly added: "I don’t want to leave that kind of Europe to my children. I will do everything possible to avoid that kind of fate happening on the European continent.”

Salvini is expected to meet more anti-EU party leaders in Milan in the middle of May. According to AFP, both Marine Le Pen, the head of France’s National Rally party, and the Czech far-right leader Tomio Okamura are expected to attend. Orban has not yet confirmed if he will also be attending.