Is truth the best weapon against anti-migrant hate speech?

As the voices of hatred directed against migrants become louder and uglier in the lead up to European elections, pro-refugee and human rights groups are trying to drown out the haters with facts to counter the anti-migrant commentary. Will it work?

Hate speech against foreigners in Europe has been around for a long time – but it’s never been able to reach so many, so fast. In the weeks leading up to the European Parliament election, world leaders have spoken regularly about the extent of hatred and bigotry being expressed – a “loathsome rhetoric,” as the UN Secretary-General Antonio Guterres called it, “venom directed at anyone considered the ‘other’.”
“Put them against the wall and shoot them – no exceptions” (website of the Slovak newspaper Novy Cas, 2017)
“Didn’t you try shooting them? Or running a few gas chambers with Zyklon B, together with several ovens?” (website of the Russian newspaper Komsomolskaya Pravda, 2017)
Reminiscent of the Nazi regime of the 1930s, these comments have become normalized in Europe in recent years, says Martin Leng from the Quaker Council for European Affairs. But one significant thing has changed – because they appear on the internet, people have stopped reacting. “At some point we become so desensitized to seeing it or reading it that we don’t respond,” says Leng, the QCEA communications coordinator. “Either that or you just don’t have the same sense of disgust that you probably should and probably would in the real world.”
‘Big massacres start with language’
There’s no single definition of hate speech. Europe’s main human rights body, the Council of Europe, defines it as “covering all forms of expression which spread, incite, promote or justify racial hatred, xenophobia, antisemitism or other forms of hatred based on intolerance, including: intolerance expressed by aggressive nationalism and ethnocentrism, discrimination and hostility against minorities, migrants and people of immigrant origin.”
But this is about more than simply words – history has shown that hate speech and actual crimes against foreigners are linked. The Holocaust perpetrated by the Nazis was preceded by hate speech and hate crimes, said Adama Dieng, the United Nations special adviser on the prevention of genocide last week in Geneva. The same thing happened in Rwanda in 1994, when Tutsis were called “snakes”. “It started with those words, and what we are seeing today, is pretty close,” Dieng said. “Big massacres start always with small actions and language.”
The very fast growth of the internet and social media has given inflammatory language much greater reach. As people are able to be anonymous, their comments have become more aggressive, with consequences for real-world violence against migrants, according to Leng. One study done in Germany showed there was a link between anti-migrant comments on Facebook and actual physical hate crimes against foreigners, such as attacks on refugee accommodation or women wearing religious symbols. “It isn’t just a bit of nastiness on the internet, there are real consequences,” says Leng. 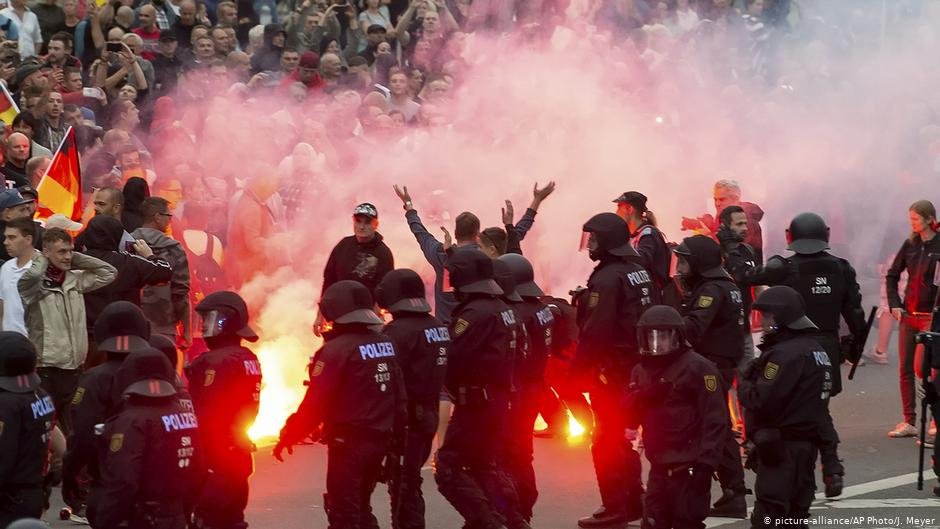 The ‘ban it’ approach
European surveys of migrants show that incidents of discrimination and racist abuse are happening more and more often. As a result, there’s been a renewed move by some governments to tighten laws and regulations against discrimination and some corporate institutions have introduced tougher policies and codes of conduct on countering hate speech.
Again, the internet plays a wild card. Checking comments and moderating hate speech on online forums requires a huge amount of resources which most companies don’t have. Algorithms are not sophisticated enough yet to be able to filter out hate speech, especially when the line between legitimate criticism of migration policy and discriminatory language against migrants is hard to draw.
Some people also worry that any moves to stop hate speech will pose a risk to freedom of expression – that restrictions on free speech are anti-democratic and can be used to silence critics.
There are several international laws against hate speech and many states have laws specifically prohibiting racial incitement to violence, including in mass media and the internet. But because of the need to balance rights – on the one hand the right to freedom of expression, and on the other hand the right to freedom from discrimination, laws are hard to interpret and to enforce – leaving media free to publish comments about gassing migrants and Germany’s AfD party able to campaign with a call for votes “so that Europe does not turn into Eurabia.” 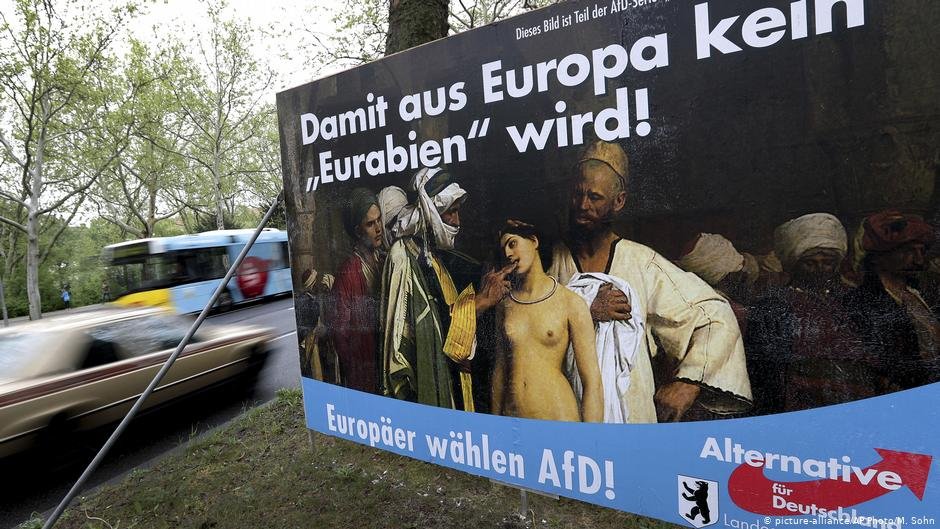 Changing the conversation
“If you delete a racist comment you don’t stop that person being racist, you just hide it, but if you engage with that comment in a more constructive way, then you can actually change people’s minds," Leng says.
Rather than try to regulate people’s viewpoints, which Leng says doesn’t stop racism, the Quaker Council for European Affairs is taking a different approach. Ahead of the election at the end of May, it’s launched an online campaign #chooserespect which is about exposing myths about migration and giving people tools to develop counter-narratives. On the internet, we should be engaging and calling people out, just as we would in the “real world,” Leng says. It’s not about having an argument, he says, but “winning the moral point.”
The campaign is aimed at what Leng calls a mainstream social media audience. The site uses simple language to refute commonly-held myths about migration and migrants so that when people come across false statements – in the media, online, or in conversation – they can correct what they read or hear by referring to empirical evidence from trustworthy organizations like the European Asylum Support Office.
As well as the myth-busting element, there’s a positive narrative toolkit. This is meant to help people who want to have a healthy and constructive discussion with someone who has expressed a negative view about migration. There’s also a twitter account following every MEP and candidate in the forthcoming election. Every time one of them makes an anti-migrant or xenophobic statement, the campaign responds with a polite counter-argument.

Gerard Batten, leader of @UKIP and British MEP, told his 56,000 followers that EU leaders intend to "supplant" Europe's population with migrants. But fewer migrants are arriving than before, and no such plan exists. Why spread fear and division? #ChooseRespect instead! https://t.co/lrvZ9qjBpd

Will it work?
The QCEA and other groups also trying to stop hate speech by countering with a positive narrative say the ‘drown out’ approach has worked in Sweden, where thousands of members of a social media group #JagÄrHär (I am here) respond to each example of hate speech in Swedish social media with facts and counter-messages.
But can facts about migrants compete with emotional comments? Leng says the lesson of politics in the UK and the United States over the past five years has been that facts do matter. “Reclaiming this is fundamentally important to the future of democracy,” he says.
The goal of the #chooserespect campaign is to change the way people vote in the European Parliament election so that they don’t elect a candidate with a xenophobic position. That verdict will be delivered in a few weeks. Already, Leng’s confident that the campaign is reaching large numbers of people and that enough will be convinced to make a difference.