At least two people have been injured after an airstrike hit a target close to a detention center in Tripoli where more than 500 migrants are being held. The United Nations refugee agency has demanded that all migrants in conflict-affected areas in and around the Libyan capital be immediately moved to safety.

Witnesseses told Reuters that during an attack on a camp of fighters loyal to the government, shrapnel struck the roof of the migrant detention center less than 100 meters away. Two of the detainees were injured and needed medical treatment.

The center in the eastern suburb of Tajoura holds 500 migrants and refugees, according to the UN refugee agency, UNHCR. Most come from sub-Saharan Africa.

"We have almost lost hope," one man at the center told Reuters. "War here is too much. Please, we need help," he added.

The fighting, which began in early April has killed more than 440 people and injured at least 2,100 more, according to the World Health Organization. 60,000 people have been internally displaced in the conflict.

An estimated 3,640 refugees and migrants remain in detention centers in conflict-affected areas in and around the capital. The UN has relocated more than 1,200 people to safer areas within Libya since the start of the conflict.

The last evacuations to take place were on 29 April, when 146 people were relocated to Italy. The UNHCR says the international community must come forward with more offers of humanitarian corridors and relocation.

In a statement on Wednesday, it added that it was concerned at the use of migrant detention centers for storing weapons and military equipment, a practice it said violated international humanitarian law.

The French president, Emmanuel Macron has called for a ceasefire in the battle for the Libyan capital. After meeting with the Libyan Prime Minister Fayez al-Serraj in Paris, Macron's office said in a statement: "Noting that there is no military solution to the Libyan conflict ... the proposal was put forward to delimit a ceasefire line, under international supervision." 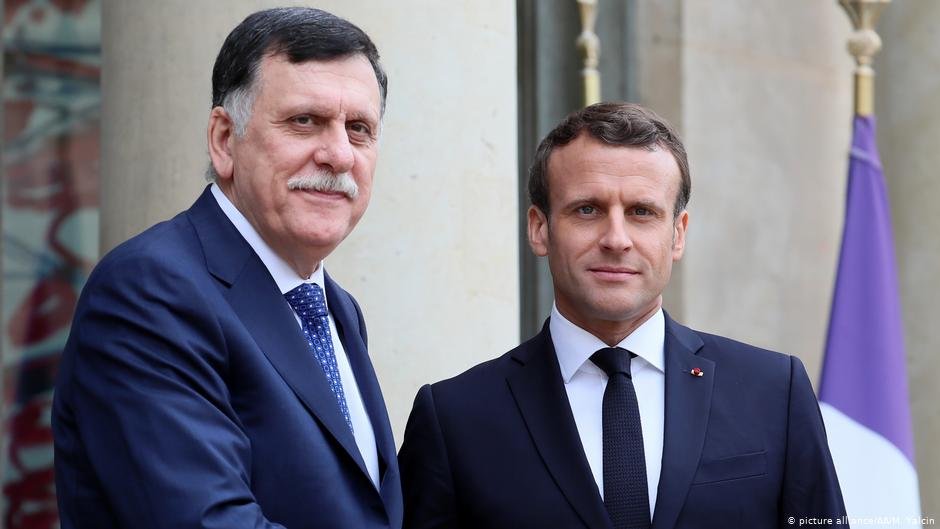 Serraj told the TV channel France 24 that Khalifa Haftar, the commander of eastern forces that attacked Tripoli in early April, was attempting a power grab. He called for a "clearer stance" from Paris towards Haftar.

Haftar, a former general in Gaddafi's army, has in the past received support from France, which helped him to seize the Libyan city of Benghazi in 2017.