Neither here, nor there – the plight of Afghan refugees

The International Organization of Migration (IOM) is projecting the return of over 570,000 Afghan refugees from Iran and a minimum of 50,000 from Pakistan in 2019. These projections appear to be on track, with 99,980 Afghans having already returned from Iran and 4,848 from Pakistan in the first three months of the current year. Voluntary repatriation of Afghan refugees from these countries is a regular pattern, despite persistent security and economic challenges in Afghanistan. A combination of complex, inter-connected social, political and economic factors trigger the repatriation.

The Soviet War in Afghanistan displaced over six million people in 1979. The Soviet Union withdrew all its troops in 1989, but the civil war continued as the Mujahedeen wanted to topple President Najibullah’s government, which they were eventually able to do in 1992. This was followed by the rise of the Taliban. After the 9/11 terrorist attacks, the US started military action in Afghanistan against Al-Qaeda and the Taliban, a military presence continues today.

As a result of these situations, there are some 2.6 million Afghans registered as refugees in more than 70 countries around the world.

An overwhelming majority of Afghan refugees, almost 95 percent, live in just two countries, Pakistan and Iran. Over 1.3 million Afghans are registered as refugees with the UNHCR in Pakistan; whereas in Iran, the number of registered Afghan refugees is also over a million.

The presence of these refugees in both countries is no longer regarded very positively, either by the governments or the indigenous populations. They are mostly supported by the UNHCR and international organizations. Despite continuing instability and economic hardship in Afghanistan a voluntary return of Afghan refugees from Pakistan and Iran is facilitated by the UNHCR’s Voluntary Repatriation Program. The return takes place under the tripartite agreements between the governments of Tehran, Islamabad and the UNHCR. Since 2002, more than 5.8 million Afghan refugees have been repatriated with the assistance of the UNHCR. 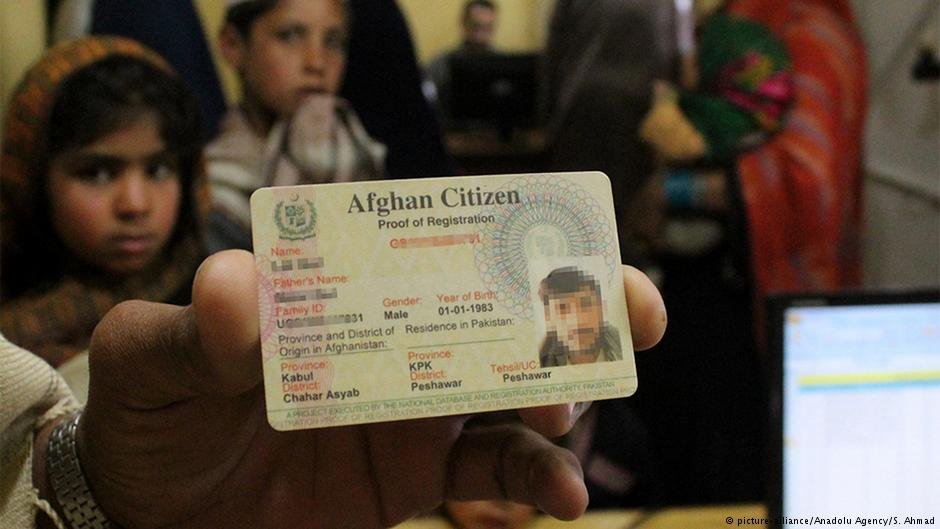 Pakistan is not a signatory to the 1951 Refugee Convention and its 1967 Protocol. Therefore, the stay of registered Afghan refugees is regularized by Proof of Registration (PoR) cards. The length of stay has been continually extended over the years through political decisions, which leaves the status of these refugees constantly instable. The latest decision saw the Islamabad government extend the deadline for the compulsory repatriation of Afghan refugees until June 2019; it is tacitly accepted that this deadline will shift again as it always has in the past.

In Pakistan roughly 36 percent of all Afghan refugees live in refugee camps. The vast majority, 85.1 percent, are Pashtuns while the remaining are Hazaras, Tajiks and Uzbeks. One of the most vulnerable Afghan refugee groups is the ethnic Hazara, who face target killings and persecution by the Taliban and anti-Shia outfits not just in Pakistan, but also in Afghanistan. For the Hazara community in particular therefore, voluntary repatriation is not a viable solution.

The Pakistani government has time and again stated that the time has come for all Afghans to return home as they are a ‘financial burden.’ In the recent past, several terrorist attacks in the country have also been attributed to the refugees. As a result, Afghan refugees have been facing growing resentment. International news agencies and human rights organizations often report violence and systematic harassment at the hands of law enforcement agencies. Something that has been categorically denied by the UNHCR’s mission in Pakistan as well as some of the Afghan refugees InfoMigrants spoke to recently.

Critics argue that Afghan refugees bear the brunt of deteriorating relations between Islamabad and Kabul as well as the fact that following over 3 billion dollars worth of investment, Pakistan’s arch rival India is growing in influence in Afghanistan. 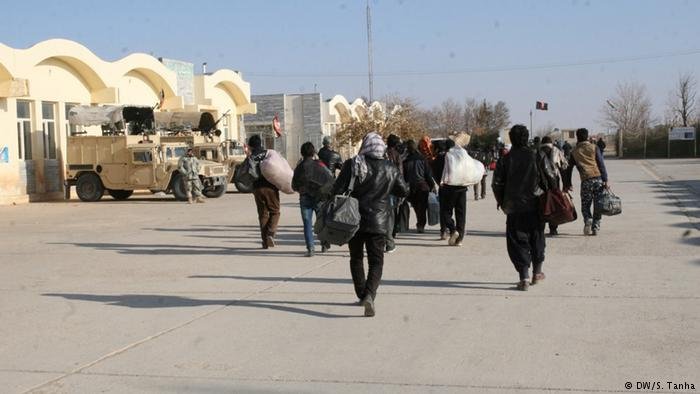 Iran is a signatory to the 1951 Refugee Convention and its 1967 Protocol. Over a million Afghan refugees in Iran have residency permits. They have ‘Amiesh Cards’ which must be renewed annually for a small fee. These cards give them the right to stay in Iran, health insurance and free education for their children. Aghan refugees are allowed to work in specific fields, but not in civil services. They have limited rights concerning the ownership of property.

Approximately 2 million Afghans live in Iran without papers. They are constantly at risk of deportation and exploitation.

Hazaras and Tajiks form the majority of Afghans living in Iran - over 70% of the total refugee population. Most Afghan refugees in Iran reside in urban areas, with only about 3 percent living in settlements located in rural areas. The capital Tehran has the highest concentration of Afghan refugees in Iran – according to the UNHCR roughly 200,000 of them live in Tehran.

According to Turkey’s Directorate General for Migration Management, over 31,000 Afghan refugees were arbitrarily deported from Turkey in 2018; i.e. 55% of the total deportations. The speed of deportations suggested a new blanket policy to remove Afghans, said deputy director of Amnesty International for South Asia Omar Waraich. “Amnesty has a lot of sympathy for Turkey for being the largest refugee host in the world, but their mass deportations of Afghans seem to be ruthless,” he added. “After earning so much moral prestige by hosting 3.9 million refugees, Turkey’s deportation of Afghans is actively squandering it.” 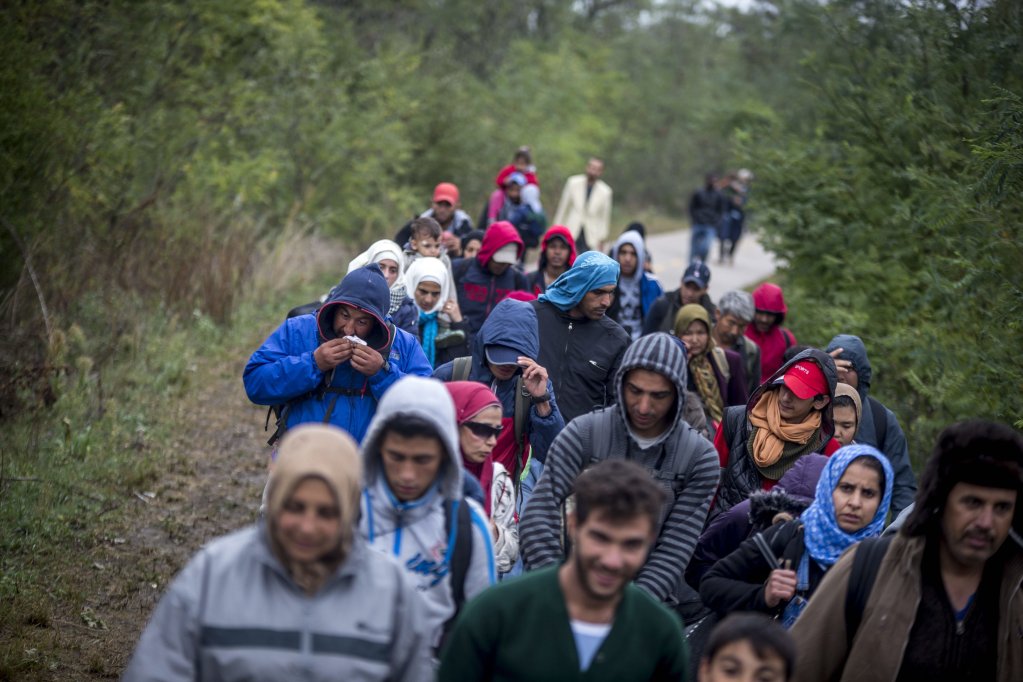 What is the EU doing to assist Afghan refugees in Iran and Pakistan?

The European Union (EU) released 27 million Euros in March 2019 as humanitarian aid to support the most vulnerable people in Afghanistan and Afghan refugees in Iran and Pakistan. It is part of the special measures, to address migration and forced displacement challenges in Asia and the Middle East, adopted in September 2017. The measures are worth 195.7 million euros.

The European block is a longstanding partner of Afghanistan and its current bilateral assistance amounts to 1.4 billion euros for the period 2014 - 2020. EU support focuses on peace, stability and democracy, sustainable economic growth and jobs and the provision of basic social services.

Meanwhile, the European Union committed 5 million euros in 2018 to ensure the delivery of vital assistance, including protection and access to basic services such as education and healthcare to Afghan refugees in Iran. In 2017, the figure stood at 10 million euros. Since 1997, the EU has funded humanitarian projects with over 52 million Euros for Afghan refugees in Iran.

Despite the EU’s consistent efforts to help vulnerable Afghans in Afghanistan and elsewhere in South Asia, most European countries have adopted strict migration policies within their own countries and introduced laws that have made deportations, even to Afghanistan, easier.