A central theme at this year's Art Biennale in Venice, Italy, is migration - despite the increased clamp-down on migration by the Italian government. Several countries chose to display works related to migration at the biannual event, chief among them Switzerland.

Entitled "May You Live In Interesting Times," the 2019 Biennale art festival, which spans all over the city of Venice, Italy, references a supposed curse from ancient China. After all, interesting times are not always good times; and with almost 90 countries participating in the event, various national pavilions picked up on that idea, some of diving deeper into the suffering behind human migration and its consequences.

Swiss action artist Christoph Büchel decided to confront Biennale visitors head-on with the reality of migration: His work "Barca Nostra" (translation: our ship) is nothing but the rusty wreck of a fishing boat that capsized and sank in the Mediterranean Sea outside the Italian island of Lampedusa on April 18, 2015. Over 700 people lost their lives in that tragedy.

The work is a painful and shameful reminder of how refugee policy can cost lives; as many as one in four migrants fail to reach their destination and suffer often painful deaths along the way.

Büchel's collaborator Maira Chiara di Trapani said that by displaying the ship at the Biennale, they are hoping to foster awareness: "We are living in a tragic moment without memory. We all watch the news, and it seems so far away; someone is dead at sea and we change the channel." 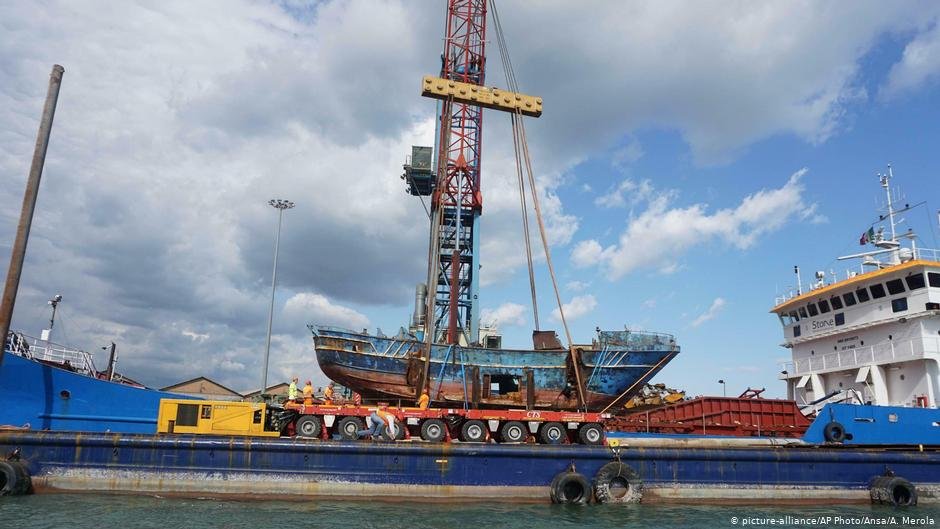 Migration as a recurring theme

Meanwhile the German pavilion features a performance-art show designed by the German-Iranian artist Natascha Sadr Haghighian, who silently appears in a multimedia sound and space installation wearing a large rock pulled down over her head. Central themes for Haghighian are migration, integration and the question of coexistence between various cultures. For the purpose of this performance, she adopted a pseudonym - Natascha Süder Happelmann (a very German sounding name) - alluding to the kind of assimilation many migrants feel they have to subject themselves to in their new homes. 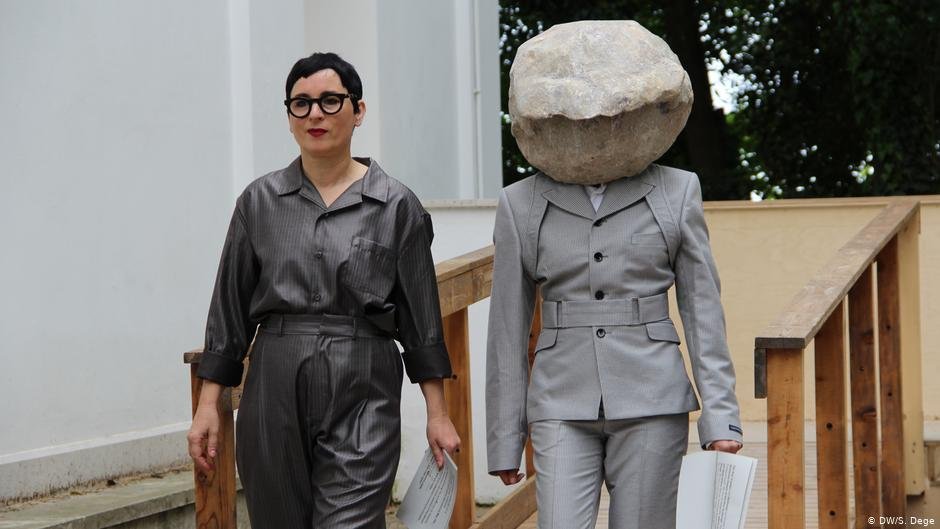 At the inauguration of the piece, Germany's Federal Foreign Minister Heiko Maas stressed that such works of art were intended to be seen as means to combat the growing sense of nationalism and isolation that is sweeping over Europe: "Art has to create new mental spaces and open up fresh perspectives for the future based on what people have in common."

"There are those voices in German politics that wish to present the German identity as one that is at odds with others, the ones that try to agitate against minorities and are unable to see the beauty of our differences. … They use their identities as a means to build borders, and not just figuratively speaking. They want walls and fences," Maas said. "Those who refuse to help those who seek out help are traitors for they betray our values as much as our true identities." 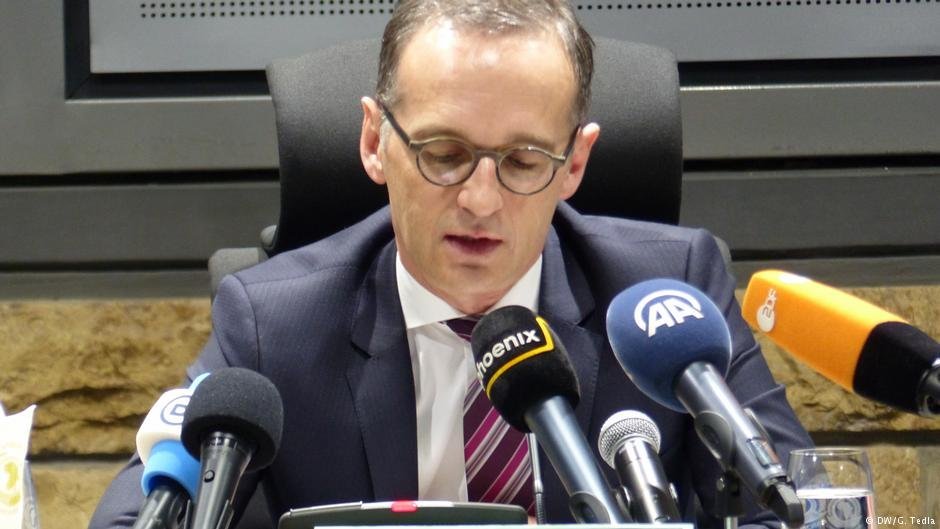 French artist Laure Prouvost, who won the coveted Turner Prize in 2013, also addresses with the subject of human migration in her contribution "Deep See Blue Surrounding You". Her piece examines "who we are, where we come from, and where we are headed." 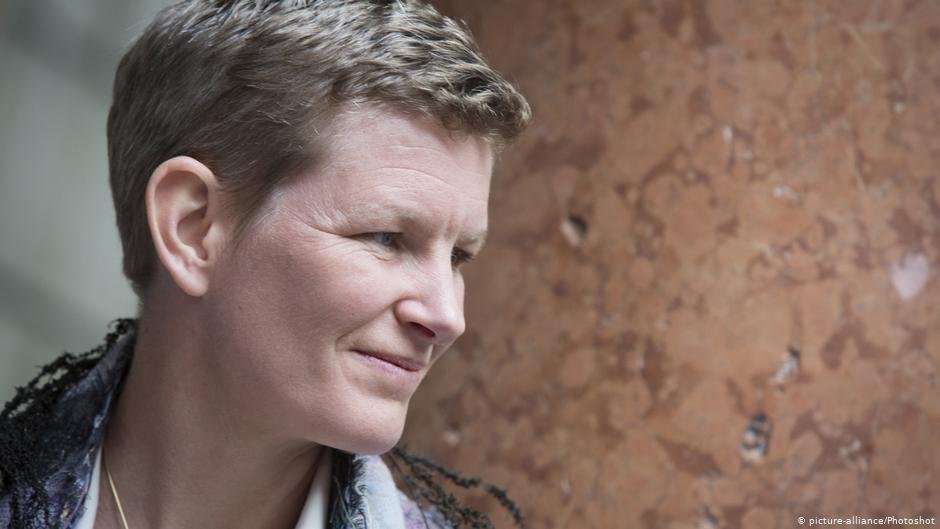 Ghana meanwhile participates in the Venice Biennale Arte for the first time, also looking at issues pertaining to migration, at least in parts. Titled "Ghana Freedom," the African country's contribution "examines the legacies and trajectories of … freedom by six artists, across three generations, rooted both in Ghana and its Diasporas"

Turkey also looks at migrant identities in its contribution, though it is not defined to what extend the works examine refugees and migrants moving to places outside of Turkey. "We, Elsewhere" juxtaposes the memories people have of where they come from with the memories people made when they went elsewhere. Artist Inci Eviner hopes to "evoke the sense of a search for the missing, the erased, and that which is 'elsewhere.'" 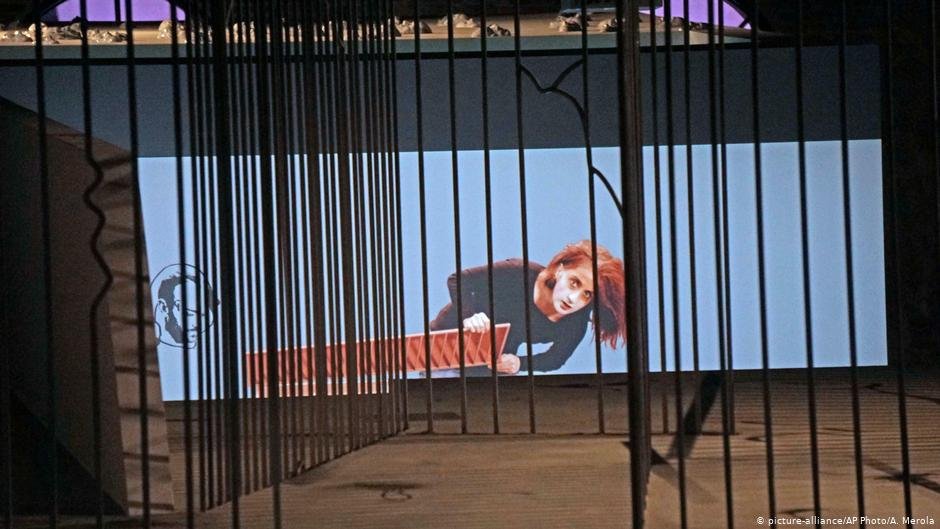 Syria - the country with the highest refugee diaspora in Europe at present - also participated in Venice's city-wide art show, though it's artwork does not directly relate to migration. Syria's been a permanent fixture at the Biennale since 2007 - despite its civil war, the country has not missed  the biannual exhibition once. However, presumably because of the safety situation in the country and the resulting loss in social infrastructure, it decided not to "officially adopt or encourage a specific artistic trend."

The US American Ralph Rugoff, who runs the world-famous Hayward Gallery in London, curated the international exhibition in Venice this year, choosing every contribution himself. He explained that Biennale title "May You Live in Interesting Times" is a reference to the political zeitgeist of the present. Rugoff said that art "cannot stem the rise of nationalist movements and authoritarian governments in different parts of the world... nor can it alleviate the tragic fate of displaced peoples across the globe."

"But in an indirect fashion, perhaps art can be a kind of guide for how to live and think in 'interesting times,'" Rugoff told AFP news agency. 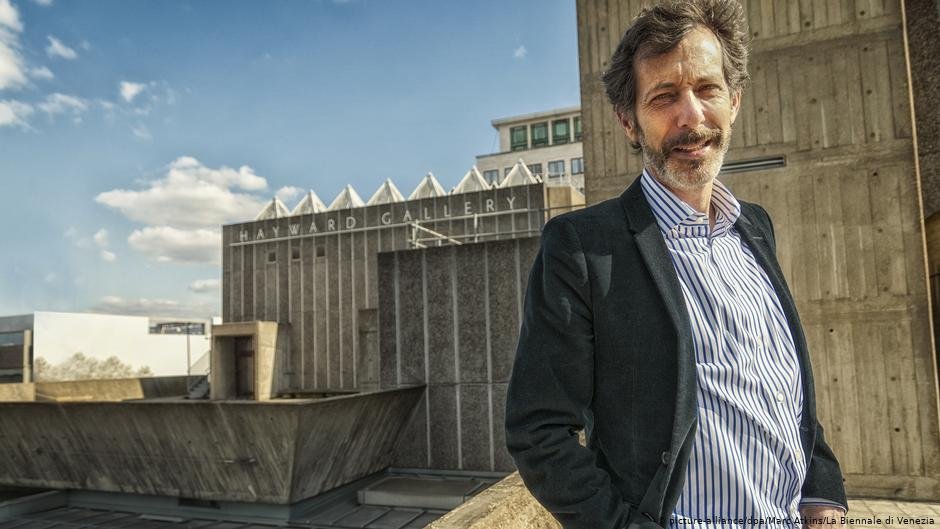