Getting refugee teachers into German classrooms

Two German universities are running courses to help qualify refugee teachers to work in German schools . Who can apply? And will they get a job after finishing the program? InfoMigrants spoke with the coordinator and its participants to find out.

Since Rahaf Alissa arrived in Germany three years ago, the 30-year-old Syrian refugee has been trying to continue her profession as a schoolteacher. She completed an internship, which you need in order to teach at a German school, but it was still not enough for her to get a job as a teacher here.

Hope finally arrived when she discovered a special course being offered in the state of North Rhine-Westphalia (NRW). "I heard about this program on the internet. I signed up at the University of Bochum and was accepted," Rahaf told InfoMigrants.

The program, "Lehrkräfte Plus" (Teachers Plus), is offered at the universities of Bielefeld and Bochum. It began in September 2017 in Bielefeld, in collaboration with the Ministry of Education and the Bertelsmann Foundation. The Mercator Institute is also involved in supporting the program at the University of Bochum.

Each year, 25 refugees take part in the one-year program. At Bochum University, the course is into its second intake of students. Rahaf, who started last month, is one of them.

To be part of the program, applicants have to have a university degree in their subject and practical teaching experience in their home country, as well as a good knowledge of the German language (at a minimum level of B1). So that the participants can devote themselves to the full-time program, which is an eight-hour day, the job center provides them with financial support. This was the case with Rahaf, unlike university students who receive student loans instead. 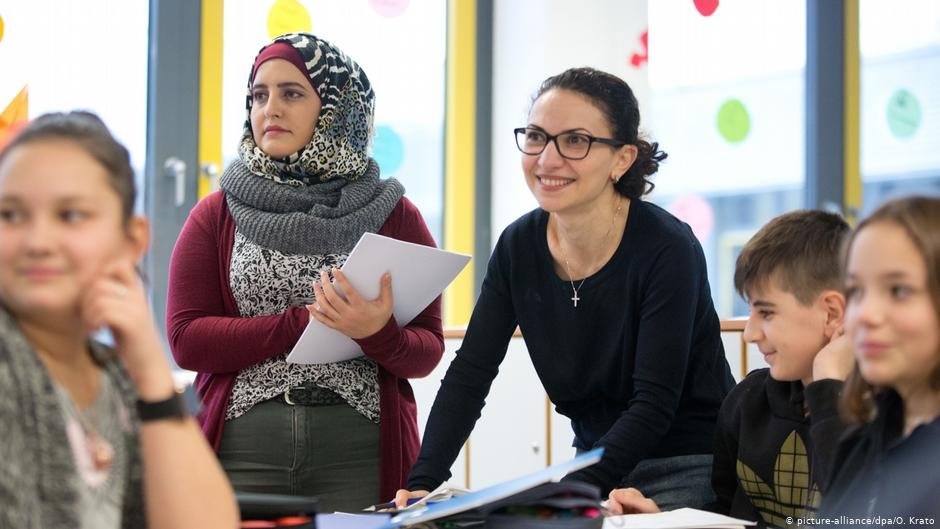 Getting a foot in the job market

Besides an intensive course in the German language (to attain the level C1 or equivalent), the program includes lectures in education sciences and deepens practical knowledge in the field of teaching. According to the homepage of the University of Bielefeld, participants teach in German schools in the presence of supervisors.

"I was a teacher for seven years in Syria, but compared to the education in Germany, our teaching methods are old fashioned," Rahaf explains. "In Germany, the education methods and practice are better at conveying ideas and knowledge to the students."

Ahmad Bary, a 32-year-old Syrian refugee and a French language teacher, has already graduated from the program. "Before the program, we had very little knowledge of the German education system, so we benefited a lot," he says, adding that the most beneficial thing about this project was the practical training that they had for several months in schools.

Once they have finished the course, the participants have good job prospects, Marie Vanderbeke, the coordinator of the project in Bochum, explains. "All twenty-four graduates obtained employment contracts for two years to work in schools. We have been able to do this with the support of the Ministry of Education in North Rhine-Westphalia."

Ahmad Bary recalls that there was no promise of a job when he started. "However, now there is another program available to complete our qualification. This way, we can work and have the training at the same time in a school for two years," he says. "I hope that this program is the beginning of us getting a solid job." 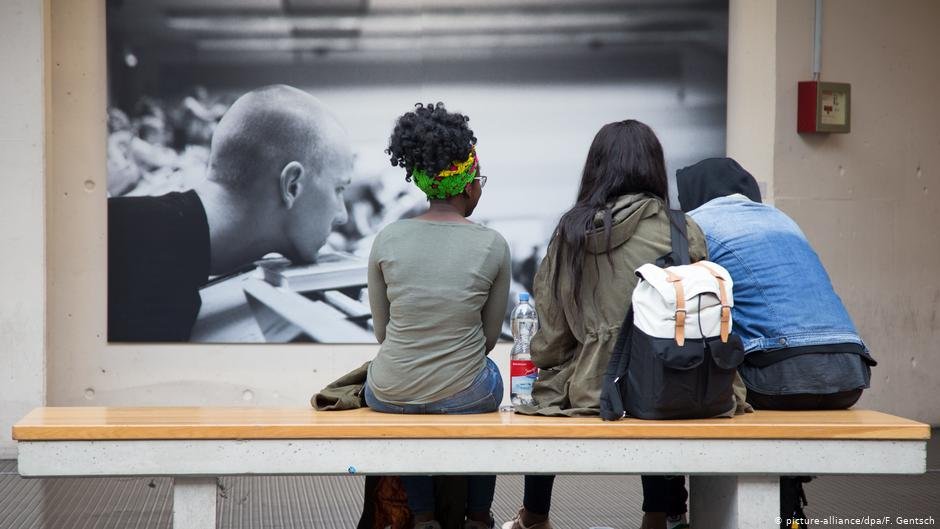 The NRW state government says it is aware of the capabilities refugee teachers bring and is doing its best to enable them to qualify in Germany. But the Social Democratic Party has criticized the government over the limited number of places. Germany has not taken advantage of these "valuable resources", the SPD says.

Vanderbeke says the number of students is "appropriate" for the moment. "Our work is characterized by focusing on individual cases and individual counseling and support," she says, adding that the program is a first for the state. "At the beginning of the program we didn’t have any experience regarding the target group and there were no statistics available." The number of applications shows that there is a lot of interest in the program, Vanderbeke says. "In Bochum, 470 people applied in the first year, and this time 235. That’s what pleases us."

So why not expand the program and get more universities in Germany on board? Vanderbeke says the Ministry of Culture and Science is discussing the issue with the Ministry of Education and looking at ways to do just that.

While the program was initially confined to teachers of English, French, physics, chemistry, mathematics and sport, the University of Bielefeld has begun the qualification of teachers of different disciplines as well, according to the state government.

'Lehrkräfte Plus' is not the first refugee teacher qualification program in Germany. A 'refugee teachers' program at the University of Potsdam in the state of Brandenburg is now in its third year.