If you are a refugee living in a foreign country but you cannot stay there, you may be able to get help to resettle in a new place, like Britain, Spain or Canada. But in reality, the lack of places being offered by governments means the chance of being resettled as a refugee is almost nil. The solution? Put the people in charge.

In spite of practically universal calls for safe and legal ways for people to seek protection, resettlement is still only available to less than one percent of refugees worldwide. With not enough resettlement places being made available by governments, more individual citizens and community groups are coming forward and offering to become private sponsors.

How does private sponsorship work?

Private sponsorship programs are civil society initiatives which involve private citizens or groups committing resources towards the resettlement of refugees – they exist alongside government resettlement programs. The amount and kind of support provided by the private individual or group is different, depending on the resettlement country.

For a long time, Canada was the only country with a private sponsorship program. It started in the late 1970s and has seen the resettlement of 300,000 privately-sponsored refugees, including at least 13,000 Syrians. Some of these people have been given homes in rural communities, where they have flourished, according to a long-time volunteer in British Columbia, Shauna Jimenez.

"Many of these newcomers stay in small town British Columbia for years. Some make it their permanent home," says Jimenez. "(They) are a vital thread, creating new friendships, knitting rural communities together. The joys of being involved in successful resettlement can be immense."

Since the start of the Canadian program, other countries, including Australia, New Zealand and Argentina, have launched programs, as well as several European countries.

Private sponsorship programs began in Europe in response to the Syrian and Iraqi refugee crises and have been growing ever since. Between 2013 and 2018, more than 30,000 people entered the EU under private sponsorship – over three quarters of them were admitted by Germany. Other countries included the UK, Italy, France, and Belgium, which have ongoing programs, as well as Portugal, Ireland, Czech Republic, Slovak Republic and Poland, where they were discontinued. Earlier this month, Germany launched a new pilot program “NesT” which will allow groups of at least five private citizens to sponsor a refugee, paying their rent and offering social support to help them to become part of their new community.

So far, there have been four main types of private or community sponsorship in Europe:

Humanitarian corridors: Civil society organizations, mainly Christian groups, contract with the government to sponsor people to access the asylum system upon arrival. Belgium, Italy and France have adopted this model.

Family reunification: Germany and Ireland have adopted this model, which is based on family ties to the destination country.

Community-based sponsorship: Programs in the UK and Portugal match people in need of protection with local and community organizations to support their integration after arrival.

The Czech Republic, Slovakia and Poland ran ad-hoc programs based on partnerships between religious groups and the government to sponsor numbers of Christians. 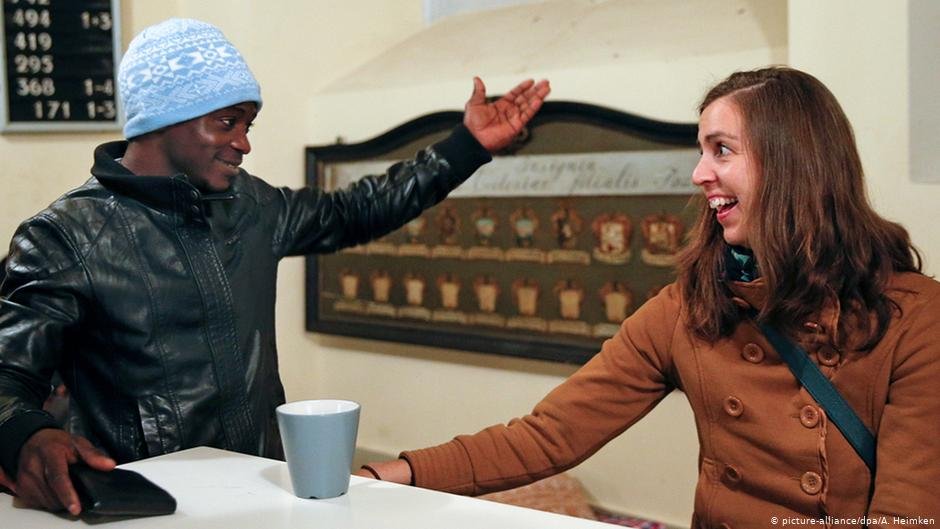 In Europe, some countries specify that the refugee must be “vulnerable” to qualify for sponsorship. Some also require potential beneficiaries of sponsorship programs to have refugee status from the UNHCR or the country where they are living. Others, including France and Italy, do their own assessment of the person’s need for protection.

The sponsorship programs in Czech Republic, Poland and Slovakia used religious affiliation as a criterion for eligibility. This created controversy because critics said it did not consider the need for international protection.

Immigration officials from the country offering resettlement will usually make the final decision on whether an applicant meets the criteria. The eligibility decision may be based on an interview, supporting documentation from the applicant and the sponsoring group, and other information, such as country condition updates.

To be accepted for resettlement in most countries, a refugee has to pass several checks including a medical test. Sometimes, applicants are also assessed on their ability to become established in the new country, meaning whether they are capable of working and learning the language.

Most European countries do not require pre-existing family ties to the destination country.  But even when family connections are not necessary for sponsorship, it is common for sponsors to name their family members as beneficiaries in the program.

Family ties play an important role in Germany and Switzerland, where one of the main goals of sponsorship programs has been to preserve family unity. In these countries, sponsors could name family members, including extended family relatives, to participate in the scheme. In Germany, this has enabled Syrians who received subsidiary protection and therefore did not have a right to family reunification, to bring over their family members.

Sponsors, usually groups, sign an agreement with the country's immigration authorities. In Canada, these are called Sponsorship Agreement Holders (SAH) and they are mostly religious, cultural or humanitarian organizations. Small local groups can also be sponsors.

In some countries, it's also possible for several citizens (in Canada, at least five people) to arrange for the sponsorship of a refugee. These citizens then act jointly as guarantors for the full duration of the sponsorship.

Sometimes refugees themselves, once they have been resettled, can apply to sponsor their family members.

Perhaps you want to nominate Samir Hamyeh as 'Newcomer of the Year' for #CommunitySponsorship awards 2019. Nominations now open in a range of categories. @CDS_RefRes Link here https://t.co/ceLbqmAOY9https://t.co/1NevAcpDSP

The status and rights granted to people resettled under the scheme vary from country to country. In Canada, sponsored beneficiaries are recognized refugees and when they arrive in the resettlement country, they are granted permanent residency. Some countries in Europe grant a protection status to the beneficiary which means they have the same rights as anyone with international protection, while in others, beneficiaries have a status equal to that of asylum seekers.

Once the refugee arrives in the resettlement country, the sponsor bears some of the responsibility for them – how much, depends on the country. At a minimum, the sponsor must provide accommodation, but in Canada, for example, they also cover utilities, food, transport, furniture, clothing and school registration, as well as the cost of enrolling in language training or employment counseling. Governments generally retain responsibility for healthcare, education and employment.

In some cases, the sponsor pays for the refugee to travel to the resettlement country. In Australia, for example, sponsors pay the applicants’ airfare and visa application charges and medical screening, as well as accommodation and other costs.

In Canada, the applicant is expected to pay for travel but they can apply for a loan, to be paid back within one to six years.

Canadian government guide to the private sponsorship of refugees

European Commission study on sponsorship schemes in the EU

A guide to community sponsorship in the UK