In the city of Mamou, in the central Guinean highlands, there’s not a single neighborhood that hasn’t been plagued by the massive youth departures for Europe. Although both authorities and NGOs are working hard to warn of the dangers involved in hitting the migrant trail, the departures continue.

The Mamou public transport station is bustling with activity. Old yellow taxis are lined up in the dust as they wait for more passengers. They won’t leave until they are full. In some places, the roadside market has spilled over onto the station grounds: A woman can be seen grilling corn cobs, and a little further away, the strong smell of dried fish is filling the air. Although it’s only mid-morning, travelers and market vendors alike are already looking for protection from the scorching sun.

The coming and going of the crowds make it almost impossible to make out which youth might be out travelling with their families, in their couple, or alone, and with a much more distant destination than the nearby village in mind. First they will head to Mali, and then most likely to Algeria, then Libya, before attempting the dangerous crossing to bring them to their final destination: Europe.

In 2013-2014, the Mamou public transport station became a key departing point for the country’s youths. Widely known as the "crossroads city," Mamou connects Guinea’s southern forests all the way up to the northwestern border with Mali. In the past few years, the number of youth departures have climbed to the point that the country’s authorities have had to get involved, especially since those leaving are getting younger and younger.

Keeping an eye out

Mamou’s transport workers union is located on the edge of station grounds. It is shrouded in darkness due to yet another of the almost daily power-outs that hit the city. Montaga Sow, the union secretary, sits on the edge of his desk as he talks about how many of the transport unions have now been made aware of the problem with the many youth departures. Authorities are counting on them to spot children travelling without adults and who are trying to reach the Malian border by taxi.

Montaga Sow says the drivers are encouraged to ask the children questions, and, in the case there is any suspicion that they might be setting out on the migrant trail, to stop at a gendarmerie to inform their parents. "Not even a week ago, five children took a taxi from Banian [250 kilometres east of Mamou]. They were trying to get to Bamako. They were between eight and 16 years old," he says. "They were spotted by the gendarmerie in Faranah which called us and informed their parents. The gendarme officers found them on the side of the road and were able to stop them."

But Mamadou Gando Diallo, a member of Guinea’s national transport workers union, says the system is far from perfect. “The driver taking them didn’t think twice about it, he was just thinking about money,” he says as he joins the conversation. Wearing a tweed cap and a loose-fitting blue shirt, he is visibly angered by the situation. 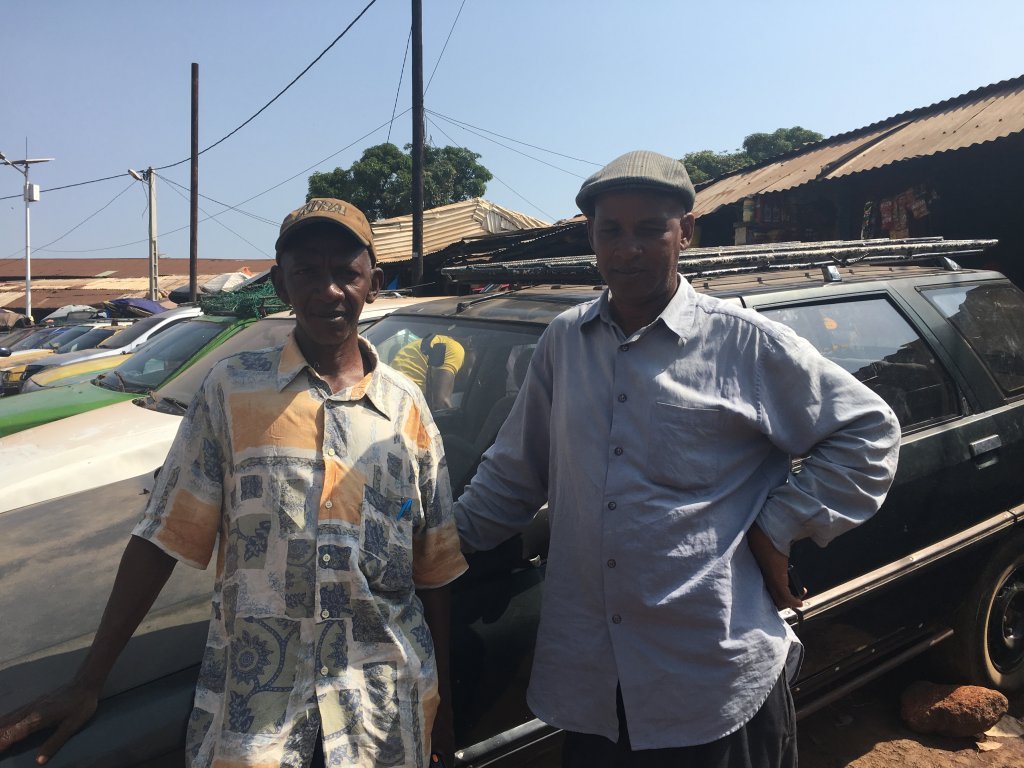 For the past few months, the union has collaborated with the International Organization for Migration (IOM) in a bid to intercept young people before they are able to reach the border.

But those wanting to depart have been quick to adapt to the new situation. As drivers have become more cautious in who they let in their vehicles, the youths have simply changed their means of transport. "Now they climb into the truck containers by the Séré intersection, seven kilometres from the Mamou exit," Montaga Sow explains, adding that the intersection has therefore become popular also for people smugglers. "Sometimes they pretend to be related to each other to avoid raising suspicion."

'To succeed, you have to leave'

Guinea has always been a popular departure point for people aspiring to migrate to other countries in the region, with Ivory Coast and Senegal topping the list of destinations even among the Guineans themselves. “In 2014, Guineans represented 47 percent of the foreigners living in Senegal,” says Mohamed Dougouno, who heads up the IOM’s subregional office for Mamou and Labé which opened in 2017.

Poverty and unemployment are the key drivers for Guineans dreaming of a better life elsewhere, with Europe being perceived as an El Dorado of sorts. Since the 1980s, and especially after the 1984 death of president Sékou Touré, most Guinean factories have closed down and unemployment has soared.

Guinea is also primarily populated by the Fula people - a nomadic ethnic group spread out in 15 West African countries. For them, travel is part of their culture and an initiatory rite to adulthood: to become a man, you have to leave. "Here, a migrant is seen as someone who can improve the living conditions of his community. People are convinced that to succeed, you have to leave," Montaga Sow says.

In recent years, he says, "Guinea’s youths have been struck by migrant fever”.

In Mamou, the youth departure trend kicked off about five years ago, starting in the districts of Loppet, Abattoir, Pétel and Horé-Fello. Mamoudou Barry, a Mamou-based journalist and teacher, says that it became a sort of competition between the districts and which then spread and drove young people in the other 24 suburbs of Mamou to also hit the migrant trail.

"There’s not a single neighbourhood that hasn’t been affected by this problem... In 2016-2017, every time we learned that there had been a shipwreck, there were young people from Mamou among the missing," he says.

‘Every morning we would learn of new departures’

Today, both the town hall and the prefecture claim that the number of departures has decreased since 2016-2017, but there are no official statistics to confirm this statement. In general, a family will report the departure of a family member a few days after they have gone missing. "In 2017-2018, we learned of departures every morning," Fodé Samoura, a youth director at the prefect, recalls.

Dressed in an elegant brown suit, having changed for the Friday prayer which is due to start in a few hours, he admits that his own son once tried to leave for Europe. "I have contacts at the border which allowed me to find him and I went to Bamako to pick him up."

"If the son of a high-ranking official, whose studies and expenses are paid for by his family, doesn’t hesitate to hit the road, what will stop the others?"

'The whole town was crying'

No one knows the exact number of young people who have gone missing while on the migrant trail, but everyone remembers that fateful day in 2017 when some 40 Mamou families learned that their children had drowned in the Mediterranean.

The Mamou team recently got downgraded in the football league. The reason: a total of 37 of the club’s young talents left the city between 2013 and 2016. 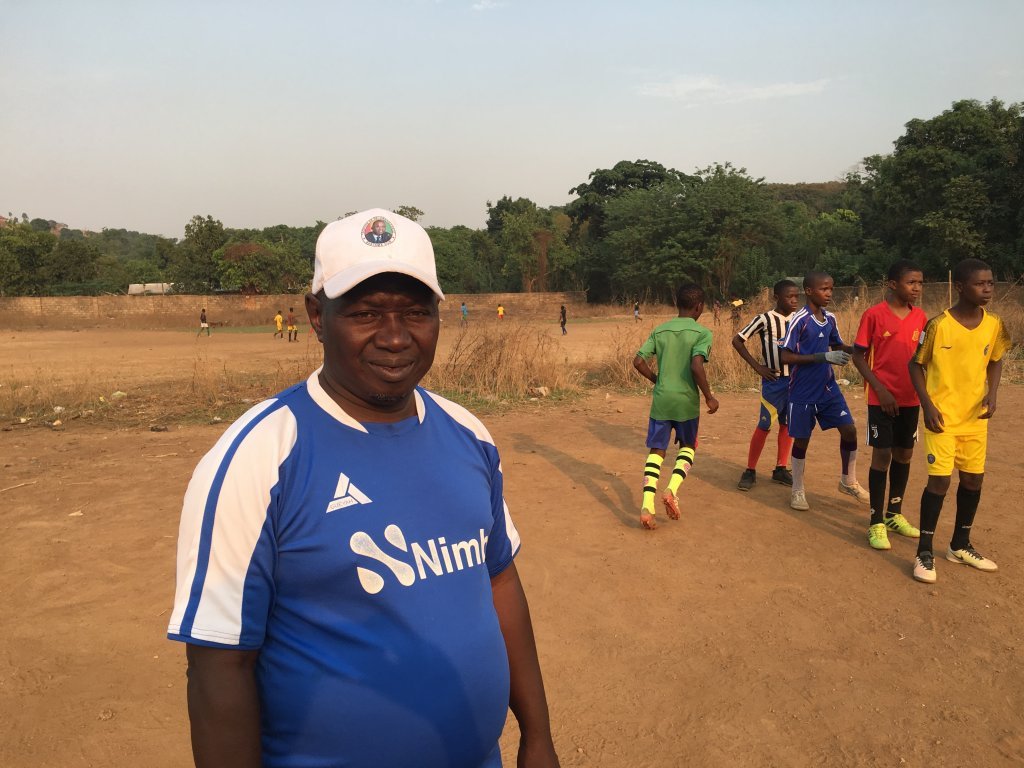 "They talk about Europe all day long," the coach explains, noting that more than 70 young people have left his neighborhood so far. Since football is bringing many of the city’s children together, Mamadou Saliou Diallo and the other coaches do their best to try to warn them about becoming an illegal migrant. "We often talk to them about the dangers they face," he says.

The city's authorities have realized – albeit a little late - that families are key in spreading awareness and preventing youth departures. Especially since some families actually encourage their youths to leave. In an effort to reach out to parents and relatives, the city has asked for the support of district chiefs and imams to bring up the dangers of illegal migration in their speeches and Friday sermons.

Last year, the government also asked Mamou's rural radio station to set up special awareness programs on the issue. Since then, the radio has regularly broadcasted programs featuring migrants who have been repatriated from Libya as well as the Guinean diaspora in Europe and who talk about the ordeals they have lived through. 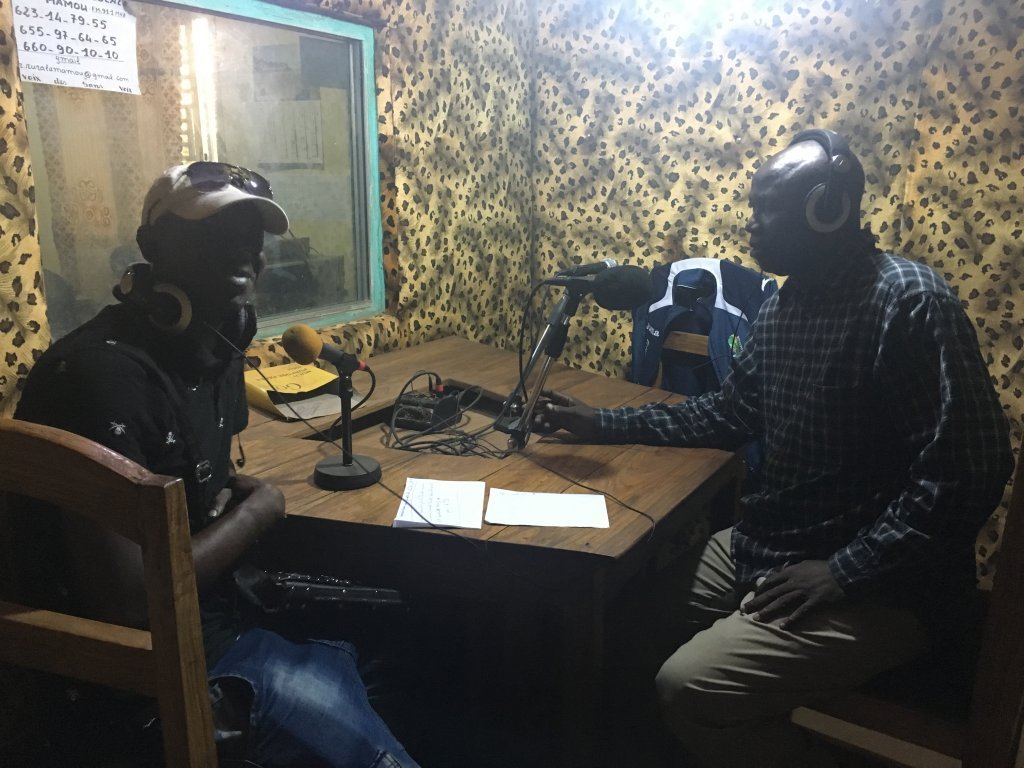 The power of social networks

Sixteen-year-old Ousmane*, belongs to those who have already tried to leave for Europe. Sitting in a large black armchair in his parents' living room, he recounts how he and some friends set off on the migrant trail two years ago. Both Ousmane and his older brother attend school, but despite coming from a fairly well-off family, with both parents working, they are worried about the funding of their higher education. After reading on the internet about the abuse migrants suffer in Libya, however, Ousmane finally gave up on his dream and returned home.

For 16-year-old Mamadou Téli, the dream of Europe began after seeing posts about it on Facebook. Growing up in a poor family with a single mother providing for 11 children, Mamadou decided to leave after seeing a photo of a friend posing in front of the Eiffel Tower, or “the Parisian pole” as he calls it.

Sitting on a tiny wooden stool in the shade of the family’s house, Mamadou finds it hard to speak about his time as an illegal migrant, about Libya and about his repatriation. He lets some questions go unanswered. Wearing a green football jersey and ripped jeans, he keeps his eyes fixed on the ground. His experience has marked him. "Since he came back, he's changed," his mother says. Known as a talkative teenager before his departure, Mamadou returned both silent and troubled.

Mamadou’s mother, who is sitting by his side, also has a sad expression on her face. Since her husband, and her husband’s second wife, died several years ago, she’s been struggling to provide for the family on her tiny salary as a shopkeeper.

After Mamadou came back to Mamou, he has gone back to school, and says he wants to continue his studies in the city. In the afternoon, like every other afternoon, Mamadou joins a group of around 20 boys who are playing football on an improvised pitch not far from his house. Surrounded by his friends, and while setting off towards the goal underneath the big trees lining the field, his worries disappear, and his face finally seems to soften.

*The first name has been changed 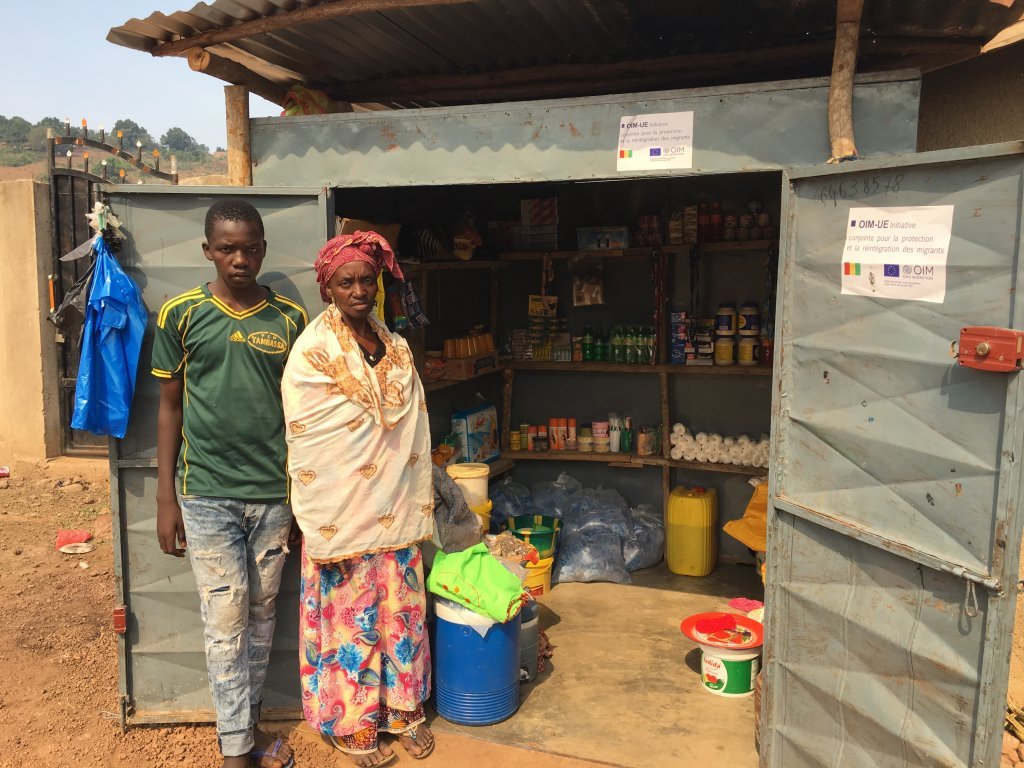