European migration stories told one object at a time

Europe wouldn't exist without migration, says the director of a German virtual migration museum. From "guest-worker" recruitment signs to audio cassettes from Turkey, the museum's archive is a treasure trove of stories.

Sandra Vacca puts on her gloves, climbs on a small stool and zips open the bag where a series of red signs with job titles in Turkish are kept: car mechanics, metal workers, packaging manufacturers, and more.

"These are original signs from the Istanbul placement office, where migrant workers were recruited at the time," explains the museum manager who leads The Virtual Migration Museum project at the Documentation Center and Museum of Migration in Germany (DOMiD), based in Cologne.

Vacca and her curatorial team have collected interviews and stories about migration from this post-WWII era all the way through the present. The DOMiD archive serves as a virtual museum on the topic, presenting the various stories in a digital, interactive form.

By clicking through the decades, the virtual museum's visitors can discover the different testimonies. "We wanted to retell the history of Germany through the perspectives of the migrants, because their experiences have mostly remained unknown. Every story counts," says Vacca.

The stories of migration collected by the exhibition's curators are based on objects that can be seen in the virtual museum. The actual objects are stored in the depot of the DOMiD association, carefully packed in boxes and special sleeves. They do not yet have a physical museum.

The collection began nearly 30 years ago, when Turkish migrants founded the association in 1990. There are now about 150,000 exhibits from all over the world stored here.

"People often think they have nothing to tell, but then we talk to them, look at photos together and find objects — and then they start telling the stories behind them and realize how important, multilayered and interesting their own lives are," says Vacca.

Some objects tell stories of arrival, such as a passport showing a person's first residence permit or a report card without grades, because if you didn't speak German, you weren't graded in the first years of school.

Other items, however, reveal the exclusion experienced by migrants: "Racism and how to deal with it is also a topic we deal with," says Vacca. She explains how some objects they have relate to the trial of the National Socialist Underground, a neo-Nazi terrorist group behind a series of xenophobic murders from 2000 to 2007 that targeted individuals with foreign heritage.

Another exhibit, the radio of the Genc family, commemorates the victims of the Solingen arson attack in 1993, in which five Turkish individuals died. 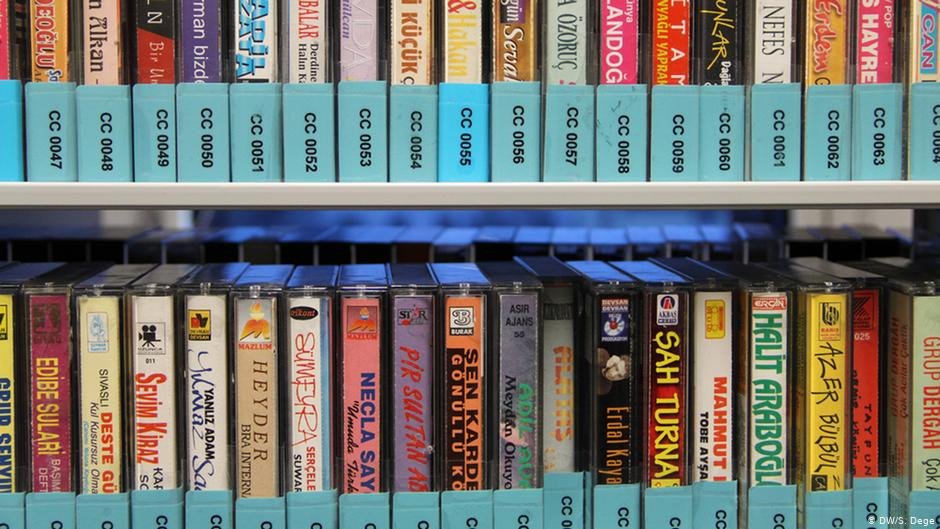 Tape recordings to keep in touch with the family

Vacca shows one of her favorite objects: "This is a cassette from a so-called suitcase child. They were children who grew up with their grandmother, aunt or other family members while their parents worked in Germany."

Although the situation was supposed to be temporary, "One year turned into two, then three, four, at some point it was 10. They sent each other these tapes instead of letters so that they could hear their voices. We have a cassette where you can hear a girl singing," says Vacca. It's just one of many emotional stories behind the objects, she adds.

Next to her is another exhibit: a pair of focus mitts, the punching pads used to train boxers. The leather is worn away and full of holes.

About a year ago, Boro Mrkovic donated the pads to the museum depot. "Many people have trained with them. Whether from the East, the West or the South, we are all the same," says Mrkovic, who has been training as a boxer for many years. 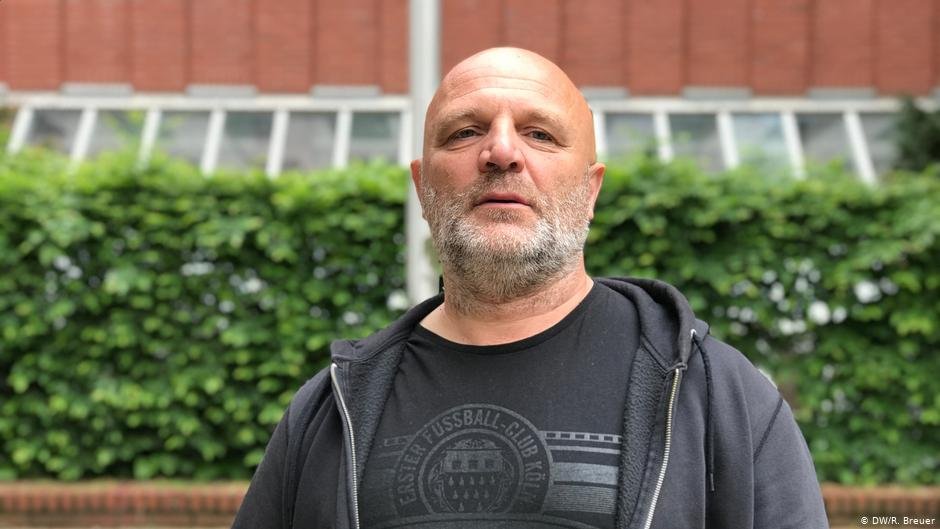 He came to Germany in 1975 as a child in a guest-worker family from Bosnia and Herzegovina, then part of Yugoslavia. In 1988, the family returned to their home country, but a few years later war began as Yugoslavia broke up. Mrkovic returned to Germany in 1993, this time as a war refugee.

He has since been living in a small town near Cologne. Asked what he calls home now, he answers with a laugh "the FC" and proudly shows off his T-shirt of the Cologne football club. Through his work as an integration mediator for the intercultural learning organization BIKUP, Mrkovic aims to build cultural, linguistic and social bridges. He views these as essential steps to integration in Germany and Europe.

The museum on tour

Mrkovic's focus mitts can also be seen in the virtual migration museum, which was launched a year ago. Since then, Vacca has been touring Germany and has presented the project in 18 cities to date. Born in France to Italian immigrant parents, Vacca has been living in Germany for 10 years and feels strongly connected to the topic.

"In a way I'm a child of Europe. Migration is a constitutive part of the history, present and future of Europe. We need to talk about it more and differently. Many second- or third-generation immigrant children hear and see the story of their grandparents for the first time through the exhibits, because often these families do not talk much about the past, about their own migration experiences. That is why it is important that we pass on these stories through interviews and objects."

Vacca hopes to find museum space to curate a real exhibition featuring the exhibits of the DOMiD's collection. Talks with the city are currently underway. There is strong interest in a migration museum. The topic is timely. Until then, the exhibition can be viewed on the website of the virtual migration museum.