Escape from Banjul: More than just a game

The life-and-death risks taken by many young Gambians who attempt the journey to Europe could hardly be more serious. Yet a group in Sweden has decided to create a game based on what many of the migrants go through.

Your name is Ousman, and your home is Banjul, the capital of Gambia in West Africa.

For years you’ve been struggling to make enough money to support your parents and siblings. But you want a better life for yourself.

You’ve decided that you’re going to try and get to Europe. From there, you hope you’ll be able to send money home.

Now you have to start making tough choices: Will you fly to Niger for $500 or take a $60 minibus that will get you to Tambacounda in Senegal? Do you need to buy false papers? In Senegal, are you prepared to go into debt to Amadou, the smuggler, and repay him in Mali?

Did you choose the wrong option? Don’t worry, you can always start again, because this isn’t the real world, it’s a computer game where the player is a migrant trying to make it to Europe. It’s called The Backway, after what Gambians call the overland route through neighboring African countries to the Mediterranean. 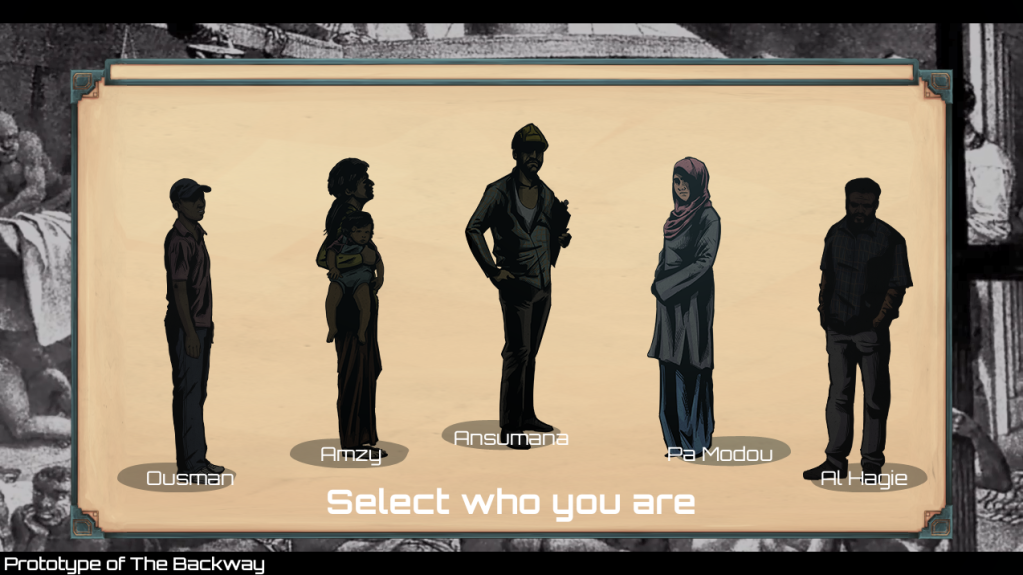 The Backway, the game version, is the creation of a small team based in Sweden, Impact Unified. For a number of years, the company has been developing “games for impact”, meaning serious games that have a thought-out educational purpose and aim to influence attitudes and behavior.

Film-maker and architect Neil Bell is the main driver of the project. "I'm not a gamer, but I love the architecture of ideas," he says on the phone from his hometown of Simrishamn on Sweden’s Baltic Coast. It was here that he set up Impact Unified with three of his nephews in 2015. In the same year, events were happening in Sweden and the rest of Europe that gave them an idea for their very first venture – a game about migration.

In Simrishamn, a town with a population of about 8,000, people had started arriving from the horn of Africa, Syria, Afghanistan and Iraq. “I saw migrants and I thought, ‘who are they?’ I met a woman from Eritrea for the first time. I didn’t even know where Eritrea was, not exactly,” Bell says.

Today, every thirteenth person in the seaside town is a migrant. And Bell and his team have gone on to develop many projects based on stories of migration, from a card game that lets you arrange a smuggling trip out of Dakar in Senegal, to a board game in which you are an Eritrean migrant in Khartoum and a virtual reality film by migrants trying to enter Hungary from Serbia. 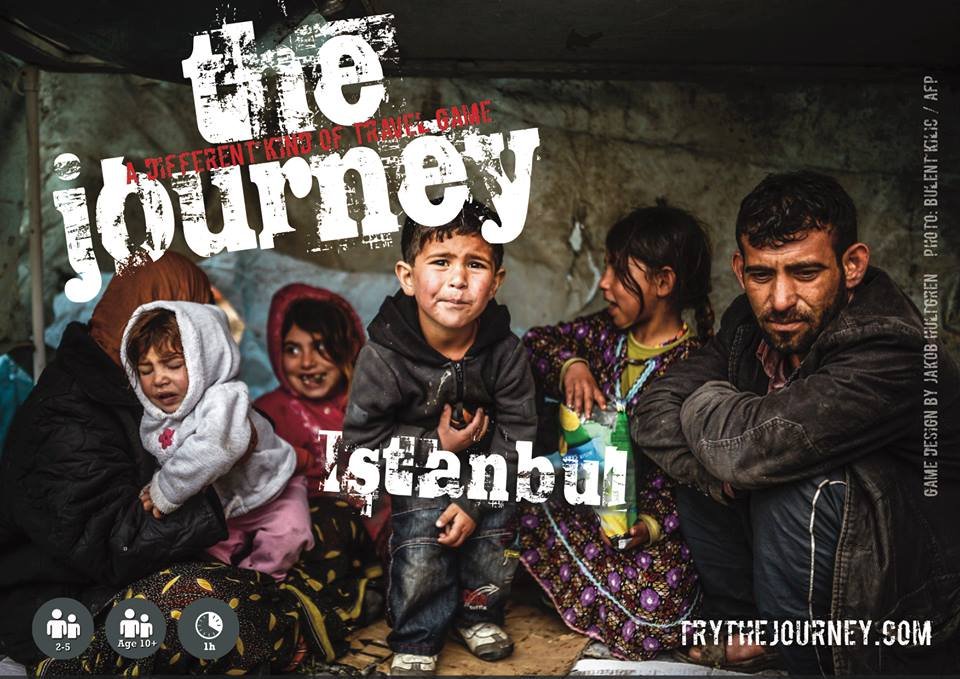 With The Backway, which is still in development stage, Bell hopes he can get younger people who have been raised in a fast-paced digital environment to watch documentary films and to see them in a different way. “With Instagram and Snapchat, their attention span is very short. So I thought we could do a game where they actually have to watch films and create their own narrative structure.”

The game will be available for free, thanks to various sources of funding for the project, including several arts bodies in Sweden. Bell hopes that with enough publicity it will attract gamers and not just people who are already aware of what migrants go through, which would be “pointless,” he says.

The prototype is quite fun to play, though it is hard to get far before being beaten and put in prison. As the game is based on the statistics of how many people succeed, this is all part of the plan, Bell explains. “It’s very difficult and very few people actually get through. That’s the idea [of the game], you’re up against it.” It comes as little surprise that the game is rated 15+. "People are dying here," Bell says. "Of course, when they (young gamers) play these games, people die all the time, but these are real lives." 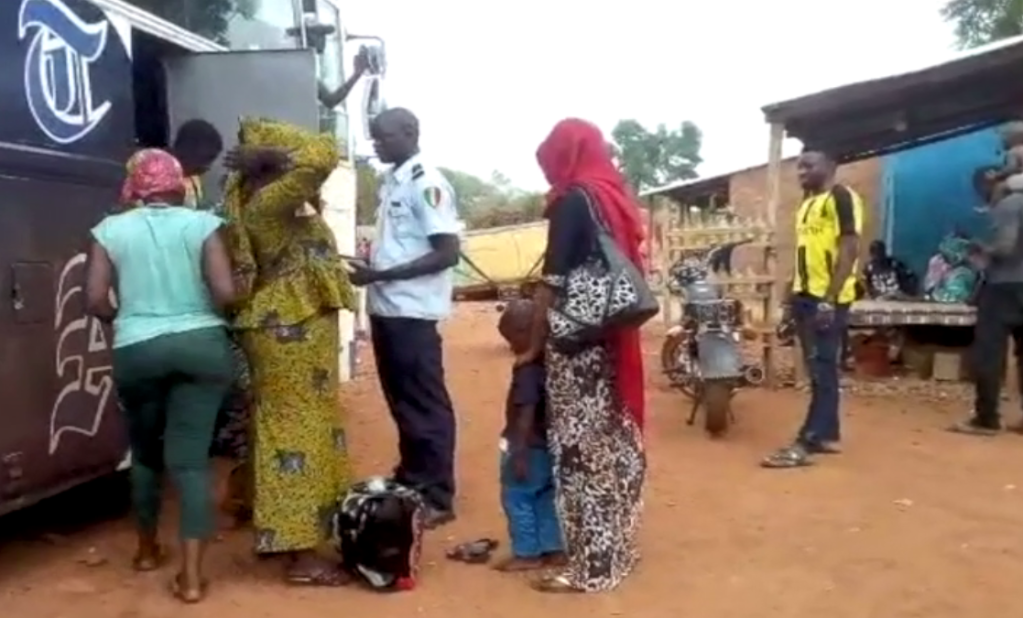 The Backway, and the other "impact-based games" about migration, blur the distinction between fantasy and reality in a way that can be disconcerting because of the very serious subject matter. An element of voyeurism for the gamer may be precisely the key to their impact. It is certainly hard to imagine worse scenarios than the real-life material at the disposal of the game developers.

In reality, most Gambians who choose the backway face enormous risks. Many get robbed or smugglers lie about the costs. Officials often demand bribes along the way.

A lot of Gambian migrants get stuck in Agadez, the last stop for West Africans before the dangerous Sahara crossing. "In Bamako, Niamey, Agadez, there are ghettoes where they end up staying until they have the next bit of money. They just live hand to mouth," Bell says. "When I went and filmed in one of the ghettoes, I just could not believe it. They had no water, the water tap was locked up."

The journey continues across the Sahara, where migrants may be attacked or kidnapped. Cars break down or get lost, and people die of starvation or from falling off overcrowded trucks. 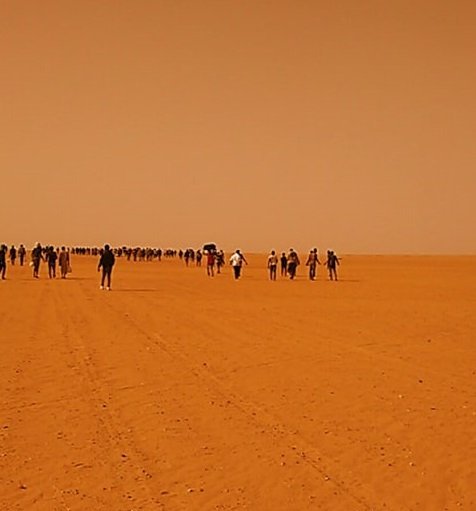 In Libya, migrants are regularly arrested and taken to detention centers, where they may be starved and deprived of water, tortured, raped and murdered. Those who manage to get on a boat out of Libya are in danger of drowning. Others are caught and taken back to Libya, or deported back to Gambia.

The lottery of birth

Four Gambians are the real migrants behind the stories in this game. Luckily, all have survived their journeys. Two of them, fishermen who left Gambia hoping for a better life in Europe, have since returned to Banjul, where they face the shame of being seen as failures by their communities and families.

A third migrant, a woman, ended up in Tunisia having survived prison and many months in Libya. Bell says she was messaging him on WhatsApp. "She would ask me, 'Neil, is it okay to go now?' And I said, 'I wouldn't go. If I were you, I would just stay put. It's very, very dangerous'."

Of the four, only Adama (not his real name), a 20-year-old from Banjul, has made it to Europe. As a teenager, the young Gambian's dream was to live in Europe and play football. Around twelve months ago, he decided it was time to follow his ambition, and he boarded a bus in Banjul, headed for Niger.

Incredibly, Adama survived the journey through Senegal, Mali, Burkina Faso, Niger and all the way to Libya, where he managed to get on a boat. But in the Mediterranean, the boat capsized. Bell says he heard from the migrant in Tunisia that a lot of people drowned, including one of Adama's close friends. Adama is now in a migrant camp in Sicily.

But it doesn’t end there. Bell hopes to keep following Adama and the other three migrants with his camera, weaving their stories and those of other migrants into virtual reality games, live performances, mobile Apps and documentary films. One of these is "The Crossing", a play in which the audience members become migrants and are met by a smuggler when they enter the theater. "They have to pick a straw and the straw will dictate their fate, in the sense of the lottery of birth," Bell explains. "The Crossing" is expected to tour throughout Europe the year after next.