Yazidi women victims of IS resettled from Iraq to France

More than 130 members of Iraq’s Yazidi community have been flown to Toulouse to be resettled in France. The families include women and girls forced into sexual slavery by the Islamic State group.

The group left Erbil International Airport on Wednesday. “Today we have come to see you off on your new journey to France,” Dominique Mas, the French Consul General in Erbil, said as they boarded the plane. “In France you will receive protection, security, education, as well as medical and social support.” The resettlement was organized by the UN migration agency, IOM, and is part of a humanitarian admissions program launched by the French president, Emmanuel Macron.

Macron’s policy is supported by the 2018 Nobel Peace Prize Laureate, Nadia Murat, who has advocated for Yazidi women worldwide. 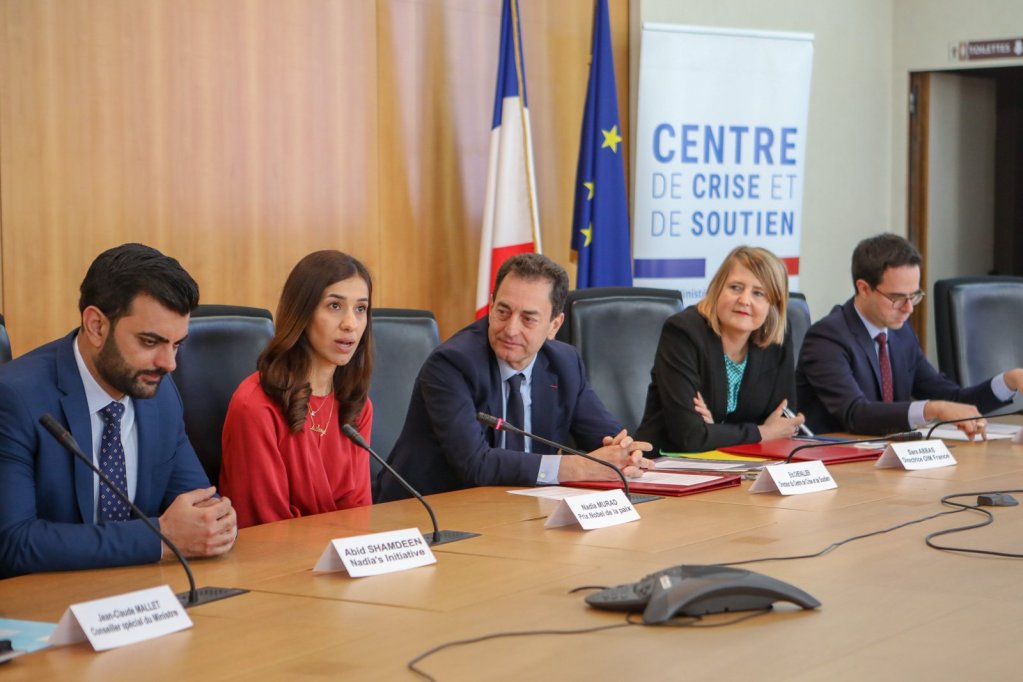 Ahead of the resettlement, IOM teams in Iraq arranged transport for the families from Dohuk to Erbil as well as accommodation once they arrived. The group also received medical checks and cultural orientation sessions before leaving for France.

The 28 Yazidi families are being offered protection in France five years after the Islamic State of Iraq and the Levant, also known as ISIL, attacked Sinjar. Since those attacks, a significant portion of the community remains displaced, including hundreds of families who escaped to Mount Sinjar in 2014.

“We are grateful for the French government’s support to this vulnerable group of Yazidis, some of whom have gone through a terrible ordeal,” IOM Iraq’s Chief of Mission Gerard Waite said. “IOM Iraq continues to assist all displaced Iraqi citizens, including Yazidis, both in areas of displacement as well as in their hometowns, to facilitate their sustainable reintegration.”

The director of the French Crisis Center, Eric Chevallier, who accompanied the families on the flight, said they would receive support from local non-government organizations in France.

Also read: Who are the Yazidis?