New migrant reception center to be built in Bosnia

In Bosnia-Herzegovina, the Operating Unit for Migrants has decided to build a migrant and refugee center near Bihac, in the country's northwest. The center will be built in Vucjak, eight kilometers from the Bihac city center, according to media sources.

The new structure will take the place of two temporary reception centers: Bira in Bihac and Miral in Velika Kladusa, both near the Croatia border. In 2018, 25,000 migrants entered Bosnia illegally from Serbia and Montenegro. Since the start of this year, police have registered 8,930 arrivals.
Bosnia is a transit country for many migrants who are trying to make it to Western Europe from Turkey or Greece. Bosnia is not a member of the European Union. But its neighbor Croatia is. 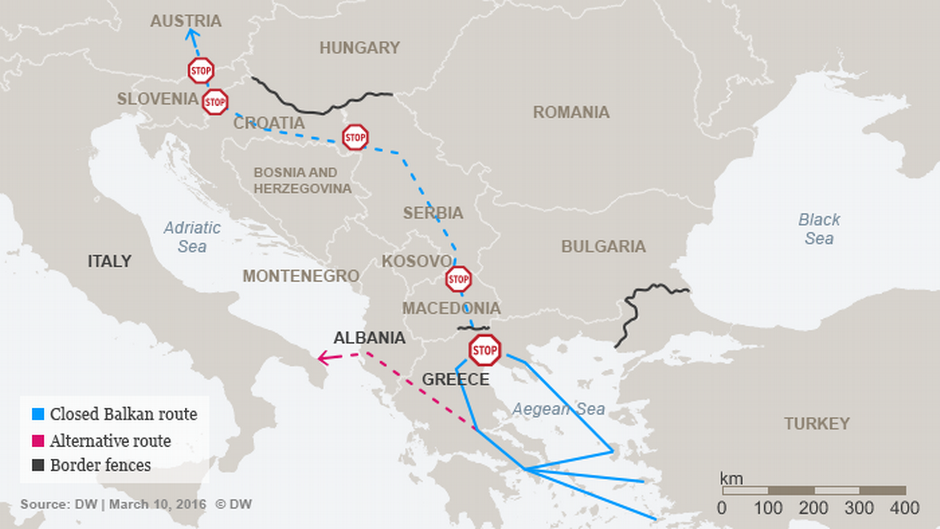 Volunteers banned from providing aid
Meanwhile, Bosnian authorities have banned the international aid group "Aid Brigade" from providing food to migrants and refugees at the main train station in Bosnia's capital Sarajevo, according to the website Klix.ba.
The volunteers reportedly also had to close the place where they were providing medical assistance to migrants. Since March 2018, Aid Brigade volunteers have prepared and distributed 120,000 meals to migrants and 600 jackets and sleeping bags.
The volunteers are accused of violating public order and aiding migrants and refugees in violation of the law, as well as volunteering with a tourist visa.