A thirteen-month-old baby recently drowned while crossing with her mother from Morocco to the Canary Islands in a wooden boat. The Spanish territories continue to draw migrants from Western Africa, costing thousands of lives.

"With her name, with her mother, with lots of love and with all respect. This is how we accompany the mother of Sephora, who lost her life trying to get to the Canary Islands in a ‘patera'. We will not forget her name, the date, nor the wish for a life in peace."

This was the farewell message posted in memory of baby Sephora Sahe, whose dead body was found by a jet-skier the day after a wave washed her overboard off Taurito Beach in Gran Canaria.

Sephora and her mother had been among a group of about 28 people trying to cross the roughly 100-kilometer stretch of water from the coast of Morocco. Most of the group made it to Gran Canaria, one of the closest of the eight islands in the Spanish archipelago.

Juan Carlos Lorenzo, the coordinator of the the non-profit Spanish Commission for Refugees (CEAR) in the Canaries, who attended the burial, says it was "a very emotional act, very respectful." 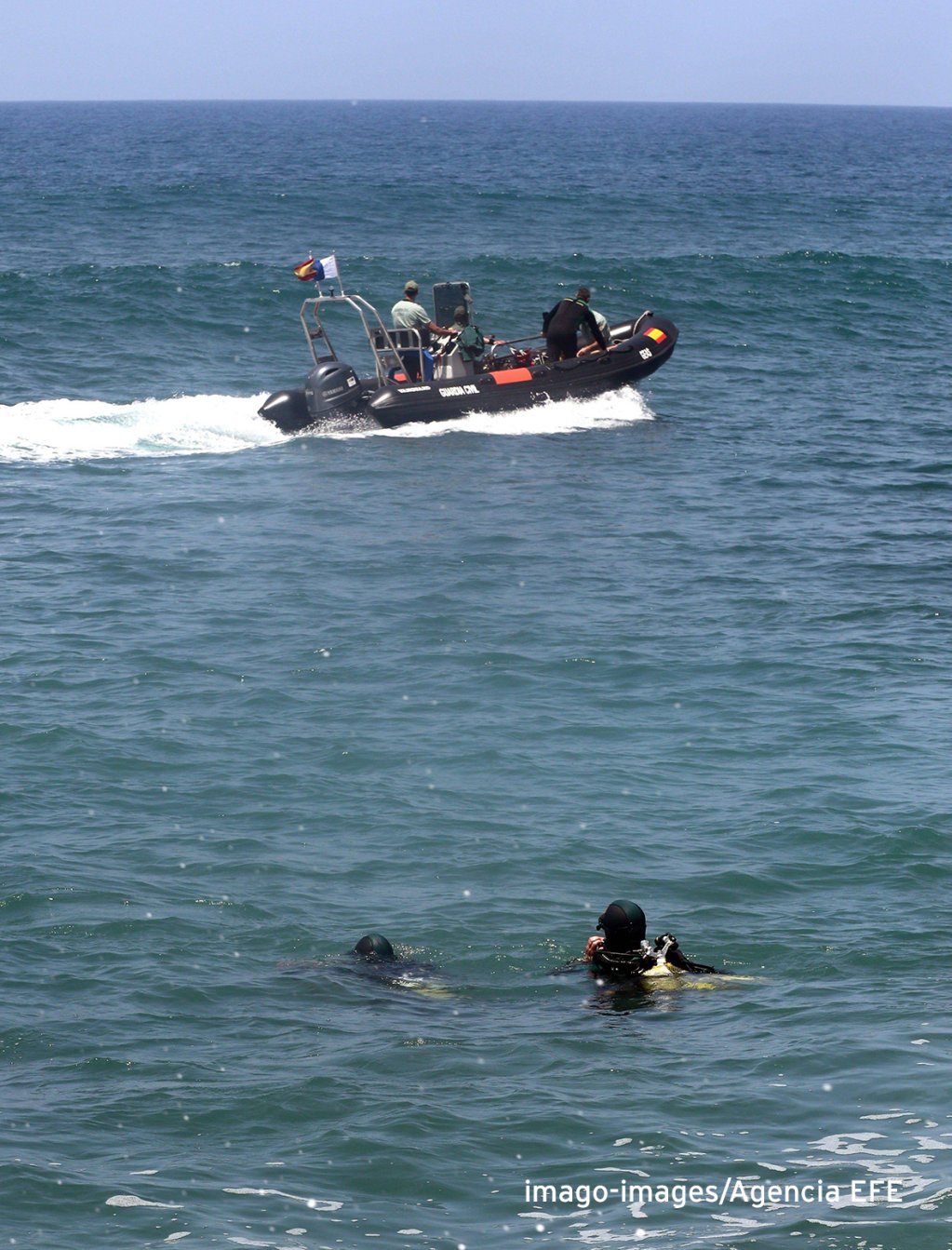 More migrants from West Africa have followed since this tragedy. At the beginning of June, 23 more people landed on Lanzarote in two separate boats. Two men, both Moroccans, needed immediate medical treatment, according to the local Red Cross. CEAR reported that two boats also arrived on Gran Canaria, but only three individuals had been located from those arrivals.

A quarter century of boats

The Spanish Canary Islands have been a magnet for migrants from Africa for decades. The first crossings were in 1994, when two young men from Western Sahara arrived in Fuerteventura in the same kind of boat that was used by Sephora and her mother. Over the next decade, more than 41,000 people, most of them Maghrebis, made the journey.

In 2005, the numbers started to increase rapidly - 4,715 people arrived that year. The following year saw 31,678 people, half of them Senegalese, making the crossing in pateras and cayucos, a type of fishing boat common in Senegal and Mauritania. A staggering 6,000 people died at sea in the attempt, according to the UN migration agency, IOM. "The cemeteries of the Canary Islands, especially in Fuerteventura, Lanzarote and Gran Canaria are full of tombs of nameless migrant castaways," according to Nicolas Castellano from the Spanish Radio Network, Cadena SER. 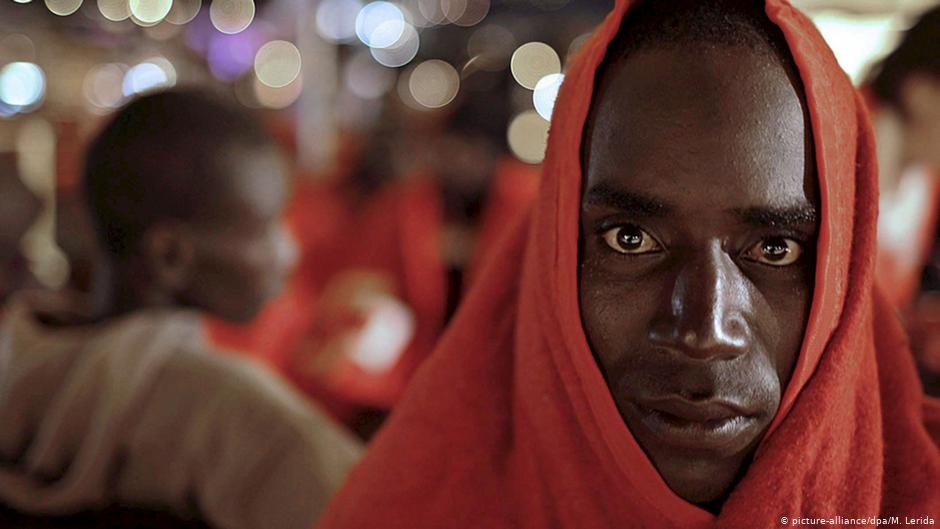 One of the thousands to risk their lives was Ali Ouattara, who had fled the civil war in Ivory Coast. He set out from Morocco with 37 others in a rickety cayuco with a second-hand motor and a novice skipper. "On the third day, the boat had leakages," he told the Spanish news agency EFE. "We almost lost hopes of getting out of there. When Maritime Rescue came, we were like a leaf floating on the sea," he said. "At that moment, I realized the risk we had taken."

A job, a future

Ouattara later became known as the father of Adou, who was found being smuggled in a suitcase through the border post in Ceuta, one of the two Spanish enclaves on the North Moroccan coast, in 2015. According to EFE, Ouattara had been refused permission to bring his son legally to the Canaries and resorted to smugglers in an effort to be reunited with him.

The reason Ouattara stepped into a flimsy cayuco in 2006 was what caused tens of thousands of others to risk their lives in the same way - the promise of work. At the time, Spain's economy was thriving, with an unemployment rate of just 9 percent. Africans could earn in two weeks what they would in a year in Mali or Guinea, according to the International Peace Institute (IPI). Ouattara told EFE, "You were talking to friends who were already in Spain and they told you they earned money to send home. This encourages you to risk everything."

Not all the migrants are fleeing poverty, however. Lorenzo says some have faced persecution because of race, religion, nationality, gender or sexual orientation, or political opinion. In 2018, around a quarter of requests for international protection, such as refugee status or subsidiary protection, were granted.

Faced with an unprecedented emergency, Spain struggled to cope. "The level of immigration to the Canary Islands ...far exceeded our capacity in terms of our available material and human resources," Vincente Manuel Zapata Hernandez from Universidad de La Laguna in Tenerife told the Christian Science Monitor. Migrant centers meant to hold 60 people were forced to accommodate more than twice as many, according to NGOs.

The way Spain tried to resolve the crisis was different from the approach the European Union has taken since 2015. It worked with the countries of origin and transit, like Mauritania and Senegal, to try to close the route. The Spanish Civil Guard sent patrols to the West African coast and invested in radar systems to intercept cayucos. Spain also increased development aid, signed trade deals and created employment programs for the African source countries. 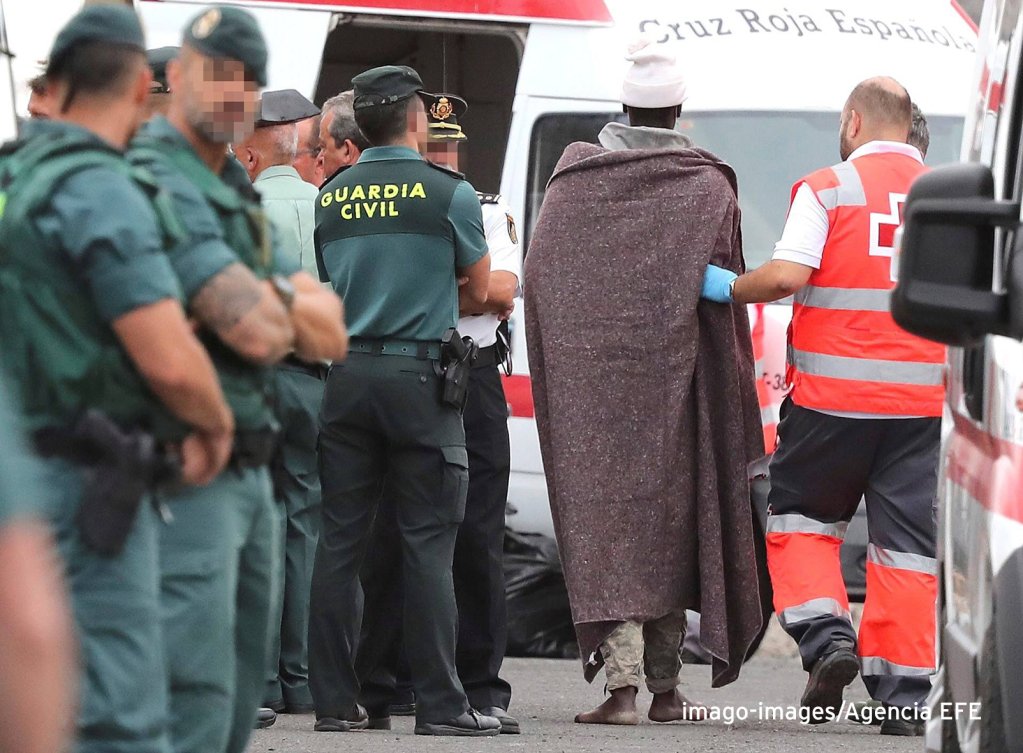 Some commentators, like Walter Kemp, the author of the IPI report, have suggested that there are lessons to be learned from the way Spain handled the huge number of migrants arriving in the Canaries in 2006. The move to "externalize" Spain's borders, for example, produced good results for the EU, Kemp says.

But not everyone believes Spain's response was appropriate. Lorenzo believes that preventing people from reaching Spain denied them the right to seek international protection. "No measure that has as its main objective to prevent people from reaching a safe country, that does not analyze the specific case of each individual... is a solution," he says.

Signs that the number of migrants risking the crossing from West Africa to the Canaries are again increasing have led to concerns about how Spain would handle another influx. As a Spanish Civil Guard official told EURACTIV, "We have not stopped irregular migration, we only have it controlled."

Crossings began to rise again in 2017 – that year 421 people arrived. In 2018, the number grew to 1,531. According to Spanish government figures, in the first five months of 2019, 397 migrants in 35 boats reached the islands’ shores. There is no data available on the number of departures, so it is impossible to know how many have died in the attempt.

Alieu Gaye, who was rescued last October off Guinea Bissau after his boat's engine failed, told Reuters that he had heard that land routes had become too dangerous to travel. "People are afraid to take the road. They prefer to take canoes to travel by the Atlantic Ocean," he said.

An attache at the Spanish Embassy in Dakar, Rafael Carballo Abeger, suggested that if the numbers keep rising, Spanish and Senegalese coast guard authorities, which are currently operating with two 100-feet boats, may struggle to cope. "The sea is very, very big," he said.

Juan Carlos Lorenzo describes the approach to migrants in the Canaries as "reactive and not proactive". "We have not developed enough forecasting capacity that allows us as a territory to adequately manage the migratory flows that we experience." Lorenzo says there needs to be greater cooperation between Spanish officials and non-governmental organizations if the rights of migrants are to be protected.