The Maridive 601, an Egyptian tugboat that rescued 75 migrants in international waters over one week ago, is still stranded off the Tunisian coast as Tunisian authorities refuse to let it dock.

The Egyptian tugboat Maridive 601 rescued the migrants off the southern Tunisian coast on May 31 after they embarked from Libya.

Sixty-four of the 75 migrants are Bangladeshi and at least 32 of those on board are minors and unaccompanied children, according to the International Organization for Migration.

The Maridive 601, which services oil platforms between Tunisia and Italy, picked up the migrants who were drifting in international waters near the Tunisian coast, and headed to the closest port of Zarzis in southern Tunisia.

"I request that the Tunisian authorities allow us to make an emergency entry to Zarzis port," appealed Faouz Samir, captain of the Maridive 601 shortly after the rescue.

Since then, the crew has not received entry permission. An official from the Tunisian interior ministry was quoted as saying Monday that „the migrants want to be taken in by a European country." The official did not want to be quoted by name.

Earlier last week, a Red Crescent team based in the southern Tunisian city of Zarzis delivered aid and medical care to the migrants, some of whom were ill, according to the Red Crescent.

They "urgently need water, food, clothes, blankets and above all medical assistance," the IOM added. According to AFP reports, the IOM added it was ready to help Tunisia provide for the migrants. 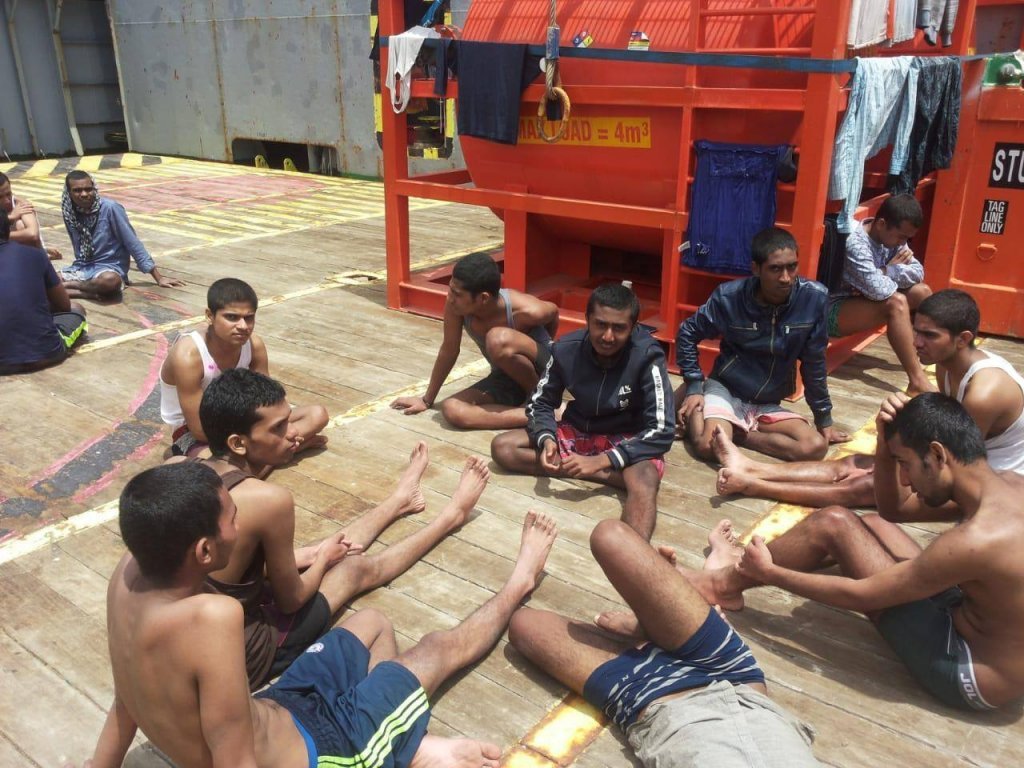 Mongi Slim, a Red Crescent official in southern Tunisia, told InfoMigrant last Thursday that cases of scabies were on the rise and that there were around thirty people affected. The second captain of the Maridive 601 added that the Red Crescent was not allowed to board the ship to provide scabies medication. Instead, the crew had to contact its chartering company, Shell Tunisia, which in turn delivered medication in addition to food, water, mattresses and blankets. "We're in telephone contact with the Red Crescent and they give us instructions on how to treat the migrants," the captain informed InfoMigrants.

Photos published online by the Tunisian Forum for Economic and Social Rights, an NGO, showed migrants lying on the deck of the boat, while sailors attempted to feed them. A video by the same NGO shows migrants shouting: "We don’t need food, we don’t want to stay here, we want to go to Europe."

Tunisia's central government and local authorities did not wish to comment to media requests.
"We understand the difficulties and the scale of the challenges that migration flows pose and we are working to support relief and assistance capacities," said Lorena Lando, the IOM's head of mission in Tunisia. "But we are worried by the increasingly restrictive policies adopted by several countries," Lando told AFP.

Last month, around 60 migrants, most from Bangladesh, drowned off the coast of Tunisia after leaving Libya on a boat bound for Europe.