A group in Berlin is helping migrant and refugee women to gain confidence and mobility, and save money, by teaching them to ride a bicycle.

Before Roqiya arrived in Germany, she wasn’t able to ride a bike. As a woman in Afghanistan, she was forbidden even to try. "They said it’s okay for a child but it’s not good for women," she explains.
When she saw women riding to work or with their children, Roqiya thought, "why not me too?"
Roqiya found out about #BIKEYGEES, a project specifically aimed at women like her in Berlin. With their help, she learned to ride a bike, and now she teaches others. 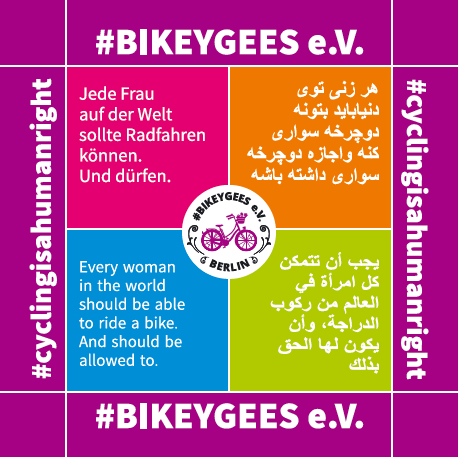 Selcan is another new German and a new cyclist. "The first time was terrible," she admits. "I held on so tightly I got cramps! I was completely exhausted, but I didn’t want to give up," she adds. "Then I practiced by myself, and managed to go 10, maybe 15 meters. I thought, ‘this is awesome. I can finally ride a bike.’ I was so proud."
Watch the video featuring Roqiya and Selcan here.
As well as helping women learn to ride a bike, #BIKEYGEES has also started organizing other activities, like bowling, table tennis, cooking and short day trips. "It’s basically about women being empowered and becoming independent," says Annette Krüger, one of the group's co-founders.
Since she started the group with the help of volunteers in 2015, Krüger has managed to get support from German's TV lottery fund, #BIKEYGEES now has an office and a handfull of paid staff. 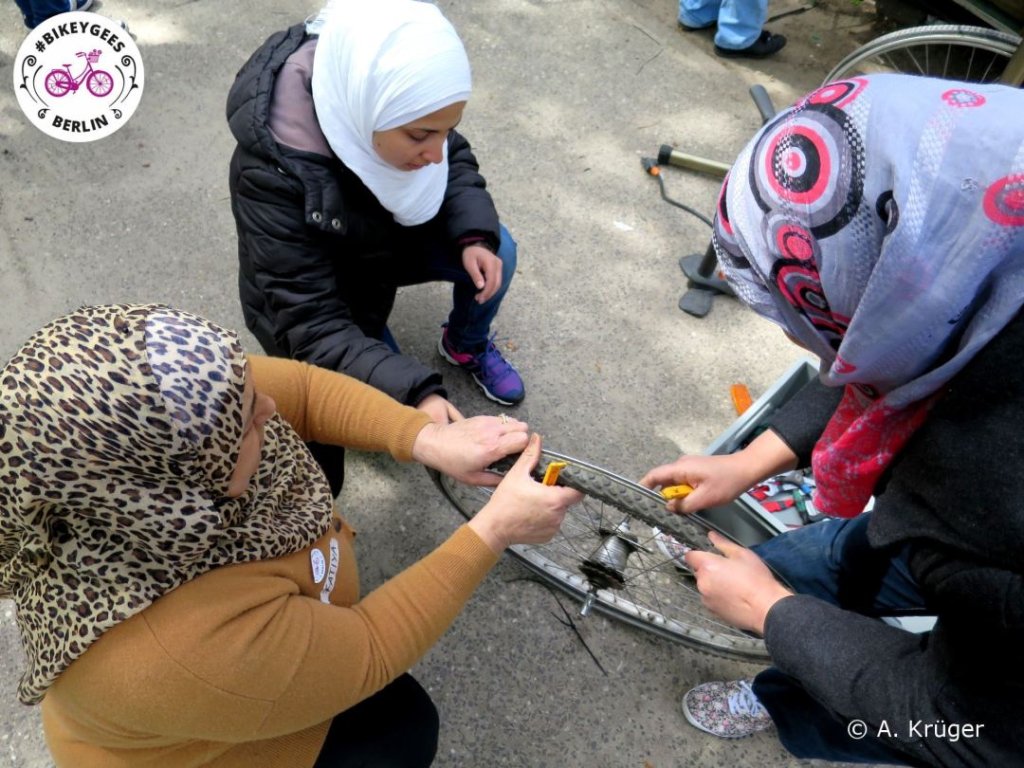 #BIKEYGEES e.V. is one of a number of similar initiatives to have sprung up in Europe in the past few years. Many of the others are not as large and very few are specifically for women. So far, 630 women and girls have learned to ride with the help of #BIKEYGEES staff and volunteers.
They’re not even deterred by the cold Berlin winters. Last November, when maximum temperatures were as low as one or two degrees, 80 women turned up wanting to take part.
Lessons at #BIKEYGEES are free and aimed at women and girls aged 14 and up. It’s open to all women, not just refugees, Krüger says. "We are finding now there are a lot of women here who are not refugees but women with an immigrant background who may have been born here but can’t ride a bike."
"Wherever you come from, with a headscarf or without, Muslim or non-Muslim, Afghanistan or France, you get this new feeling of freedom," says Selcan.
"With Bikeygees, everyone is equal," Roqiya says, smiling. "For me, that’s how it should be." 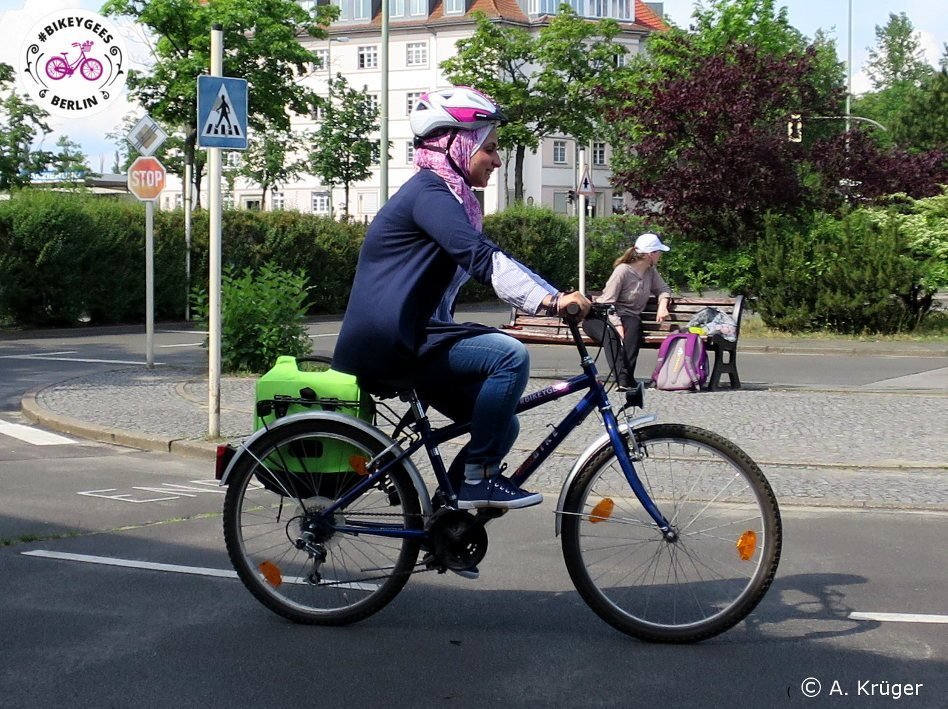 Getting in touch
If you are a woman in Berlin and are interested in learning to ride a bike, you can simply turn up to training at #BIKEYGEES. For times and dates, see the website http://bikeygees.org/en/
Rückenwind (tail wind) is another Berlin bicycles for refugees project where Berliners and refugees get together to repair bikes.
In the UK, The Bike Project matches up refugees without the means to travel around with the thousands of abandoned or unwanted bikes in London and beyond.
Welcome Wheels is a crowd-funded campaign in Norwich, UK, which aims to provide every refugee and newly-arrived asylum seeker in the city with a bicycle and cycle training.