Bishop Heinrich Bedford-Strohm, the head of the Council of Protestant Churches in Germany, has made a video appeal for the migrants currently aboard the German rescue organization’s boat Sea-Watch 3. He said that Europe should not stand by and watch and that help was needed immediately to solve the situation.

“This situation is unbearable,” said Bishop Heinrich Bedford-Strohm, leader of Germany’s Council of Protestant Churches (EKD), referring to the 43 migrants on board the German rescue boat Sea-Watch 3.

“It is against every value that Europe stands for,” he continued in a video posted on Sea Watch’s Twitter account on Monday, June 17. "I’m appealing to Germany’s politicians to resolve this situation immediately.”

The bishop’s appeal comes after around 60 towns in Germany said that they would be ready to help receive some, or all, of those aboard the Sea-Watch 3. In Germany however, permission is needed from the federal interior ministry before local towns and regions can accept migrants, refugees or asylum seekers.

One of those towns that have offered to take in migrants is Rottenburg on the Neckar river in the south-western state of Baden Württemburg. The mayor of this town, Stephan Neher from the conservative CDU party, stated in a local paper the “Schwarzwälder Bote” (Black Forest Messenger) that he would be ready to send a bus to pick the migrants up from Italy so that they had “the chance to apply for asylum in Germany.”

Prepared to step up

Neher added “when you really mean it, you have to be prepared to step up and offer something. That’s why I am ready to call up a bus company in my town and send a bus to Italy to pick those people up.” Neher said that for him, it was a question of “solidarity, especially for Italy so that it didn’t feel that it had been left alone. But also for the migrants and asylum-seekers themselves who could be given the chance to start their asylum process in Germany.”

According to the Schwarzwälder Bote, the Interior Ministry said it would be ready to talk about this with various towns which have offered help.

Bedford-Strohm hopes that the politicians will sort the situation quickly and “not leave these refugees, who have already been through such awful things, languish at sea and not be allowed to land.” He concluded, “it needs to be negotiated, and quickly!” 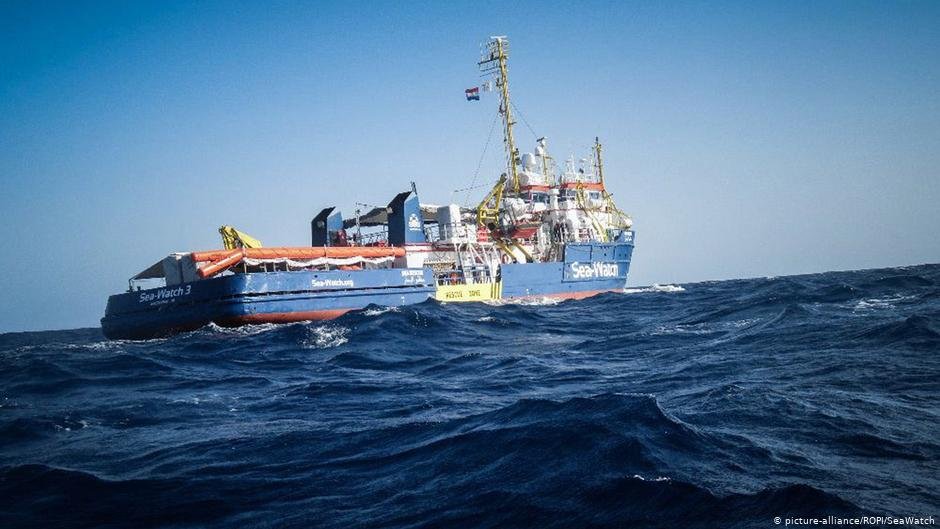 At the beginning of June, Bedford-Strohm visited the Sea-Watch 3 boat in a port in Sicily. The EKD also posted a video under the hashtag #Palermoappeal calling on the whole of Europe to “stop the deaths in the Mediterranean.” In the video, Sea-Watch 3’s captain Arturo Centore states that “saving lives at sea must remain a public responsibility.” Instead, he says “we are left alone and we are criminalized for saving people.”

One of the German Green party leaders, Robert Habeck, comes on next,  repeating what Bedford-Strohm says, that leaving people to die in the Mediterranean is “unbearable.” Habeck makes an appeal that the people who are trying to save lives should not be classed as criminals. Ruprecht Polenz, a former general secretary of the CDU, joins the appeal too, calling the criminalization of rescuers in the Mediterranean a “scandal.”

‘Do something now! Don’t look away’

Ruben Neugebauer from Sea-Watch asks Europe “if it wants to sit by and watch whilst the Mediterranean remains one of the deadliest borders on earth?” He calls on people across the continent to “do something about this! And not look away.”

The Archbishop from the Swedish Church, Antje Jackelén speaks too in the video. She hopes that if Europeans stand together they can avoid losing the values of solidarity and hope. She cautions Europe that “we can never maintain our dignity when looking the other way while people are drowning in the Mediterranean.” 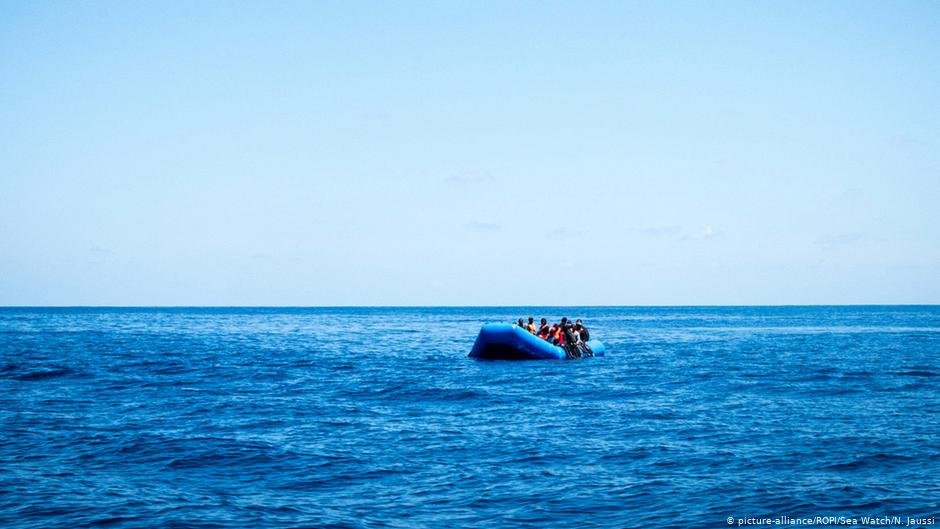 Annette Kurschus, leader of the Westfalen branch of the Evangelical Church said that “with every person drowining [in the Mediterranean] a little bit of Europe’s dignity dies with them.”

Many of those speaking in the video want politicians to sort the situation out with new policy proposals. Polenz from the CDU calls for a migration and refugee policy which “helps people,” so that they don’t have to attempt the Mediterranean crossing in the first place.

The city of Cologne’s mayor Henriette Reker says that the politicians need to come up with some quick solutions and “a proper mechanism which shares out [those rescued] across countries and cities. Lots of cities and towns in Europe want to help, including Cologne. Let’s start seeing things realistically,” she entreats.

“Don’t give up,” says Bedford-Strohm, convinced that Europe can find the kind of solution that Reker proposes.

“We must start now, to end this tragedy,” concludes Centore, Sea-Watch 3’s captain. “We must join together to guarantee solidarity, kindness and to protect human rights of those in need, our fellow humans.”

On June 15, Italian Interior Minister and Deputy Prime Minister Matteo Salvini posted on Twiter that he had signed a ban on Sea-Watch 3 entering Italian waters. Declaring he was putting a “stop to those who are complicit in smuggling and human trafficking.”

He has also threatened to fine rescue ships that dock in Italy without permission up to 50,000 euros. Over the weekend, however, while Salvini was on a state visit in the U.S., the Italian authorities let ten of the most vulnerable of the group of 53 migrants aboard the Sea-Watch disembark.