Sara’s story: 'Tomorrow will be a better day'

Sara Sharfaldeen was a journalist in Sudan. She lived in a luxury apartment block, had a driver and a live-in housekeeper and was the political editor of a newspaper. Her work placed her under scrutiny from the government and she felt forced to flee in 2015 arriving in the UK by plane.

“Things are much better than the first year,” says Sara, not sounding completely convinced. After arriving in the UK, she has had a mix of positive and negative experiences. Some people shouted at her at the airport, others were very kind. She spent the first few months in a hostel for asylum seekers in Wakefield in the north of England before moving to Halifax, also in the north, for a couple more. Then she came to Bristol, where there is a small Sudanese community, and she has begun to make a home for herself.

“Now I’m studying, I’m doing voluntary work, I’m working. I have a few friends from different nationalities. However, as a refugee, you never feel completely settled. Things can happen and it feels like you have to constantly start over again,” she explains quietly. 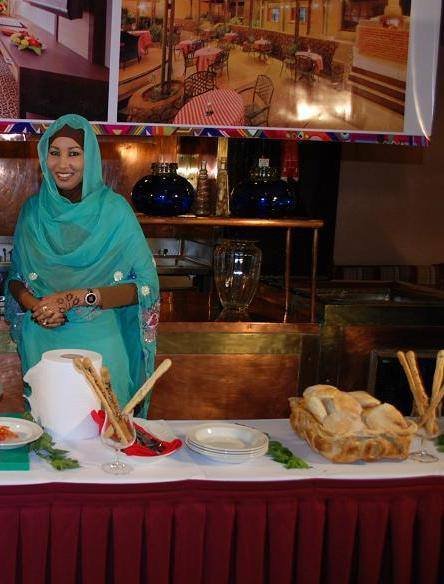 Coming to the UK was a shock for Sara. She never wanted to leave her country. She lived for a few years in Saudi Arabia as a child, her parents were teachers she says, and “that wasn’t a very positive experience,” because she didn’t like feeling like a foreigner in someone else’s country.

Later in Sudan, her job made her a target for the government. “We don’t really have a free press in Sudan,” Sara says. She was forced to flee.

“When I arrived in the UK I had no idea about what would happen.” After four years in the UK, Sara says that she still feels “foreign.” “We grew up with a very different culture,” she states. “But on the other hand I am very grateful to all the people who have helped me, given me contacts and provided me the opportunity to start again.” Sara tries hard to see the positive in situations, rather than the negative.

Nevertheless, starting over has been hard. “No one believes that I was a famous journalist, I had work, a flat and my dignity,” she says. The reactions from some people in the UK have been hurtful she says, people who have preconceived conceptions of what refugees from Africa must be fleeing and why they are in the UK.

“They think we are all fleeing for economic reasons. They think we don’t have streets, or buildings or electric,” she states flatly. “They don’t believe me when I tell them that I flew here with my laptop and my iphone and I didn’t need to buy anything here!” She laughs ironically. “I find this a little bit challenging,” she concludes. Some people have told her how “lucky” refugees are to be in the UK. Sara says she finds this “a little bit rude.” 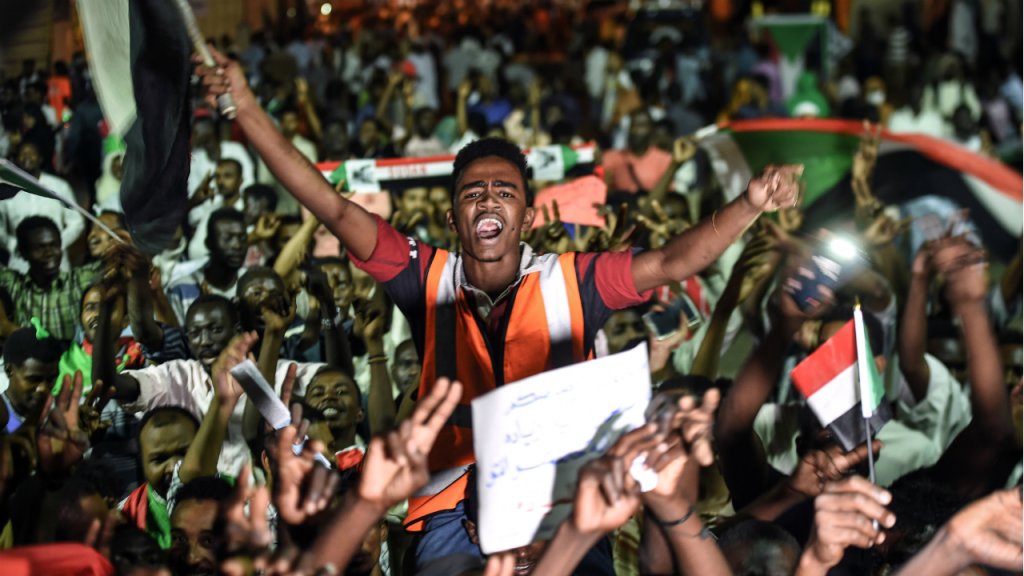 Sara went from being driven around the best addresses in Khartoum to traveling to work by bus in Bristol. She was working as an editor and author, today she is a customer service representative in retail, “because I didn’t want to be dependent on job-seekers allowance and benefits.”

In Khartoum she lived in a luxury apartment, in the UK she had to share a room with a stranger in a hostel, she now rents a room from a lady in Bristol. “There is no more money for the luxury things in life,” she says matter-of-factly.

Before, Sara would get massages in salons, go to the gym, shopping, watch TV and spend hours reading books. Now she has to work for 6-8 hours in order to be able to even afford a massage or eat in a restaurant. There is barely any time for just reading in her new life.

'You are on your own'

In Sudan, her friends were fellow journalists, authors, actresses, singers, people who had been to university. “I have a degree in English and media in Sudan. I started my Masters in English in Sudan, but I couldn’t finish the rest because I had to move.” In the UK she says it has been hard to find the kinds of friends she had at home. Most other female refugees are busy with their children, they don’t always have jobs, she thinks. Sara arrived in the UK alone. 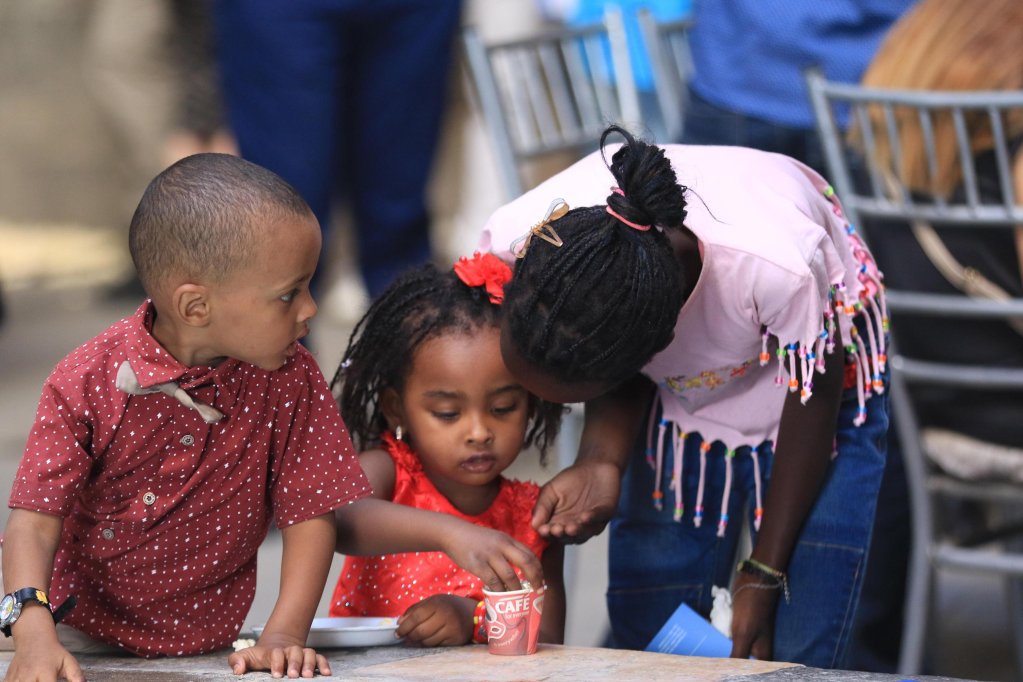 Sara is the author of two books as well as being a journalist. She is working on her third book about her experiences in the UK. “It will be called ‘Candle Under a Dark Sun’,” she explains: The candle represents those who helped me and shone a light, the dark sun is the sun that the regime in Sudan has placed across the land. The sun was black when she arrived in the UK too, struggling to integrate, she says, adding that it is important to focus on the candle and the light.

Sara was born in 1982 and was editing the politics and society section of a newspaper. “Now the world can see why journalists are struggling in Sudan,” she says, referring to the revolution. “We don’t have any freedom to write our opinion, even on social media, Facebook or Twitter, without being under arrest, or missing, or losing your job. Journalists in Sudan are facing all these challenges.”

Sara herself, in fact, lost her job. It happened after she had gone to Egypt with her father who was ill with cancer. When she returned, she was removed from her position. “My last novel is a ‘Scandal of Silence’ and I wrote about mental health and youth and how the government treated us. We are unemployed and there are different types of pressure. It is impossible to write that kind of thing in Sudan.” 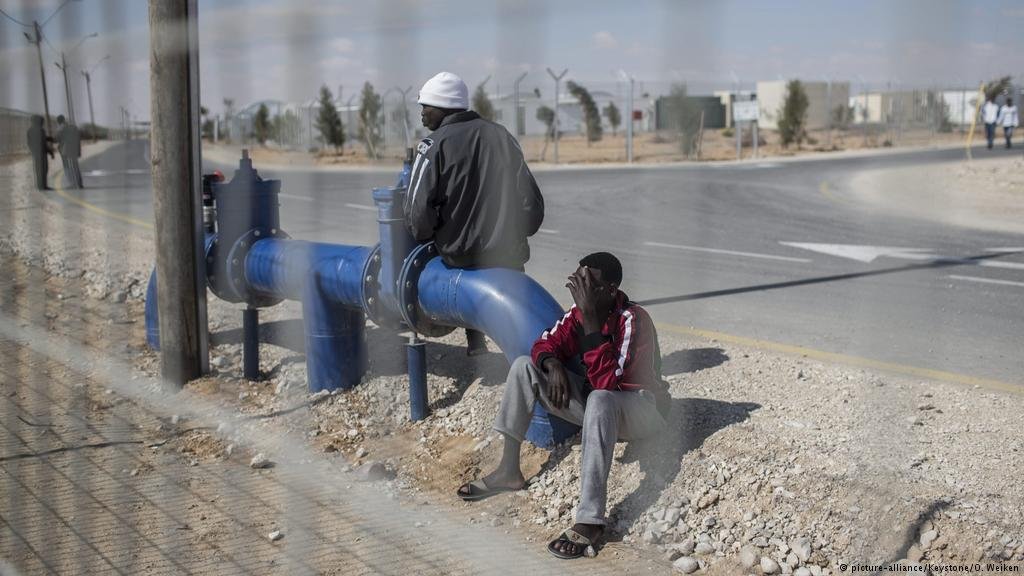 The biggest fear of the government was that the people would rise up, says Sara and now they really have. “I am so glad,” she says, observing the events from abroad. “This revolution is not going to end before we get a civil government,” she predicts. But the situation has become so bad that she can’t go back to her own country and she’s even scared to go to neighboring Egypt.

“They are writing really bad things about me now,” she says. “Any journalist can be a target. They ended my contract for no reason, just because I am the head journalist for the social and political section in a newspaper and we used to reflect the poverty and negative stories in the community. The government didn’t like that.”

After having her contract terminated, Sara found it impossible to get another newspaper to employ her. She says her books were removed from the bookshops too and she can’t sell any copies.

“I am trying [to work in a newspaper again]. I am an educated person. It is so frustrating. I have all this experience in my country and I can’t find any opportunity in this country. Even voluntary work is difficult. I apply but often I get no response." Sometimes she works as a freelance Arabic interpreter but that is not her real career. “I feel like a person inside a bottle, I can see the world but I can’t speak or listen,” she says poetically. 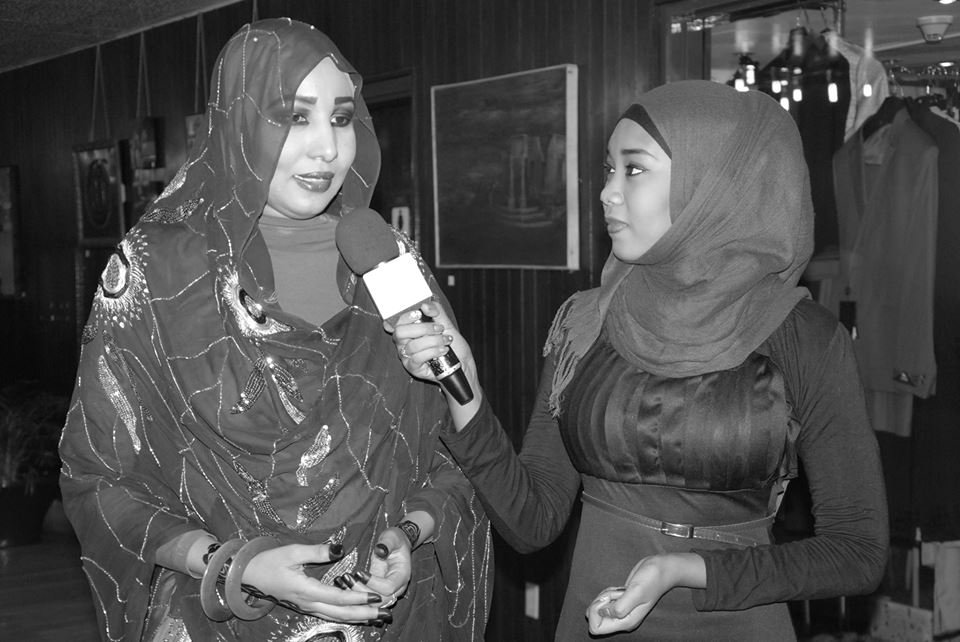 “I’m still trying to find opportunities,” Sara says optimistically. “At some point, you find yourself working alone, writing alone and you have to carry on, on your journey alone, then you discover that you are the only one who can help yourself.”

Last week, Sara was talking about inclusion at the Bristol refugee festival in conjunction with the IOM. She thinks it is important to highlight the positives as it is so easy for refugees to become depressed and suffer from mental health problems. Sara avoids those pitfalls through her volunteering. “It is up to you to take the positive things out of life,” she says.

Sara is now a "Brownie leader" (a guide for 7-10-year-old girls) with the Girl Guides scouts organization, which she enjoys very much. She volunteered in other places too, but since she started working in retail, she has had to stop volunteering quite as much. Her retail work has put her "inside the community. I meet a lot of different customers; I have good colleagues and a good contact with the manager. Sometimes I run the shop floor and play a supervisory role.” 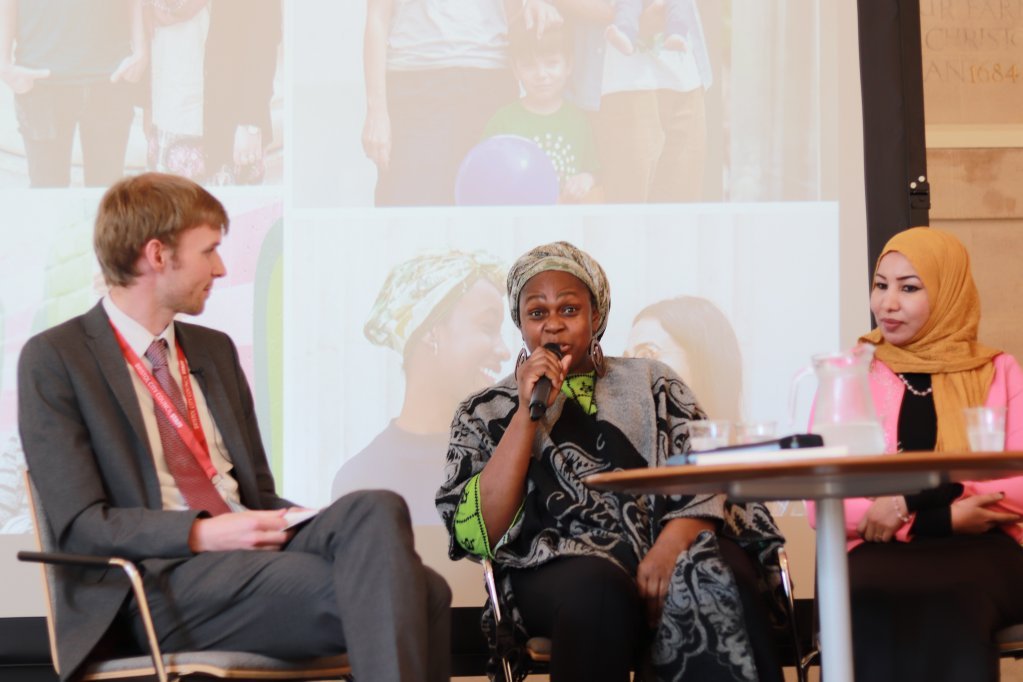 Many of the people she has met have helped her along the way. Her main focus is making sure that she holds on to those positive experiences and never gives up. “All my life, I had a good life and at the beginning [in the UK] I struggled badly.”

Helping fellow asylum seekers and putting her English skills to good use helped Sara feel integrated. Even in the hostel, she set herself to work cleaning and tidying the kitchen and that kept her spirits up. She couldn’t bear to not do anything there. Most of the other Sudanese people in the hostels didn’t speak any English so she worked as an interpreter with the lawyers and medical staff. That helped her stop feeling frustrated.

Learning to drive has been a “good adventure” for Sara, despite the fact that she misses sitting in the back and letting her mind wander. “Now I have to concentrate and keep checking where I am going,” she laughs but nevertheless she will call driving a positive experience, perhaps because she learned something new. She can’t say if she will stay in the UK or not. The next step will be to get permanent leave to remain and then apply for citizenship. How things will go in Sudan is hard to tell, she thinks. “Perhaps we will know more next year,” she says cautiously. “Things are getting worse in Sudan. I write a lot and I share videos and I am so angry about what has happened,” says Sara.

“I miss my family and my whole life." Sara hasn't seen her brothers and sisters since 2015. “If someone told me my story about someone else I would feel so sorry for them,” laughs Sara bitterly, “but I find myself in the middle of this and I have to accept it.” In fact, Sara seems to be doing more than that. She thinks that despite the hard times, the experience has made her stronger.

“I can say I am a very different person nowadays. Lots of horrible things have happened and I am here alone. But I am stronger now and I know more about life. I said to my Mum one day: 'before I just lived through the characters [in my books] but I didn’t really know what real life was. Now I can understand that life can go upside down, you can find yourself in a horrible situation, and you have to be strong. You have to be a fighter to survive.'” Sometimes Sara surprises herself and wonders where she gets her energy from. Then she looks around the community and sees so many people unable to get up when they have been kicked and she doesn’t want to end up like them.

“If I have a bad day, I will start looking for new opportunities. I try and see the positive before I fall in a dark hollow. That doesn’t mean that I don’t sometimes spend the night crying, that has happened a lot, but I am always trying to find a solution and thinking that tomorrow will be a better day.”