Germany has one of the highest numbers of refugees of any country worldwide, according to the UNHCR. But relative to the size of its population and economy, the figures for Germany tell a somewhat different story.

The UN’s new ‘Global Trends’ report, released on Wednesday, shows that at the end of 2018, there were 1.06 million refugees in Germany. Only four countries worldwide have more refugees – Turkey, Pakistan, Uganda, and Sudan. Of the top ten refugee host countries, Germany is the only western industrialized nation.

The number of refugees worldwide, not counting internally displaced people and asylum seekers, is estimated at 25.9 million.

Speaking in Berlin, Grandi said the German government was investing in integration, while at the same time tackling a 4-year-backlog of asylum claims.

He said Germany had proved that the myth of the allegedly unmanageable refugee crisis is wrong: “Germany is a model which other countries should follow.”

Germany has moved well up in the ranking since 2014, when large numbers of Syrians fleeing the civil war had not yet begun to seek protection in Europe. Then, Germany had fewer than 217,000 recognized refugees, according to UNHCR figures, putting it at number 18 on the list of host countries, behind France. 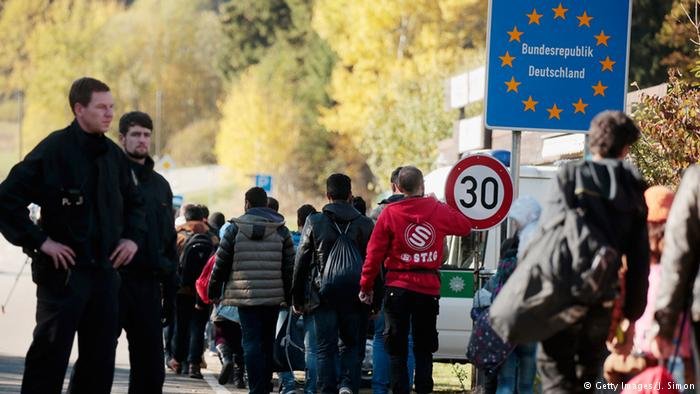 However, when the figures are considered relative to population size, Germany compares less favorably. Here, just over one person in every hundred is a refugee, or 1.3 percent. In Sweden, 2.5 percent are refugees, and in Lebanon, refugees are around sixteen percent of the population.

Relative to its economy, Germany, like several other wealthy countries, hosts few refugees. Taking into account GDP –the nation’s overall economic activity – the number of refugees in Germany puts it at number 58, with other industrialized countries like France, the Netherlands and the United States even further down the scale.

Poor countries, including South Sudan, Uganda and Chad have the most refugees relative to their GDP. In fact, according to the UNHCR, developed countries host only 16 percent of refugees worldwide.

Drop in asylum claims in Germany

In 2018, the number of people claiming asylum in Germany continued to decline. However, relative to other countries, Germany is still among the nations receiving the most applications, with 161,900 last year – more than any other European country and third worldwide, behind the USA and Peru.

Some of the statistics in this article are taken from Die Welt: “Die Folgen der Flüchtlingskrise (Consequences of the refugee crisis)”, by Flora Wisdorff