In the past few months, smugglers seem to have established a new clandestine route to bring African migrants to Europe. An increasing number of Cameroonians now find themselves 'trapped' in Cyprus after being sold a 'smuggle package' to Italy. Although Syrians still top the list of asylum seekers in Cyprus, Cameroonians are quickly catching up, and a growing number of other Africans are joining them. InfoMigrants went to Nicosia to investigate.

Thierry is a father of three and comes from Cameroon. Last year, he spent his life savings on a plane ticket to Europe, in the hope of securing a better future for both himself and his family.

"I left Douala and my first stop was Istanbul. From there, I took another flight, thinking I was going to Italy because it was part of the 'package' that I'd bought," said Thierry.

But instead of landing at his aspired destination, Thierry found himself in northern Cyprus, which has been occupied by Turkey since the 1970s. To get to the southern part of the island, which is the European side, Thierry’s smuggler told him he needed to get him fake documents and then arrange for him to be brought over the border.

"He asked me for another €400 to do this, but I didn’t have any money left. So for six months I had to work on the Turkish side [of the island], in the construction and carpentry business, to be able to pay for it," said Thierry.

Thierry says he worked 12-hour, 14-hour and even 16-hour days for a pitiful salary of just 40 Turkish lira per day, the equivalent of a little bit less than €6, in order to come up with the money. "The living conditions were horrible. I thought I’d never get out of that hell, but I finally managed to make the crossing."

Thierry has now lived in Cyprus for more than nine months. "As soon as I made it to the European side of Cyprus, I applied for asylum but I still haven’t been called for an interview. Some have to wait for over a year, and no one tells us anything."

He works odd jobs in order to survive and to pay for the room he shares with a friend; undeclared of course. "The rent is €350. Every month I struggle to make up for my share. The government is supposed to help us with a monthly €100 check for the rent, but I’ve only received one in the nine months I’ve been here. There are a lot of administrative delays here," he says.

Thierry is just one of the many Cameroonians who, in the past few months, have ended up in Cyprus after having been tricked by smugglers. Federico, who works as a manager for a charity-run day center for migrants in Nicosia, confirms that it seems to have become a trend. The center is located right on the border with Turkey and has been fitted inside a Catholic church.

"Almost all of the migrants have made it here by crossing the border in the north. At the moment, around 70 percent of the people that come here are Cameroonians, of which the majority are French-speaking," said Federico.

'When we show them where they are on a map, many of them start to cry'

"In general, the smugglers promise to bring them to Italy, and sometimes to Spain or to Greece. So when they arrive here, and we show them where they are on a map, many of them start to cry. They’re desperate and don’t understand," Federico says. "From there, our role is to guide them in their asylum-seeking processes, but many of them don’t want to stay here. While it's fairly easy for them to make it to Cyprus, they quickly understand that it's very difficult to get out of here. They feel trapped on this island that they don’t know, that they haven't chosen, and which isn’t always very welcoming towards them."

"I’ve thought a lot about swimming to Greece," Thierry says. "But I gave up on the idea because it’s way too dangerous."

Little by little, the young Cameroonian says he is letting go of his initial dream, which was to reach France, and that he will instead try to make his life in Cyprus. "I think migrants can have a future here, even if it wasn’t our choice to come here, on the condition that the government lets us work, because at the moment that is really a huge challenge. Us Africans don’t demand big salaries, we’re very thrifty and we know how to get by the little we have. We just need a little bit of respect because we contribute to the country’s economy too, just like everyone else."

In 2018, one in every two Cameroonians was granted asylum or subsidiary protection by the Cypriot authorities. Trailing only Syrians, Cameroonians have the lowest rejection rate on their Cyprus asylum applications, a recent report by Asylum Information Database (AIDA) shows, and which was made available to InfoMigrants by the Cyprus Refugee Council (CyRC).

Local NGOs say smugglers have identified this opportunity and are now looking for ways to capitalize on this new Cameroonian migrant route. Meanwhile, Cypriot authorities are struggling to keep up with the growing number of asylum applications that are being filed on the island of 850,000 and which in the past three years has experienced an influx of migrants. According to the report compiled by AIDA, 25 of the 507 Cameroonians who applied for asylum last year, 25 were granted refugee status, two were given subsidiary protection, and 30 of them were rejected. The remaining 450 migrants are still waiting for a decision.

'Guinea, DR Congo or Nigeria…the number of African migrants will increase this year'

Although Cameroon currently tops the list of African asylum seekers in Cyprus, the CyRC expects other African countries to catch up in the near future. "We’re seeing more and more people from DR Congo, Guinea, Nigeria and Ivory Coast," said Memnon, a legal advisor at CyRC.

Linda, from Conakry in Guinea, is one of them. She arrived in Nicosia a few days ago, after living through a harrowing journey on the migrant route. "I fled because my brothers beat me. They wanted to marry me off to a man by force," the 23-year-old recounts.

At first she went to Mali, then Algeria and then Libya. "When I arrived in Libya, the smuggler wanted to rape me. A friend who I was travelling with helped me leave the country as soon as possible. I got on the first boat I could find and arrived in the northern part of Cyprus," the young woman, who struggles to recount her experience, recalls. 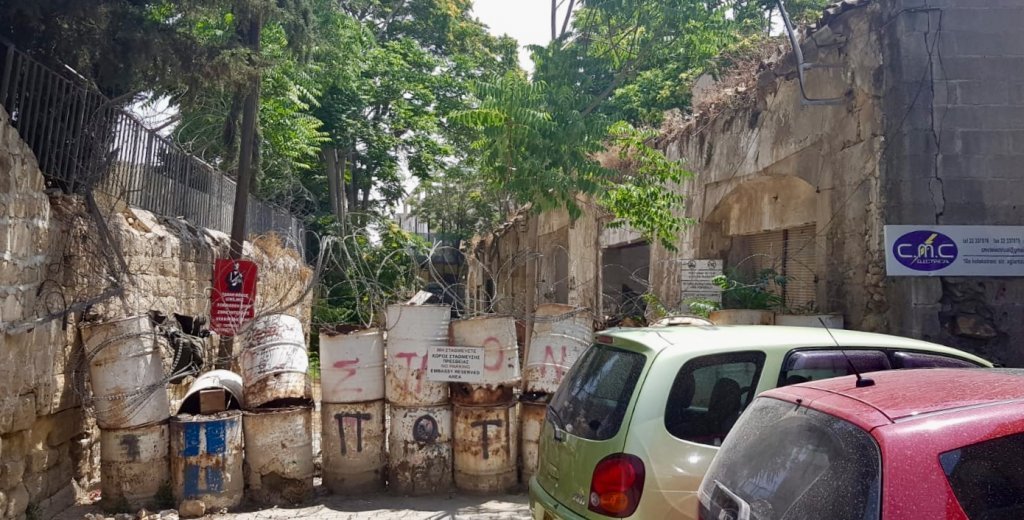 "The [sea] crossing was very long, I don’t even know how long it took us because I lost all sense of time, I was too afraid…" Linda was unable to continue speaking about the crossing.

Once she reached Turkish soil, she says the smuggler made her believe that she would soon be in Italy. "After a few days spent holed up in a house, a man came and picked me up one night and drove me to the south of the island. He told me: 'There you go, you’re in Europe now.' Cyprus? I didn’t even know what Cyprus was, I couldn’t believe it."

According to several NGOs, these type of accounts are becoming more and more common. With the high number of asylum applications that still haven’t been processed, long with new migrant arrivals, "it’s for sure that the number of migrants, especially Africans, will continue to increase this year," Memnon says. "With the border with Turkey, Cyprus is leaky as a sieve. Cyprus really has a unique problem in Europe and it’s a real challenge – as much as for the government as for the NGOs. Everything remains to be done."

*The name has been changed.