Asylum figures in the EU down to pre-2015 levels

The European Union’s statistical office, Eurostat and the European Asylum Support Office EASO have released their latest figures on asylum for 2018. Overall, the total number of asylum applicants decreased by over 50 percent compared to figures from 2015. Germany welcomed the greatest number of asylum seekers, followed by France, then Greece, Spain and Italy.

Although the number of refugees and displaced people rose globally in 2018, the numbers of those seeking asylum in Europe has dropped compared to the previous three years. Across the 28 countries of the EU, according to EASO's "Annual Report on the Situation of Asylum in the EU 2018", 646,060 people applied for asylum. That is compared to 712,235 in 2017 and over 1 million in both 2015 and 2016.

Out of the countries which have tried to form a block against quotas for sharing asylum seekers across countries, Poland took in 4,110, the Czech Republic 1,690 and Hungary just 690. 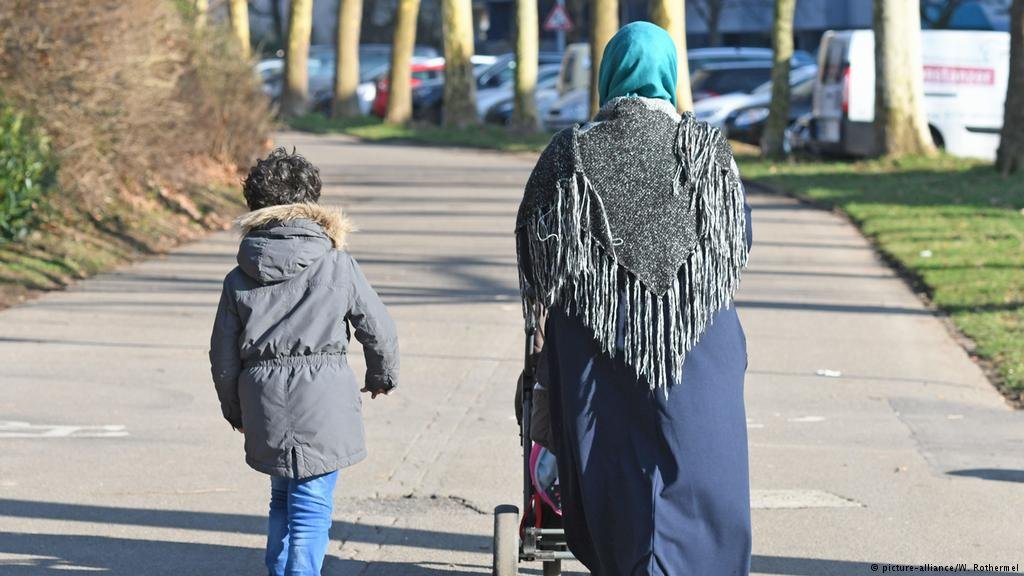 A breakdown of the numbers

Overall, the ratio of asylum seekers in terms of sex was roughly two-thirds male to one-third female. In Germany out of 184,180 of the total applicants, 77,335 were female.

Those aged over 65 represented a tiny proportion of the total number of asylum seekers, just 2,720 across the whole bloc, and 540 of those in Germany. In this age category, Germany did not top the list, that position was taken by France with 660 asylum seekers aged 65 and over.

In terms of the countries of origin, 39,760 asylum-seekers came from Syria. 23,400 of those went to Germany. Only Latvia and Estonia didn’t receive any Syrian asylum seekers in 2018. 12,290 came from Afghanistan in 2018. Germany received the highest proportion of those at 4,430, closely followed by Greece who had 4,065. Italy and Spain, by comparison, had just 50 and 30 asylum seekers from Afghanistan in 2018. People coming from Iran made up 9,520 of the total asylum-seekers across the EU bloc. Germany took more than half of those at 4805 with the United Kingdom taking the second highest proportion at 1160.

Eritreans accounted for 5,470 of the total number of asylum-seekers in 2018, with Germany taking 2,370 of those. Somalians were close behind on 4,635 across the block, again the largest share went to Germany with 2,210 Somalians seeking asylum across Germany.

A slightly greater number came from the Democratic Republic of Congo (DRC) to seek asylum in Europe, 3,630; here the majority of asylum seekers went to France which accounted for 2,140 of the total.

In terms of the UNHCR global trends, the countries which account for the most number of refugees worldwide are still Syria, Afghanistan, South Sudan, Myanmar and Somalia. Apart from Syria, relatively few of those refugees are seeking asylum in Europe. For example, just 70 people from Myanmar sought asylum in Europe, 30 of those were in Germany, and 20 in the Netherlands. The rest were shared across Denmark, Sweden and the UK.

In 2018, according to the UNHCR, four million people fled Venezuela. Venezuelans made more requests for asylum than any other country. In the EU 11,735 Venezuelans requested asylum. The vast majority of 9,985 of those people sought asylum in Spain. 775 of them went to Italy and 295 of them to France and 225 to Belgium. Just 185 came to Germany.

EU countries granted protection to almost 333,400 of those who sought asylum, so just over half. This figure too was down by almost 40 percent compared to 2017. Almost a third of those granted protection came from Syria, followed by Afghanistan and then Iraq.

The statistics also began to look at the first half of 2019. They found that more than 24,000 have risked their lives at sea, trying to cross to Europe. At least 550 are feared to have drowned. In 2018, according to the EU reporter, 471,155 people were denied entry at the EU’s external borders.

The EU Parliament is set to call for more budget funding to deal with the asylum seekers in Europe in the next round of budget negotiations for the EU budget post-2020.