A group of lawyers providing legal assistance to asylum seekers on the Greek island of Lesbos has been awarded this year's peace prize by the international Catholic organization, Pax Christi. Most of the lawyers are volunteers trying to help thousands of people who have nowhere else to turn.

It has been called "inhumane", "hell on earth," and compared to a Nazi concentration camp. In the Moria Reception and Identification Center on the Greek island of Lesbos, thousands of asylum seekers – families, children and single adults – are forced to live in overcrowded and squalid conditions while they wait for their asylum claims to be decided. Greek authorities began moving migrants to the mainland late last year to try to ease the congestion, but by the end of 2018, Moria was still at twice its capacity.

More people continue to arrive – just this week, an average of 134 asylum seekers per day made the crossing from Turkey, with over half of them landing on Lesbos. There are now at least 17,000 refugees and migrants on the Aegean islands, about a third of whom are children.

As well as needing immediate basic care, like food, clothing and shelter, the asylum seekers arriving on the islands need experienced lawyers who can advise and guide them through the legal process of applying for protection. But in the so-called "hotspots" in Greece, nearly everything is a struggle, including access to a lawyer. Currently in Moria itself there are no more than 15 lawyers – nearly all volunteers working with non-government organizations – for around 7,000 asylum seekers. 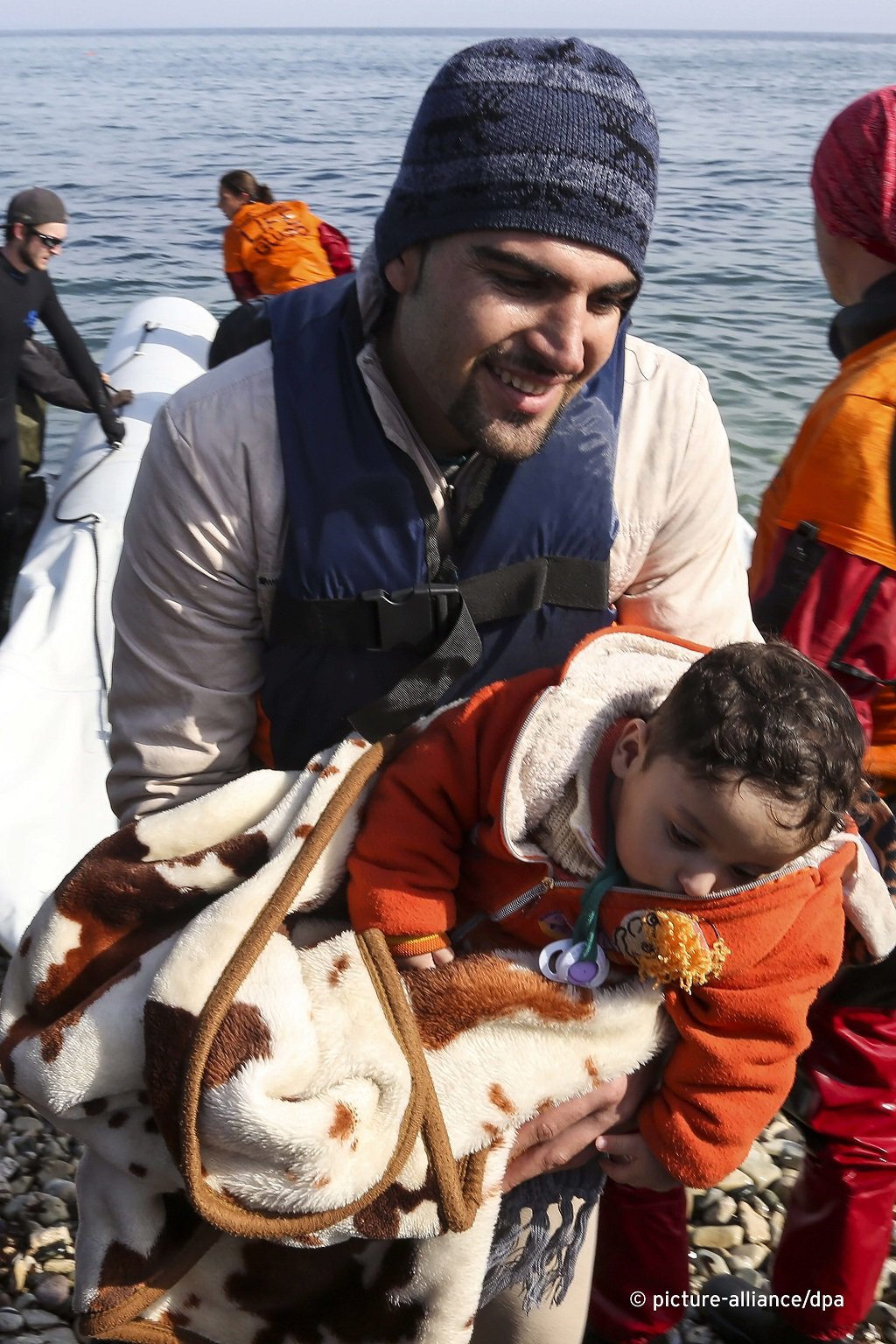 On Lesbos, where most people crossing from Turkey arrive, the biggest provider of legal assistance to asylum seekers is European Lawyers in Lesvos, ELIL. The organization was set up in mid-2016 by two groups representing more than a million lawyers in Europe – the Council of Bars and Law Societies of Europe and the German Bar Association.

With a small staff of mainly Greek lawyers and almost 150 volunteers from 17 countries, ELIL has provided free legal assistance to more than 9,000 people, most of whom are from Syria, Iraq and Afghanistan. This week in Brussels, ELIL will collect the Pax Christi International Peace Prize, which is awarded by the Catholic organization Pax Christi for efforts towards peace, justice and nonviolence.

"It is gratifying and inspirational to see the number of lives ELIL has touched in such a short time and the number of voluntary hours they give," said Greet Vanaershot, the secretary general of Pax Christi International.

Philip Worthington, the managing director of ELIL, says the award is an honor, and he hopes that it will help to raise awareness of the importance of ensuring that asylum seekers have access to legal assistance throughout their asylum procedure. 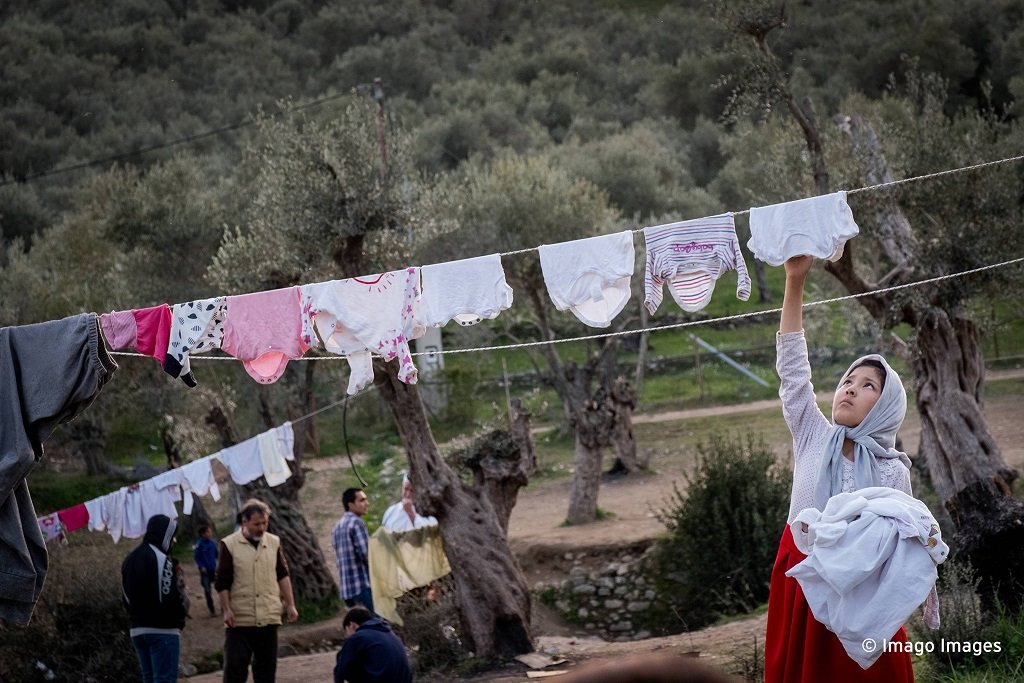 The work of ELIL and other legal aid groups in the Aegean islands is crucial in filling a vacuum left by state authorities. On paper, every asylum seeker in Greece who takes their case to an appeal is entitled to free legal aid. However, since May 2018, the state has not provided a single lawyer at either the first asylum interview or appeal stage.

For the past three years, ELIL has been one of the few providers of legal assistance on Lesbos, working mainly in Moria, where they have a container office in the Olive Grove, an informal extension of the camp. Since 2016, the group has helped hundreds of unaccompanied children who had been incorrectly registered as adults, as well as almost 200 asylum seekers being held in detention.

Most of the group's work has been providing assistance to people with their first (and in Greece, their only) asylum interview. "The need for legal assistance is at the heart of everything," Worthington says, adding that the first interview is especially important. In the Greek system, this is the only chance they have to explain their reasons for fleeing their country and why they can't return. "Everything that is said in that interview will follow the person throughout the procedure, so that first instance part of the process is the critical one."

One ELIL volunteer lawyer describes her introduction to the challenges facing asylum seekers preparing for an interview. On the third day of work on Lesbos, she meets a woman with a harrowing story. "[The woman] was the victim of sexual gender based violence. Despite this, she is not classed as highly vulnerable, so I prepare her for the questions she will be asked and emphasize the importance of her explaining, in detail, from beginning to end her reasons for fleeing and why it would be unsafe for her to return to her country.

"It is a difficult process, as she is only 21 and finds it difficult to talk about her experiences. I have to explain that her best chance of being granted international protection is if she tells her story completely. I reassure her that she can request a female interpreter and interviewer if she is not comfortable explaining her story to a male. I give her the ELIL template letter to request her interview transcript and ask her to bring the transcript back to me once she receives it so we can review it together."

The next day, the volunteer lawyer has her first family reunification case. She writes: "I am shocked at how unaware my client is about his right to be reunified with his wife, who is legally resident in Germany. I explain the reunification procedure and go through his documents with him. I consider he has a very strong case. We schedule an appointment to follow up once he has submitted all of his documents to the Greek Asylum Service, to ensure that he is able to move forward with reunification application as quickly as possible." 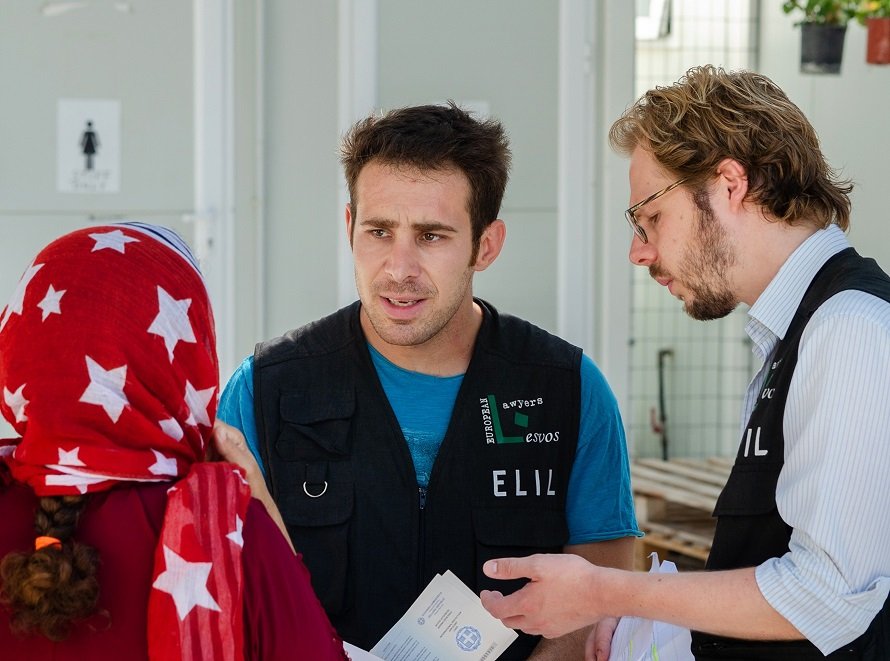 The difference a lawyer makes

It was soon after the ELIL team had set up in Lesbos that Worthington realized the full scale of the importance of their work. He met a man from Iraq who had already done his asylum interview and was waiting for the decision:

"I asked him how he thought his interview went, and he said he was happy with how things had gone and felt very confident. Then he told me what he had said in the interview. He had told the authorities that he knew Greece was in a difficult economic situation and that back home in Iraq he had been a truck driver. He said if he was allowed to stay in Greece then he'd become the best truck driver in the country, earn lots of money and pay lots of taxes.

"When I asked him why he had left Iraq, he told me his family was from a religious minority and they had been killed by a militia. He hadn't told the authorities that because he didn't want them to think he was going to be a burden.

"If you know nothing about asylum law, then that makes complete sense. But from an asylum law perspective, it was literally the worst thing he could have said. Even a brief conversation with a lawyer would have helped him to understand that."

Philip Worthington will accept the Pax Christi International Peace Prize in Brussels on Wednesday, June 26 before returning to Greece to continue his work with asylum seekers.

European Lawyers in Lesvos (ELIL) is funded by a large number of bar associations and law societies in Europe, and is also supported by Oxfam, the Sebastian Cobler Foundation and Matrix Chambers. ELIL is currently welcoming applications from potential volunteer lawyers  for the period August-December 2019.

Pax Christi is an international Catholic peace organization with 120 member organizations worldwide. The 2019 Pax Christi International Peace Prize ceremony is to be held on Wednesday, June 26 in Brussels. The award is funded by the Cardinal Pernardus Alfrink Peace Fund.